After my Flagship First flight from LAX to JFK, I was looking forward to a shower and using the American Airlines Flagship Lounge JFK as an arrivals lounge before heading in to the city. 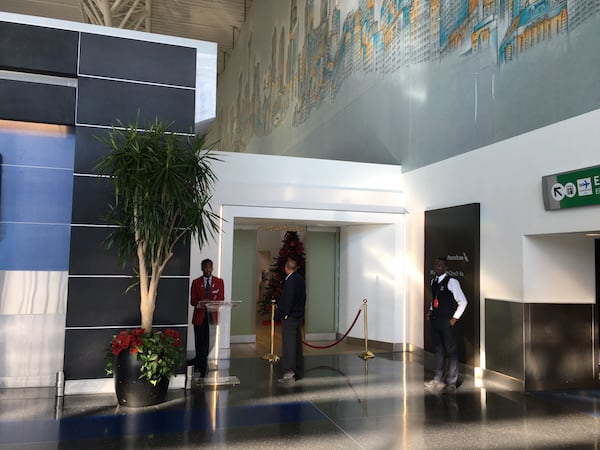 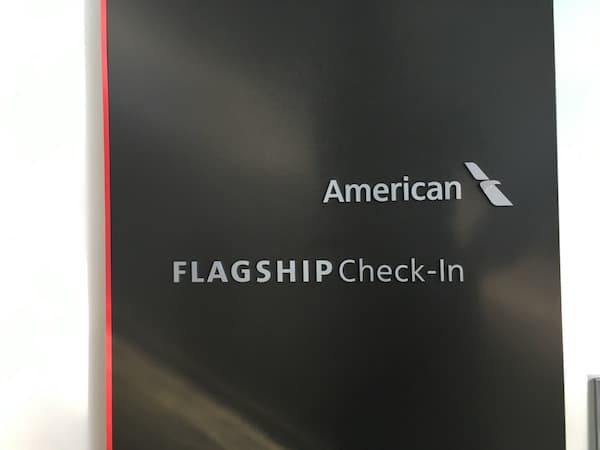 The check in area at JFK is more modern than that at LAX.  There are three check in stands to your left.  Like in LAX, I was the only passenger using the check in.  I was helped quickly and then headed out to security.  A door leads directly in to the security line.  I am TSA Pre√ and was able to cut in to the front of the Pre√ line.  Had I not been Pre√ I imagine I would have been escorted to the front of the standard line.  The only downside were the people behind me passively aggressively mumbled about how much they hate line cutters. 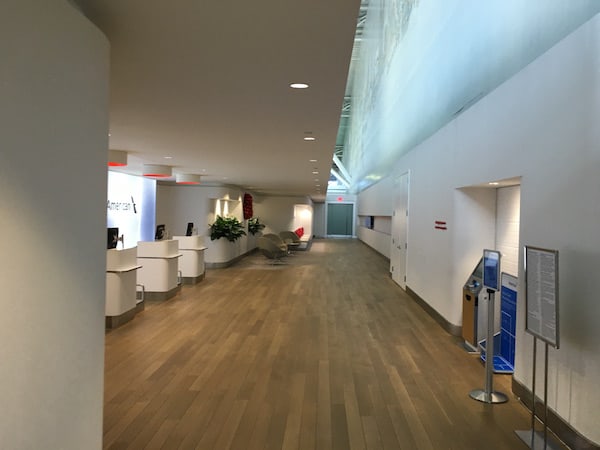 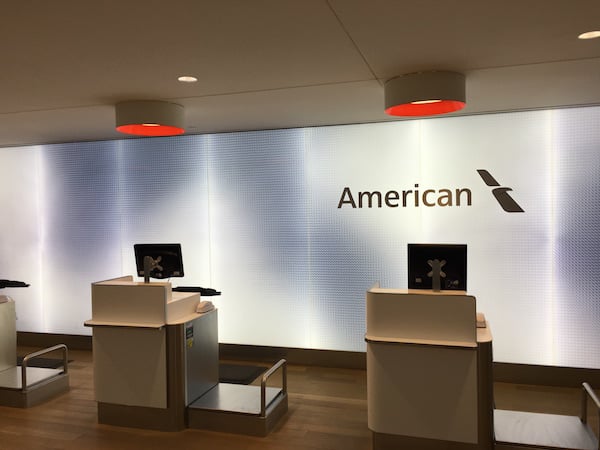 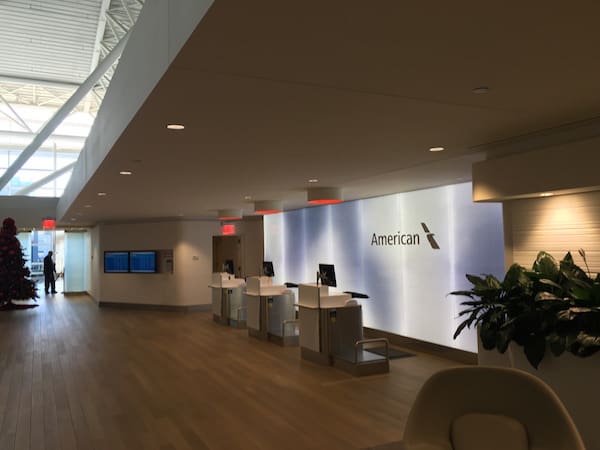 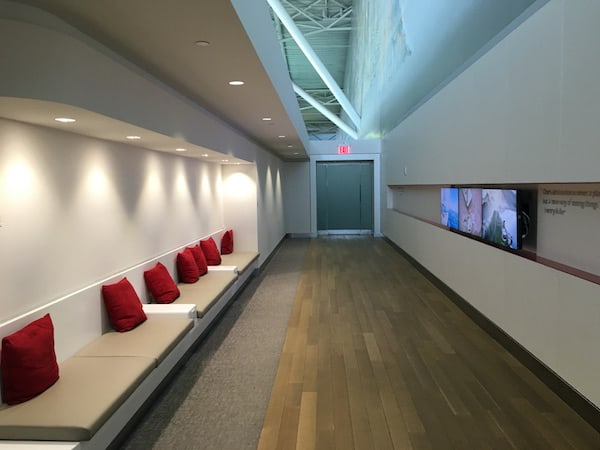 The American Airlines Flagship Lounge JFK and Admirals Club share the top floor of Terminal 8.  The elevator to the lounges is located across from gate 12.  Like at LAX, when you check in to the Admirals Club you are given a keycard to the Flagship Lounge if your ticket qualifies you.  A glass sliding door takes you into the exclusive area. 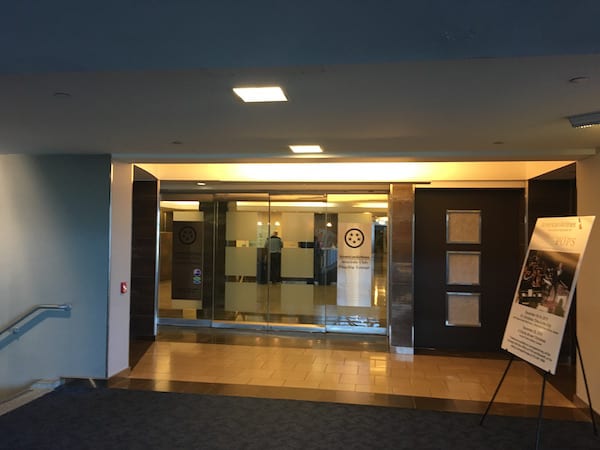 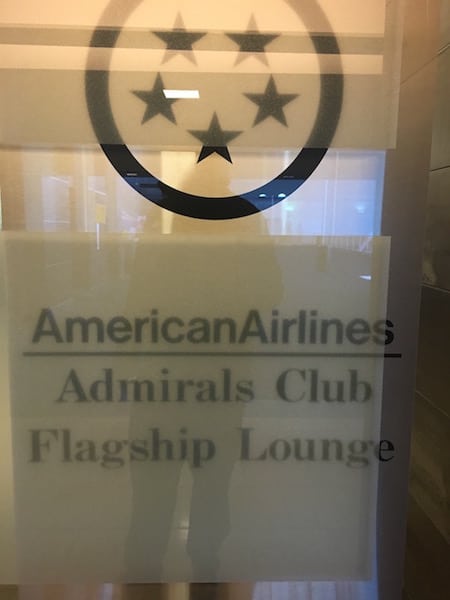 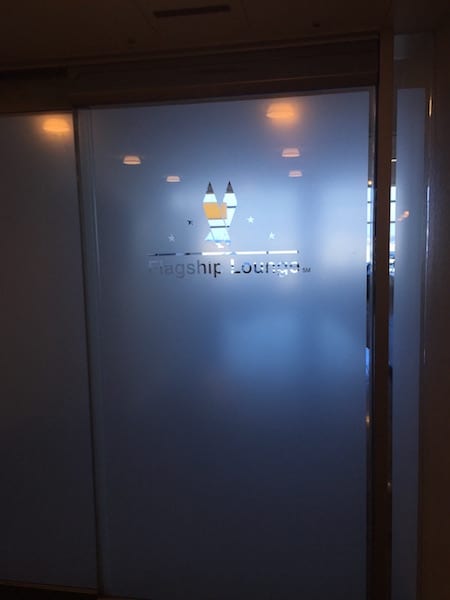 As one would expect, there is ample seating, a business center, two TVs, and at the far end, the buffet and self service bar.  As I used the lounge for both arrival and departure, I was able to sample breakfast, lunch, and afternoon snack.  The breakfast was basic but fresh and well done.  Typical American breakfast items both hot and cold.  Lunch was the exact same as the food in LAX but seemed fresher and more flavorful. 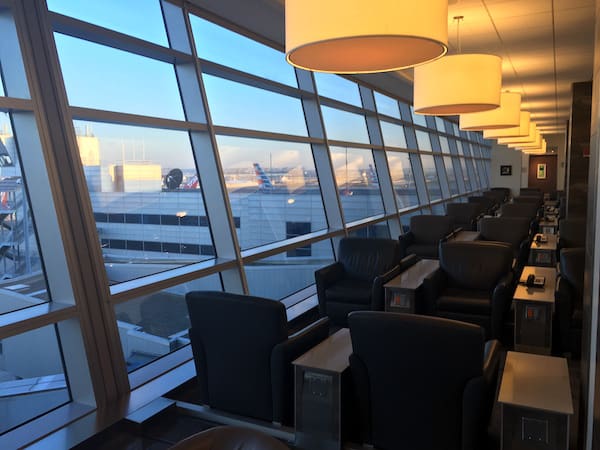 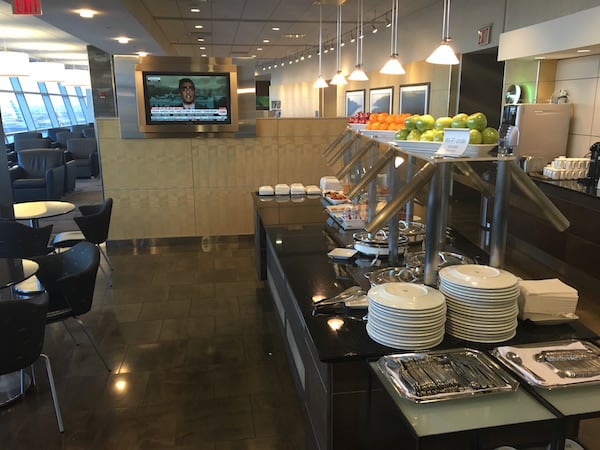 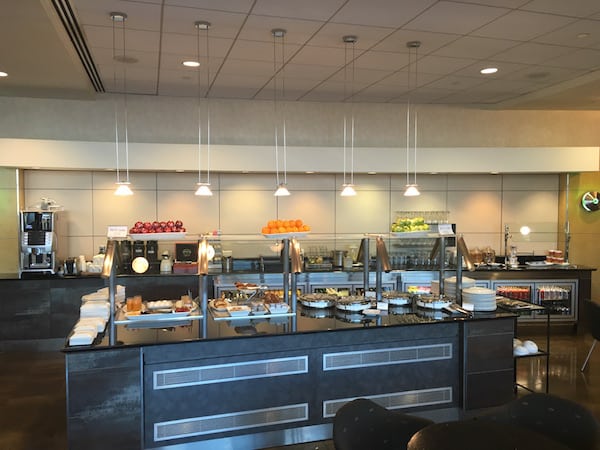 There is a self service bar with premium liquor, wine, beer, etc.  I was impressed by their beverage choices; they had cans of my favorite San Pellegrino Limonata.  Hint: Limonata and Grey Goose is a great combination. 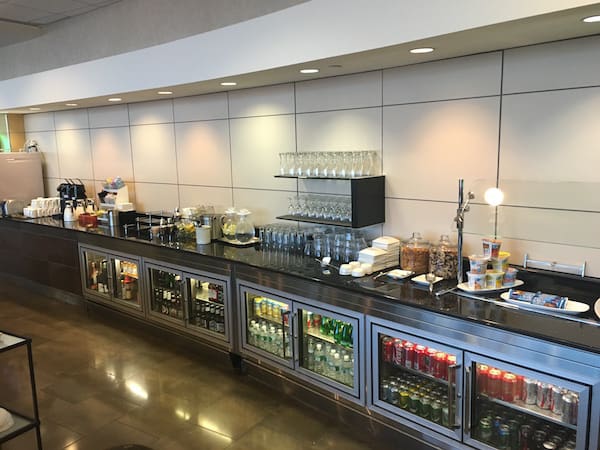 There were a number of shower rooms that were shared with the Admirals Lounge.  The towels were a bit ragged from use; they could use some new ones.  The showers were very utilitarian but nice to use after the transcontinental flight. 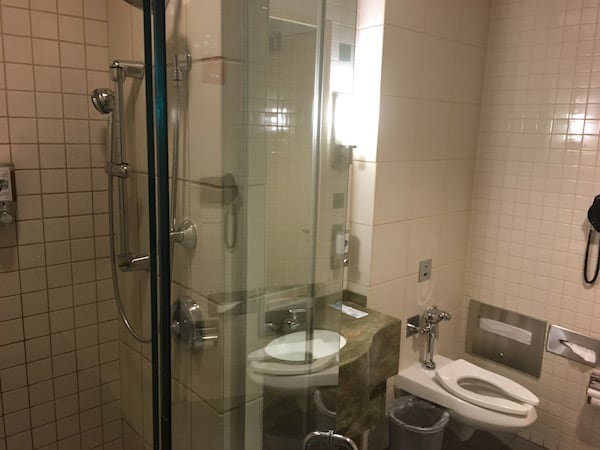 It isn’t very easy to get between terminals at JFK so if you are flying American you are limited in your lounge options.  The Flagship Lounge is not a bad place to spend some time before your flight if you have access.  It didn’t seem like there were any spectacular dining options in the rest of the terminal competing for attention either.  Luxury it is not, but like American Airlines in general, the American Airlines Flagship Lounge JFK is a decent product with little flash or personal touch.