American offers a unique domestic first class on just three transcontinental routes.  American Airlines Flagship First LAX-JFK, SFO-JFK, and MIA-JFK offers experience similar to international business or even first class.  Before boarding the flight, you get the benefit of Flagship check in and Flagship Lounge.

American flies Airbus A321 aircraft for the three class transcontinental flights that have Flagship First.  The narrow body planes feel much like 737s; single aisle with space for three economy seats on each side, boarding through the front lefthand door. 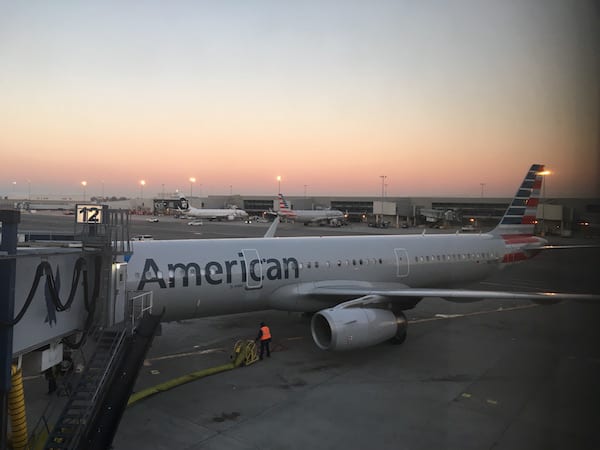 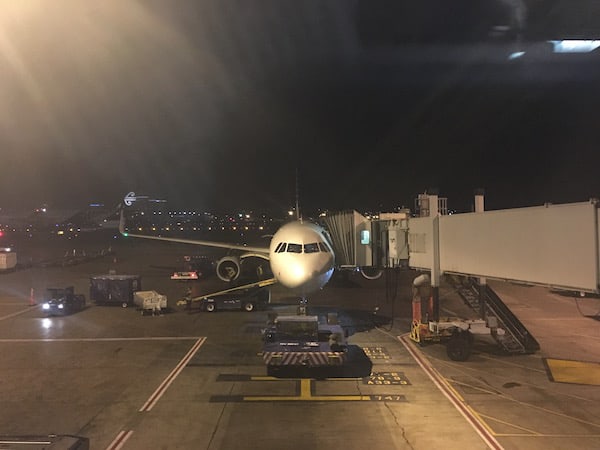 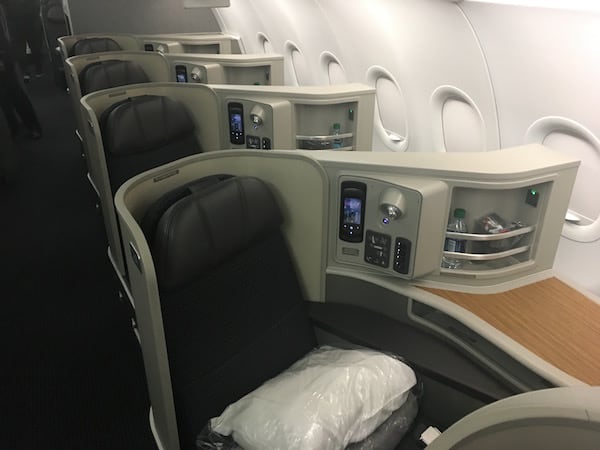 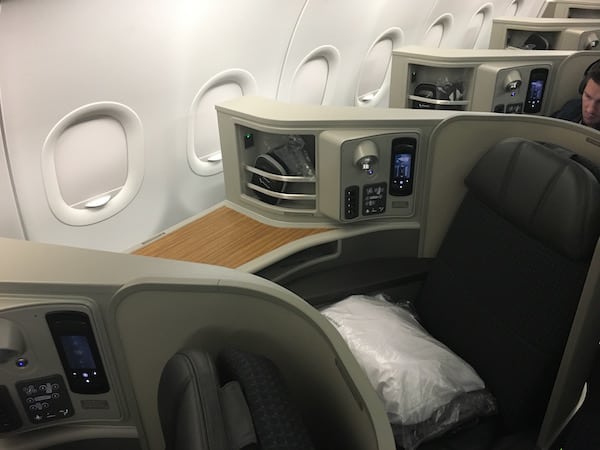 The seats are similar to the reverse herringbone that American flies on their newer international business class.  They lie completely flat and for an airplane seat make for a pretty good bed.  I flew round trip LAX-JFK with 8 hours in NYC.  My LAX-JFK flight was a red eye overnight so I was able to make use of the lie flat bed.  However since the flight was less than 6 hours it is hard to say I got much of a good night’s sleep.

While the ability to convert your seat in to a bed may be the defining feature, the seats offer other premium amenities.  You have a 15″ inflight entertainment screen that can be used from the moment you sit down.  The screen must be in lock position during take off which makes it hard to see, but after takeout it pops out for a good viewing angle.  Although I found the touch screen to work well, there is also an iPhone like remote that also has touchscreen.  There is a standard earphone jack so you can use your own headphones or the Bose headphones that are provided.  There is also a USB outlet (for charging your phone) and a regular 120v outlet for your laptop. 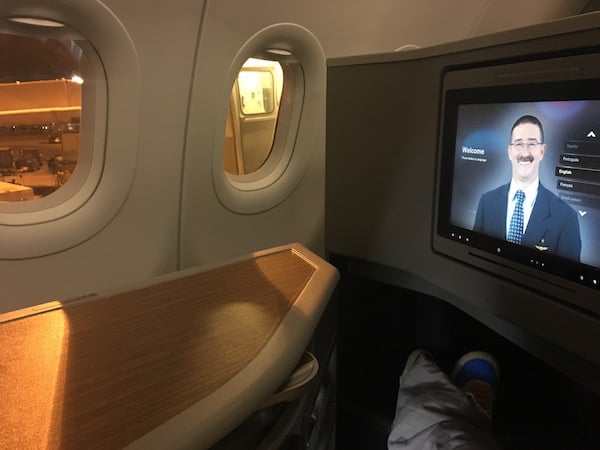 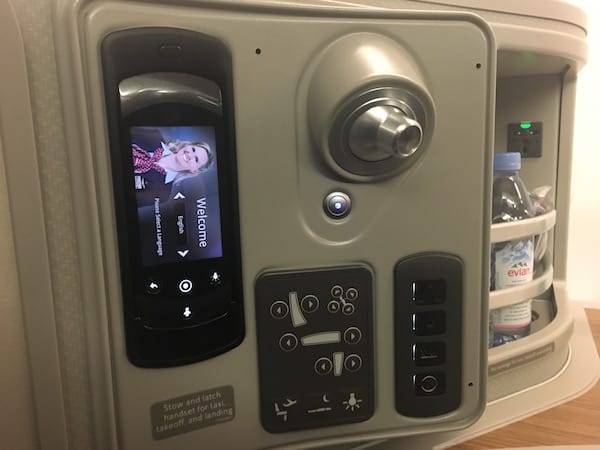 Between the seat and the window is a fixed desk.  A tray table folds out for meal service.  There is also plenty of storage; one at eye level for your water, headphones and amenity kit, a lower one for small carry on items, and a bin for your shoes at your feet.  There is one overhead LED light (that comes on gradually to get your eyes a chance to adjust) and a reading light by the remote and next to the seat controls. 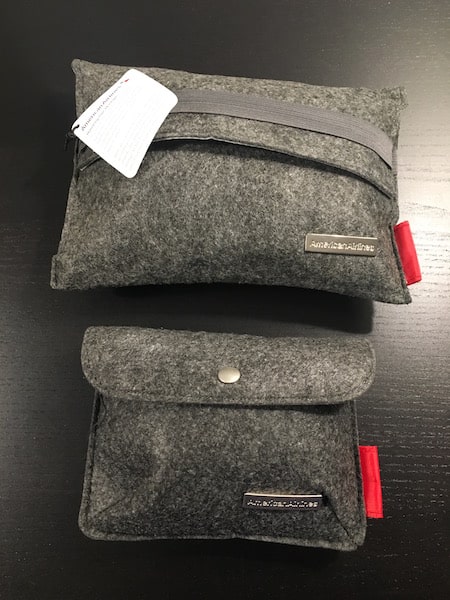 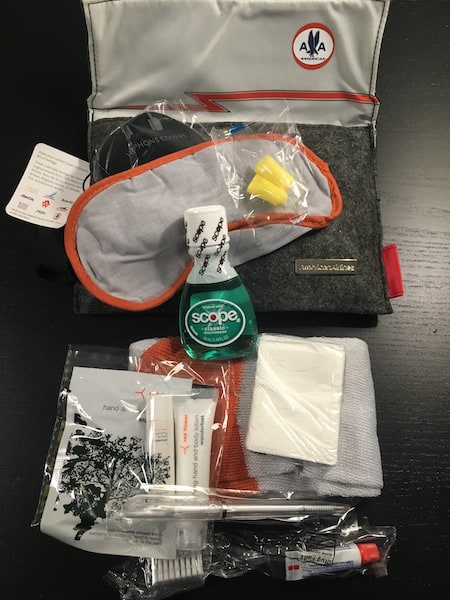 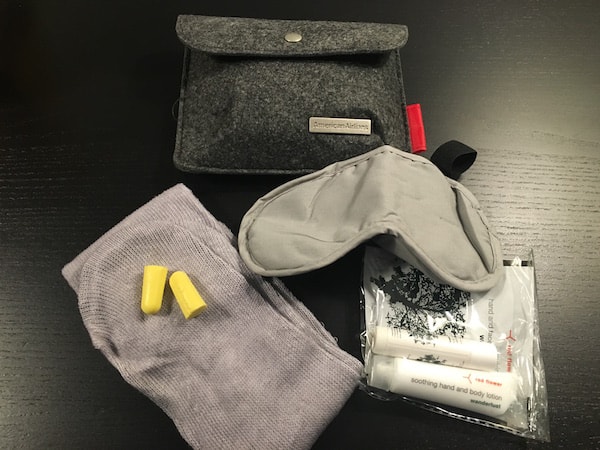 Snack service on my overnight flight was efficient with all courses served at once.  After being served champaign and a bowl of nuts, I was served a cheese and fruit plate with pita and dip.  The standard American bread basket was brought around and I chose my favorite pretzel roll.  Ice cream was served later but I slept through it.  Just before landing scones and peach smoothies were served. 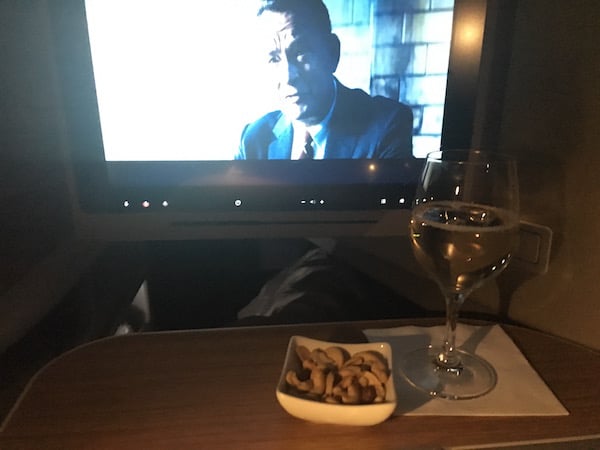 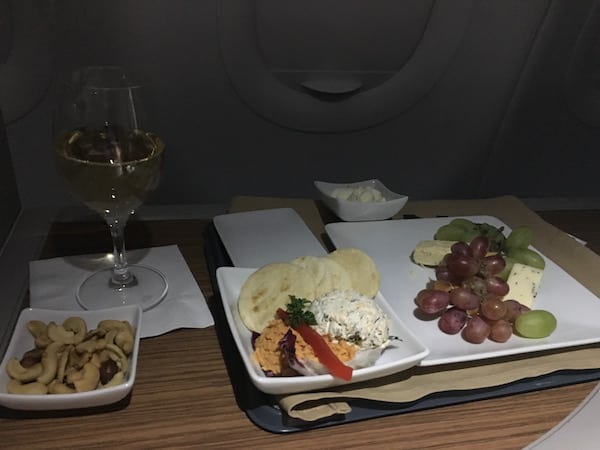 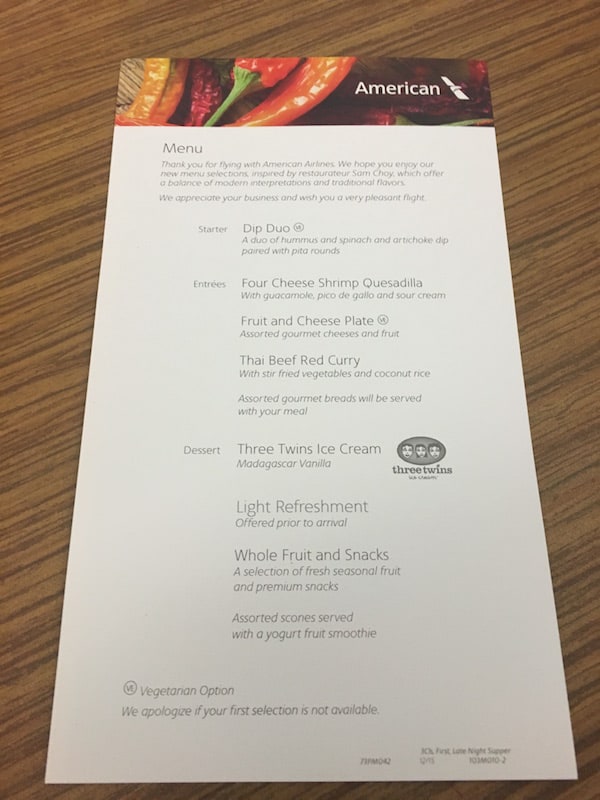 On my return flight, which was during the day, the more standard meal service was provided.  Four separate courses were served. First was your choice of starters (I picked tomato and goat cheese strata), followed by salad and main course.  I had delicious chicken sliders with a creamy dipping sauce.  Made to order ice cream sundaes were dessert.  A warm cookie with a glass of milk was served before landing. 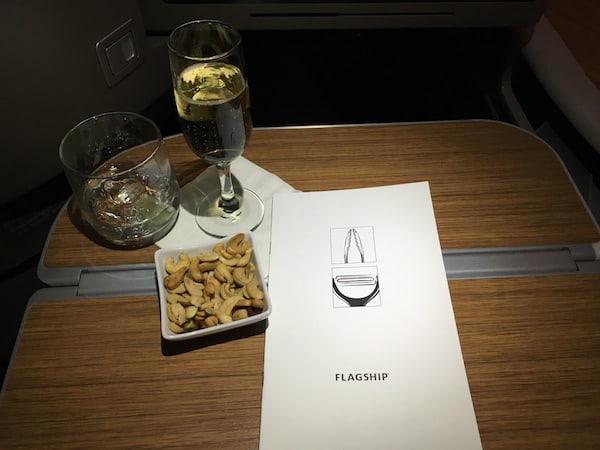 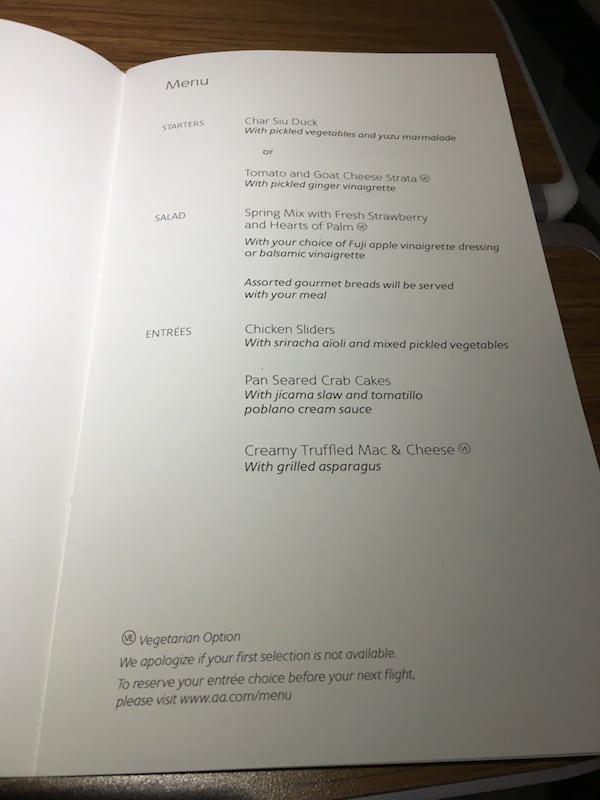 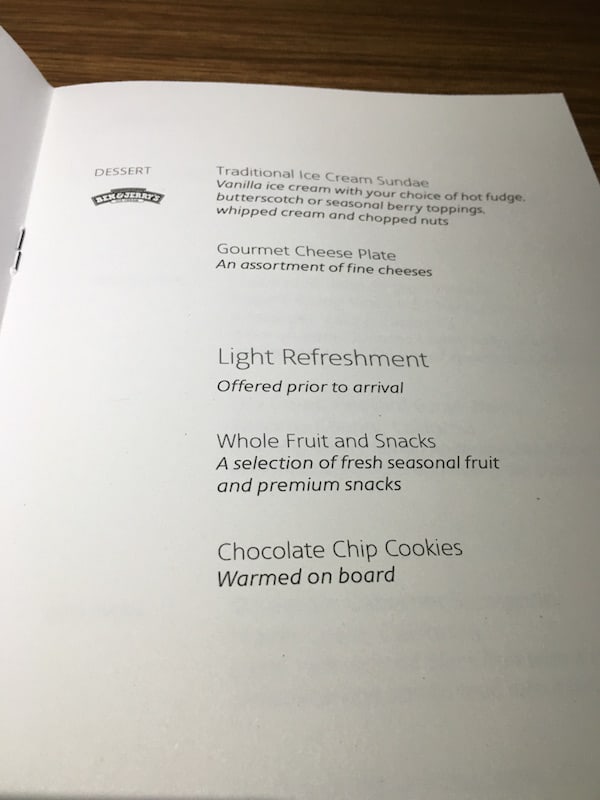 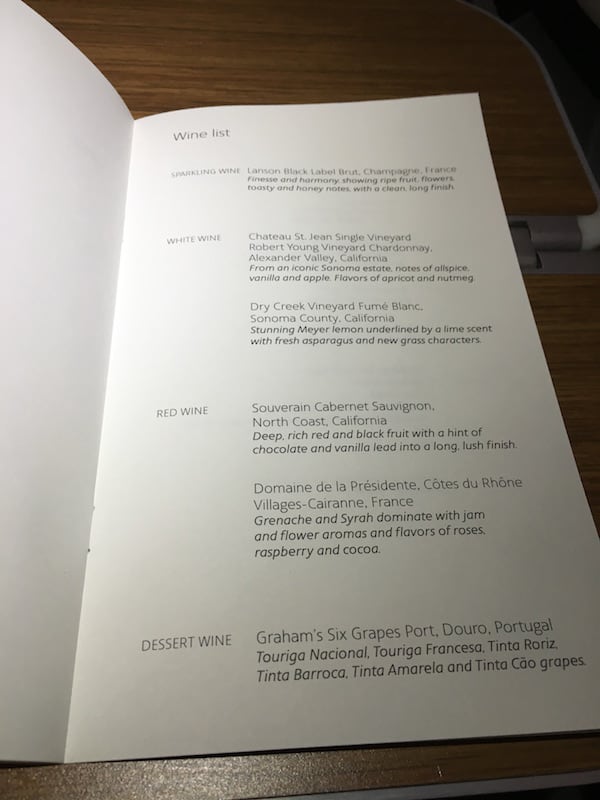 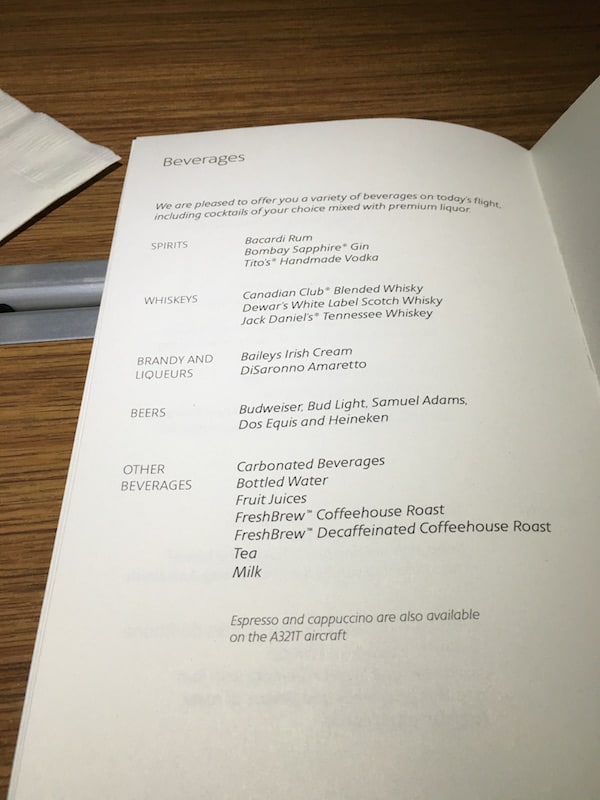 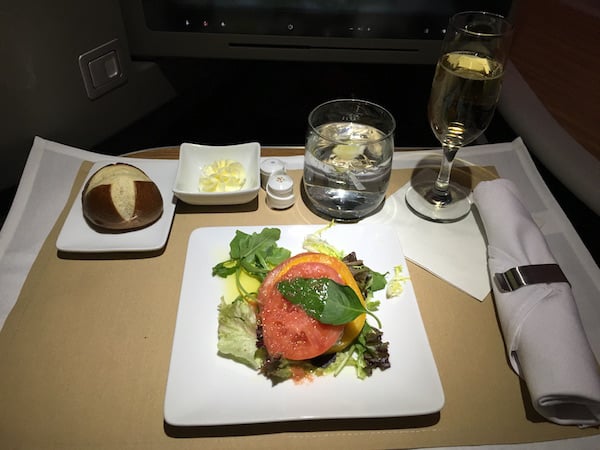 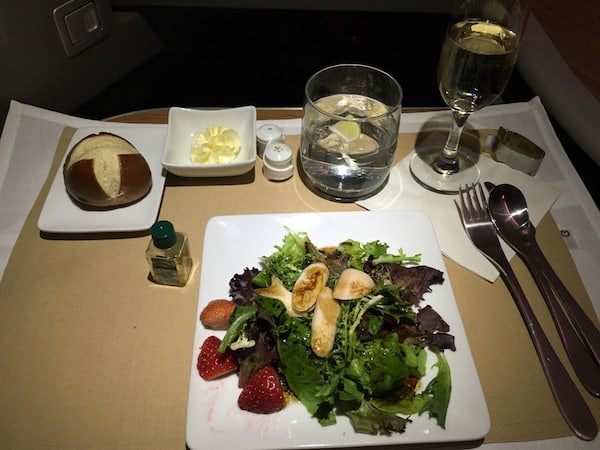 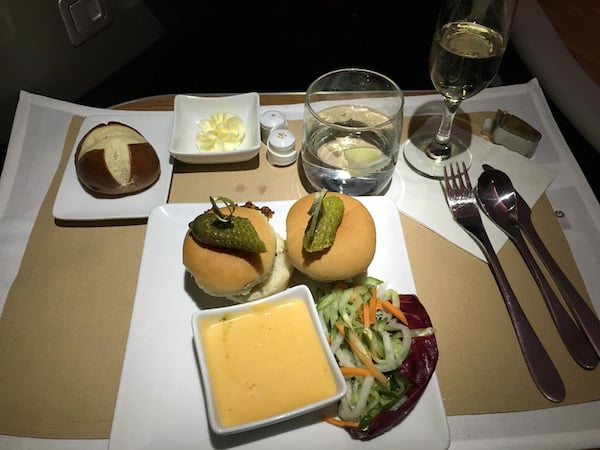 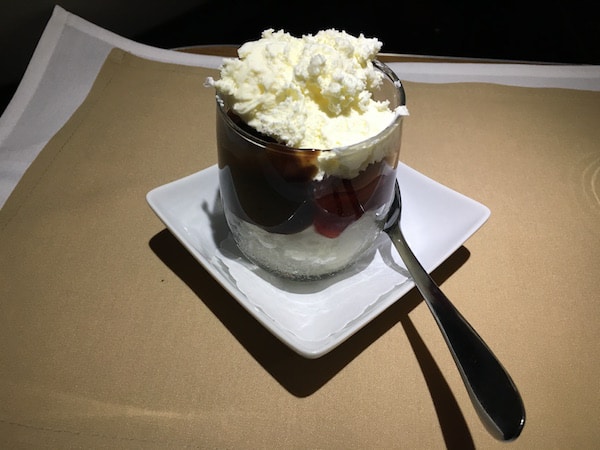 I was quite impressed by the quality of food and the service; much better than I experienced on AA international business class on my trip to Beijing.

Although I haven’t tried Delta One, I can’t imagine a more comfortable way to fly from coast to coast.  American Airlines Flagship First LAX-JFK is a quick 5-6 hour flight that feels even quicker in the luxury that the Flagship service provides.