This post is focused on the Admirals Club DEN where I spent time on my status run with American Airlines.  You can read more about the planning of my trip here.

Side note before starting: I am writing this post on my brand new Acer Chromebook 11 that I purchased for $95 that came with 12 free Gogo Internet passes (ht to Shawn for alerting me to the Amazon deal).  Oddly enough it couldn’t connect to the free session, so Gogo hooked me up with a free pass that doesn’t count towards my 12 free passes.  Thanks Gogo!  The laptop is great for only costing $95.  The strange thing is there is no caps lock key.  Not sure who would design a computer lacking caps lock, but so be it.

The first leg of my crazy 36 hours took me from SEA to DEN on Alaska.  I wanted to credit the miles to AA so I could reach Platinum, so I switched the mileage plan number to my AAdvantage number.  The problem with this, I realized, is that cancels out MVP Gold benefits.  Still I got 17A on the 737-700 which means I had tons of leg room as there was no seat ahead of me.  Luck would have it that I had no one in the seat next to me either.  I had more room than I would have in First!  Not too bad.  If only I could have had my free drink.

Upon my arrival in Denver I had a two hour layover.  My departure gate was opposite of my arrival gate; a whole 50 feet to walk.  I decided to go check out the Admirals Club DEN to pass some time.

The Admirals Club DEN is located at the base of the sky bridge in Concourse A.  If you find a large art installation of a railroad crash, you are almost there.  Of note the lounge is advertised as the Admirals Club and British Lounge.  Most of the guests seemed to be preparing for their transatlantic flight. 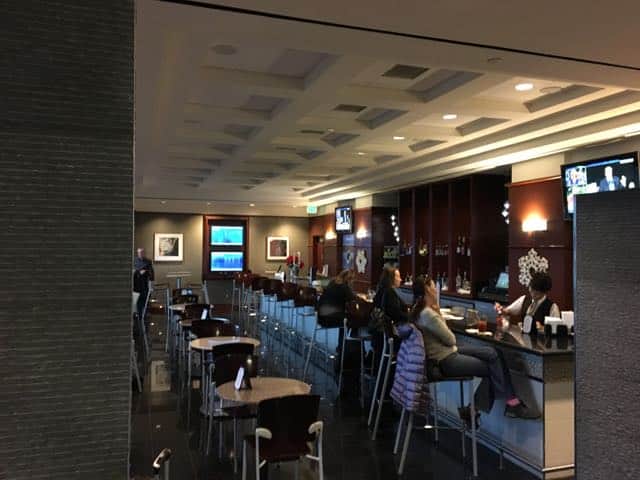 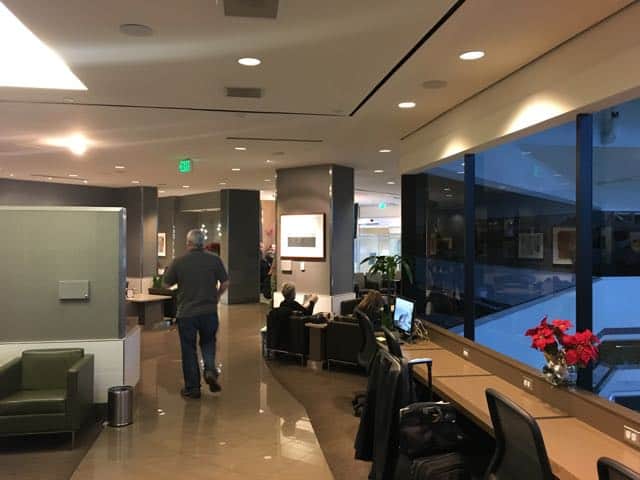 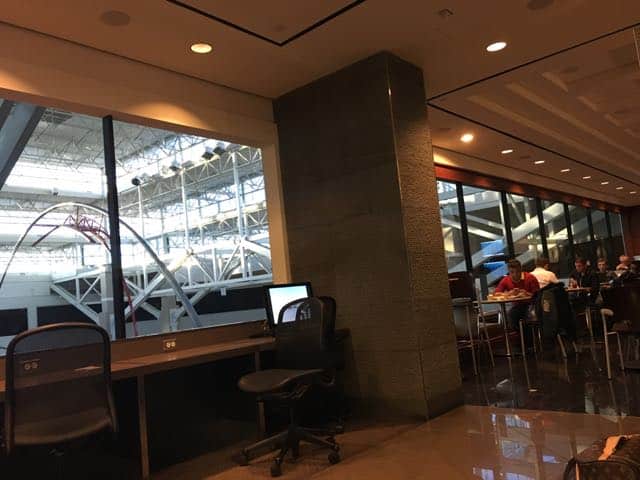 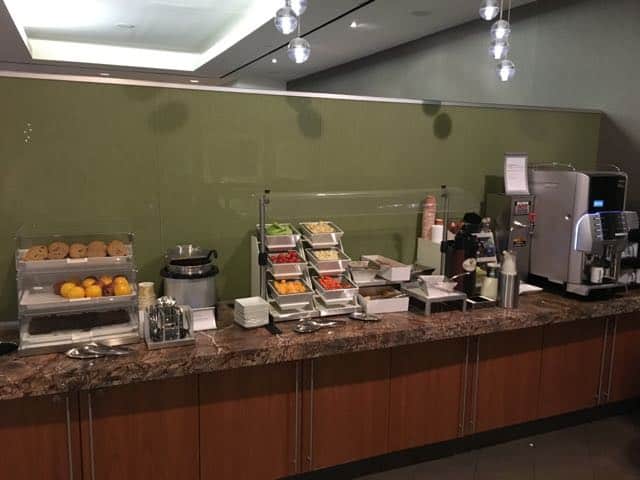 While I have Admirals Club access through my Citi Prestige credit card, I also had access due to the fact that I was same day travel in First on a three class transcontinental flight (LAX-JFK).   However, the computer system didn’t recognize this.  The staff was mystified so instead of pushing the issue I just handed over my Citi Prestige card.  I was also given a drink chit — Grey Goose and Soda here I come!

The Admirals Club DEN was pretty typical of other Admirals Clubs I have visited.  Meaning it is average.  The facilities are showing their age.  Hopefully American will be updating this lounge soon with their upcoming overhaul.  The layout of this particular lounge was quite funky.  After the check in desk there is a quiet reading room to your right and open seating ahead and to the left.  A child’s play room is just off the open seating.  Snacks are in the middle.  Past all of that is the bar area.  There computers along the interior window.  Note that there are not views from the lounge; it looks out into the terminal not out at planes.  The lounge felt dark at 3:00pm.

Oddly there are no restrooms in the Admirals Club DEN.  You must exit the lounge and use the restrooms shared with the USO lounge.

The staff were quite attentive both at the bar as well as throughout the lounge with cleaning up and clearing dishes.

Snacks were the usual Admiral Club fare; cheese cubes and baby carrots, humus, olives, cookies, brownies and snack mix.  There was a deluxe coffee machine and self serve soda fountain.

There was plenty of seating and outlets.  Wifi was quick.

Overall the Admirals Club DEN is a fine place to kill some time while waiting for your flight, but not much more.

My flight from Denver to LAX was more impressive than I expected.  I was in 1A on an American Eagle flight (operated by Compass Airlines) on an Embraer 175.  This meant that I had a window and aisle as their first class is 1-2 across. 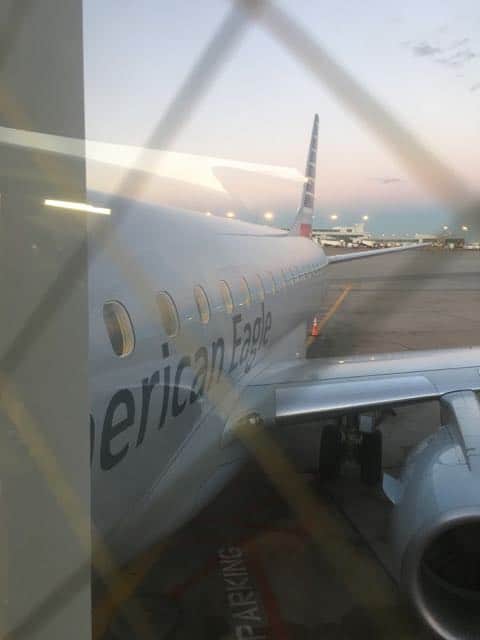 While it is flown by Compass Airlines, the food service is American and was actually rather impressive for a 2.5 hour flight.  The flight attendant called it a prosciutto plate.  I would call it an antipasti plate.  Prosciutto, artichoke hearts, sun dried tomatoes and olives with some pita rounds.  A salad with some kale and goat cheese as the side and a pumpkin cheese cake slice for dessert.  Also came with a side of nuts (I’m not sure why these weren’t served with a drink at the beginning, but oh well). 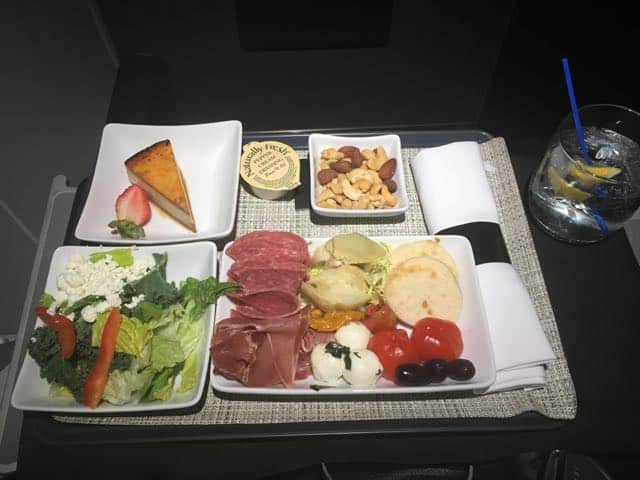 The flight arrived 10 minutes early and we sat on the runway waiting for a gate to open up.