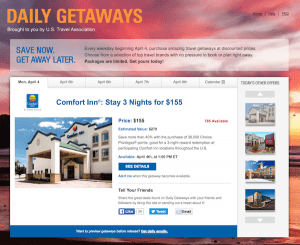 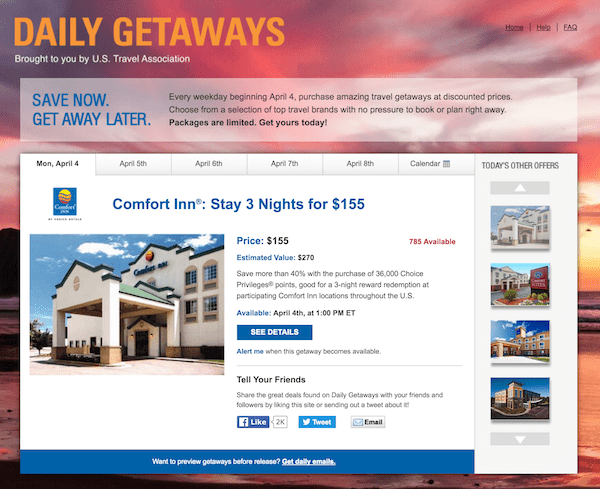 The US Travel Association is once again running its Daily Getaways promotion.  Beginning April 4 there will be a different offer for a limited time each day.  As was the case last year, there is no added discount for using an Amex card as there has been in previous years.  You can find discounts on rental cars, hotels, and theme parks.  In this post I calculate the Daily Getaways 2016 valuation for the hotel offers.

Likely the most popular offers will be for the hotel stays that, for the most part, come in the form of loyalty points.  Below I have created a grid that shows the cost per point for each of the hotel point offers. 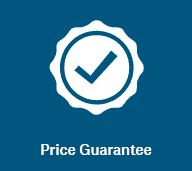 Earlier this year I wrote about the Alaska Airlines Price Guarantee.  I always encourage people to book direct with the hotel, airline, or rental car agency.  Not only do you usually get the best rate, but you also don’t have to worry about a third party middle man screwing things up. … Read more 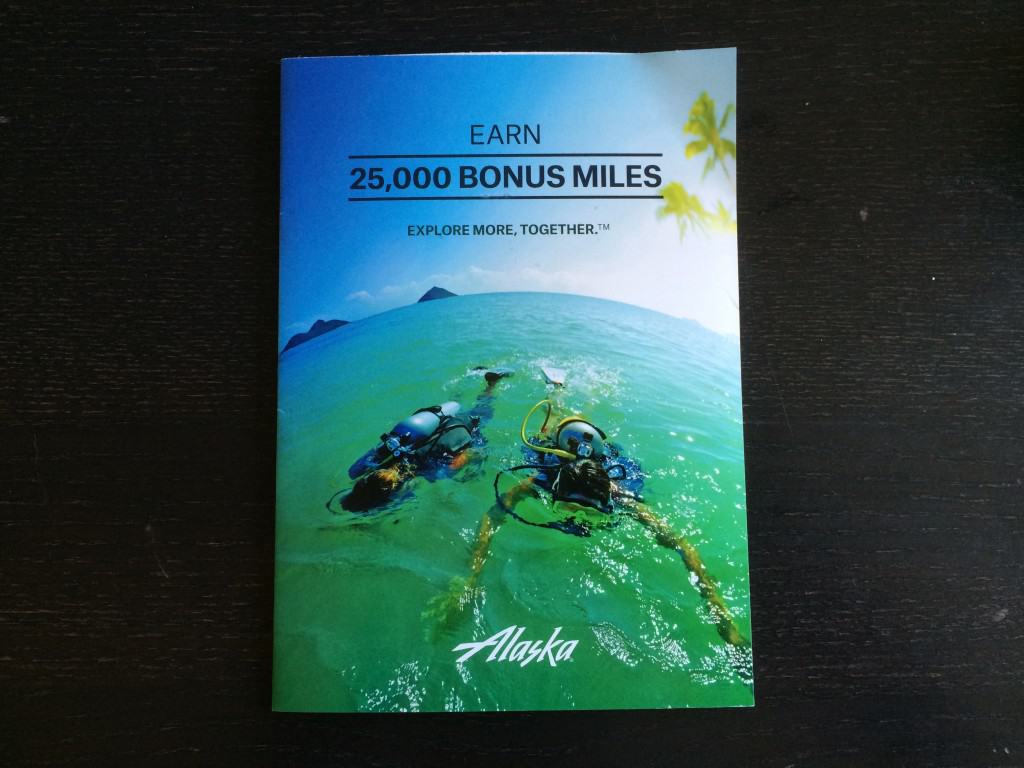 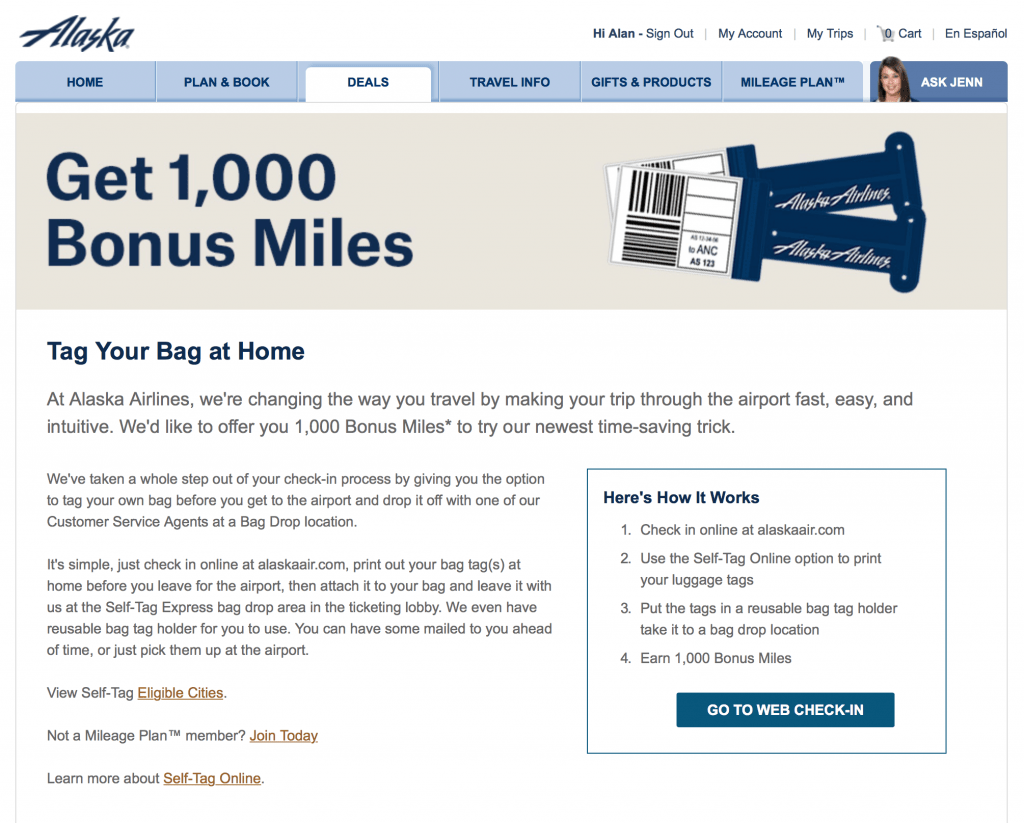 Here is an easy way to get 5,000 free Alaska Airlines miles just by printing out your baggage tag at home.

EDIT: The promotion is over.  If you would like to sign up for an Alaska Airlines Visa card you can get 25,000 miles upon approval.  LINK Full disclosure: if you are approved I also get a bonus of 2,500 miles. You may also be able to find an offer with a $100 credit by starting to purchase a ticket at Alaska’s website and then looking for a credit card sign up link before payment.

You can even request a free tag holder here:  http://www.alaskaair.com/content/travel-info/baggage/self-tag-express.aspx

Note that you DO need to have a Mileage Plan number and it must be attached to your reservation.  Here are the full details of the offer: Last week there was some buzz over a (possible) mistake fare from Dubai (DXB) to Austin, Texas (AUS) on British Airways and partner airlines, all in First Class.

I use the term “mileage run” in the title of this post, but really it is hardly a milage run for two reasons:

Mileage runs are usually cheaper (this one, for me at least, worked out to be 7.4 cents per mile).  And having a one way from the middle east is not super helpful.

I learned about the deal while in Disneyland with my nephew and other family members and only had my iPad available to work on the itinerary.  I booked through the devil OTA because by the time I was ready to pull the trigger, BA.com had already caught the mistake fare and removed it (but Expedia was still live).  I wanted to make sure that all my segments were in First Class (some BA flights from LHR to US cities do not have a First Class, only Business).  My ticket has been confirmed and I even was able to choose my seat.  Others in the Flyer Talk forum have not been as lucky, no clue why mine ticketed while others have not yet.

Here is why I decided to book this deal:

Here is an easy way to get a free weekend rental with Avis good for a two-day, full size rental. In the past I wrote about how easy it is to get free status with rental car companies if you have a MasterCard World Elite, including the popular Arrival + … Read more