Last week Alaska Airlines announced the purchase of Virgin America.  At the press conference, two important dates were given in the merger process.  First, as of December 19 (today), members of Alaska’s Mileage plan would be able to earn miles when flying on Virgin America.  And Virgin America Elevate members would earn points when flying on Alaska.  The second date is January 9 when Virgin Elevate members will be “invited” to activate their Mileage Plan accounts.  I would guess that status match from Elevate to Mileage Plan will also be offered at that time.

This morning details of additional changes to Alaska Airlines Mileage Plan have been announced.  These changes are in addition to the ability to earn miles when flying Virgin America.  Alaska is calling these changes a “Game Changer” in the airline world.  But is it snazzy ad speak or is it really going to shake up the airline world? 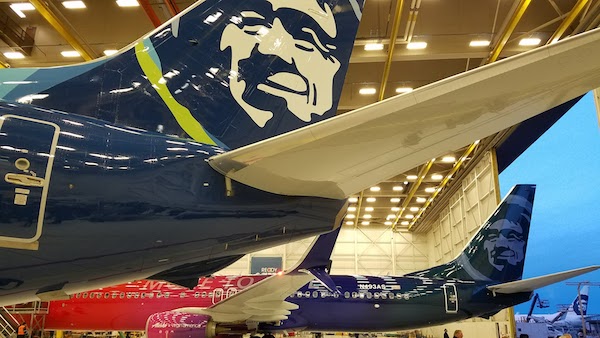 Typically I don’t suggest redeeming Alaska Mileage Plan miles for domestic flights as you can get a lot better value out of international redemptions.  However, today’s cheaper Alaska Airlines Mileage Plan award tickets allow for domestic redemptions at a cheaper rate.  Alaska is now pricing award flights based on distance flown.  All flights start at either the same or cheaper rates than previously!  Good news!

Here are the new redemption rates:

Previously the cheapest one-way award flights were for flights under 700 miles in length.  Intra state (within a state) started at 7,500 miles.  Flights across state lines started at 12,500.  Now those same flights start at 5,000 miles for redemption.

For example, Seattle to Spokane (intra state) previously started at 7,500 miles (except during award sales).  These flights now start at 5,000 miles.  I checked availability and almost every day in February had a flight on this route for 5,000 miles.

Looking at the same month for Seattle to San Fransisco also has a good number of days where you can find at least one flight for 5,000 miles.  A couple of random dates I looked at had every single SEA-SFO flight available for 5,000 miles.  Though flights in summer months were 12,500 miles.  Not sure if that is a seasonal thing or if they just haven’t all been updated yet.

That means with the Alaska Airlines Visa card sign up bonus of 30,000 miles you can take 3 round trip flights between Seattle and the Bay Area.  Not bad.

Flights over 2,100 miles in length (Seattle to NYC for example) remain the same; starting at 12,500 miles one-way.

Note that the taxes and fees remain the same.

With these cheaper Alaska Airlines Mileage Plan award tickets it seems like Alaska is really going hard at becoming the force to be reckoned with on the West Coast where most of these shorter, cheaper award flights will be redeemed.

As previously announced, award tickets are now eligible for complimentary upgrades based on passenger status with Alaska Airlines Mileage Plan.

Changes to Earning on Partner Airlines

Also announced today is an increase in miles earned when flying certain international partner airlines and crediting the miles to Alaska Mileage Plan.  Note: not surprisingly, American and Delta are missing (as well as KLM and Air France, both Delta affiliates).  Aeromexico is also missing from the list.  As of April 30, 2017 Delta will no longer be a partner of Alaska Airlines for earn or redeeming miles.  We all thought this was coming, but now it is official.

Commitment to Remaining Distance Based

Many airlines have switched to a revenue based model of mileage earning.  Ultra discounted fares on many airlines no longer earn miles.

Alaska, in the past, has said they are committeed to staying “distance based” — meaning even on cheapest fares, you still earn a minimum of one mile for each mile flown.

At Alaska Airlines, we remain committed to our miles-based program. While many other airlines are heading in a different direction and simply looking at how much people spend, we’re focused on rewarding people across the board for how much they fly.

More info on these changes can be found at http://www.alaskaair.com/gamechanger

Do you think these cheaper Alaska Airlines Mileage Plan award tickets and increase in earning rates on partners is a true “game changer”?