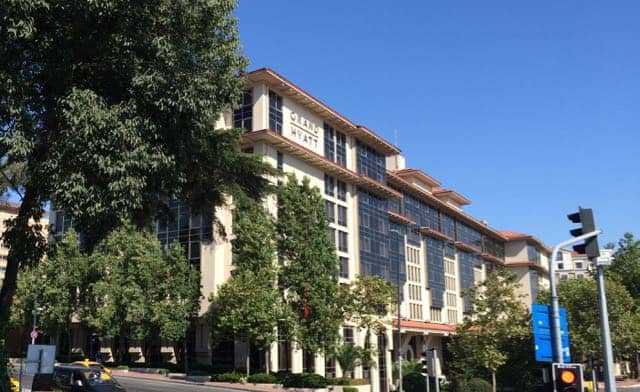 Location: The property is just a couple blocks from Taksim Square.  Istanbul is divided into three distinct areas: Old Town (with all the historical sites), New Town (known as Beyoglu) across the Golden Horn, and the Asian side of the city across the Bosphorus.  The Grand Hyatt is in the modern area of the city but it is easy enough to get wherever you want to go.  I suggest the Big Bus hop on hop off tour (tickets are available for 100 TL at the hotel) which has a stop at Taksim Square.  You can also take the Metro from Taksim, or hop on the funicular to the waterfront and hop on the street car to the Old Town to see the Spice Market, Grand Bazar, Hagia Sophia and Blue Mosque.

If you would rather take a taxi, it is about 25 TL to the old town and about 70 TL to the airport.

Check In: All vehicles arriving at the hotel have to go through security before being allowed on property.  Guests must also walk through a metal detector before entering the hotel, however it seemed more of a formality (this is not TSA).  The lobby is understated but opens up to the Mezzanine where the restaurants, spa and access to the pool are located.

The staff at the desk were very professional, however not many details were given about the property.  I wasn’t given the option of whether I wanted points or the welcome amenity as a Diamond member; the agent just said he would give me the points.  However, later that evening a fruit plate and bottle of wine were delivered to the room; a nice touch. 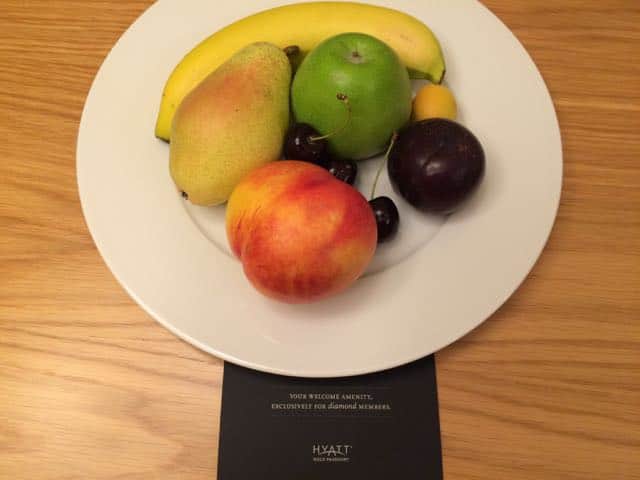 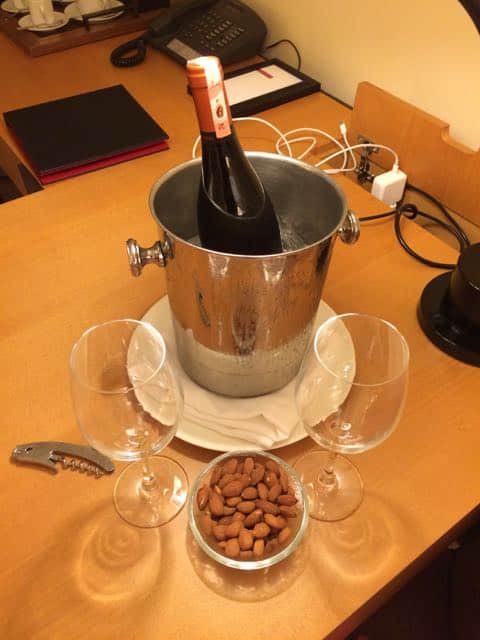 I was given a Grand Suite Twin (as requested since I was traveling with a friend) with “pool” view on the 4th floor.  The room was on the corner of the building and if you squinted out of one of the windows you could just see the pool.  I would call it a “back entrance” view as we looked out at the alley and staff entrance.  I was also a bit disappointed that the room wasn’t on the Club floor; however those were about the only complaints I had during my entire stay.

The only other complaint is the elevator system.  You have to use your key to get to your floor, however the key reader only worked about 1/5th of the time.  I ended up missing my floor a couple of times because the elevator was called to another floor before I could get my key read. 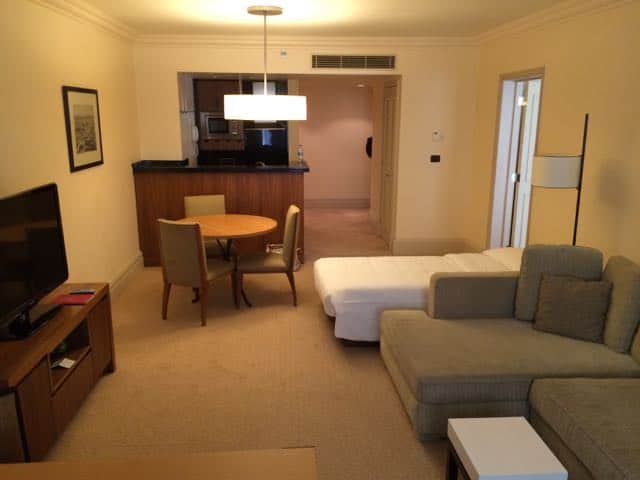 The Room: The Suite was extremely large and had a total of three beds.  For some reason they brought up a third bed and put it in the living room, which was nice as it allowed my friend and I to have our own space and privacy.  The room itself has a small hallway that opens in to a dining room/kitchenette.  The kitchen has a stove top, microwave/oven combo, sink, and small fridge.  The living room with large L shaped couch extends from the dining area.  A desk/office area is at the end of the living room.  The bedroom (that is separated from the living room with a door) is in the corner of the building and has windows on two walls.  The bathroom is off the bedroom. 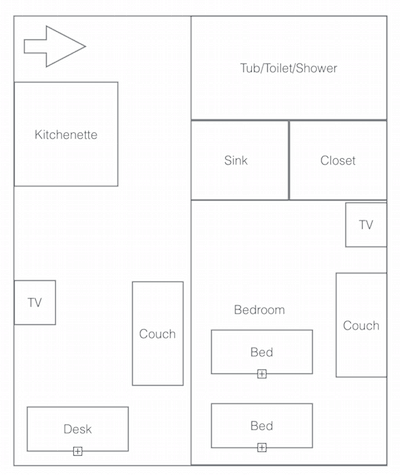 The beds were very comfortable; I believe there was an egg crate foam pad on the mattresses.  The temperature can be controlled separately for the living room and bedroom.  I never heard a peep from neighbors or the outside. 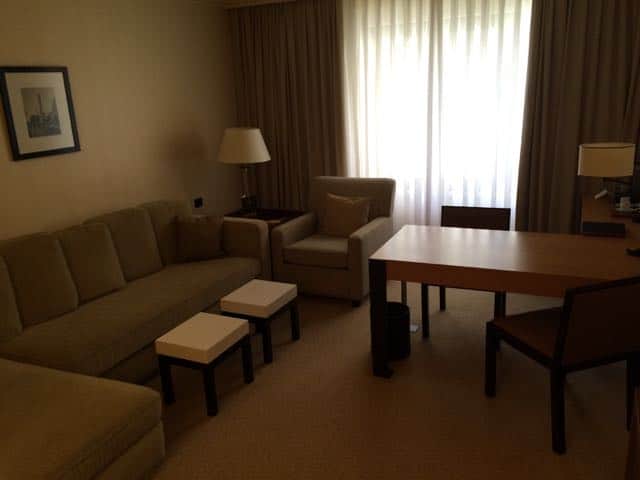 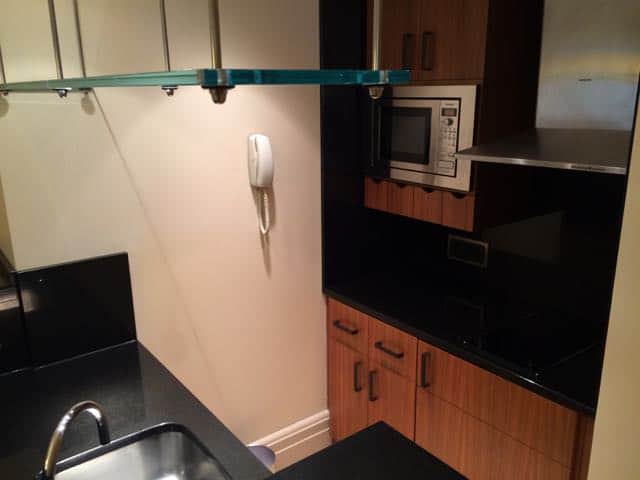 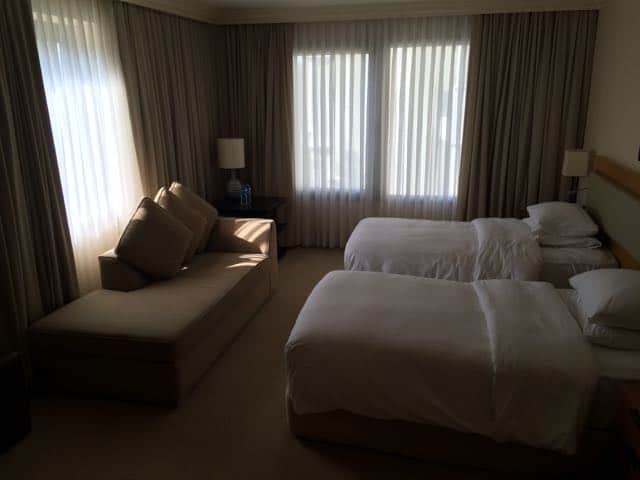 Water bottles and bowls of candy were replaced everyday. 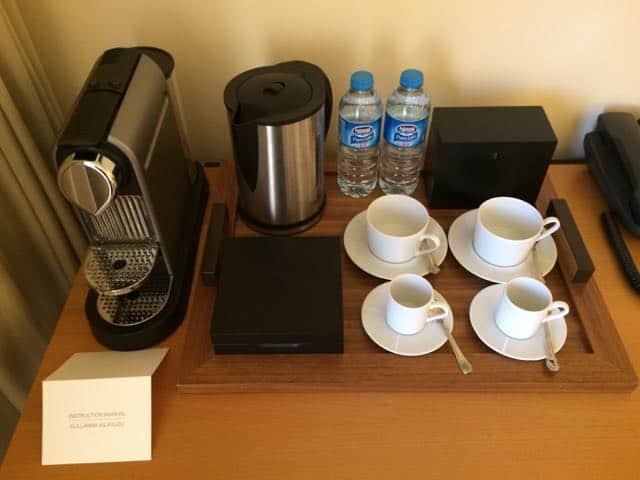 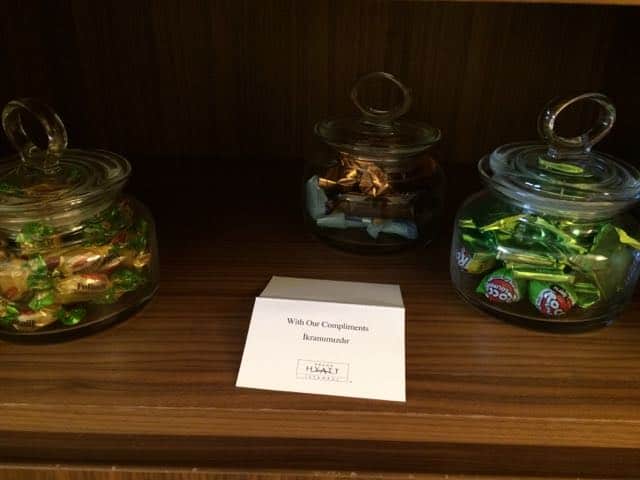 Bathroom: The bathroom had a large walk in closet with safe, sink area, and separate toilet/shower/tub area.  The vanity was only a single sink, which is always a bit disappointing.  The deep soaking tub looked nice but I never used it.  The shower was small but had both a rain shower and hand wand.  Everything was very clean and plenty of large towels and robes were provided. 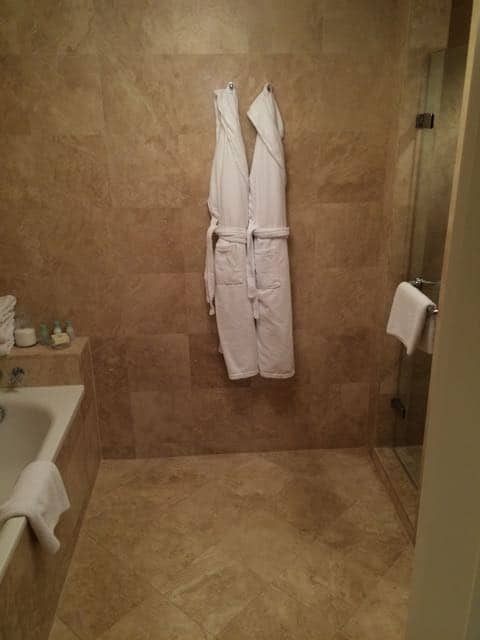 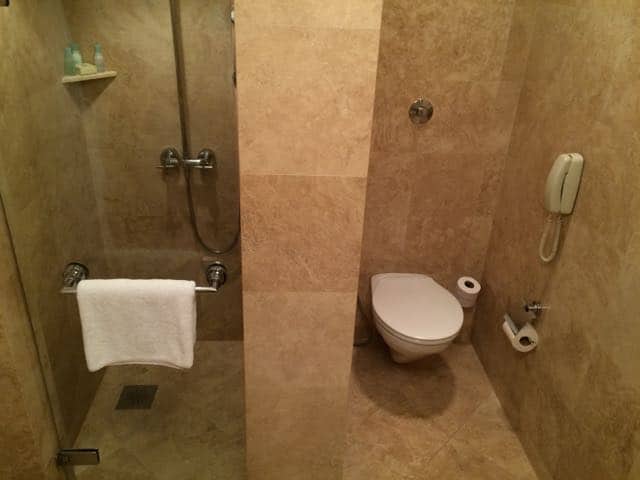 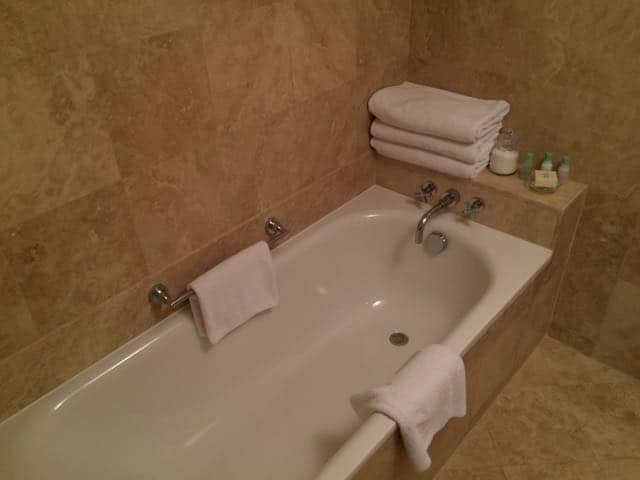 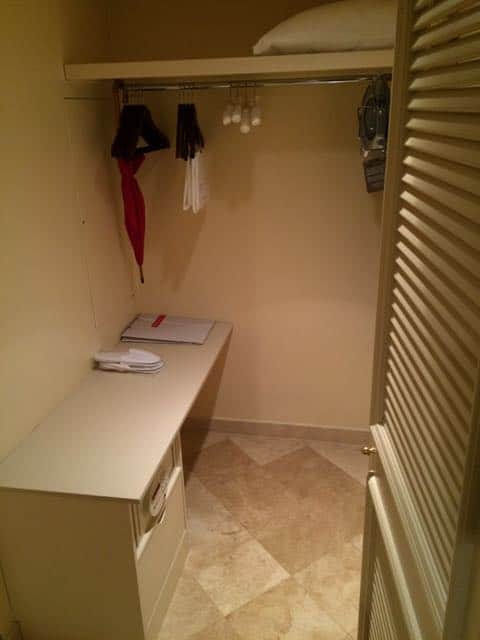 Pool: The grounds of the hotel are beautiful.  The pool is quite chilly and is only open during the summer.  There was also a small kid pool but no hot tub.  Comfortable lounge chair surround the pool on various levels of terraces.  There is a bar that served mediocre drinks that were rather expensive.  Pools and free water bottles are available as well.  I was there in the heat of the summer and the pool was always crowded.  If you wanted to get chairs together you would probably have to arrive early. 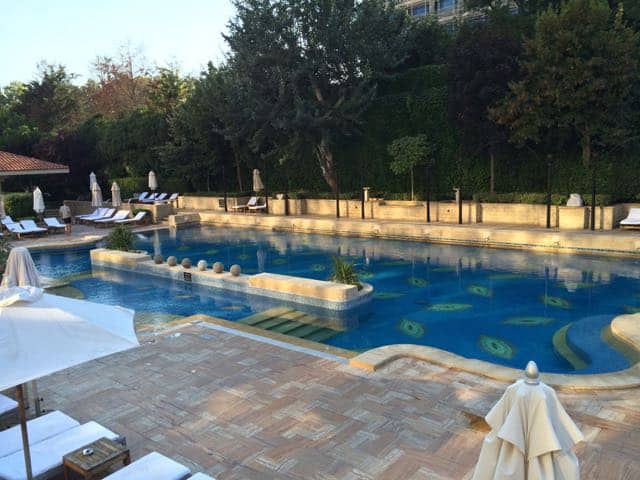 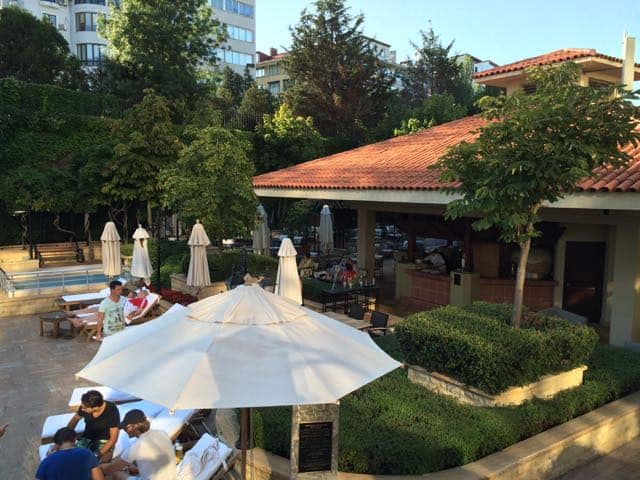 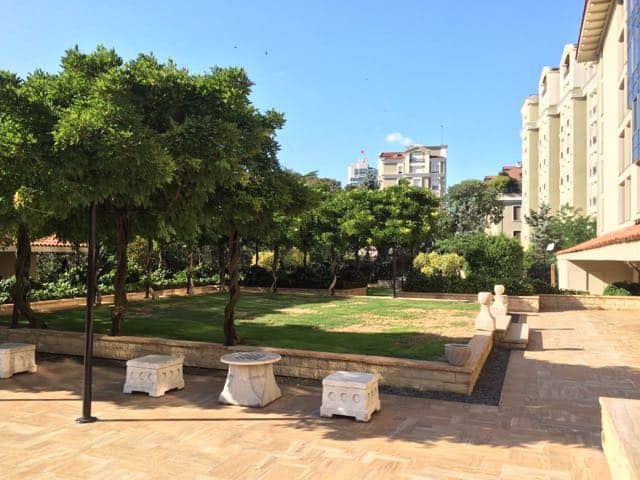 There was also a spa and gym, however I didn’t check those out… if you read my blog you know that I rarely visit the hotel gym.

Grand Club: If you are a Diamond member or book a room on the Club floor at the Grand Hyatt Istanbul, you receive access to the Grand Club.  Breakfast is served daily and includes a large buffet as well as a menu with a couple of egg and meat dishes should you chose to order.  During the day there are non-alcoholic beverages and small snacks.  Happy hour is 6-8pm each day and was lavish; though it is billed as appetizers we had it as our dinner one of the nights.  Mixed drinks, beer and wine were also served.  The staff was phenomenal, bringing you drinks and clearing your plates with efficiency.  The homemade baklava is tasty. 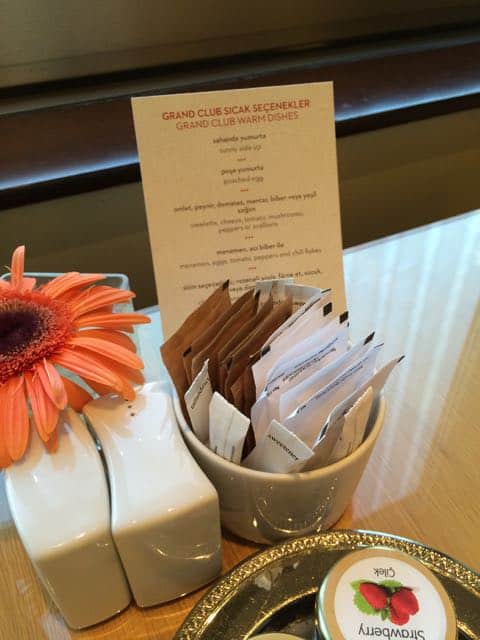 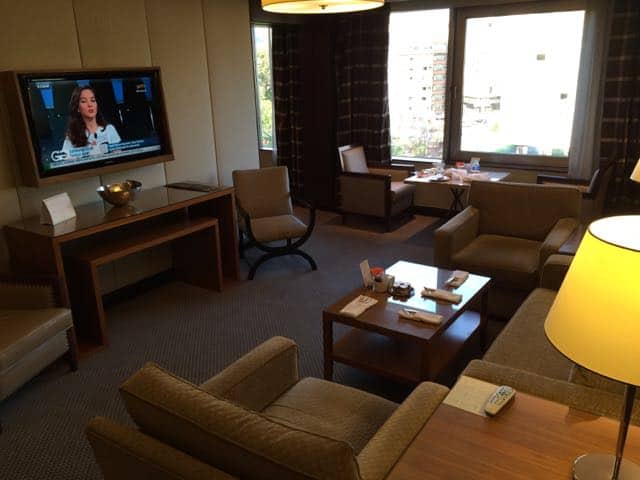 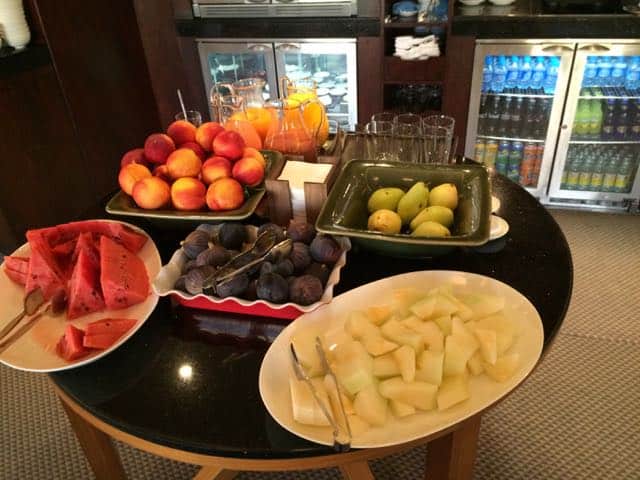 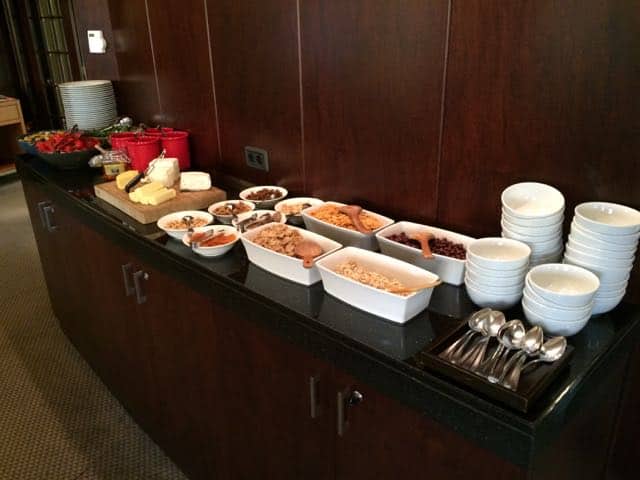 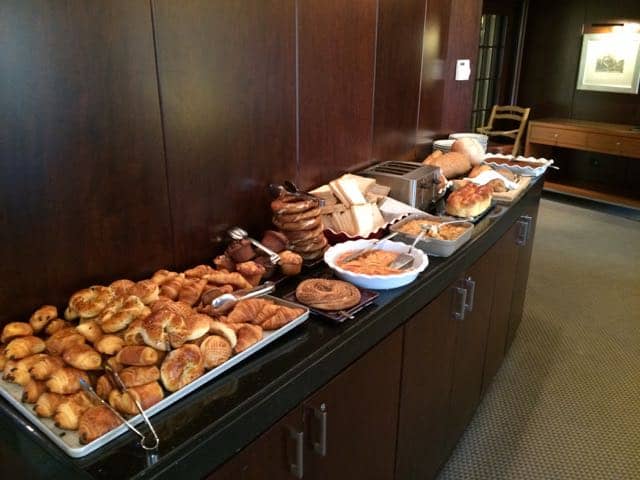 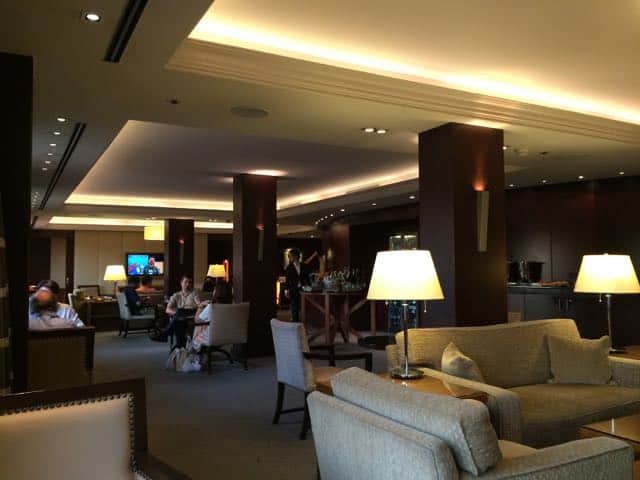 Staff: As I said before, the staff at the Club were amazing.  One night we asked a staff member about one of the desserts, which we thought might be turkish delight.  She explained it wasn’t, but then sent one of the other staff down to the restaurant and brought us a bowl of homemade turkish delight at no charge.  Definitely above and beyond. 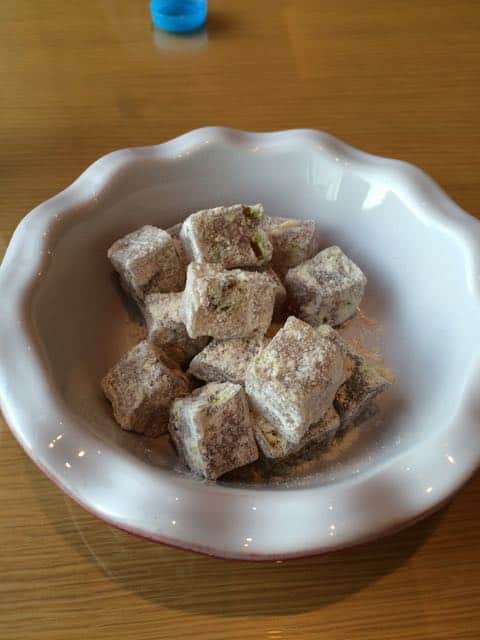 Overall: I would not hesitate to recommend the Grand Hyatt Istanbul to fellow travelers.  However, it is obviously a chain hotel.  There are plenty of options of more intimate, charming properties especially in the old town.  But if you are wanting a good place to stay where you know service will be top notch, Grand Hyatt Istanbul is a good option.