Currently when flying, at least in the United States, you must notify the airline if you are male or female.

United has already made the change.  It allows passengers to select other genders when ticketing, but it must match their government issued ID. 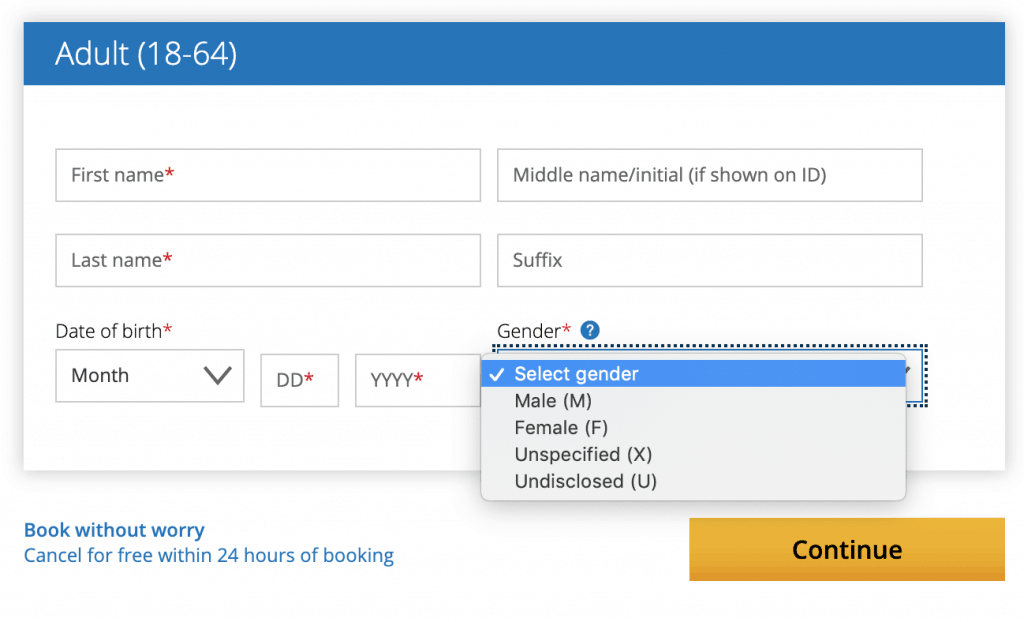 I have heard the reason that airlines ask for gender is to help them in their weight balance.  The average male weighs more than the average female.  I cannot imagine this data is actually that helpful however.  Being more inclusive makes sense as airlines try to appeal to the LGBTQ+ communities.

JetBlue says on their website the reason they force the gender binary is because of the TSA using gender to differentiate passengers with the same name.  Which, simply doesn’t make sense to me.  How often has gender helped them differentiate two passengers? 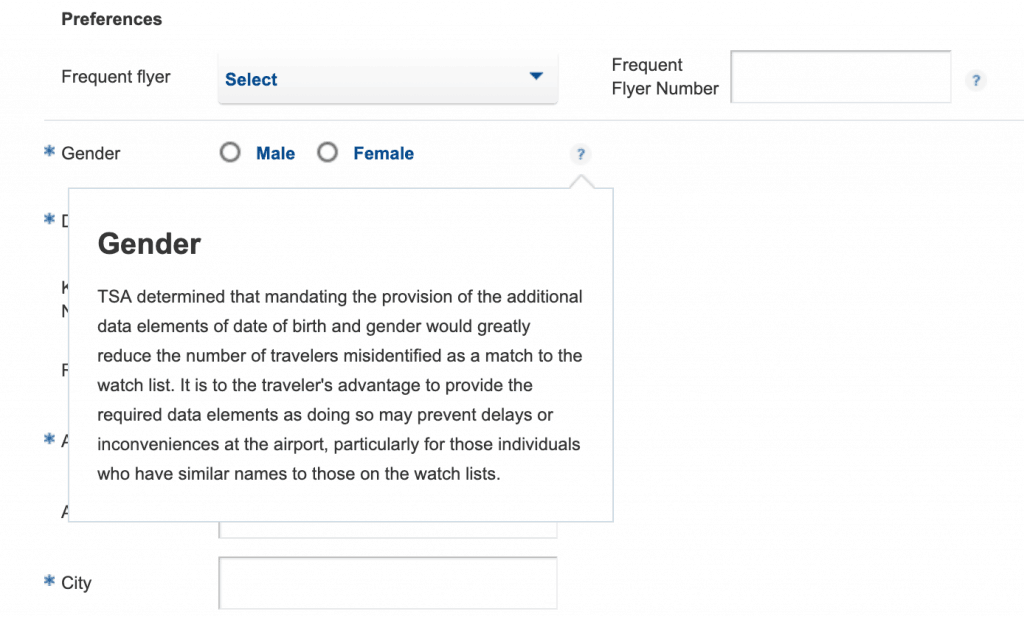 Another possibility is that airlines collect gender to provide the info to the TSA in the case of a need for a pat down.  However, TSA doesn’t receive passenger info at the security check points so I don’t think this is the case.  I believe that it is TSA agents making a call on gender for pat downs based on their observations.

Gary Leff has a post on an incident with a TSA screener encouraging a passenger to change their hair style or pay for cosmetic surgery in order to fit better into the gender binary.

Transgender equity has a ways to go.  Airlines offering a non-binary option is a place to start.

Of the major US domestic airlines, United is the only one that currently offers non-binary gender options.  Alaska Airlines, for example, currently forces a choice between Female and Male.  It will be interesting to see if/when they update their gender options. 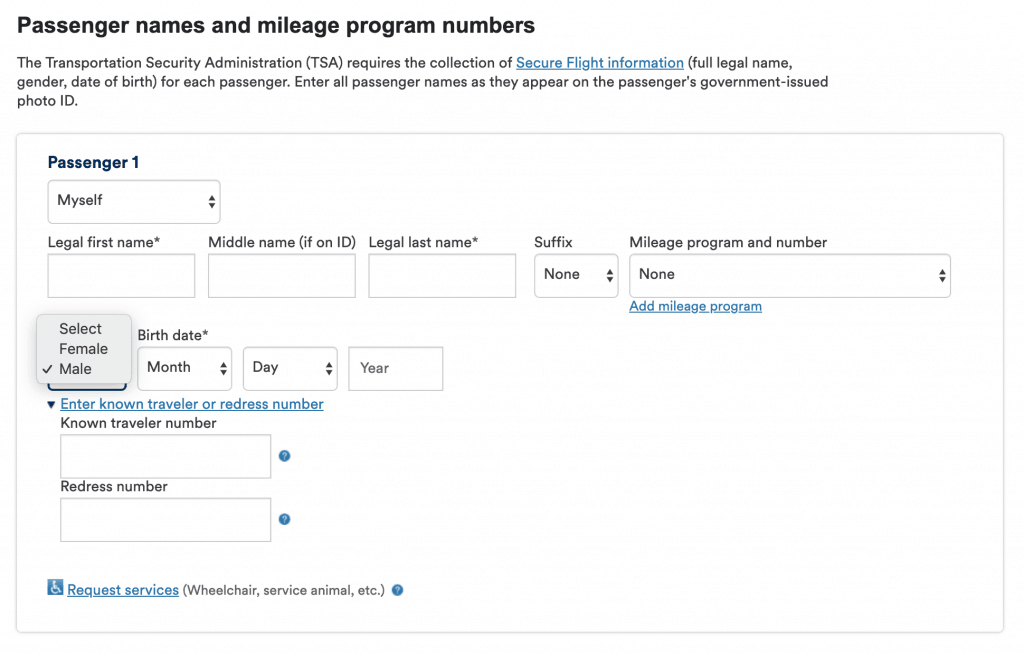 American and Delta Airlines have the same restrictions.

As does Hawaiian and Southwest. 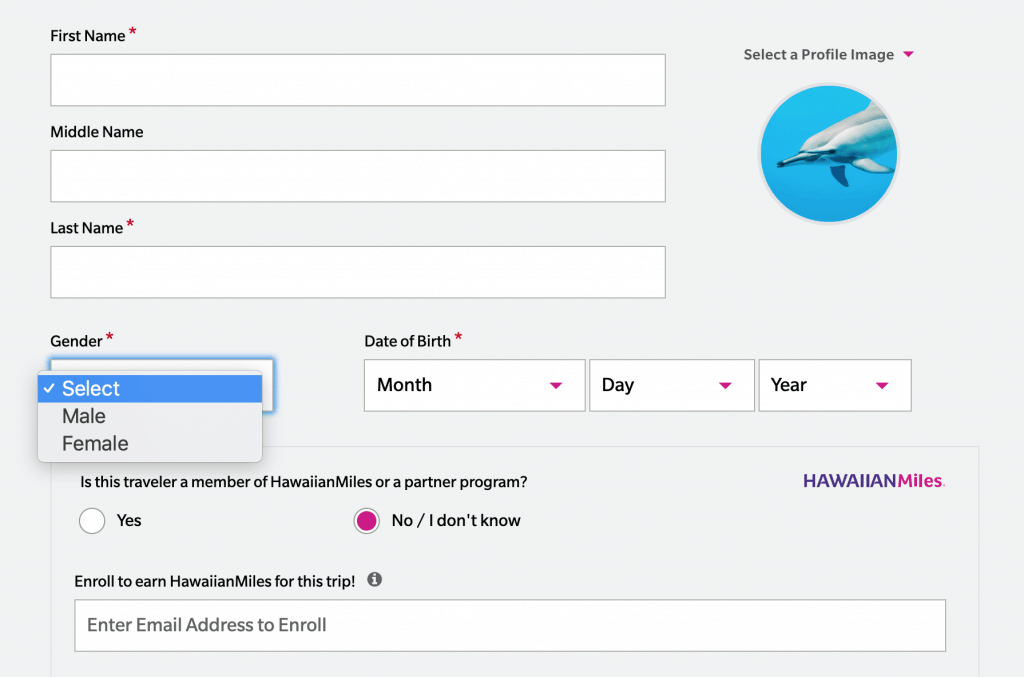 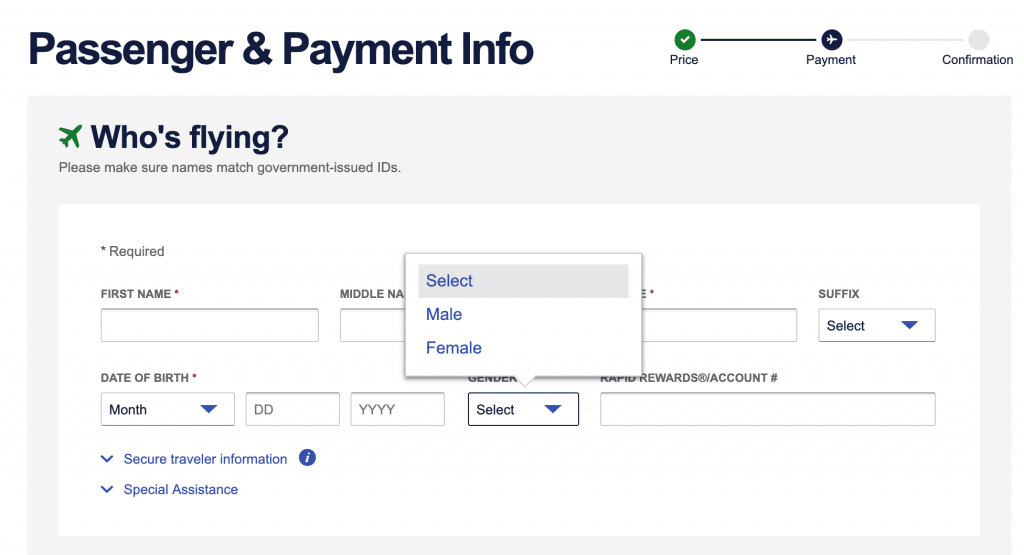