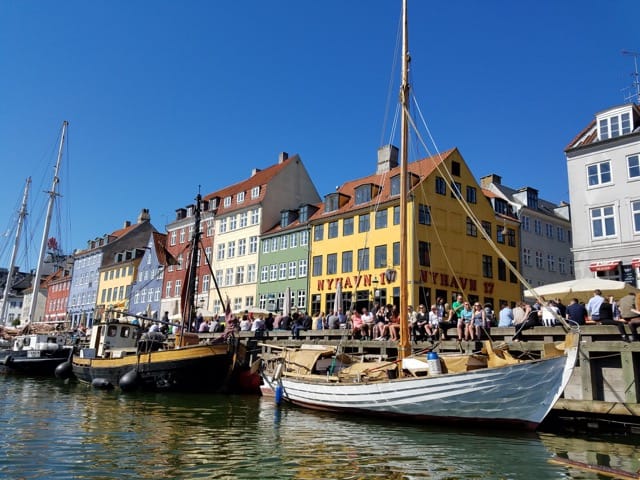 Entrance Visa: US residents do not need a tourist visa.  In fact, I transited through Paris and was never asked to even show my passport in Denmark.  Be sure to research before you go in case this info changes or if you have a non-US passport.

Orientation: First thing to do is get oriented with a map of the city.  You most likely are arriving at Copenhagen Airport (CPH), the busiest airport in Scandinavia.  The airport isn’t technically in Copenhagen proper but an island southeast of the city in Kastrup. 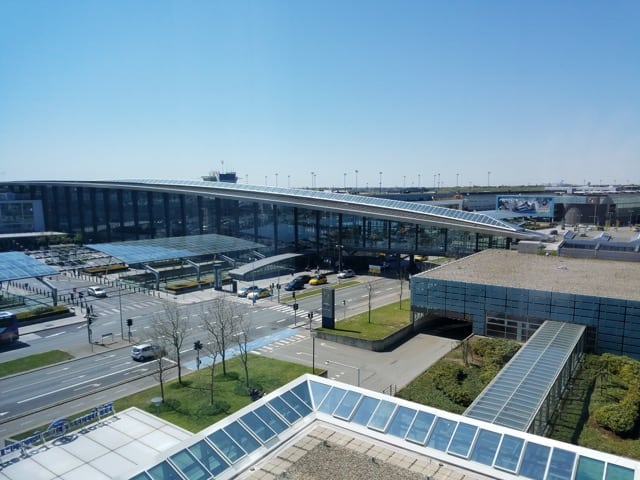 From the airport there are two primary ways in to the city center: the two line Metro and the DSB trains.  Both the Metro and the train leave from Terminal 3 and there is signage that will point you in the right direction.  An all day pass for the Metro, train, and buses is 80 DKK (as of May 2016) or about $12 USD.  I was told that you needed coins to purchase the ticket but there were credit card readers at the ticketing kiosks so your mileage may vary.

The Metro is an automated above ground tram that goes underground in the city center.  It is very comfortable, lots of windows, smooth and quick.  The last stop on the M2 line is the airport so you don’t have to worry about which direction the Metro is headed, just hope on at the airport. 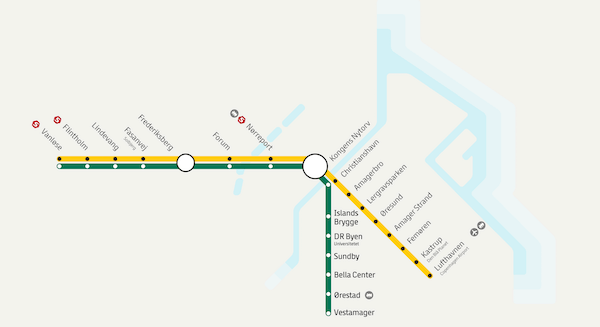 The train is another story as it goes on past the airport to Sweden (although when I was there you had to get off to have your passport checked).  For this reason I would suggest starting with the Metro to get to the city center.  It also is more frequent. 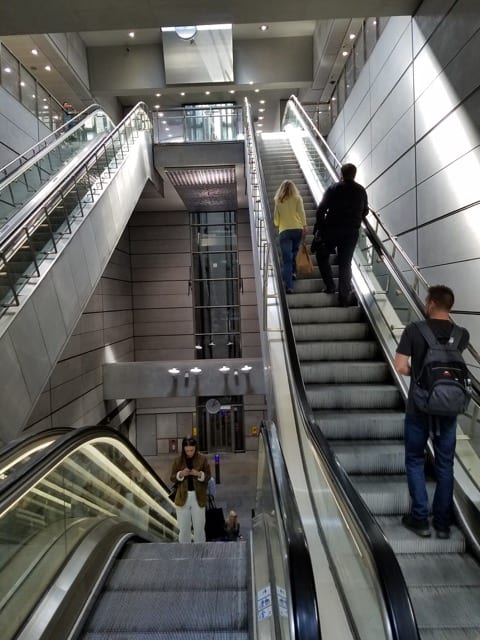 The main city center stop on the Metro is Kongens Nytorv.  It is about a 10 minute ride from the airport on the Metro.  When you come up the escalators you are in the heart of the city.  Head west and you are on the pedestrian shopping street of Strøget that takes you to Tivoli, one of the world’s oldest amusement parks.  The other direction is Nyhavn and the waterfront.

Nyhavn: A good way to get to know the city during your 24 hours in Copenhagen is to take a canal cruise from Nyhavn; the picturesque canal and neighborhood near the CBD.  The main operator of the canal boats is Canal Tours Copenhagen.  The hour long tour is 80 DKK and may be closed during the winter months so check ahead.  You also may be able to get a discount if you purchase a package (canal tour plus Tivoli entrance for example). 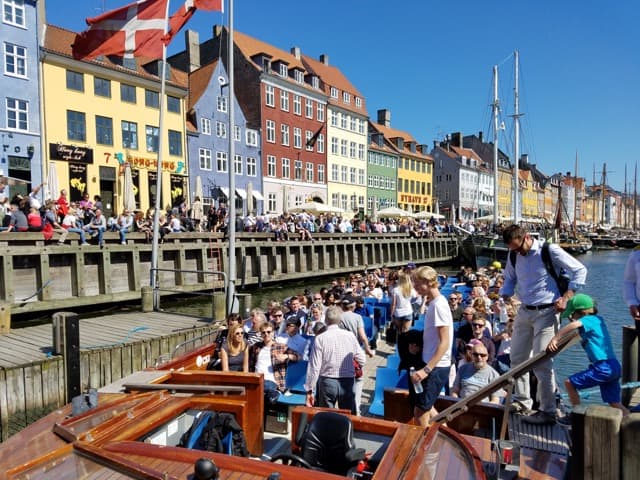 You start and end at Nyhavn and the tour takes you past many of the main sites of Copenhagen including the Opera House, the Little Mermaid Statue, Royal Palace, Glyptotek art museum, as well as residential areas of the city.  It is a nice overview of what the city has to offer.  When you are done, hope off and go visit some of the places by foot or bike that you saw from the canals. 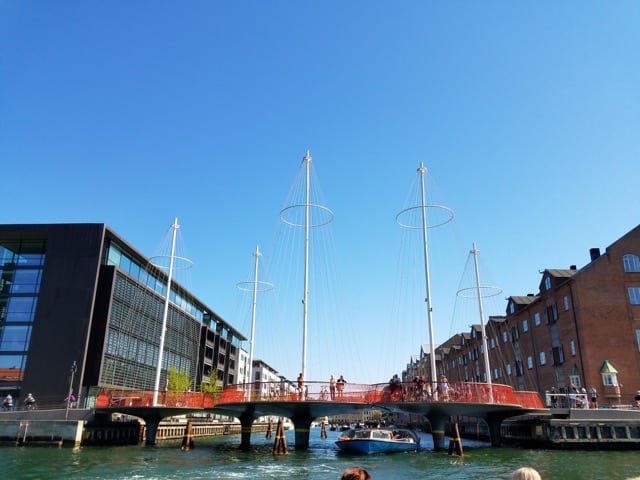 Strøget: Head back across Kongens Nytorv square to Strøget; the pedestrian only street.  From Kongens Nytorv to Tivoli is less than a mile and there is plenty of shopping and eating to do along the way.

Make sure you check out the Lego store (not much different than Lego stores elsewhere except that Denmark is home to Lego). 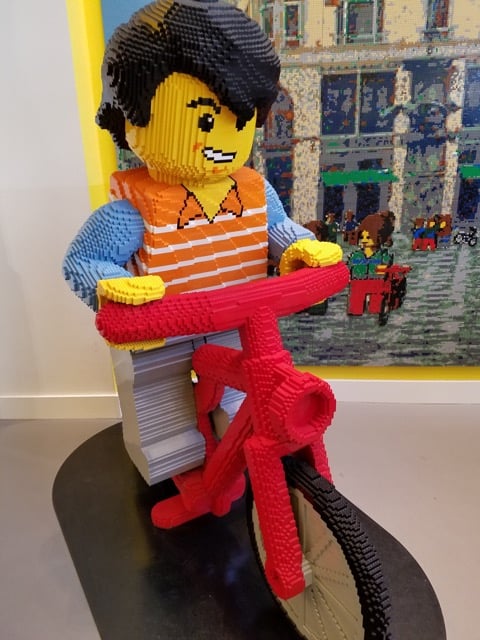 It seems like the favorite dish of Copenhagen is the hot dog.  You will see stands all over the city.  Enjoy a nice bacon wrapped dog with all the fixins’.  Yeah, you’ll regret it. 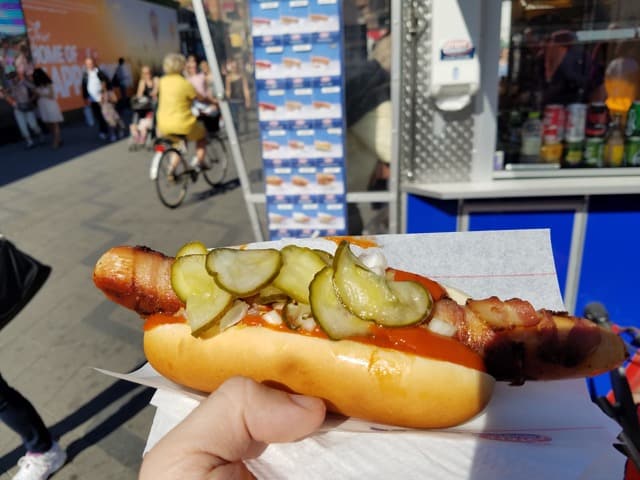 Tivoli Gardens: Copenhagen has the two oldest amusement parks in the world.  The more famous of the two, and the one in the heart of the city, is Tivoli Gardens which opened in 1843.  A one day ticket is 100-110 DKK (depending on the day of the week).  Cheap by amusement park standards, know that the entrance fee will get you in the door but that’s it.  Each ride you want to go on is going to run you 25, 50 or 75 DKK or an all day pass for 220 DKK (about $34).  There is free entertainment on two major stages; I was there for the gospel weekend and they had groups performing non-stop.  Note that it is only open seasonally so check your dates. 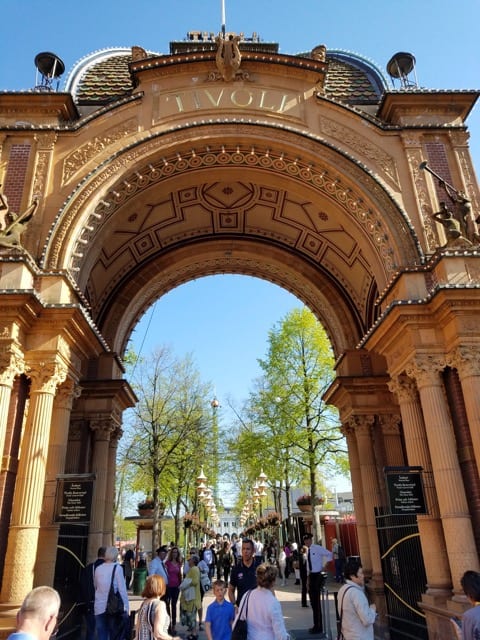 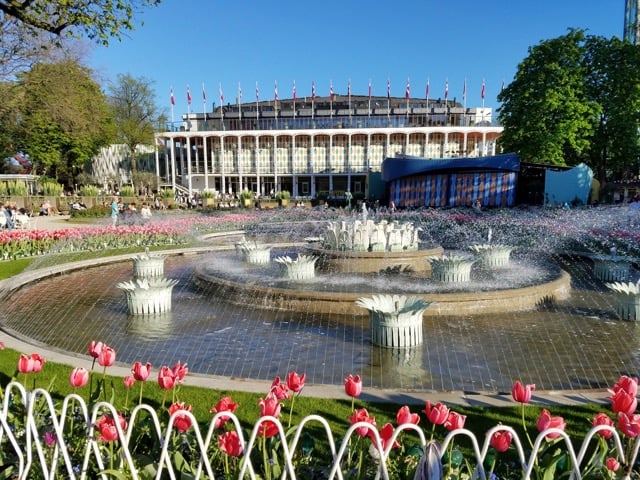 I would describe Tivoli as a mix between the county fair and Disneyland.  The grounds remind me of Disneyland; themed areas based on parts of the world (the Alps, China, Arabia) and everything is clean.  Also everything is extremely well thought out; some of the thoughtfulness puts Disney to shame.

For example, on the main rollercoaster they have this revolving cubby to put your belongings.  Once you are on board the coaster, they turn the cubby so that your  belongings are locked away and a new cubby is revealed for the next guests.  When you finish your ride, your belongings are now on the outside of the cubby turnstile ready for you to pick up. 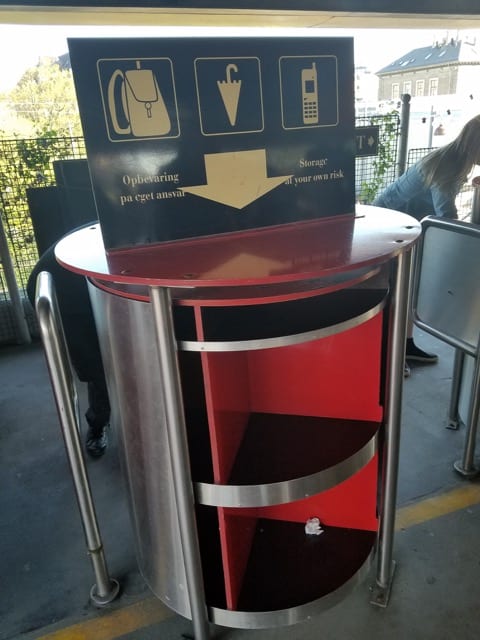 The thrill rides are quite thrilling (more county fair or Six Flags than Disneyland).  My favorite was the Himmelskibet (or Star Flyer).  Think of those old amusement swings but takes you 260 feet in the air.  Fantastic views and as thrilling as any ride you’ll find. 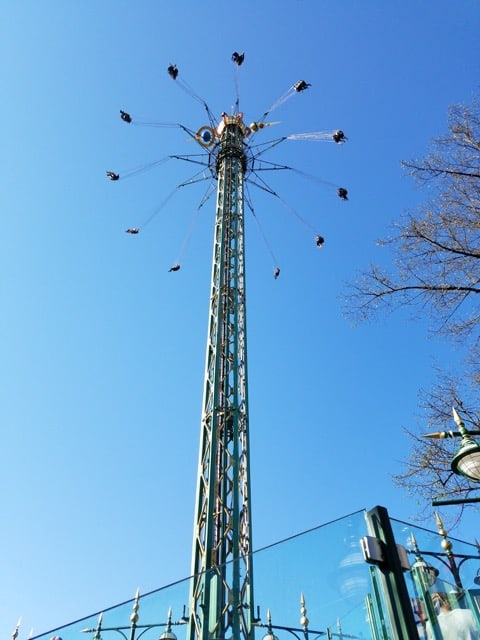 The other anti-Disney part of Tivoli is the safety regulations.  I am pretty sure that Denmark must be less litigious than the US (not saying much) because the safety precautions are not the same level.  I never felt unsafe at all; they do a good job but don’t go overboard.

For example, Rutschebanen is a wooden rollercoaster from 1914 built into a mountain theme (hey Walt, where did you get the idea for the Matterhorn?).  The twist is that there is literally a brake operator that sits in the middle of the train and operates the car.  He slows the car down and allows it to go as fast as he wants.  I noticed that as we were coming in to the station at the end of the ride the lap bar popped up while we were still moving.  Again, I never felt unsafe but the rides don’t seem to have the same fail safes they do in the US.  I say it adds to the thrill! 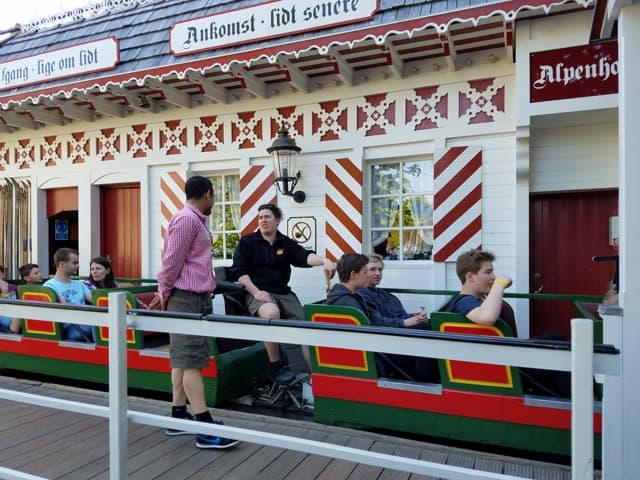 I also found that the Danes don’t seem to be as obsessed with political correctness as the US. 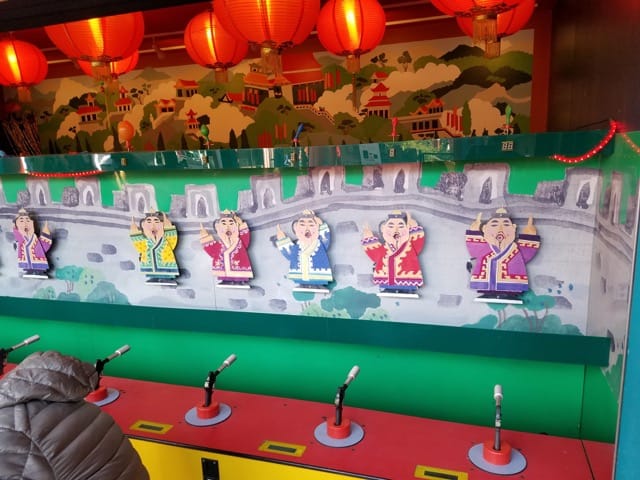 I’m a total amusement park nerd so Tivoli was just up my alley.  I easily spent a few hours there.  It is definitely family oriented so I felt a bit out of place exploring by myself but there is a whole range of ages so it wasn’t a big deal.

Just across from Tivoli is the Central Train Station so if you wanted to head back to the airport from here (or on to Sweden) it is easily accessible.

I enjoyed my quick 24 hours in Copenhagen.  It helped that it was warm and sunny.  I did not explore the politics of the city however I did happen upon a peaceful protest and counter-protest but there were plenty of police present.  I never felt unsafe although like any big city and any tourist area, it is best to be aware of your surroundings.  While 24 hours in Copenhagen is a quick trip, it is possible to get a taste of the city and enjoy some of what it has to offer.