This past weekend I spent three nights in Vegas in three different Mlife properties — Vdara, Bellagio, and Mandalay Bay.  I not only wanted to try out new properties but also wanted to get as many stay credits as possible towards Hyatt Gold Passport Diamond status for 2016. My favorite room of the three ended up being the cheapest, one of the Mandalay Bay renovated rooms.

I stayed at Mandalay Bay last summer for two nights and enjoyed it; although felt that the pool area was a bit too much family craziness for my taste.  I had read that Mandalay Bay was starting to renovate their 3,000+ guest rooms at a price tag of $100 million; so thought I would give it another try. 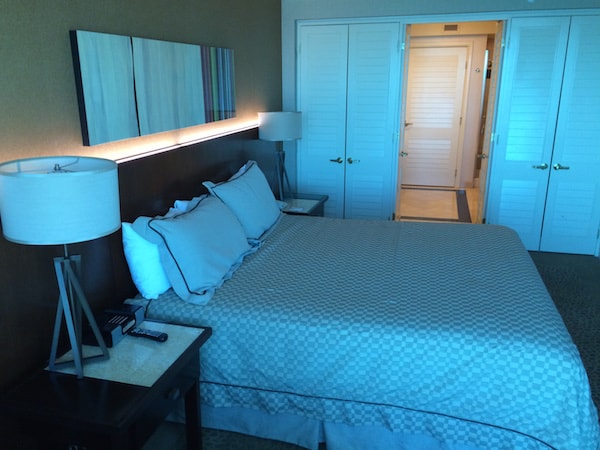 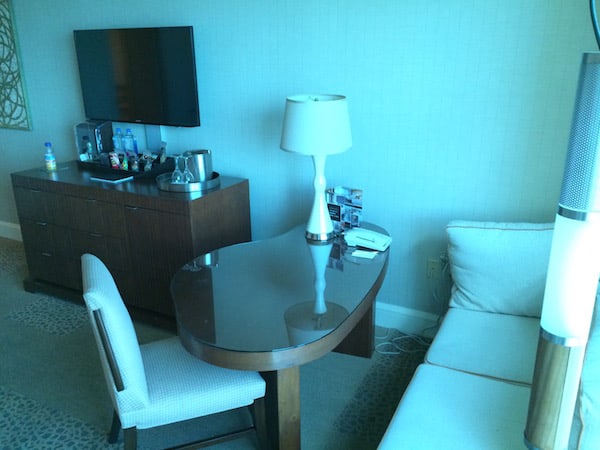 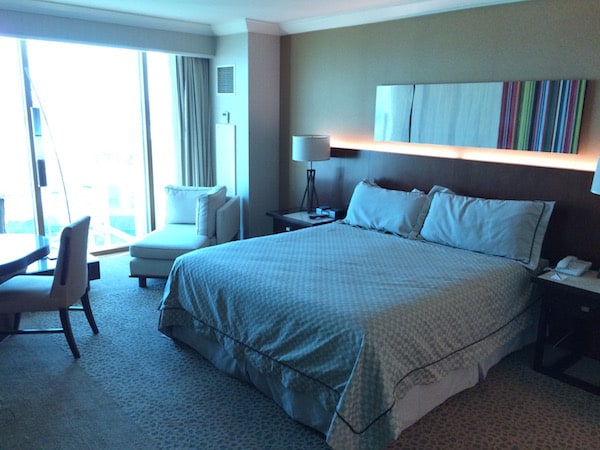 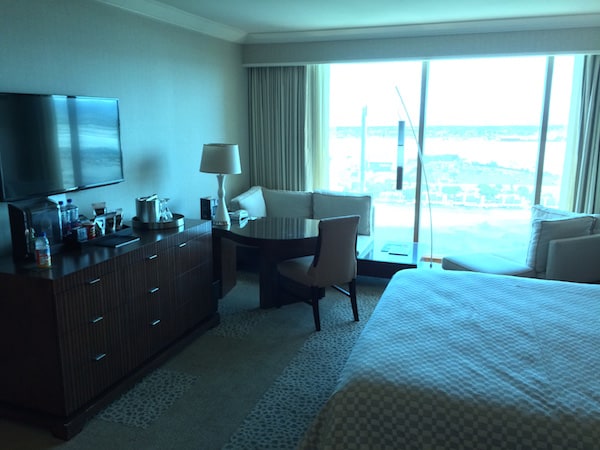 Sorry for the blue tint, but there is some sort of coating on the windows that made it this pale hue.  This just increased the rather drab nature to the room.

The bathroom was not much better.  Nice size but nothing that stood out.  I thought the window into the tub was a bit odd. 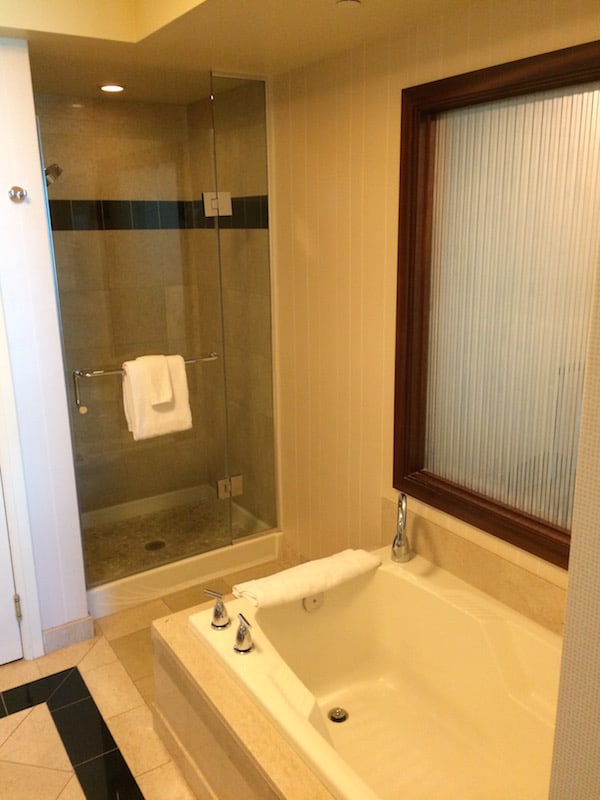 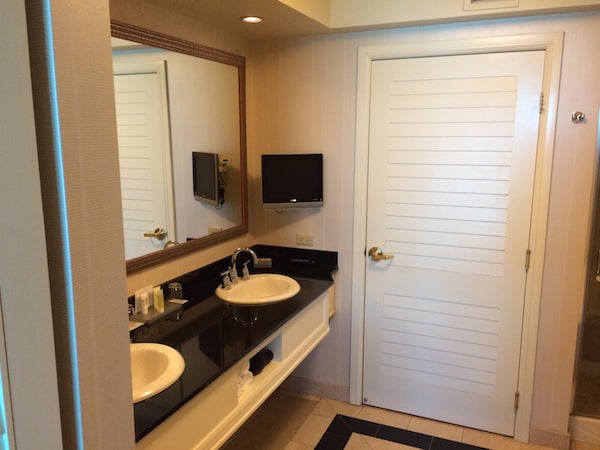 I called down to the front desk to see if I could change to one of the rooms that had been remodeled.  The agent informed me that the renovated rooms were the low floors, 20 and below, and would cost extra.  I played my Platinum card and after a few minutes he got back on the phone and said that he had found me a room on the 11th floor (almost the exact same location and view).  A staff would be up to my old room with the new keys shortly.

The renovated floors are different as soon as you step off the elevator.  I would call it a dark, mid century modern vibe.

The room layout has not changed at all, but most everything else in the room has.  The room was so new in fact that I could still smell the fresh carpet (chemical off-gasing) which probably is terrible for you but gave the sense of how new the room was. 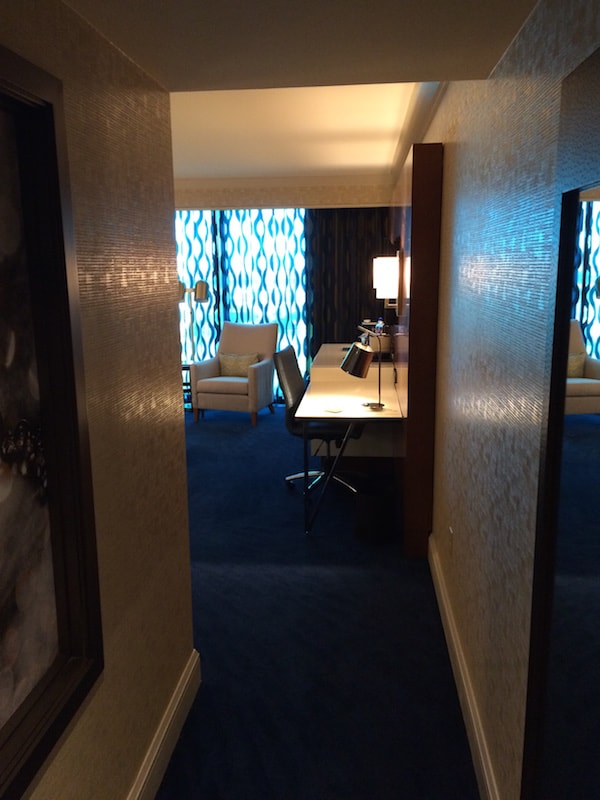 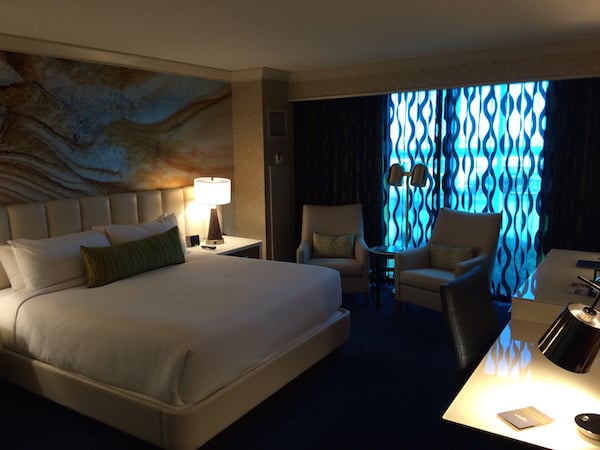 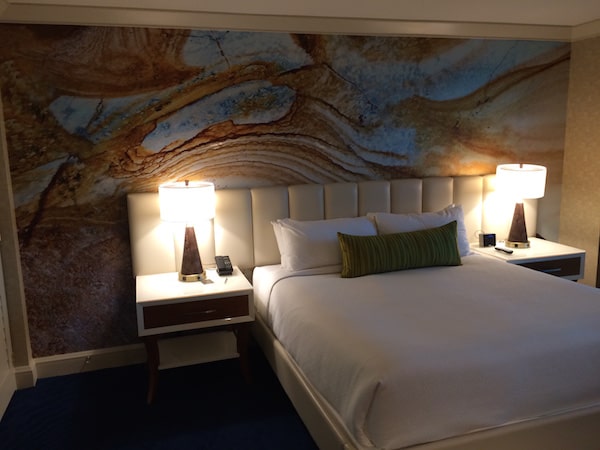 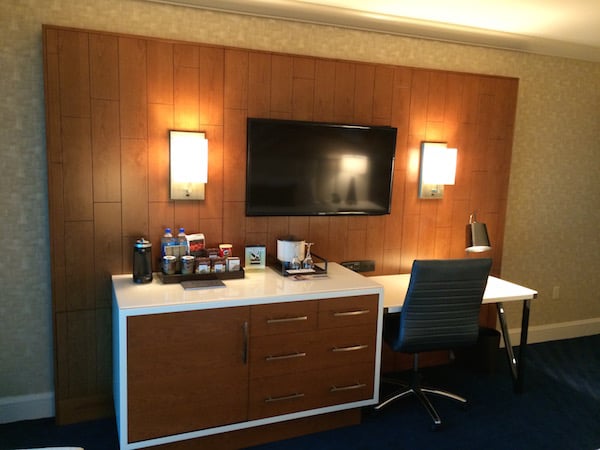 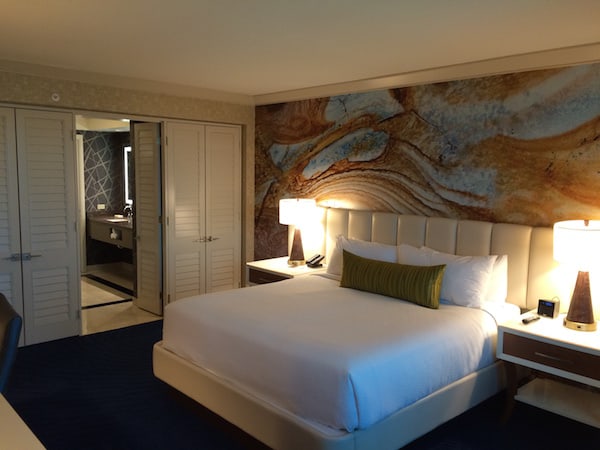 They also did away with the see through window over the tub and covered it with a vinyl decal for privacy. 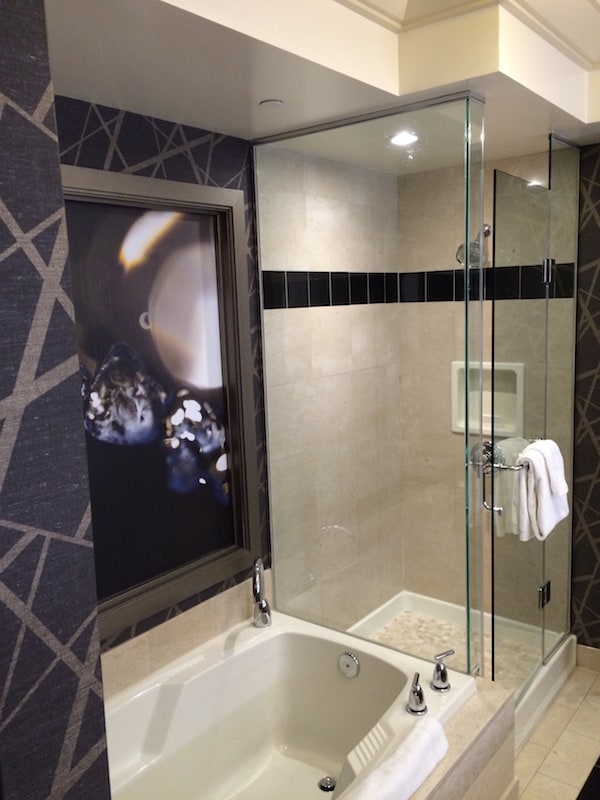 The layout of the bathroom was slightly different (see the shower), but I think that was simply due to where the room was in the building.  The bathroom overall was much brighter now.  They did away with the former sign of luxury; phone next to the toilet and TV near the vanity.  I’m just fine with those loses; the toilet phone always weirded me out anyway.

Overall I was very impressed with the updates and actually like the look of the room better than my similar room at the Bellagio.

Here are some of the photos side by side to give you a comparison.  The old Mandalay Bay room is first, the Mandalay Bay renovated rooms are second.