On a recent flight from Las Vegas to Seattle, my flight with Alaska Airlines was on one of the reconfigured A320s.  It was my first time with the new interior and overall I was impressed. 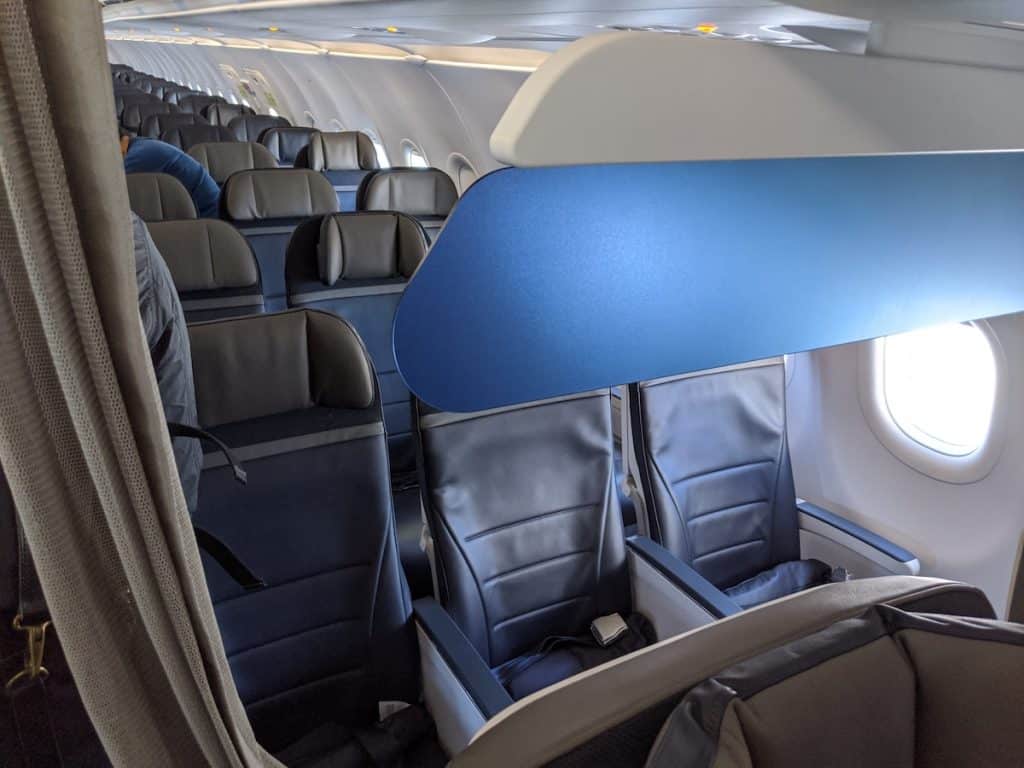 On my 2.5 hour flight I didn’t notice much of a difference in comfort of the seats.  They are definitely thin and I like that the headrests are still adjustable. 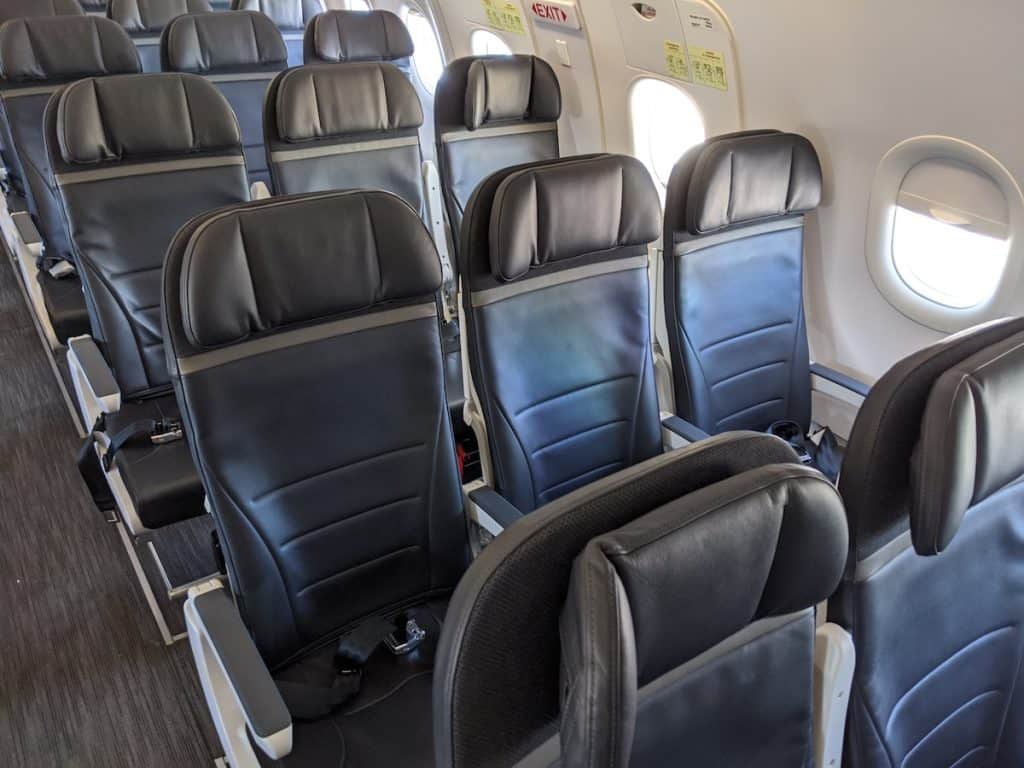 The seatbacks are plastic which seems more sanitary to me than fabric.  There is a USB plug by the tablet holder (that is the clasp you see on the back of the headrest) and a separate power outlet is below. 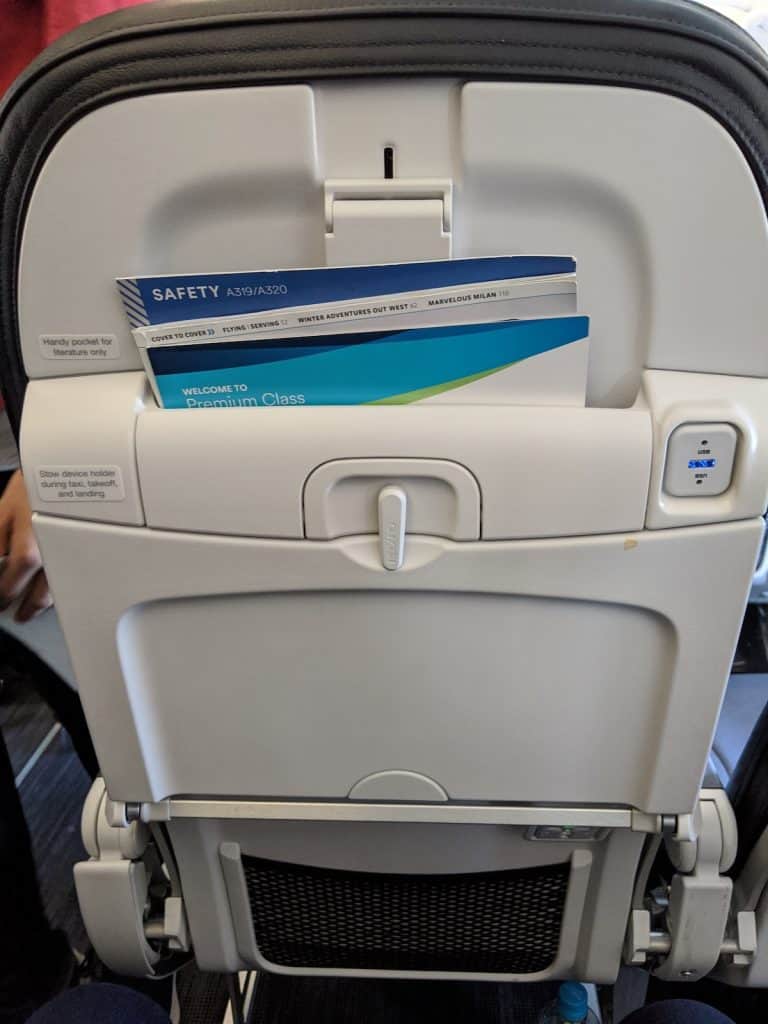 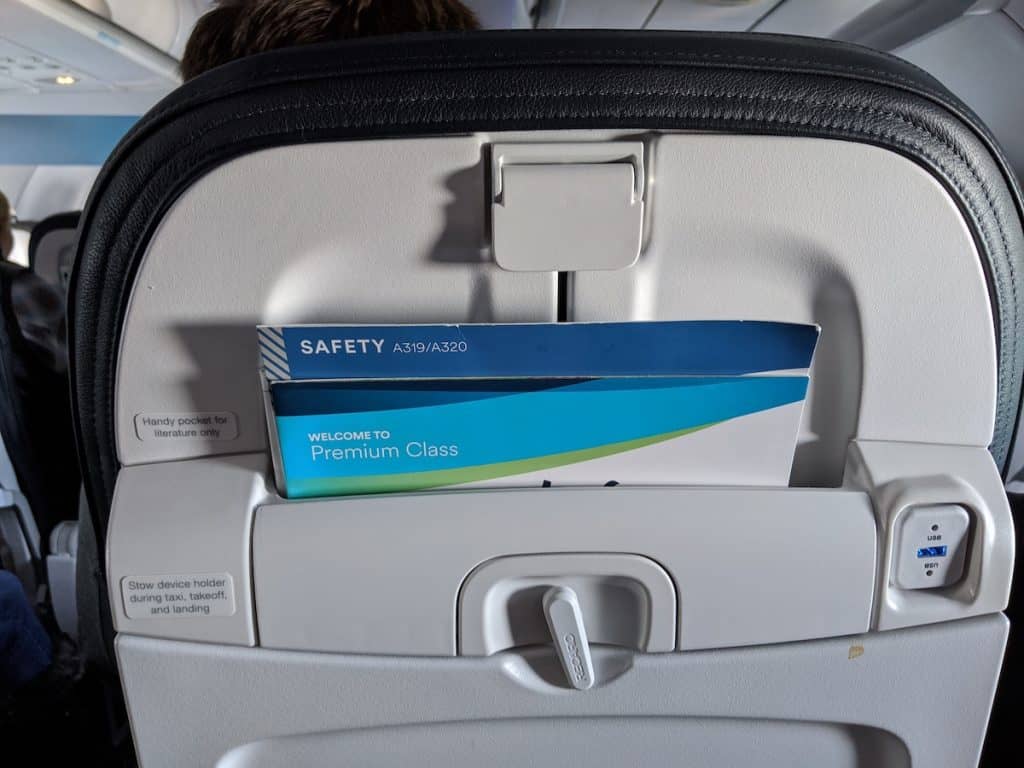 While I don’t have a tablet, I was able to stream the Seahawks game to my phone over the next generation Wifi and clipped my phone in to the tablet holder.

It took me a moment to realize that there is an extra cupholder built in to the tray table. 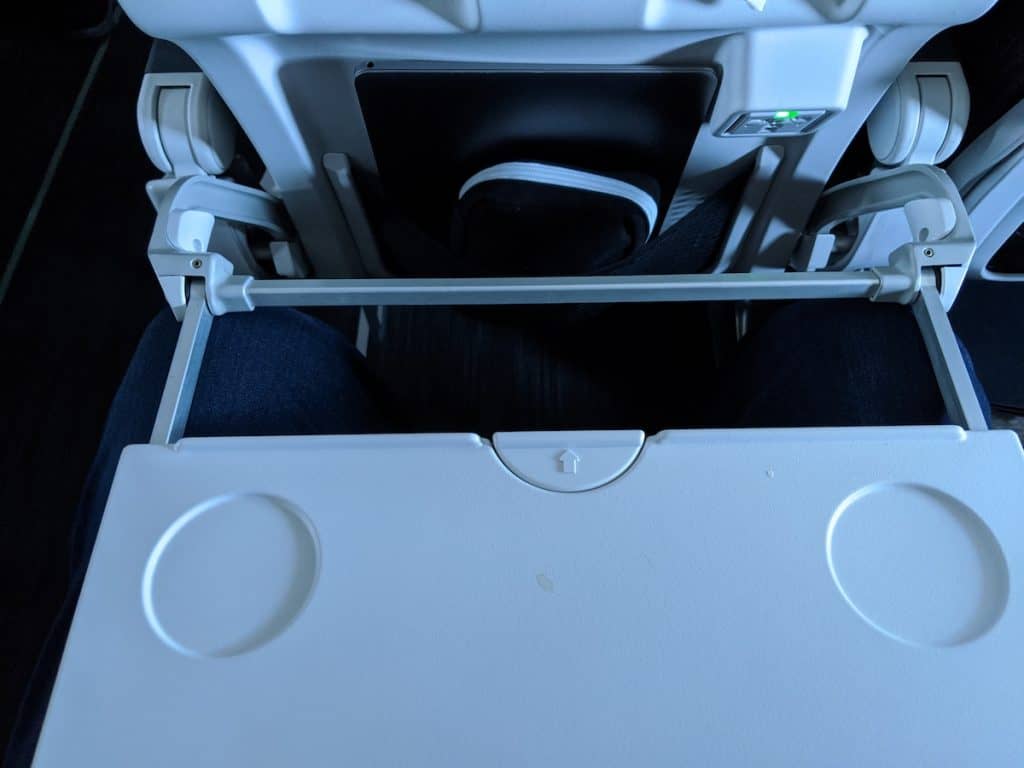 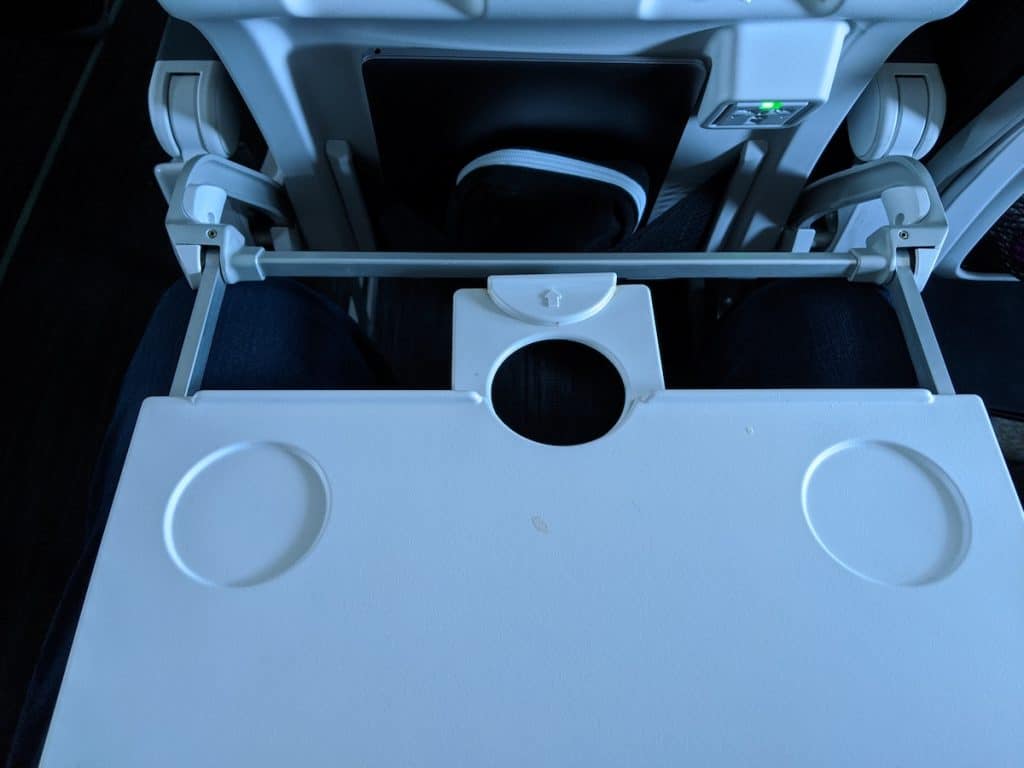 The carpet looks more stain and wear resistant than the previously used material. 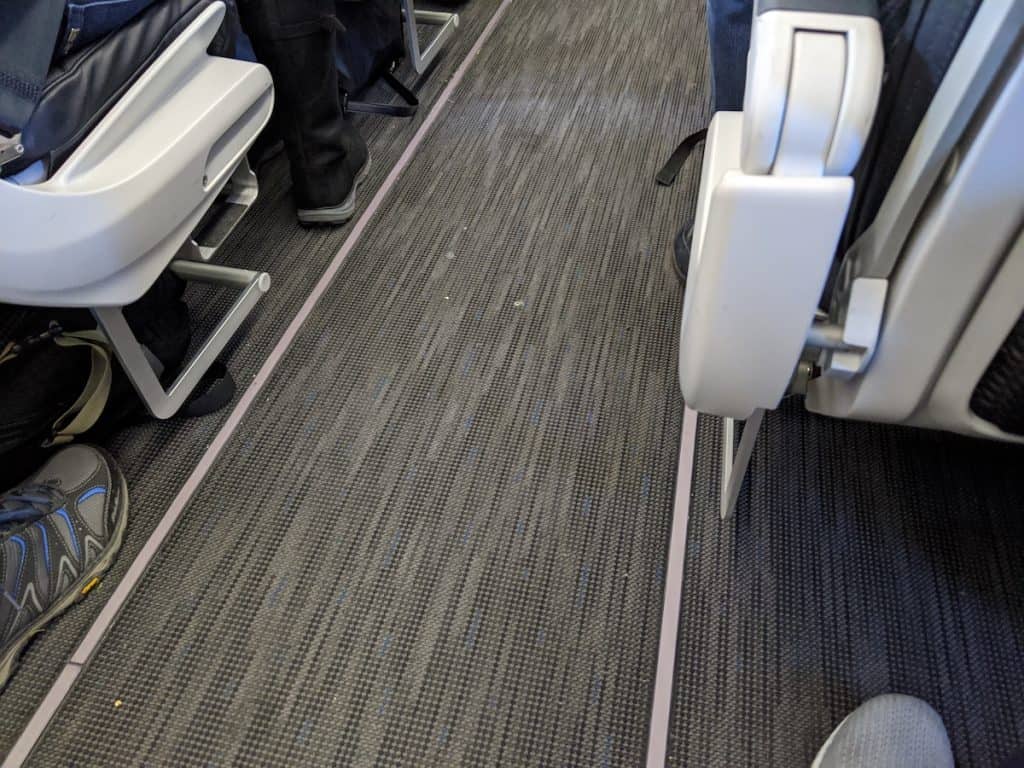 The mood lightening has transfered over nicely to the new set up though I wish the overhead bins were the larger sky bins. 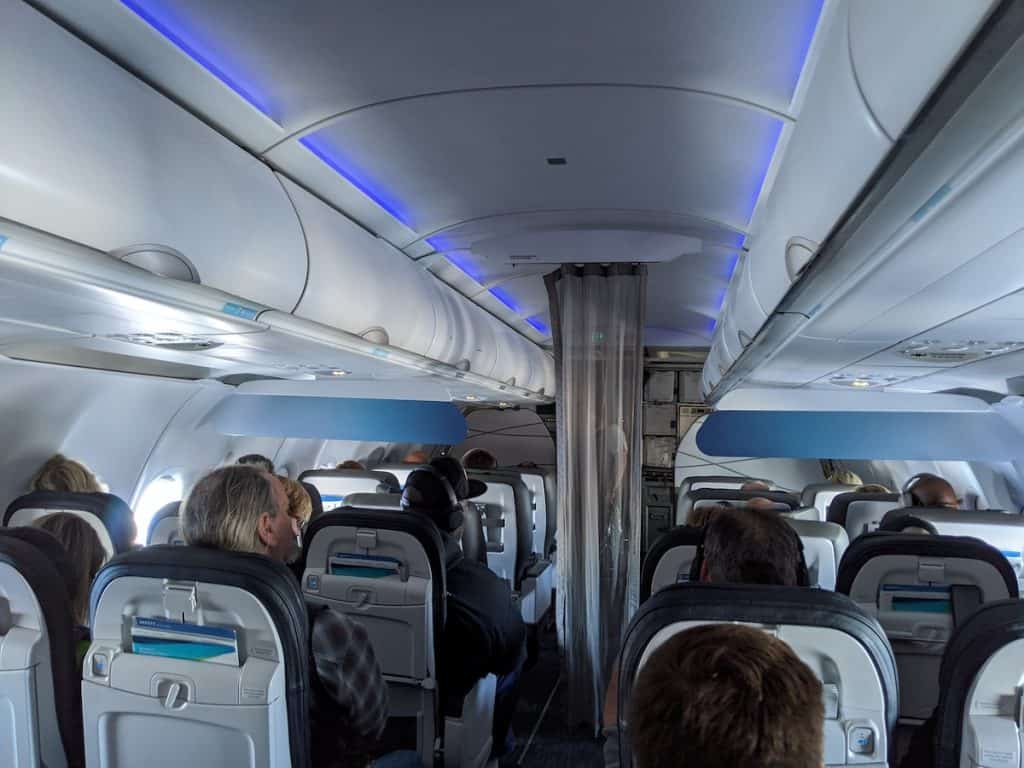 While I didn’t get to fly in First Class on the flight, I did notice they announced that footrests needed to be put up before landing.

Overall I like the clean modern look of the new Alaska interior.  I don’t think I will miss the geometric carpet bulkhead walls.