The Waldorf Astoria Jerusalem is located not far from the Jaffa Gate.  The Mamilla pedestrian mall connects the hotel to the Jaffa Gate and the Old City.  The property opened in 2014.

The nearest tram stop is City Hall.  The building consists of the original 4 story building and an additional modern tower of rooms built on top and to the side of that structure. 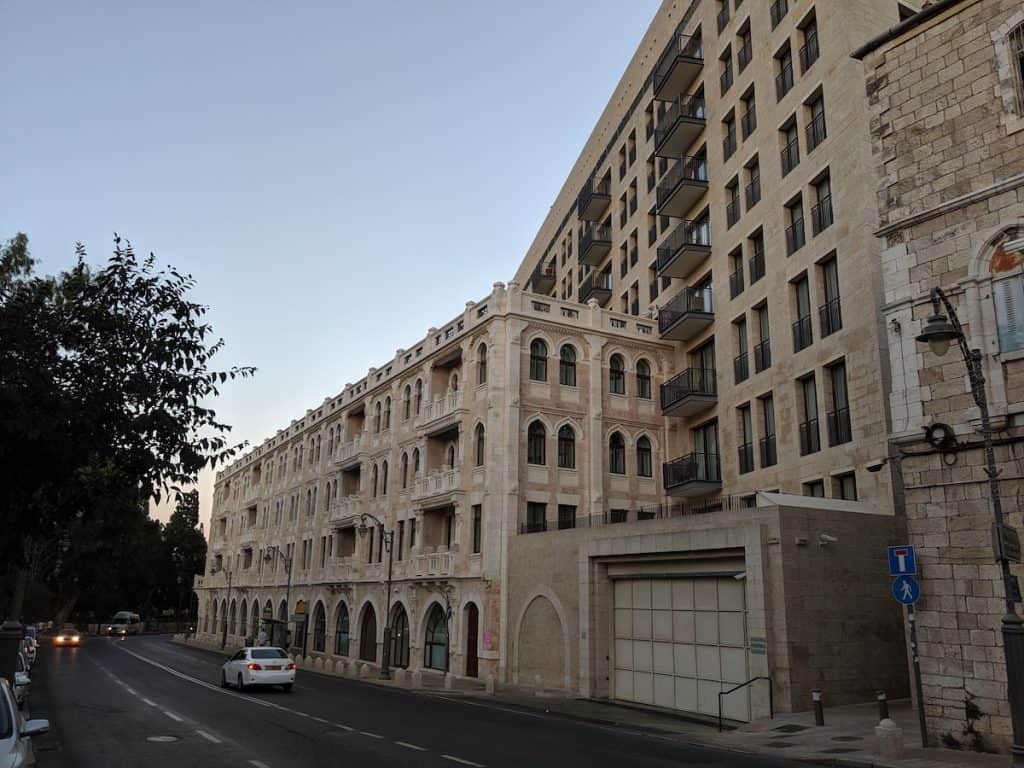 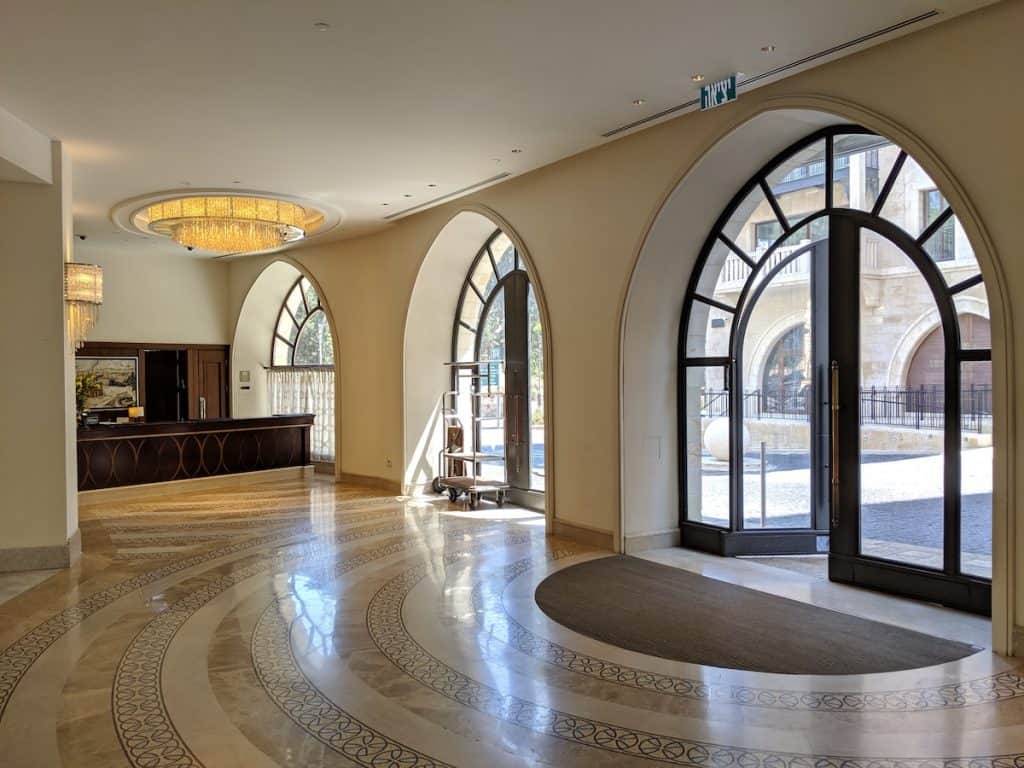 The lobby is in the corner of the ground floor open space with a beautiful sunlit atrium.  The public space of the hotel is beautiful. 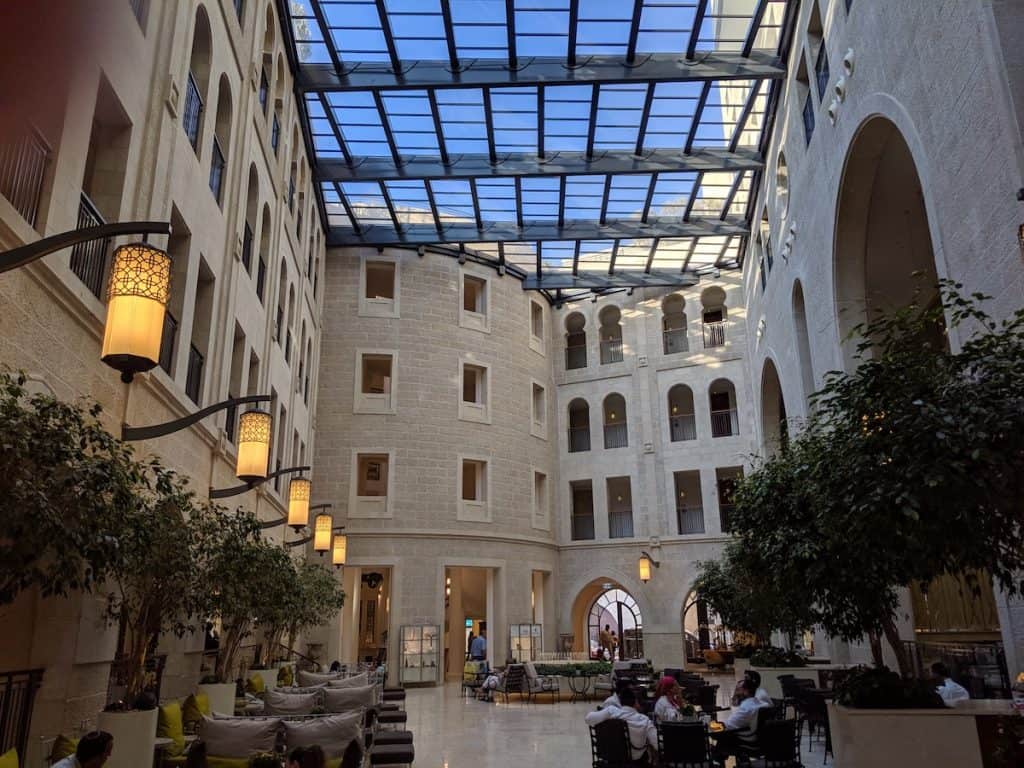 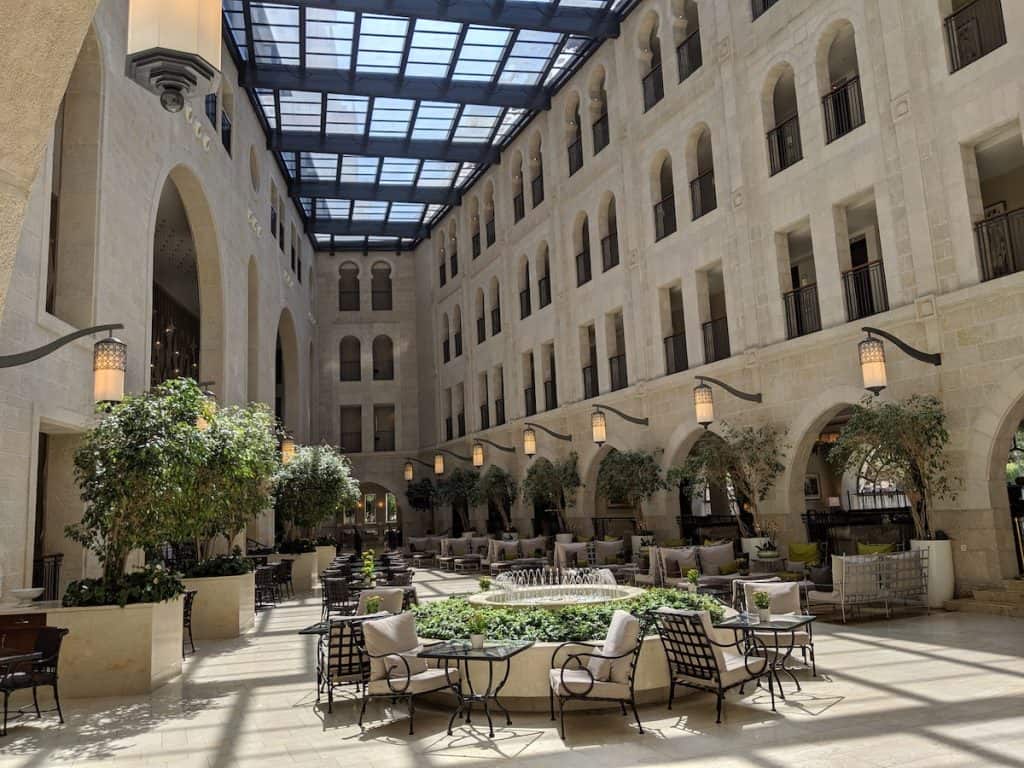 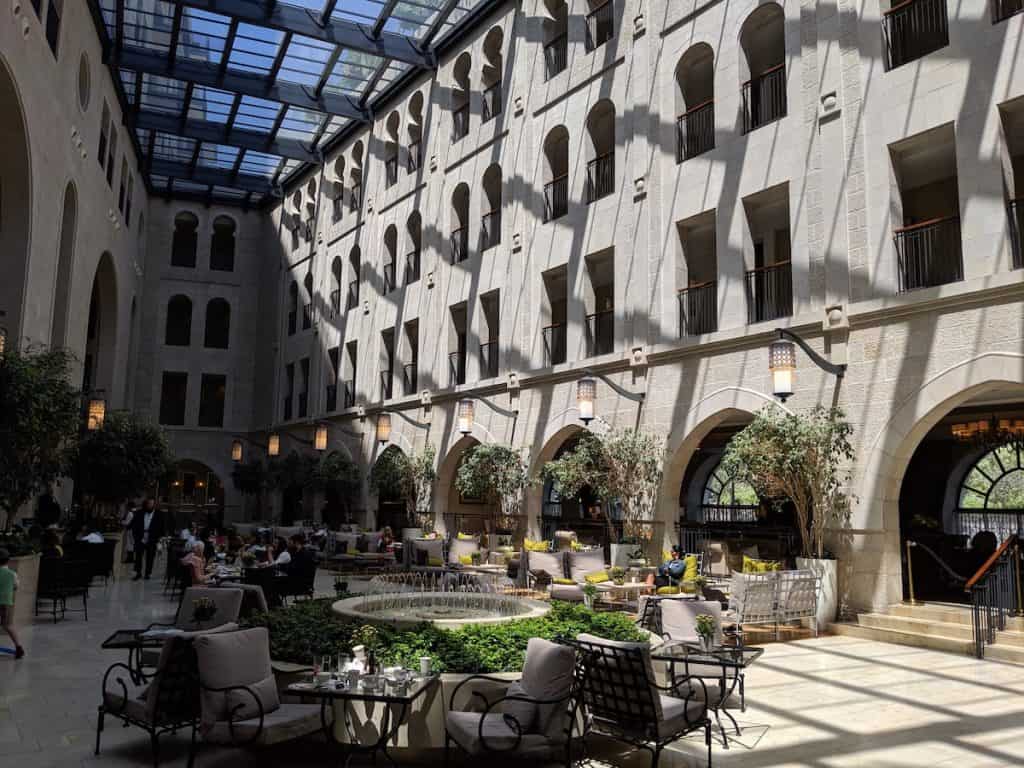 The first front desk staff told me that my room wasn’t ready but I could leave my bags.  A more senior staff member, without my prompting, stepped in and was able to find a similar room for me that was ready.

Using my free weekend night certificate, I was booked into a King Superior Balcony Room, which doesn’t actually show up on the website.  What I believe I was actually assigned, was a King Grand Deluxe Room which appears to be an upgrade to their standard room.

It was explained to me that the breakfast for Gold and Diamond members would be at The Palace Restaurant.  I was also offered two free drink certificates for King’s Court, the lobby bar.

There are four elevators to the guest rooms.  However, as I arrived on Shabbat, two of the elevators were running like normal while two others were in Shabbat mode meaning they cycled through the floors. 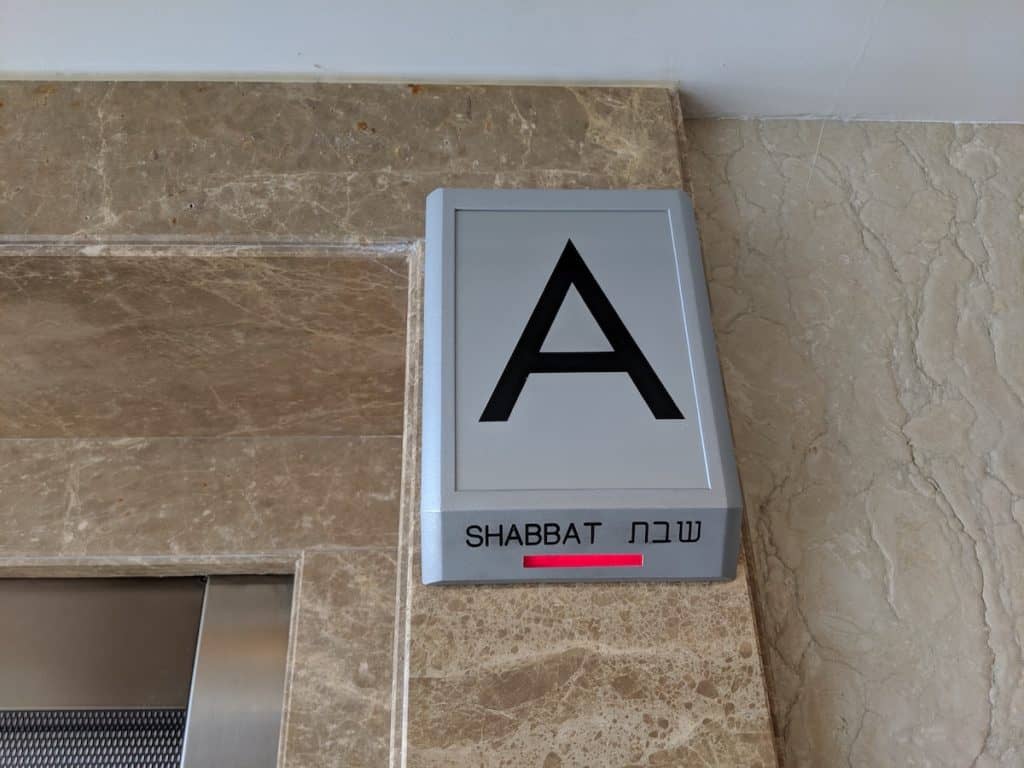 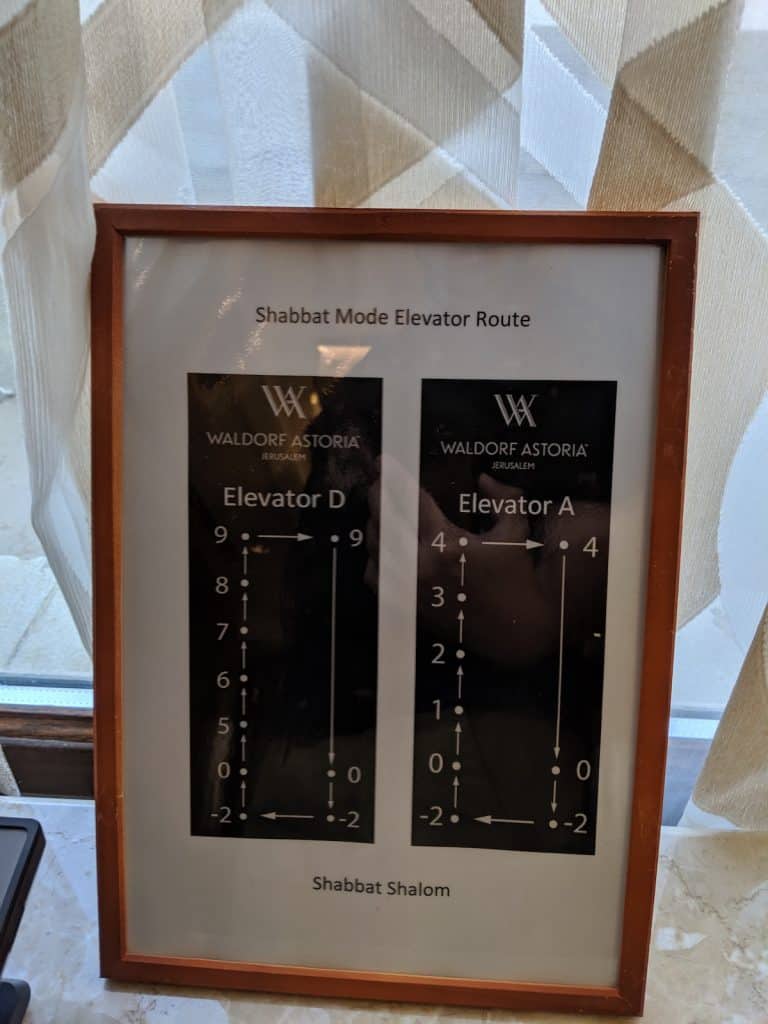 My room was on the 4th floor — the first floor of guest rooms above the original building.  As you enter the room, you are facing directly to the bathroom. 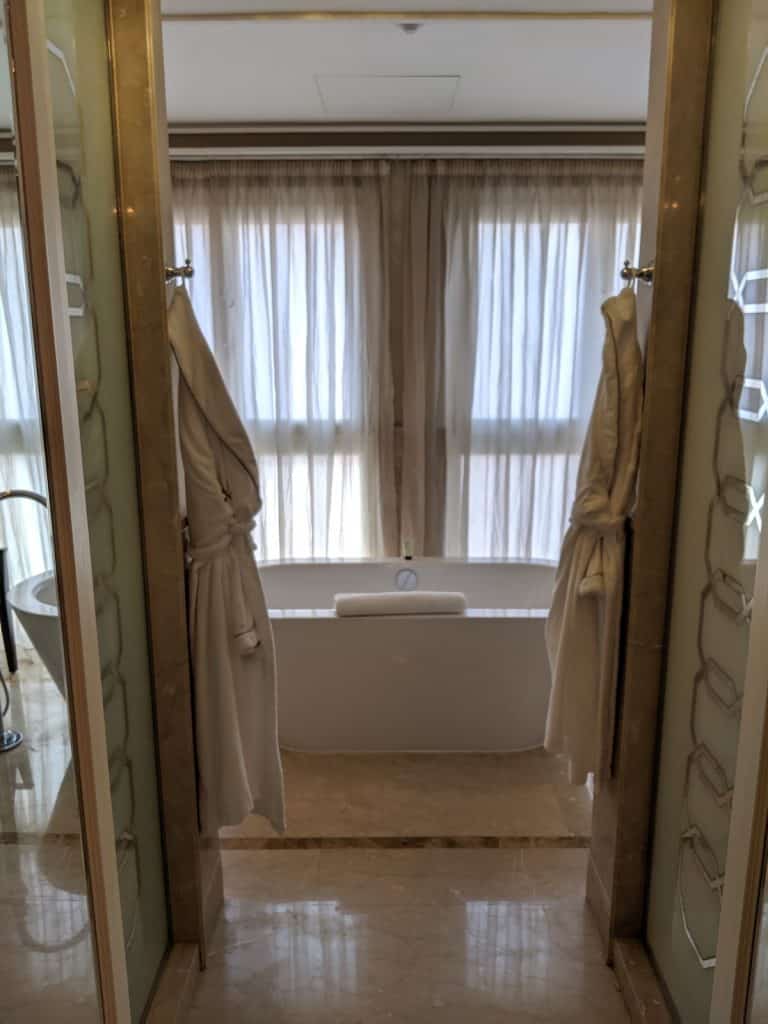 A large closet is to the left. 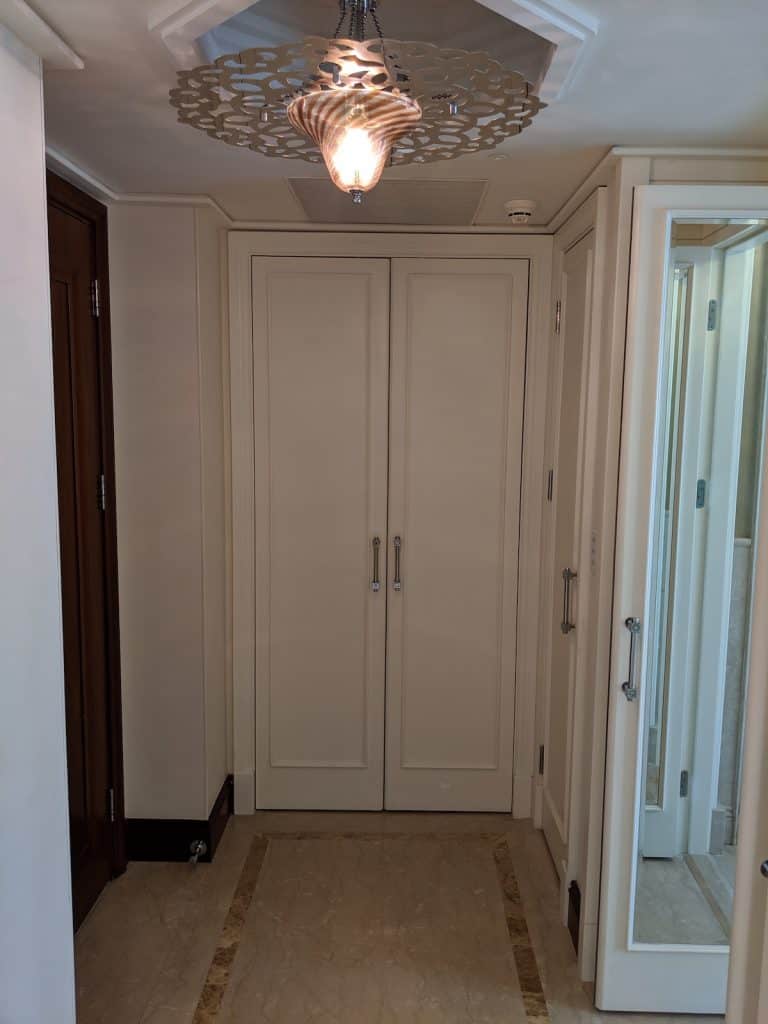 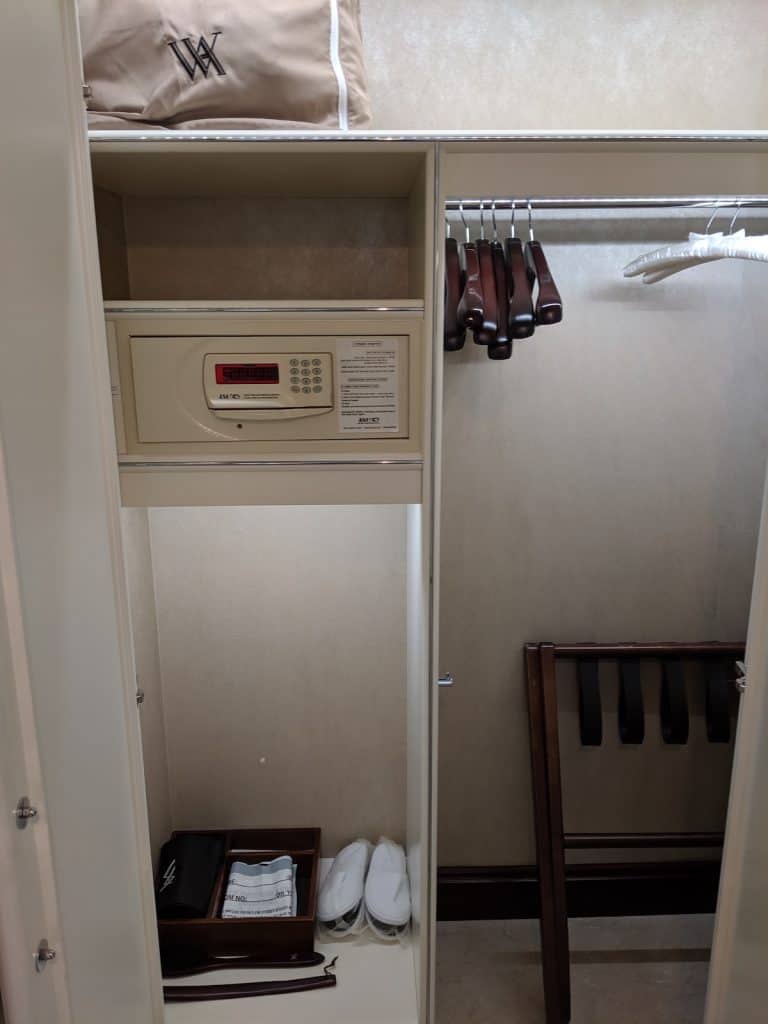 To the right is the coffee set up and then the bedroom area. 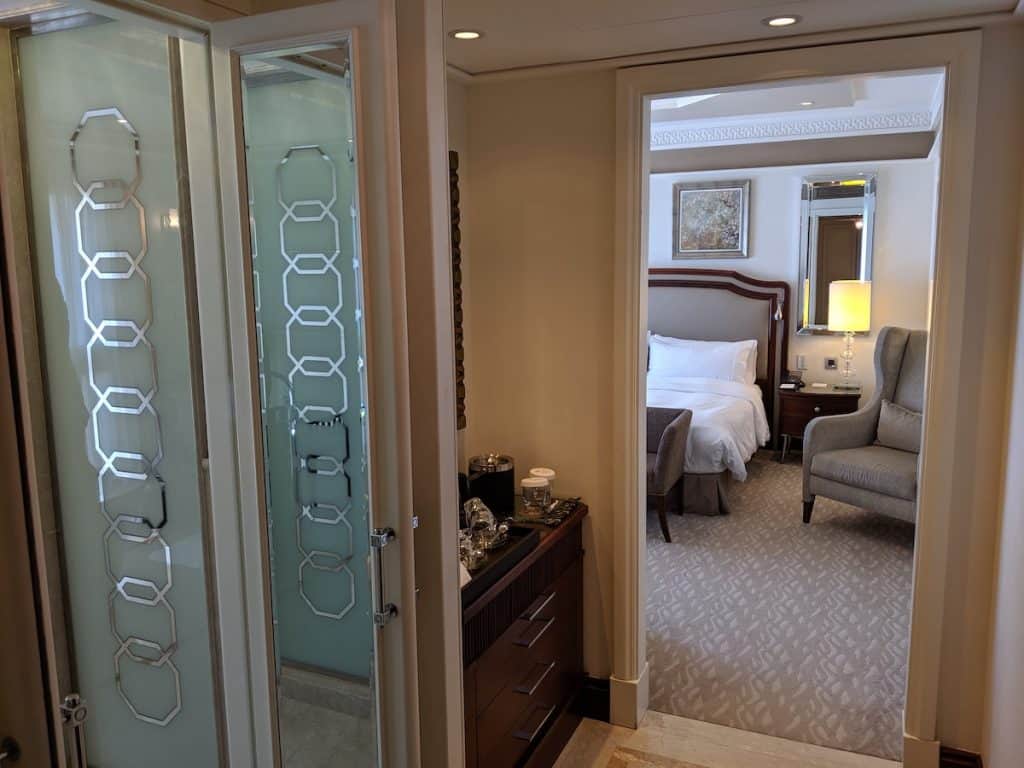 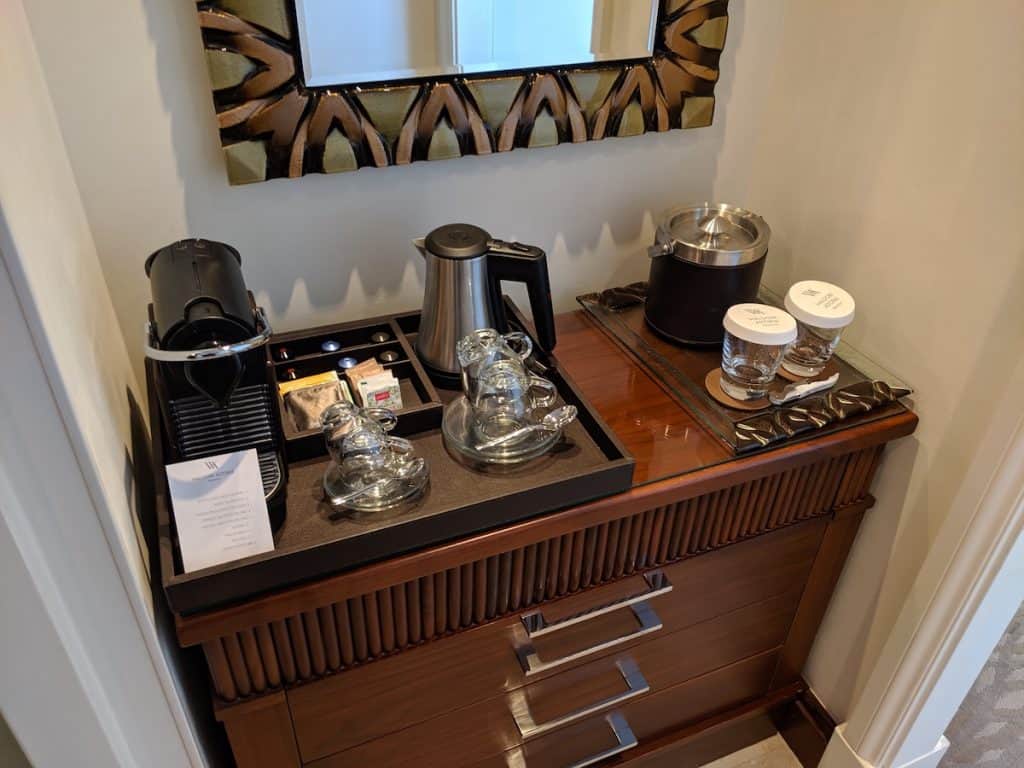 The room definitely gives off a luxury vibe while not feeling stuffy.  It is clear that the property is relatively new and everything is in good condition. 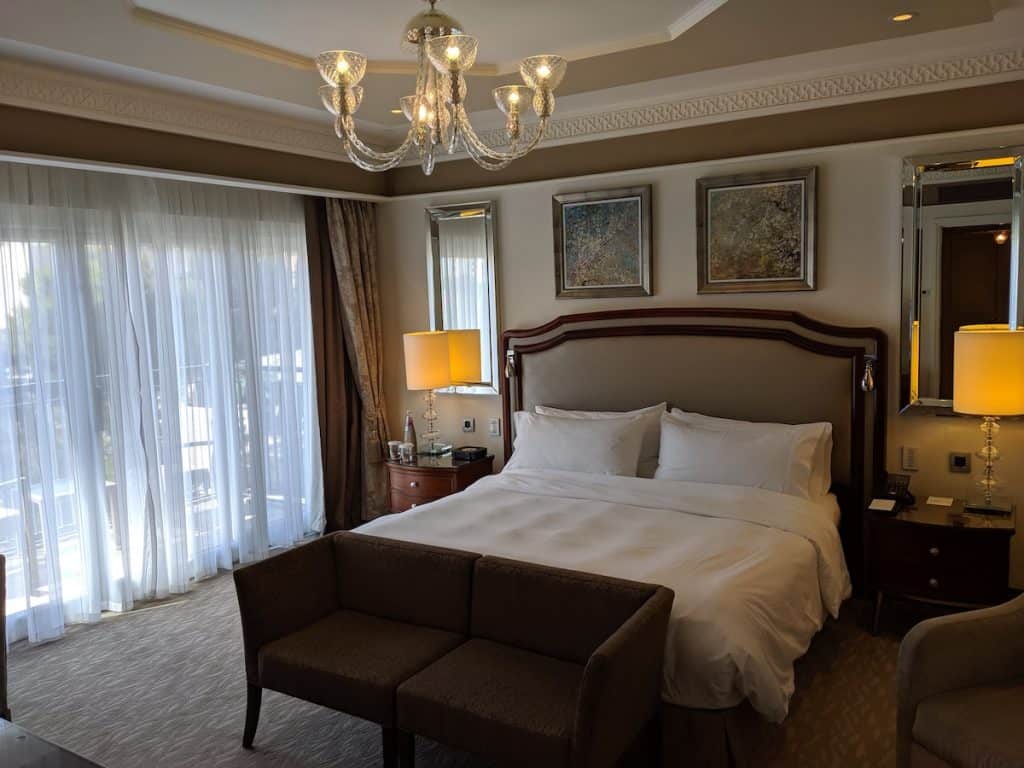 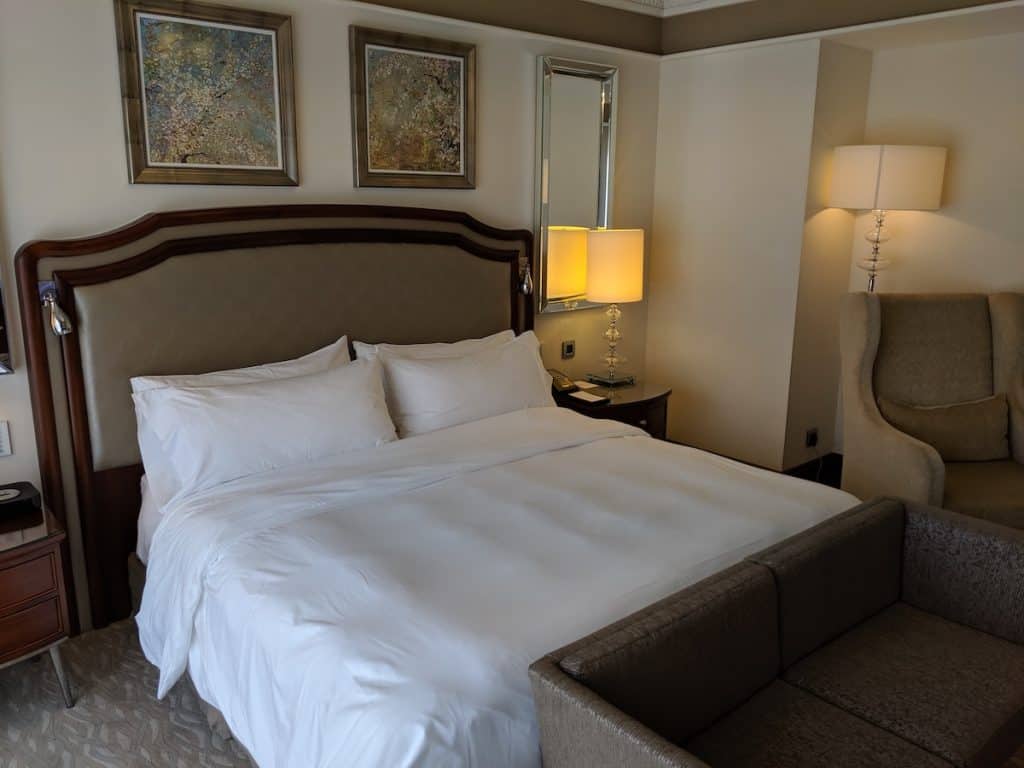 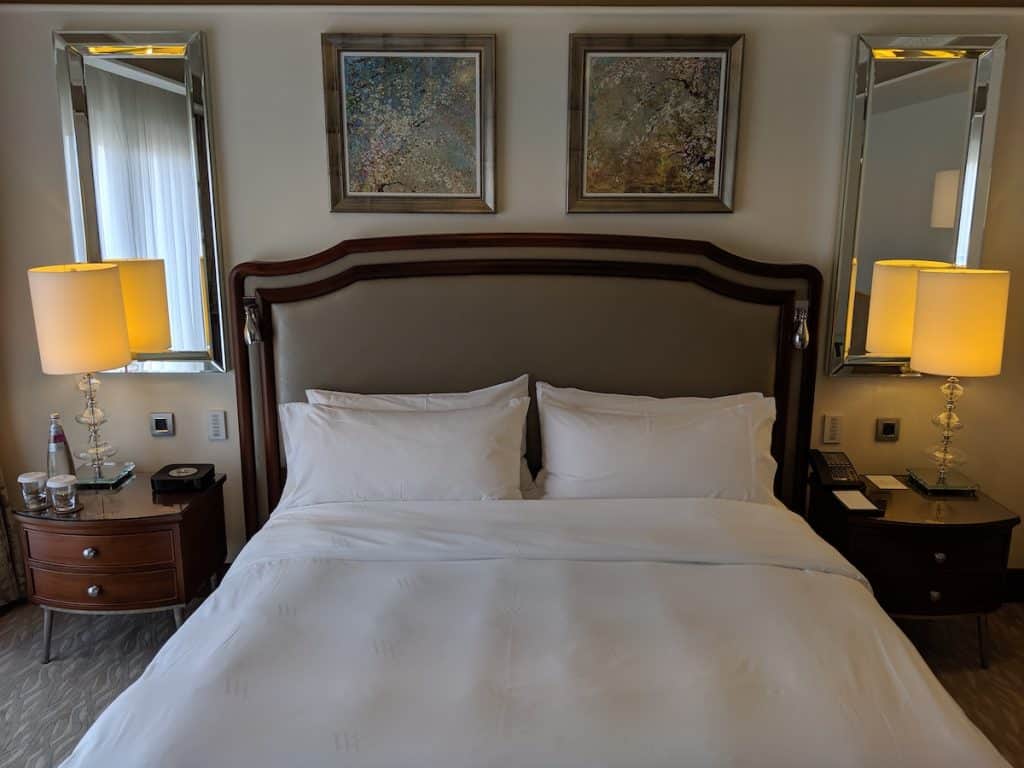 The bed faces a desk and the TV.  There is a mini bar in the cabinet below the TV. 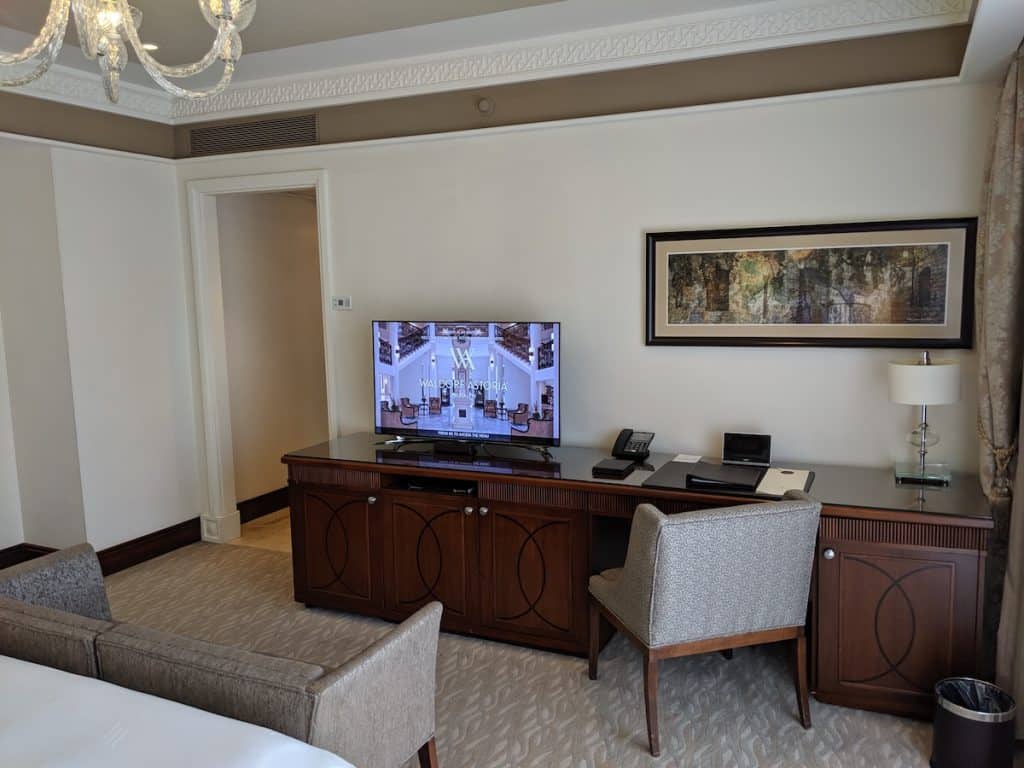 A glass door opens to a balcony. 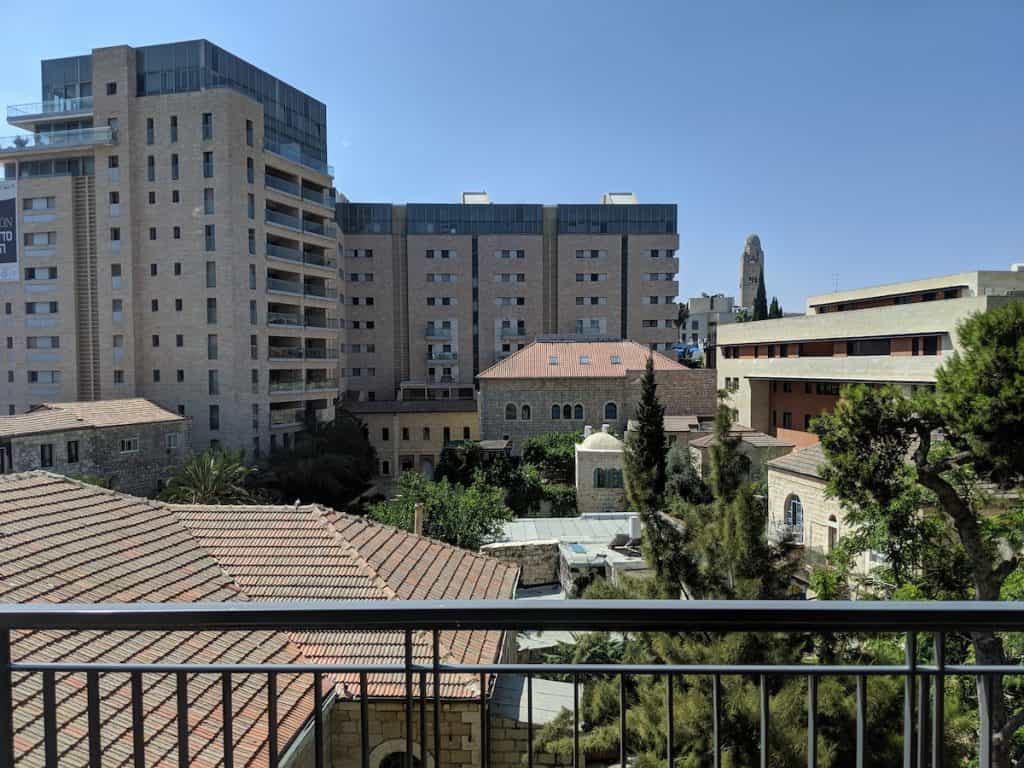 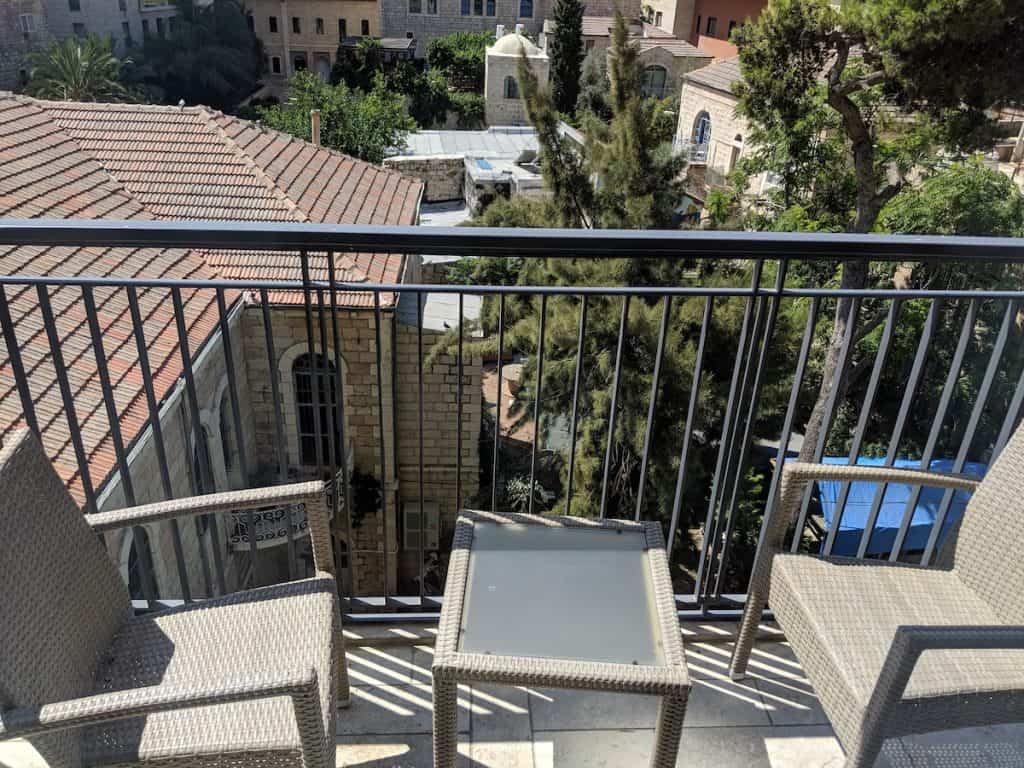 The air conditioning works very well.  There were touches throughout the property that made it clear we were in Israel including Shabbat Mode buttons on the AC. 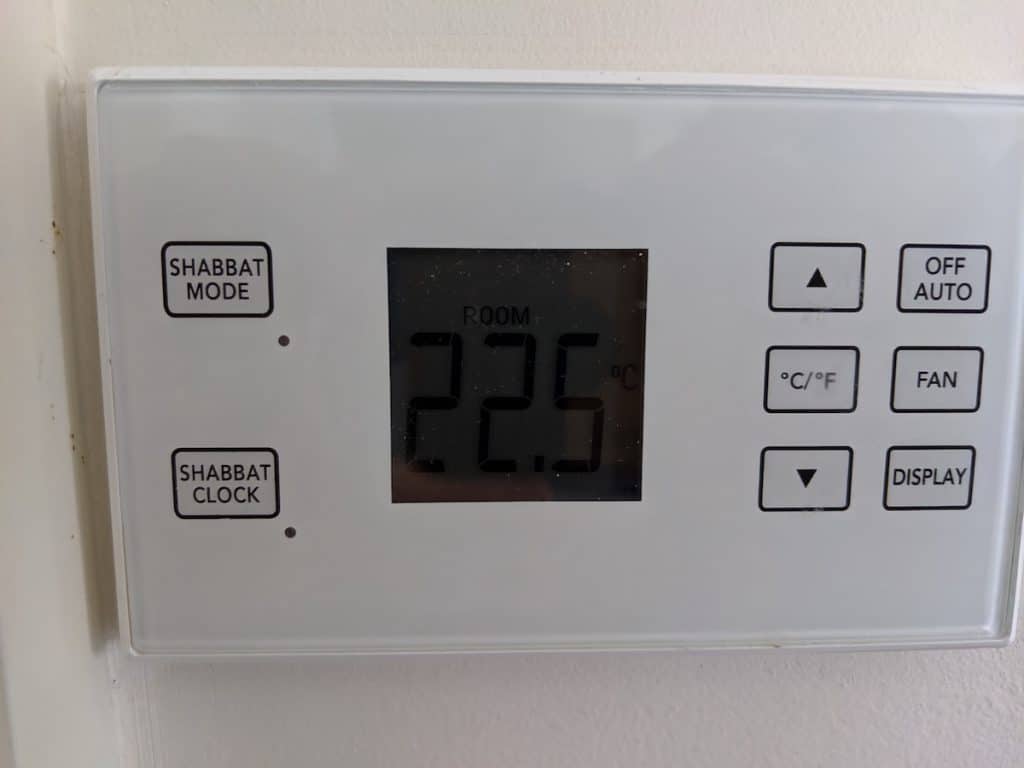 The bathroom is quite impressive with a free standing tub front and center. 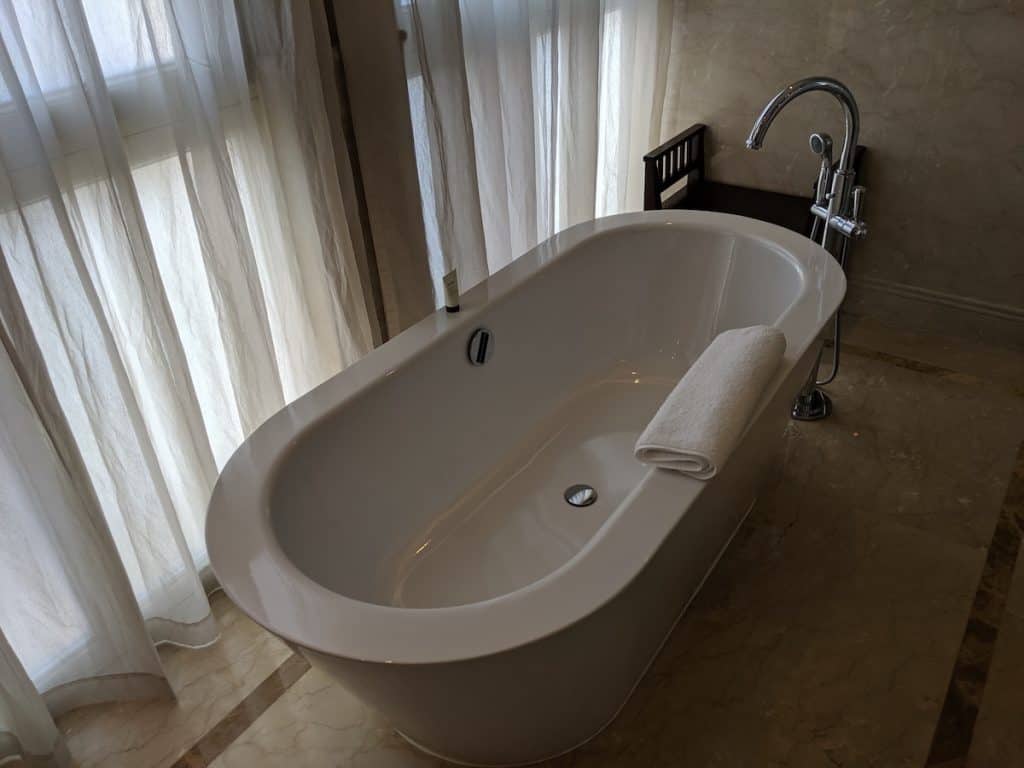 One one side of the tub is the shower and the other side is the toilet stall and dual vanity. 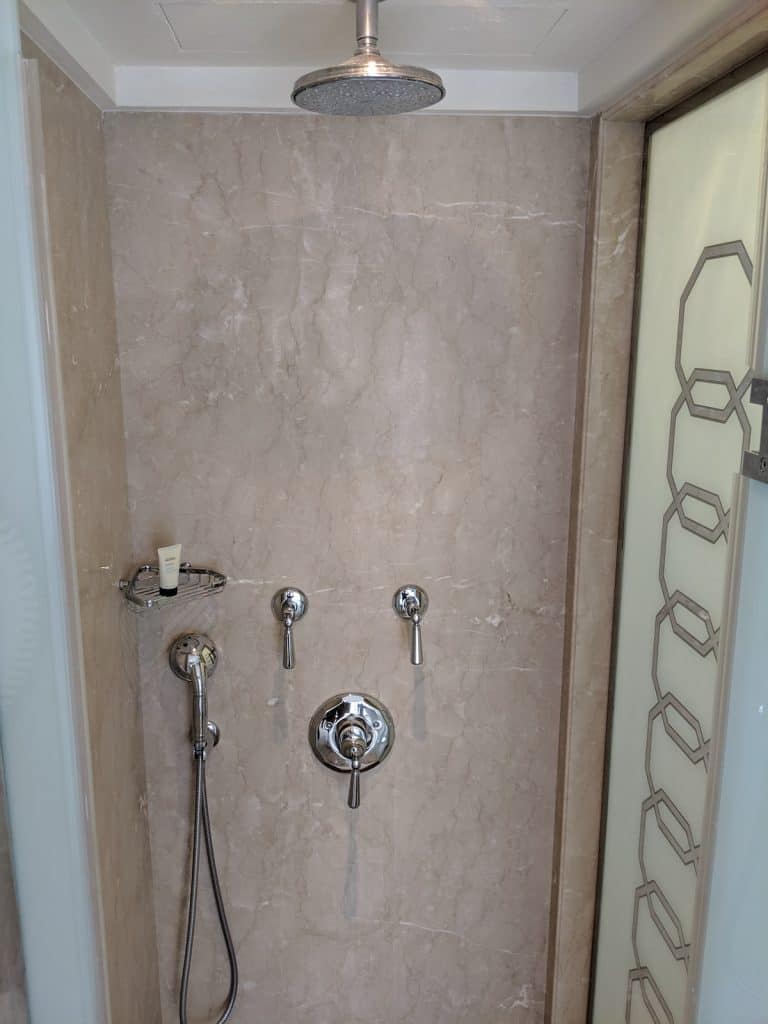 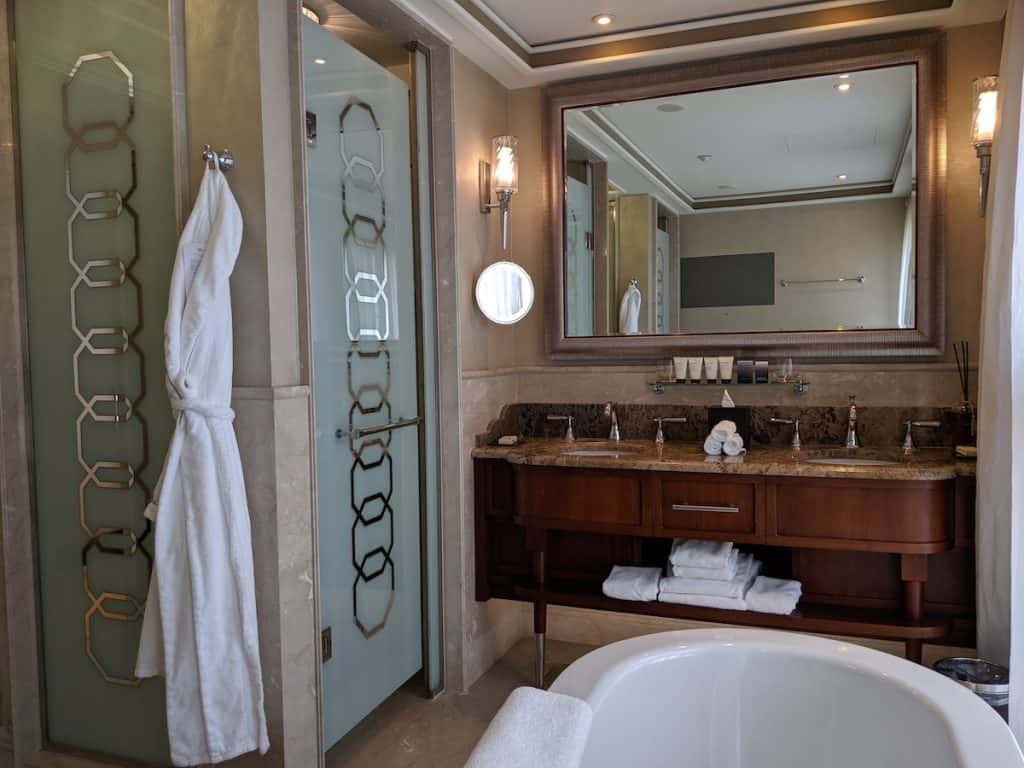 The mirror has a TV built in with speakers in the ceiling above the tub.

The bath products are all Ahava, though I believe the standard rooms have a less premium bath product. 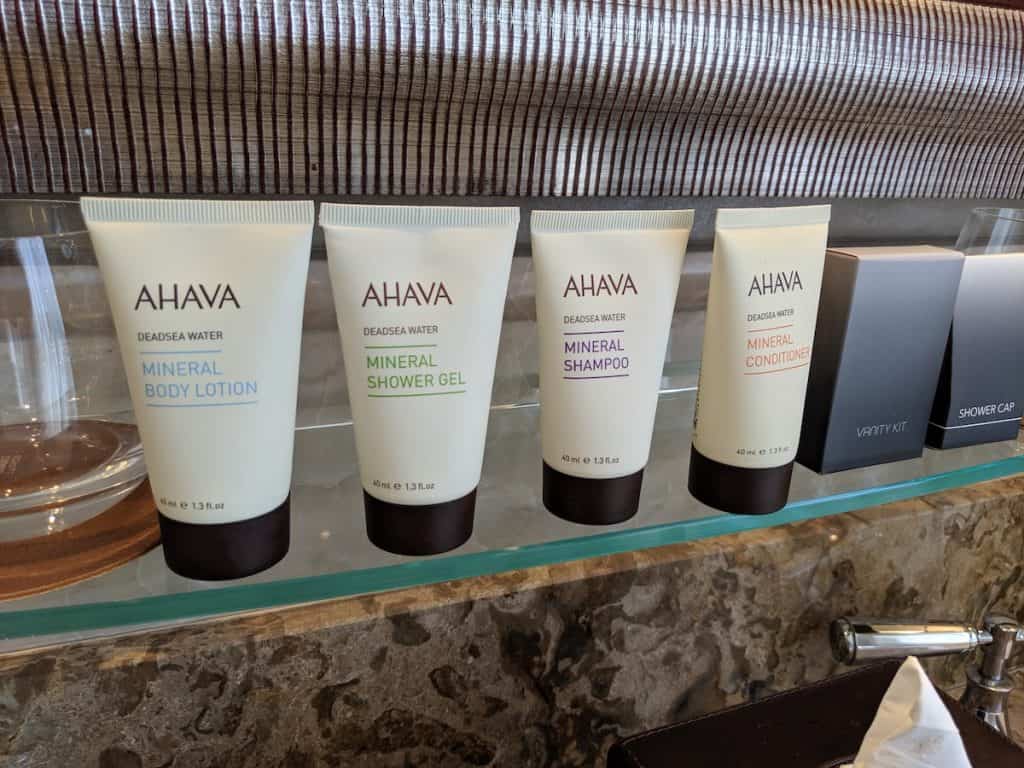 My one complaint with the room is that the shower water was too hot.  Even when turned to the lowest/coldest temperature, it was quite warm.  As I was in Jerusalem in the summer, I would have liked to take a cool shower after a day of walking around.

I understand that there is a spa and gym on site, but I didn’t have a chance to explore them.  I was told that there will be a pool but it hasn’t opened yet (5+ years after the hotel opening, I do not understand why the pool isn’t opened).

On the fourth floor there is access to a roof terrace.  I understand that there is a cafe on the terrace, but it wasn’t open during my visit.  Not sure if that was because of Shabbat or it hasn’t opened yet. 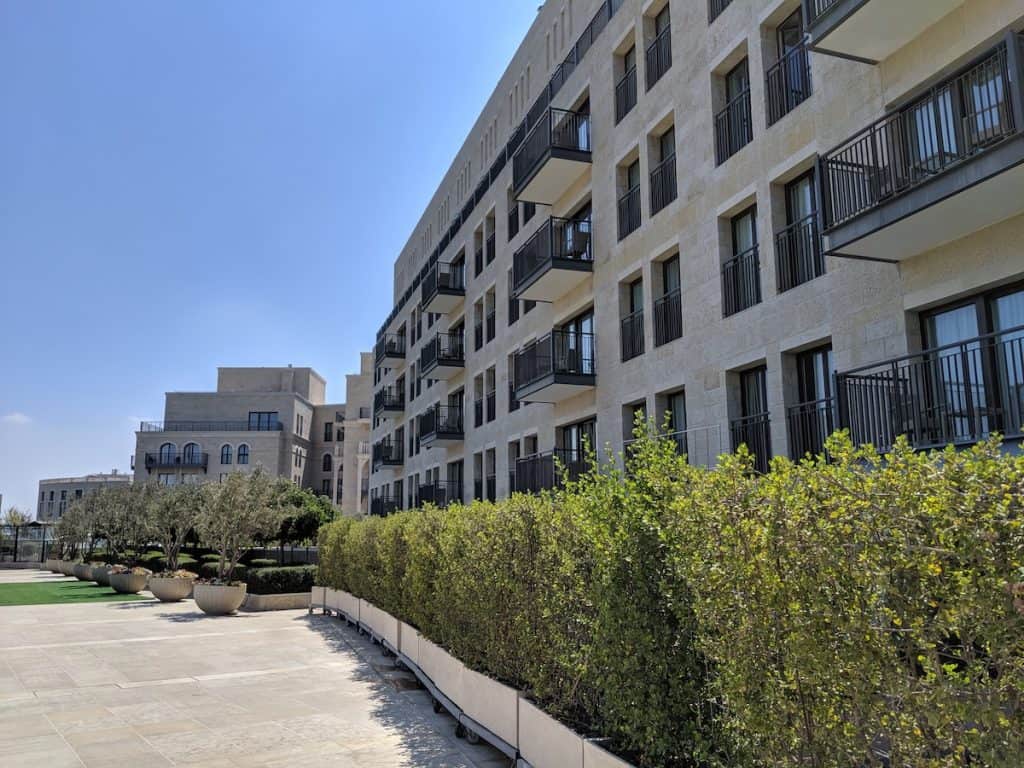 Breakfast is included for Gold and Diamond Hilton Honors members.  It is served in The Palace Restaurant off the lobby. 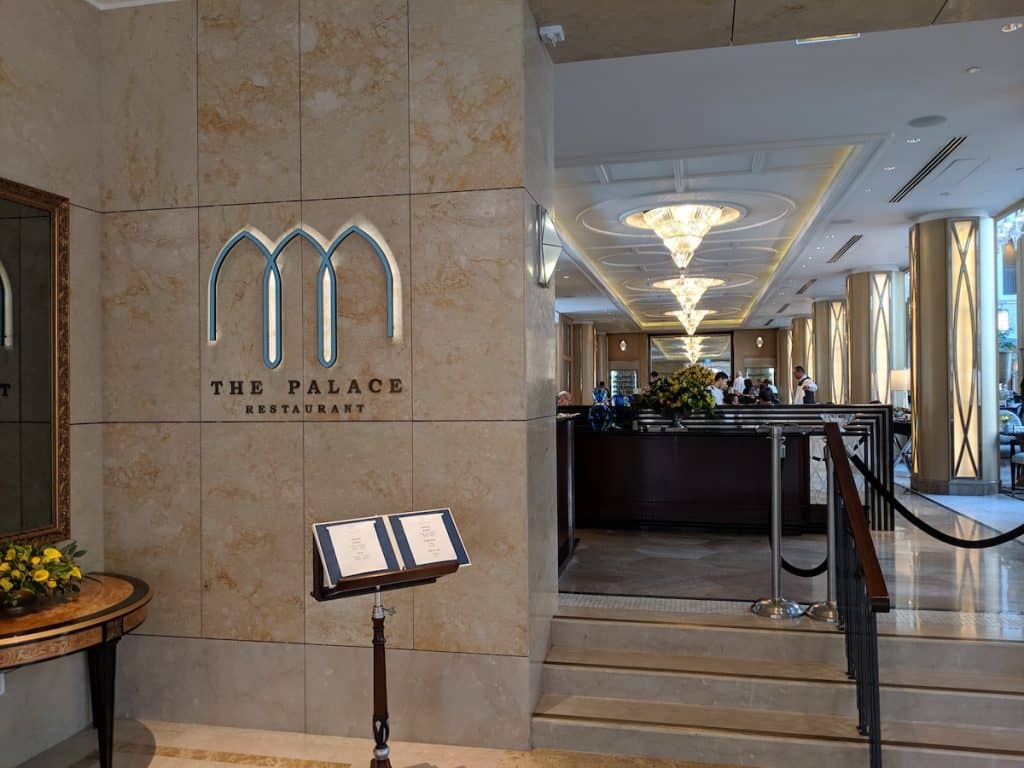 There is a large buffet with a good number of options.  If you want fresh squeezed orange juice, ask one of the servers. 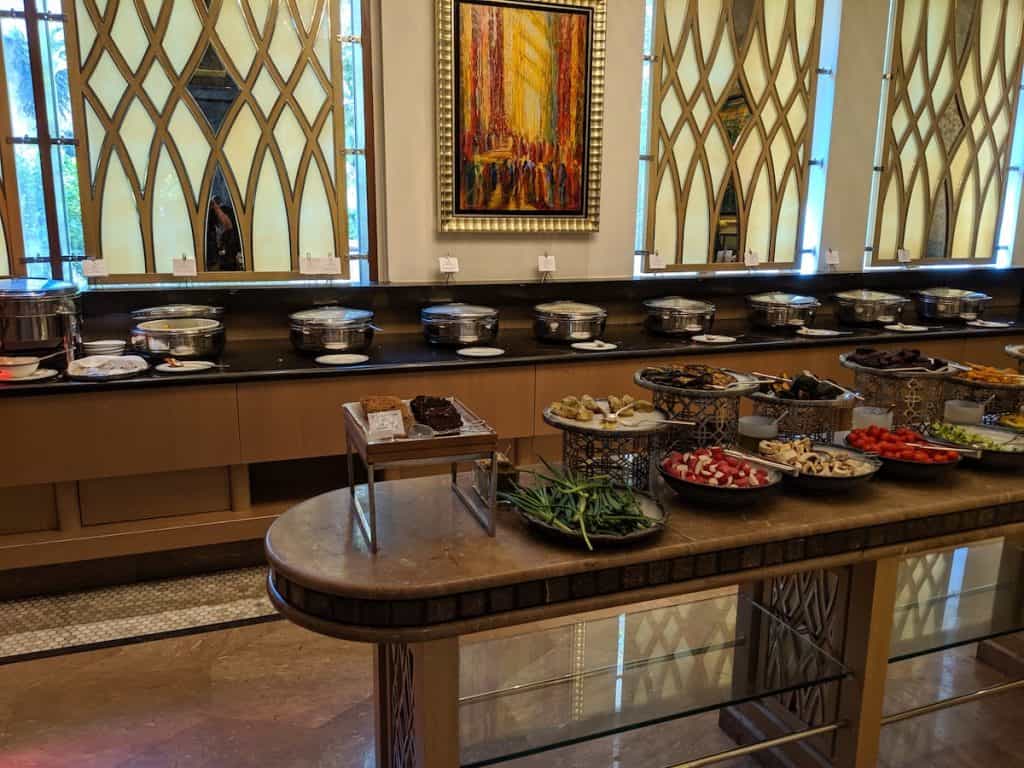 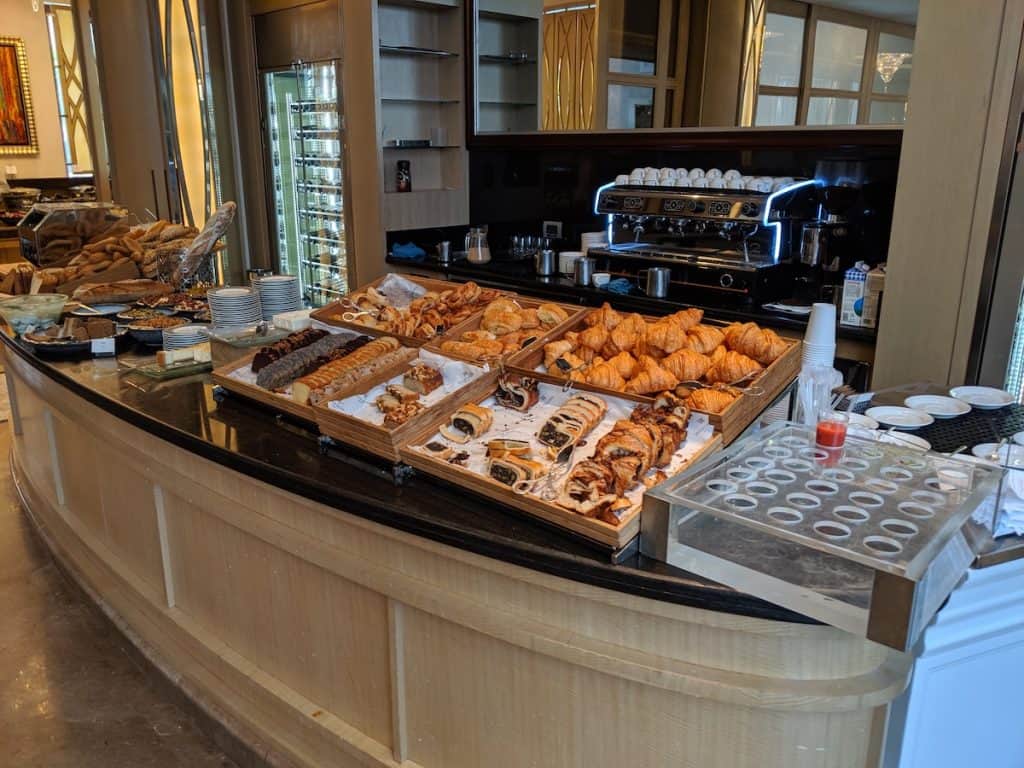 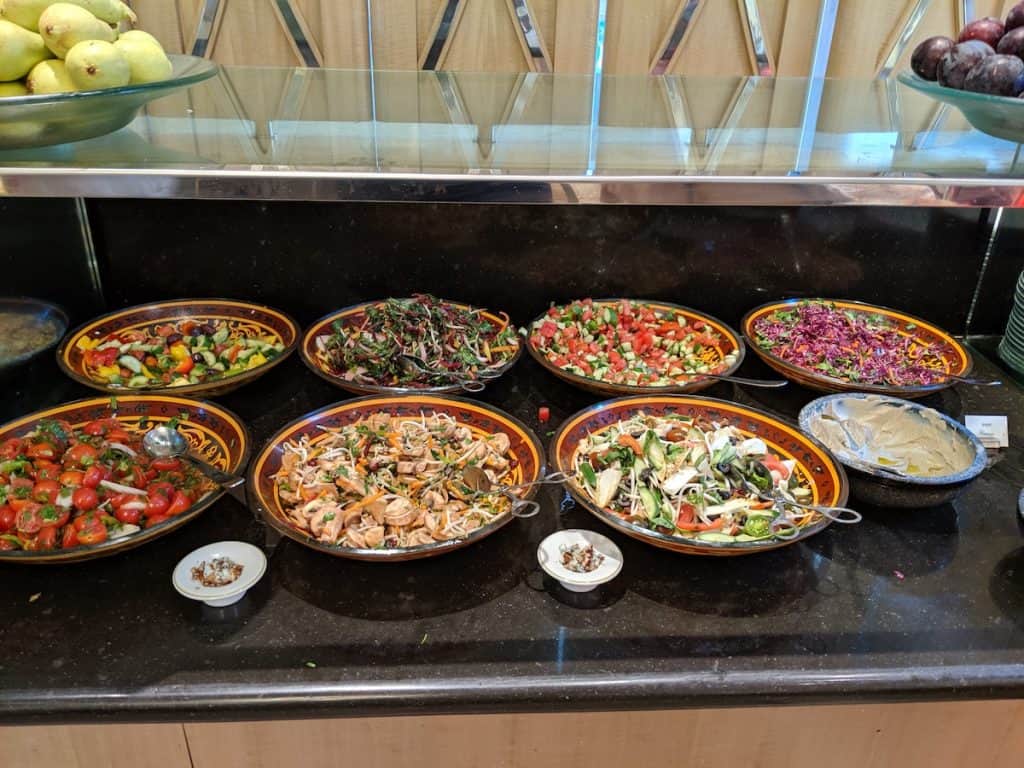 Additional items made to order are available.  The French Toast was delicious. 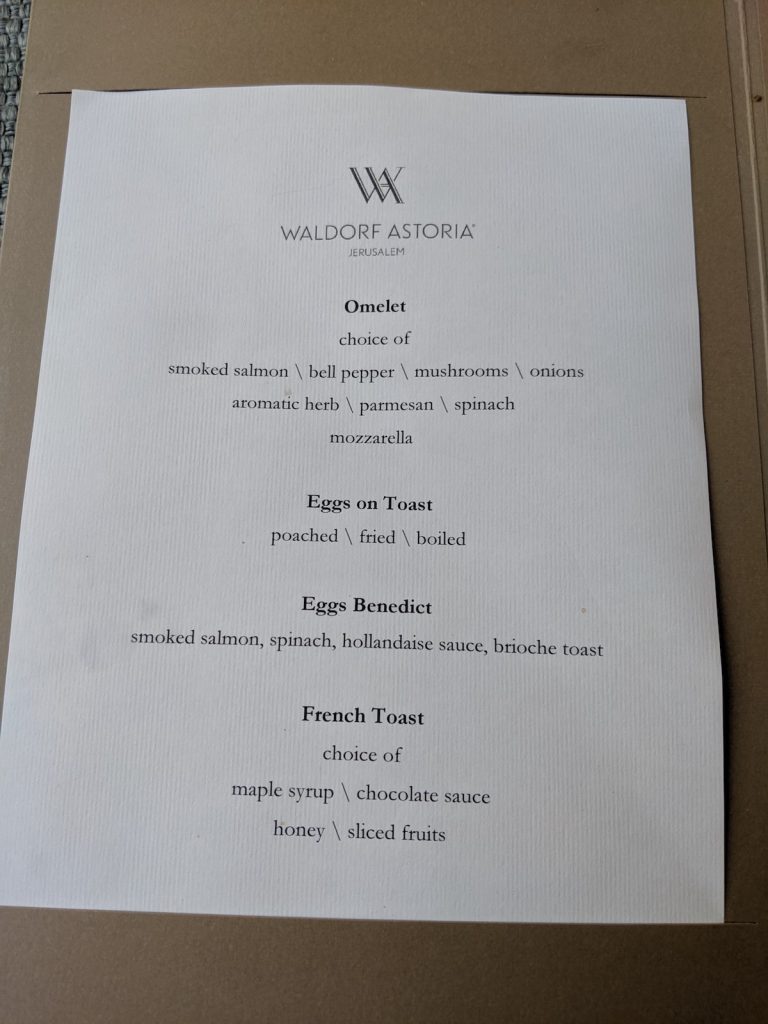 Overall I found the Waldorf Astoria Jerusalem to be a top notch hotel.  I liked it MUCH better than the Waldorf Astoria Rome.  The hotel is expensive (most dates start around $500 for a basic room) and 95,000 points is a ton for the property.  Jerusalem is an expensive city, and Waldorf Astoria is a luxury brand, so I guess the price is to be expected.  It is either a big splurge or a great way to spend a free weekend night certificate.