Innsbruck Airport (INN) is quite small, so it doesn’t have a lot in the way of amenities, but getting through security went quickly and it’s very fast to walk from there to your gate! In researching ahead of time for my trip, I was surprised to see that an airport that small would have a Priority Pass lounge. I had already eaten a large breakfast at my hotel, but I was very early for my flight, and wanted to visit just to check it out.

I’m glad I did, because the interior design of the lounge is beautiful and the floor-to-ceiling windows offer great runway (and mountain!) views. It won the German Design Award in 2019, so I’m not the only one who feels that way! 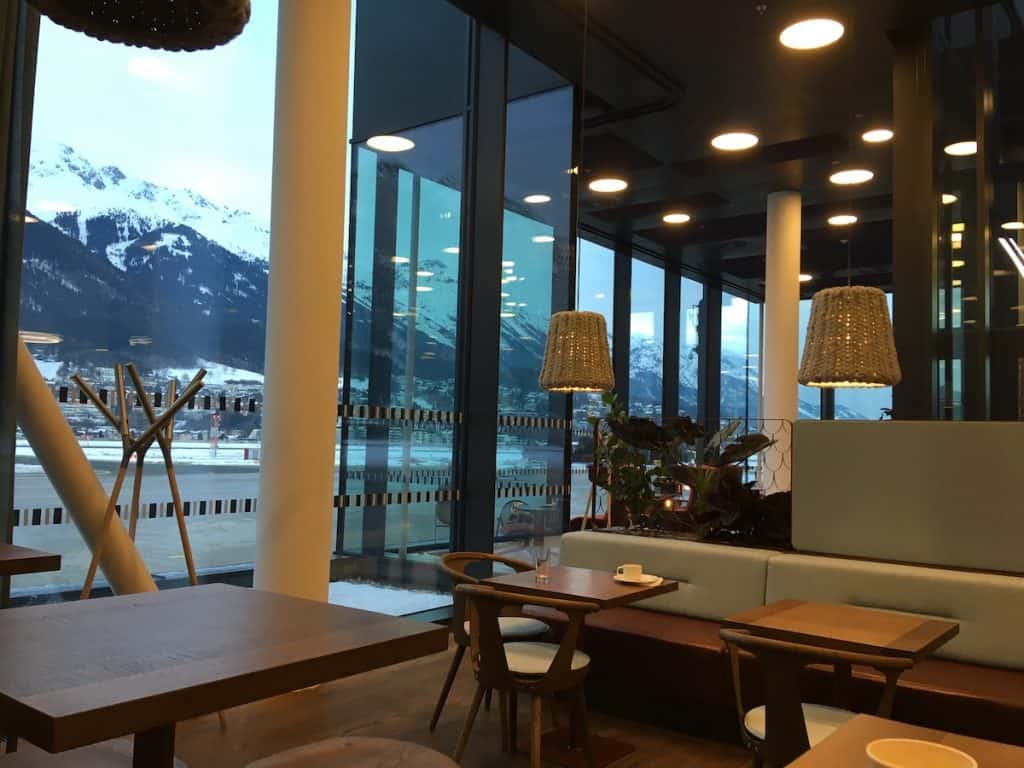 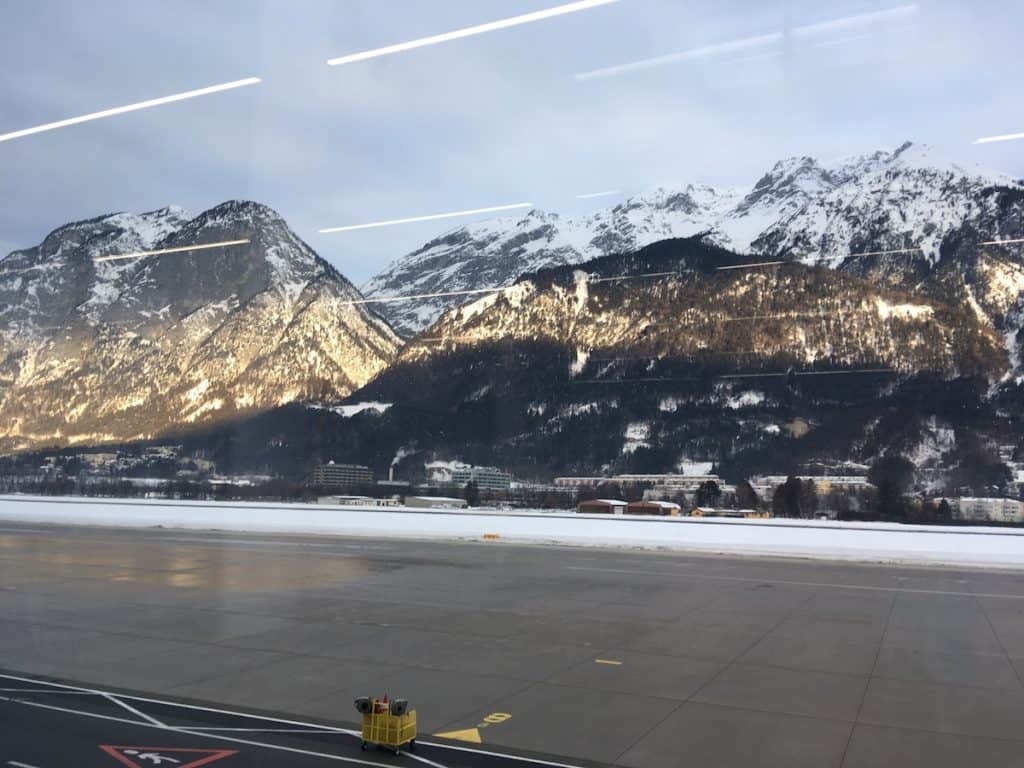 I visited on a Monday in January at around 8am, before my 9:30am flight to Amsterdam, and there were very few other guests in the lounge. It was so quiet, you could hear a pin drop! Probably the quietest lounge I’ve ever been to. I was trying to avoid making any sounds so I wouldn’t be the rude American interrupting the silence. 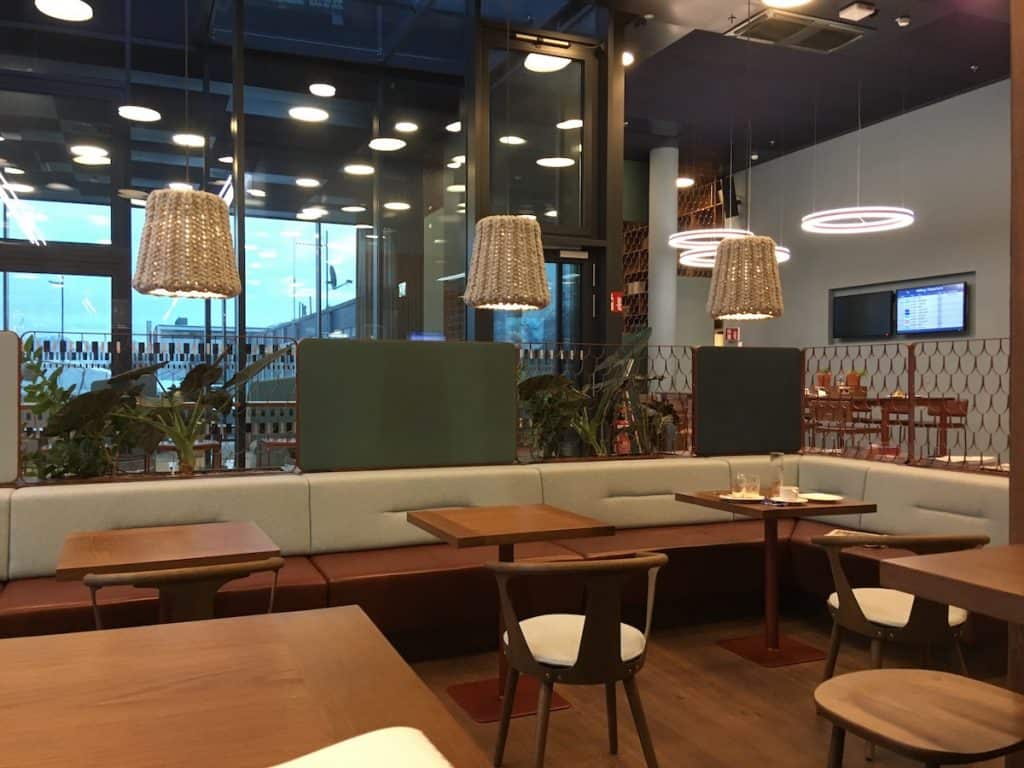 The lounge features several different seating areas, plenty of electrical outlets, and even a library! The food offerings at breakfast were more of a snack than a full meal, but since I’d already eaten anyway, I just fixed myself a cappuccino. The seating areas were very clean and well-maintained and the staff came around to pick up used dishes often. The lounge has only been open since 2017, and it definitely still looks brand new.

It’s a hidden gem, so don’t miss the Tyrol Lounge if you find yourself in Innsbruck!