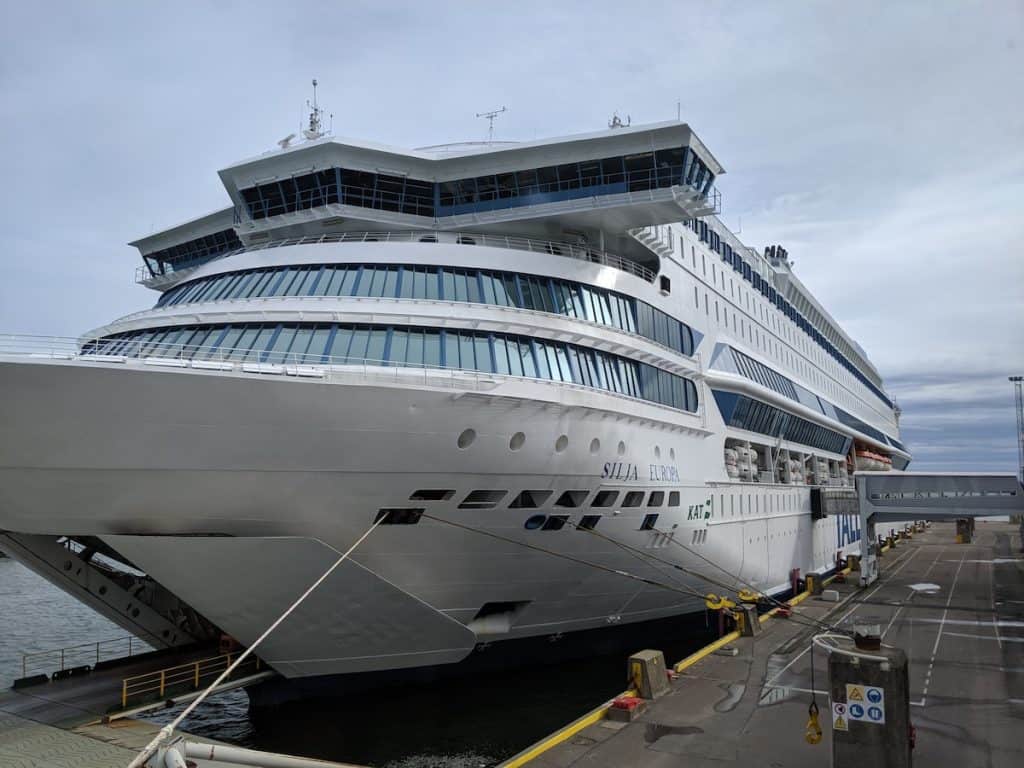 Previously I wrote about my experience on the Silja Symphony from Stockholm to Helsinki.  After two nights at the Hotel Indigo, I left Helsinki on the Silja Europa to Tallinn, Estonia.

The crossing from Helsinki to Tallinn only takes four hours (less if you take a faster ferry).  Most people do the trip and it runs multiple times a day.

However, the Tallink Silja company runs a once a day “overnight” ferry.  In reality, it leaves at 6:30pm and arrives in Tallinn around 10:00pm.  But you stay on the boat until 8:00am the next morning.  It is a nice way to not have to pay for a hotel in the city.

I booked my ticket about three months in advance.   I purchased an A Class room with an exterior window.  The total was €59 one way including the overnight.

Built in 1993, the Europa is more functional and has less amenities than the Symphony. But for €59 I can’t complain. 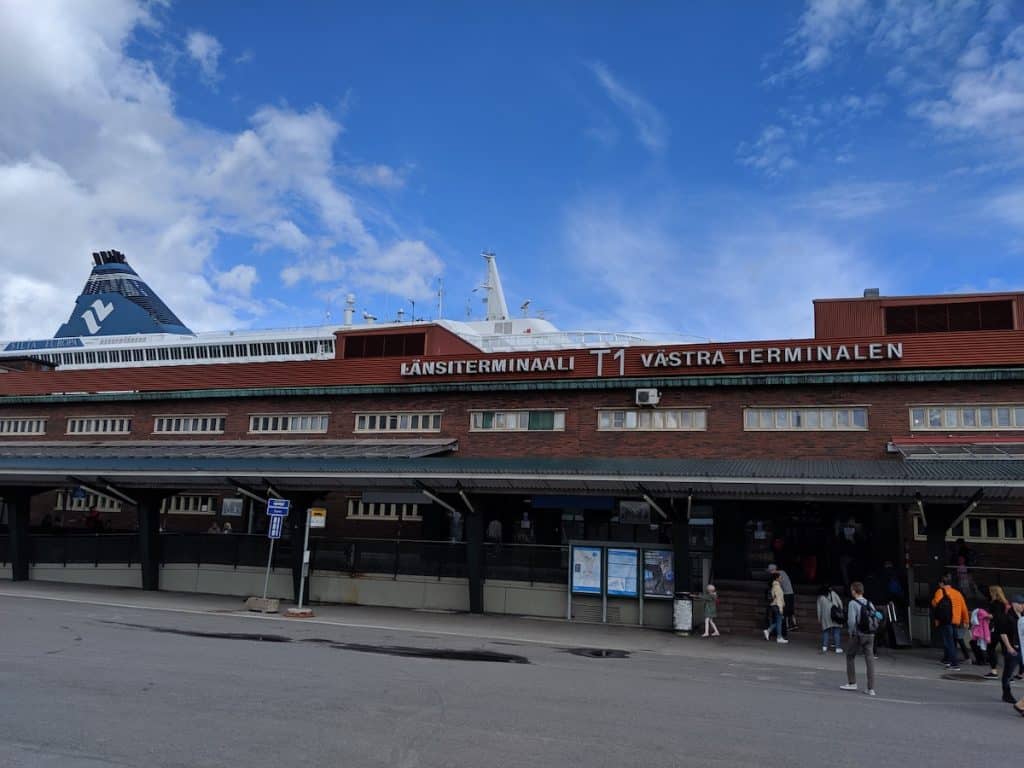 In Helsinki, the Europa leaves from the West Terminal 1 dock.  This is different than the ferry in from Stockholm or the other ferries to Tallinn.  Luckily tram #6 has a stop outside my hotel and the route takes it to a stop just outside West Terminal 1.

The terminal is old and there were only four staff checking in passengers.  It took a while.  Then when boarding began around 5:30pm, it took another wait in a line to get through the boarding gates. 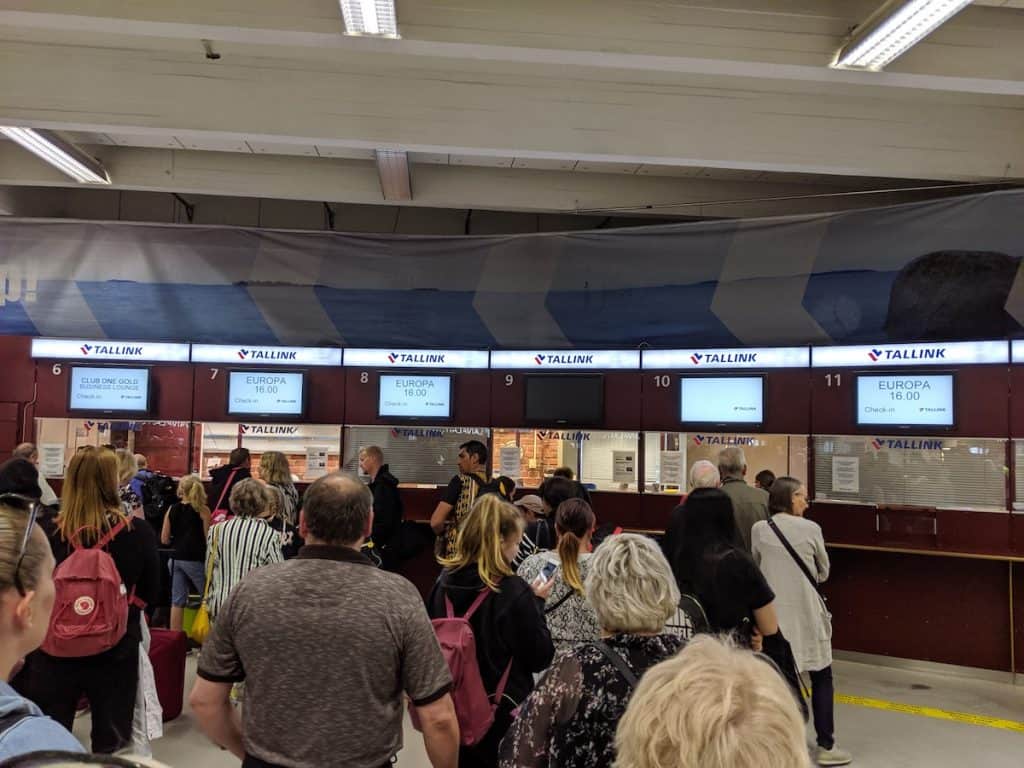 The ship has 12 floors.  Boarding happens on deck 5. 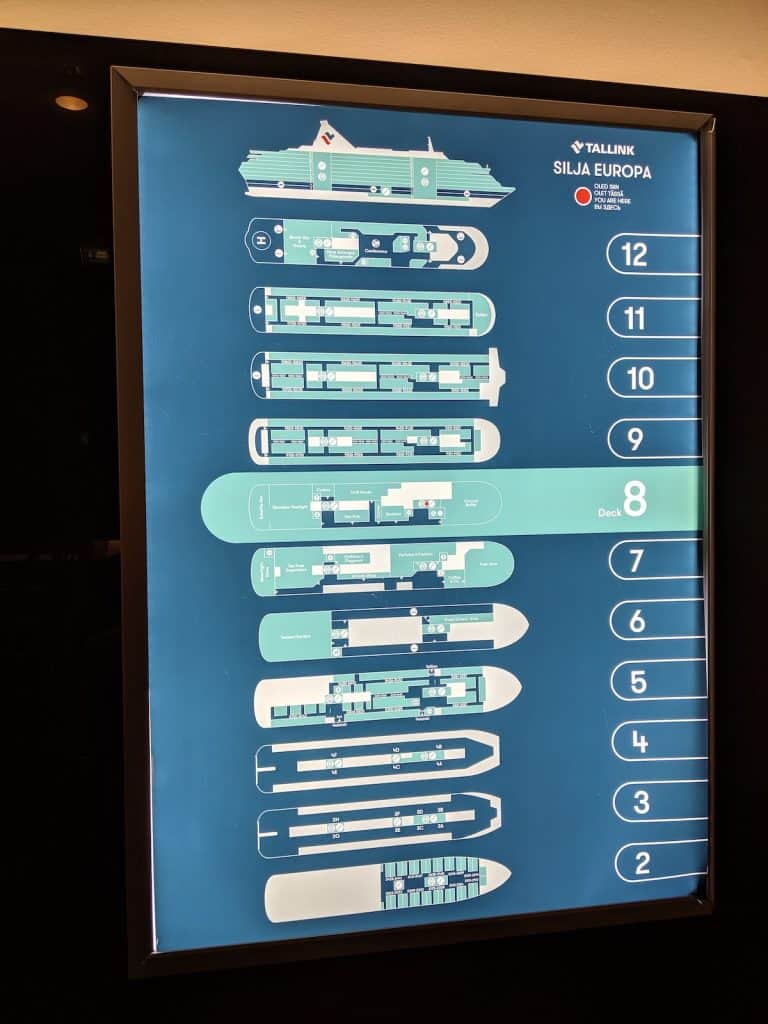 I was assigned cabin 9626.  The halls are wider than on the Symphony, I am guessing because there is no promenade (interior rooms have no windows at all). 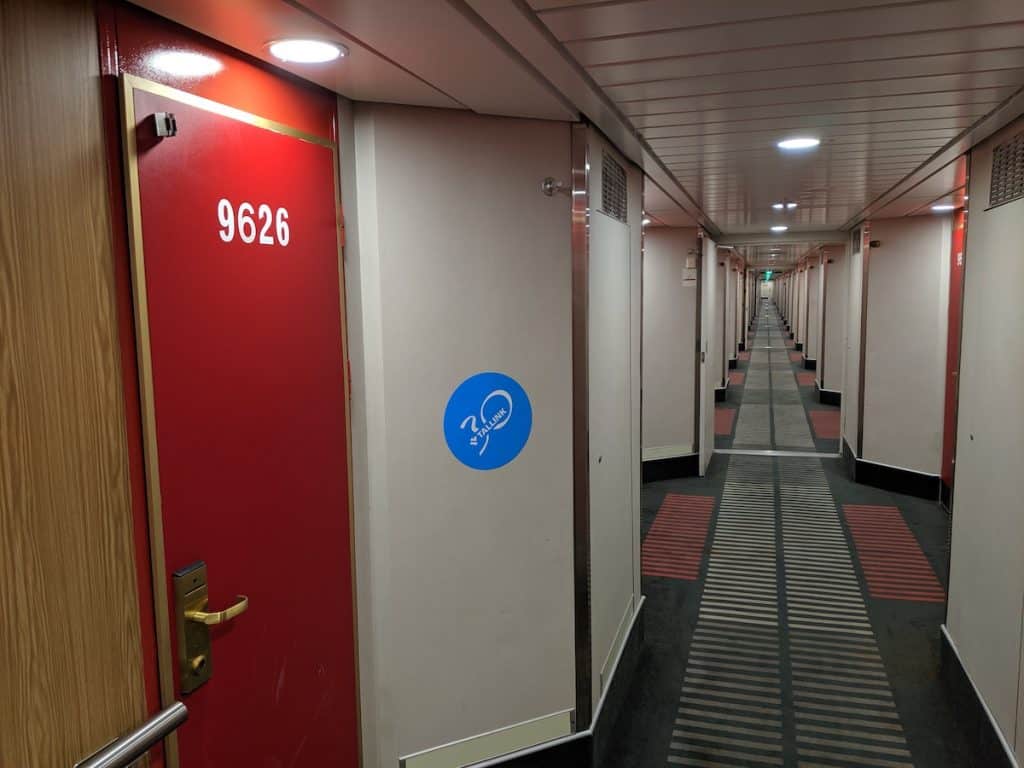 The room is dated but functional.  I believe I actually was assigned a family room as there were four beds that could be folded out.  When I arrived, one bed had been folded out as a couch and the other beds were still folded up.  There is a small desk with mirror and TV in one corner opposite the bathroom. 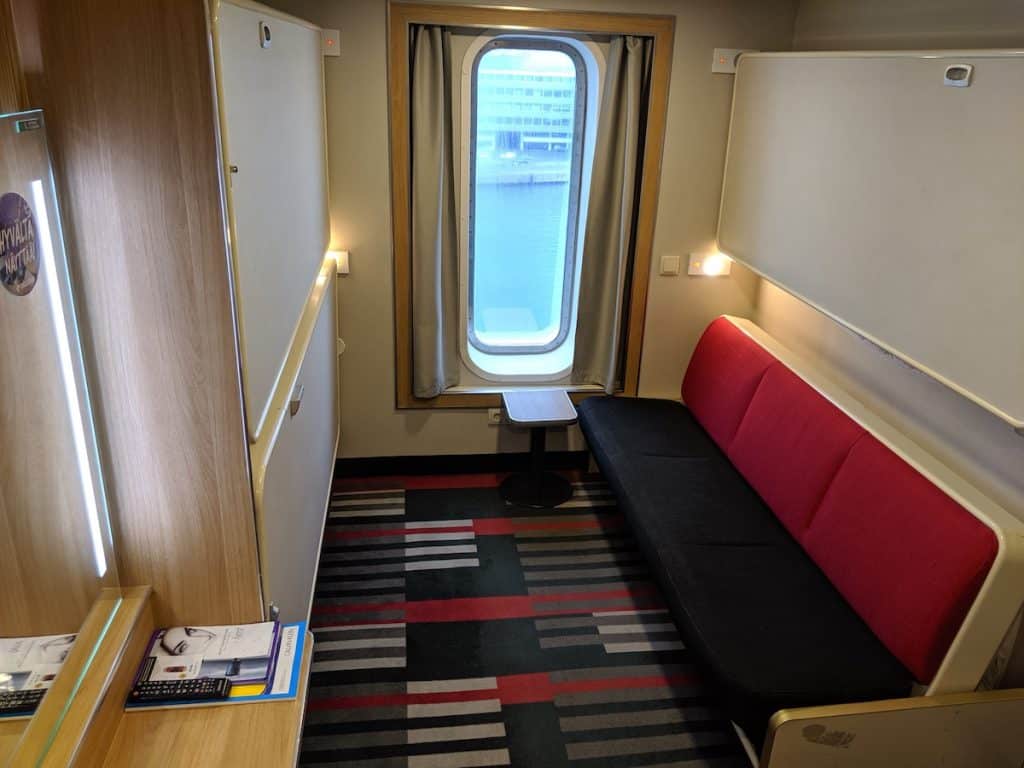 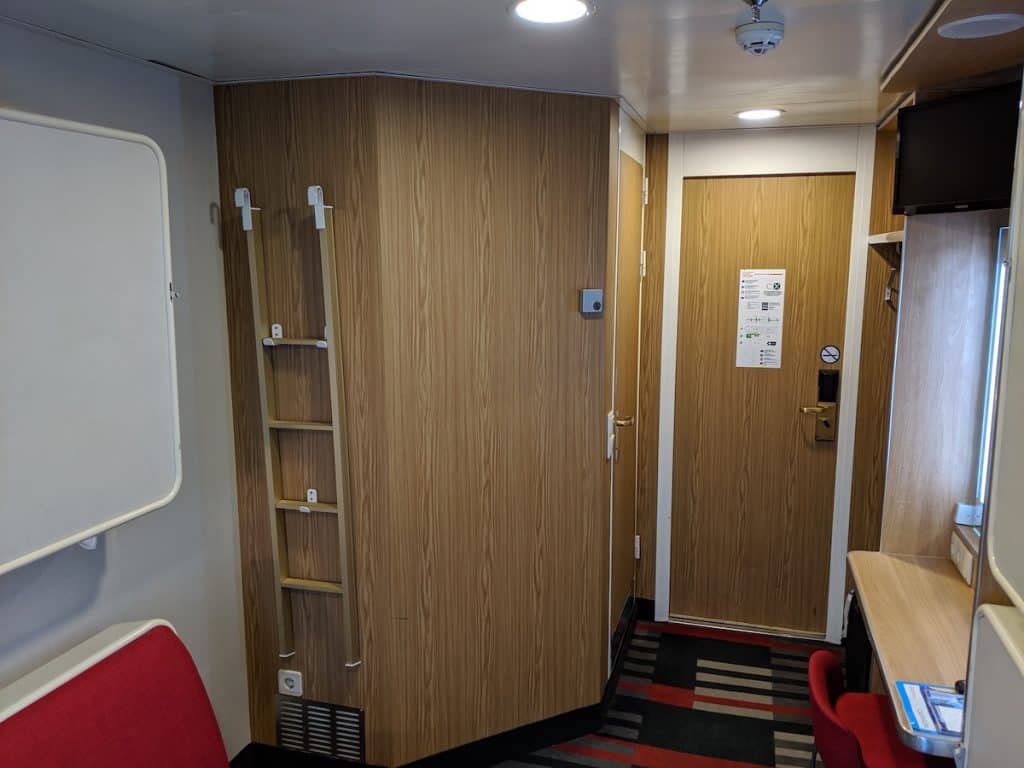 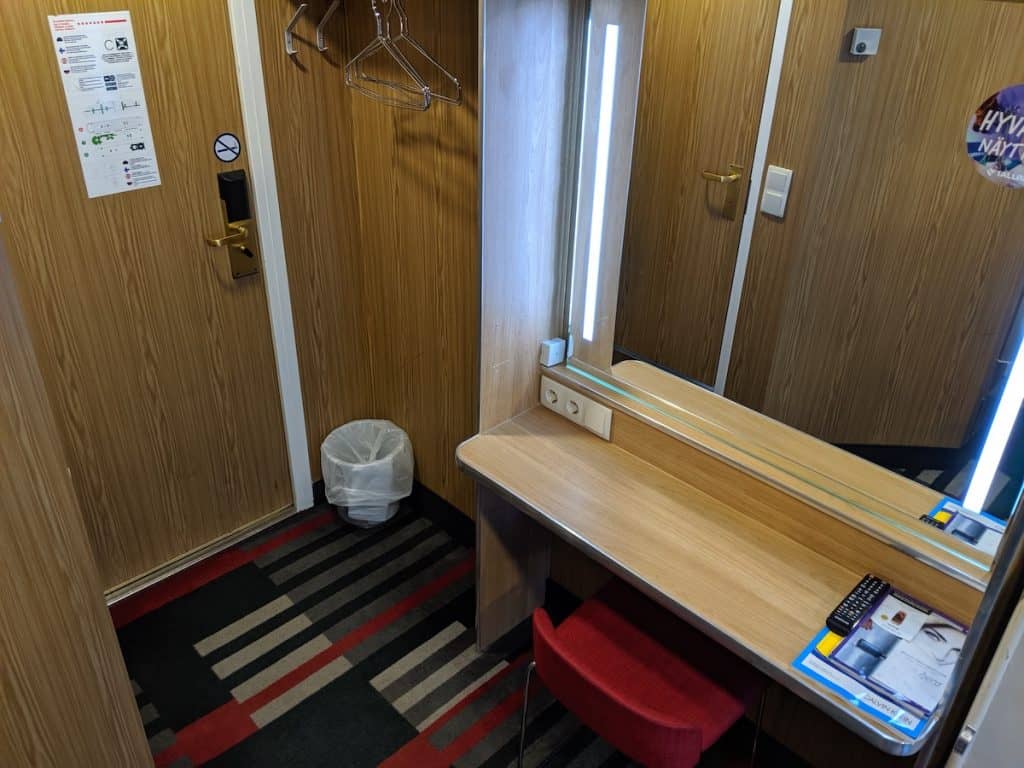 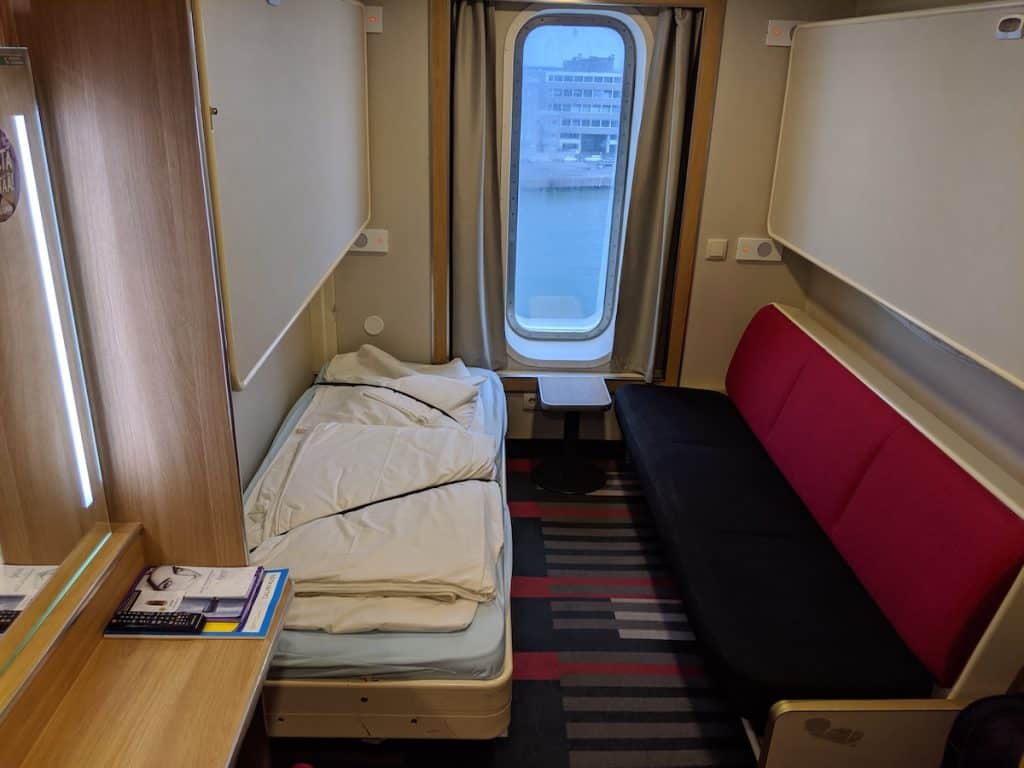 The bathroom on the Europa is slightly nicer than on the Symphony.  Not particularly luxurious but gets the job done. 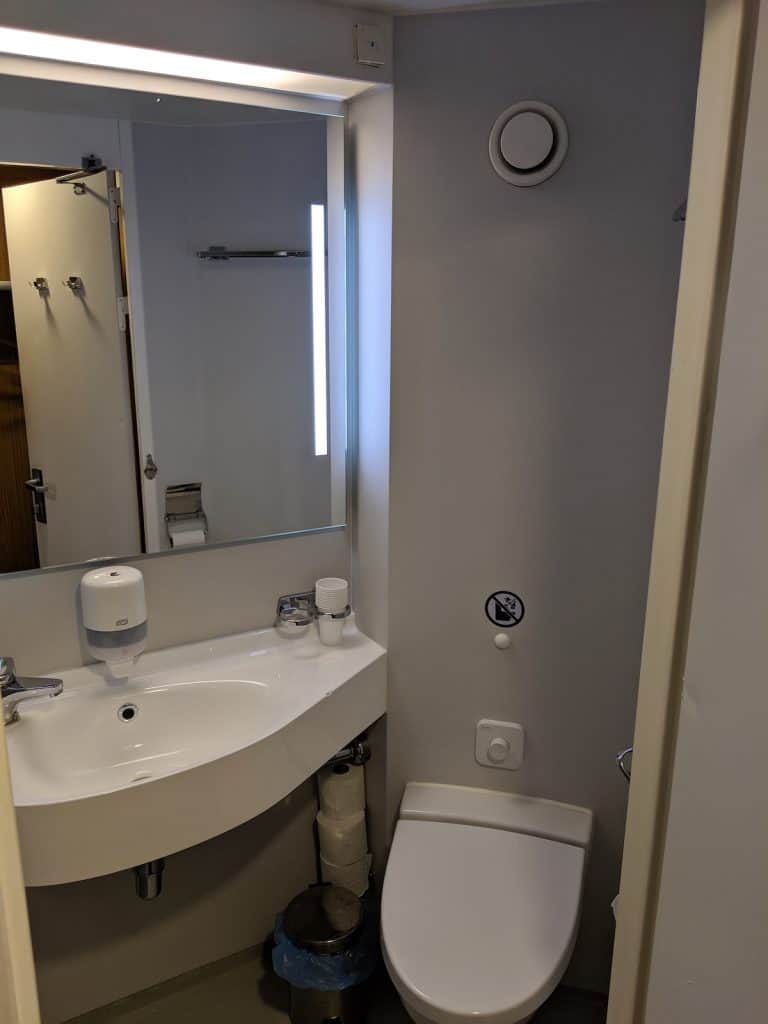 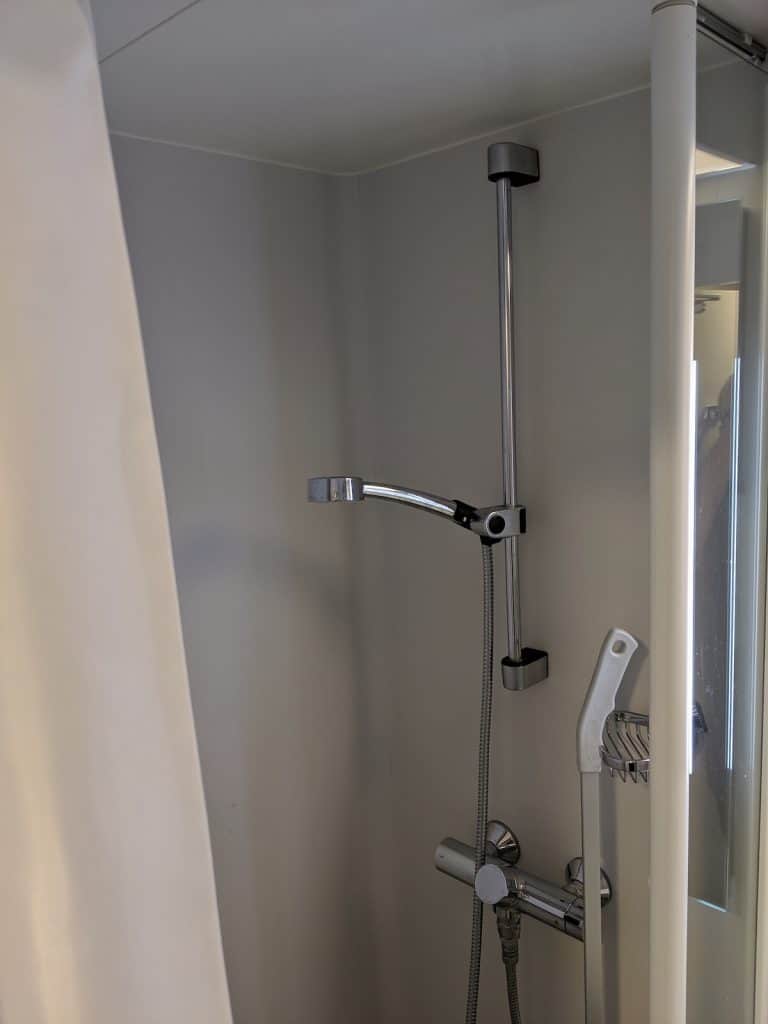 I was once again on deck #9; though this room didn’t have a life boat obstructing the view.  The window is about half as big as on the Symphony. 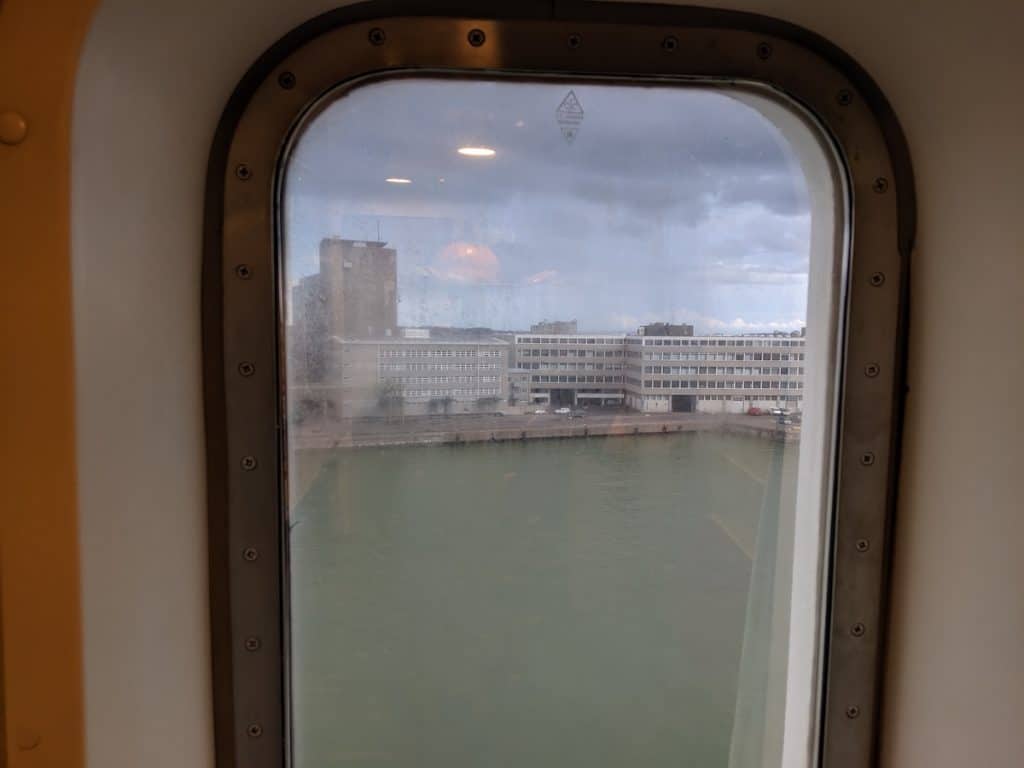 There are a number of restaurants and bars on the Europa, including a Grande Buffet. 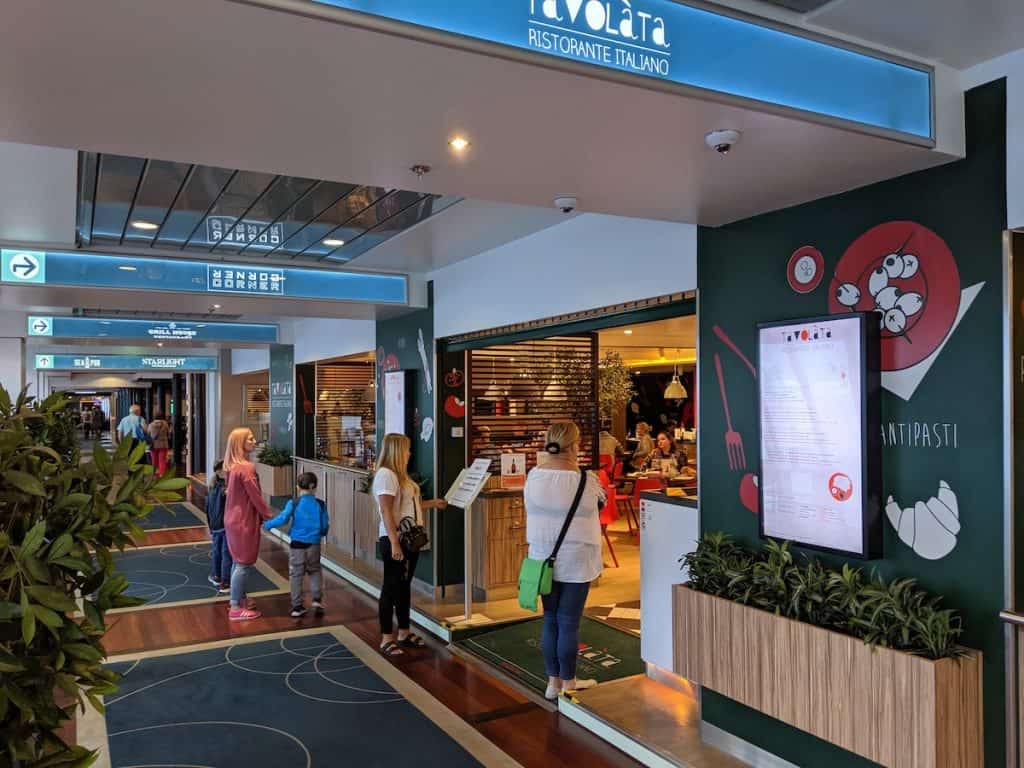 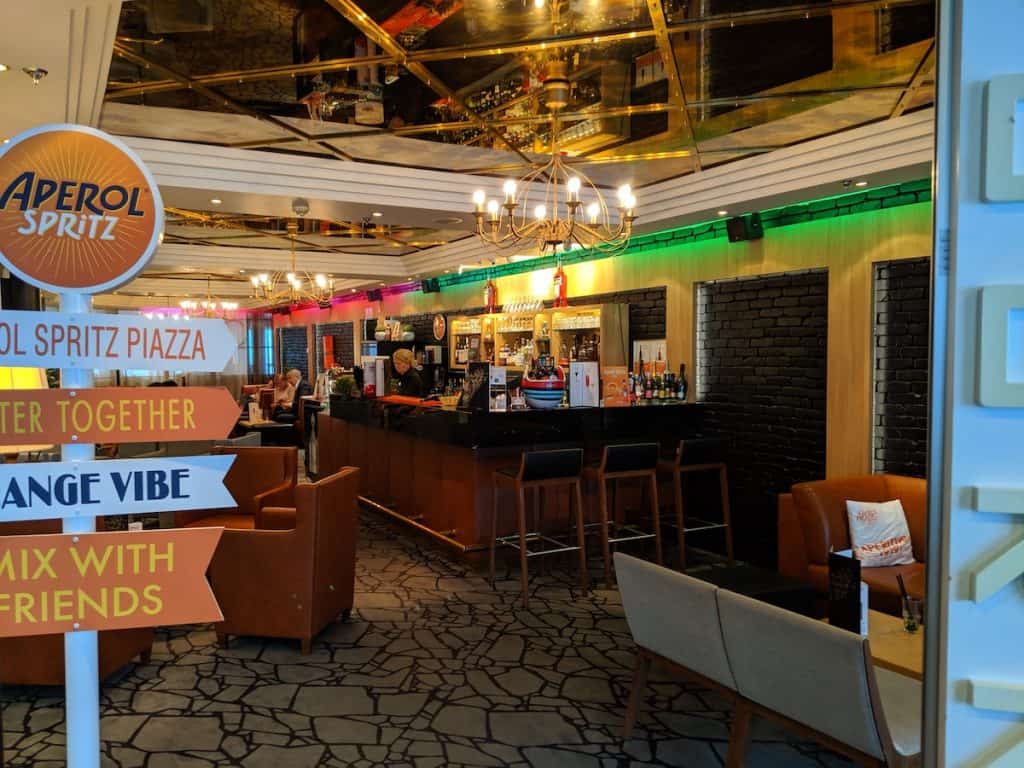 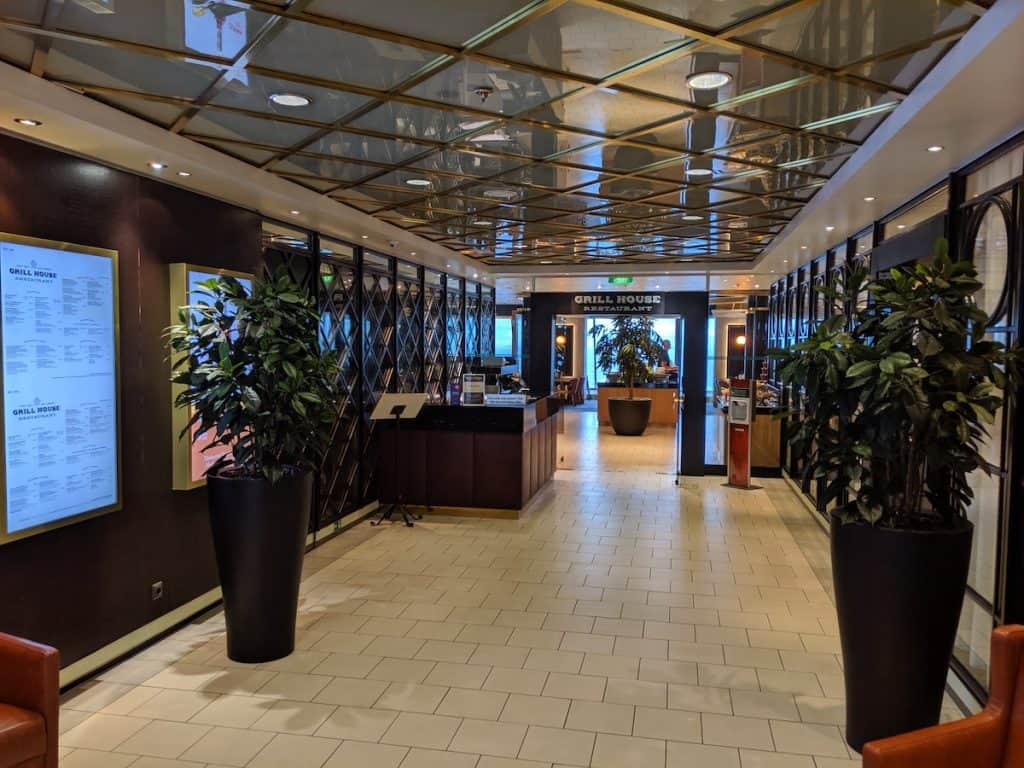 I ate dinner at the casual cafeteria called Fast Lane. 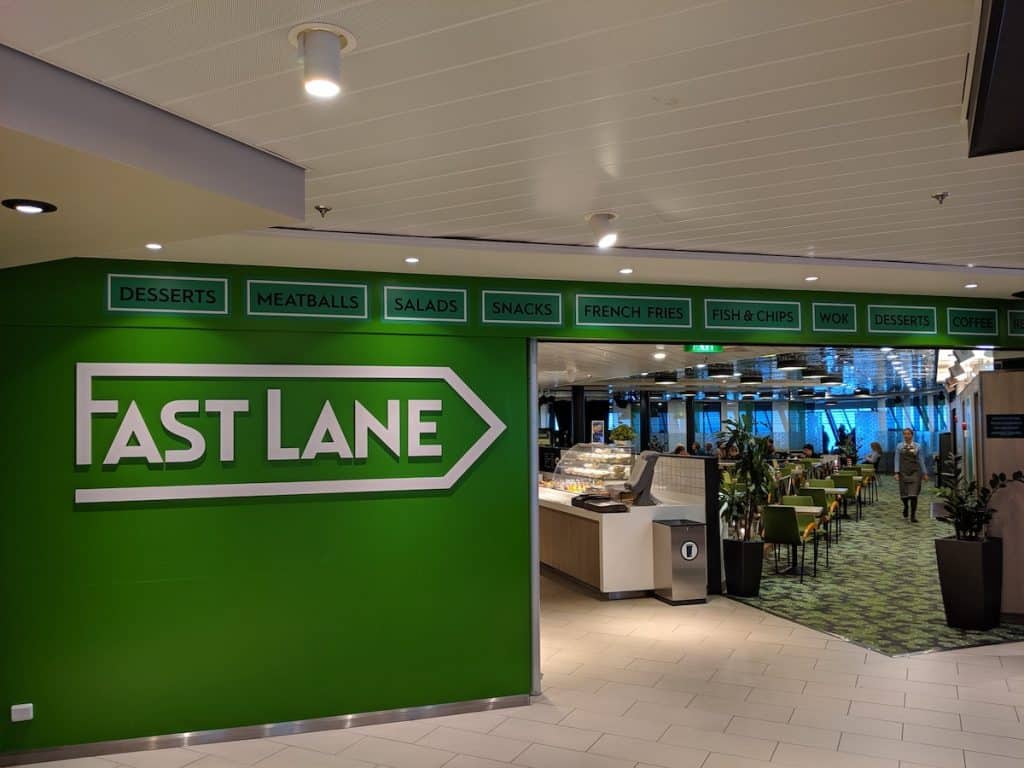 It is set up like a buffet except you pay per item.  I decided on the meat ball plate — for €13 you could fill your plate with as many meat balls (beef, chicken, fish or falafel), potatoes (wedges or mashed), veggies, salads and sauces.  The staff member told me I could pile it as high as the Eiffel Tower if I wanted.  I got close. 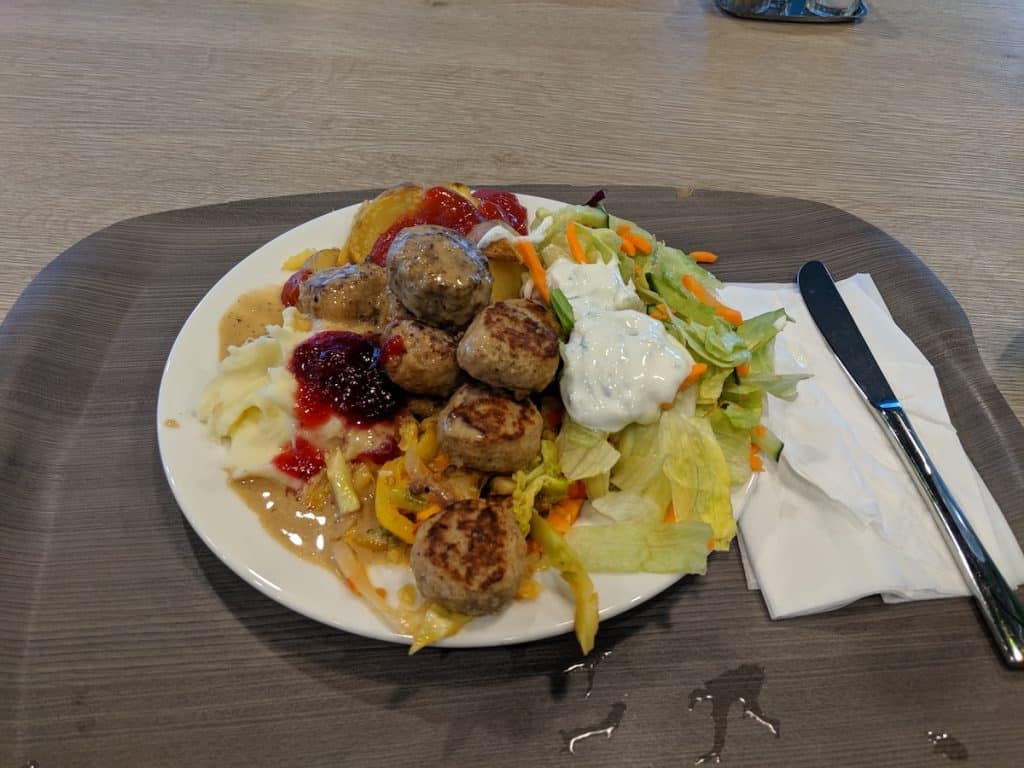 There are a number of shops, including a large duty free store.  There is also a spa available in addition to the jacuzzi area. 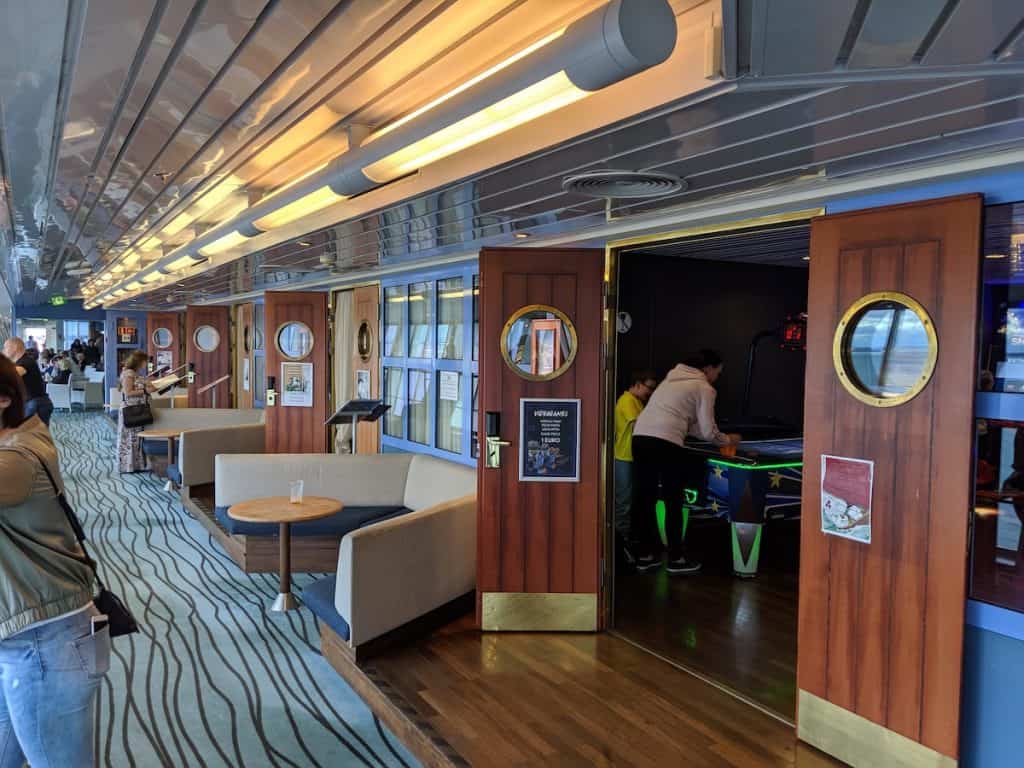 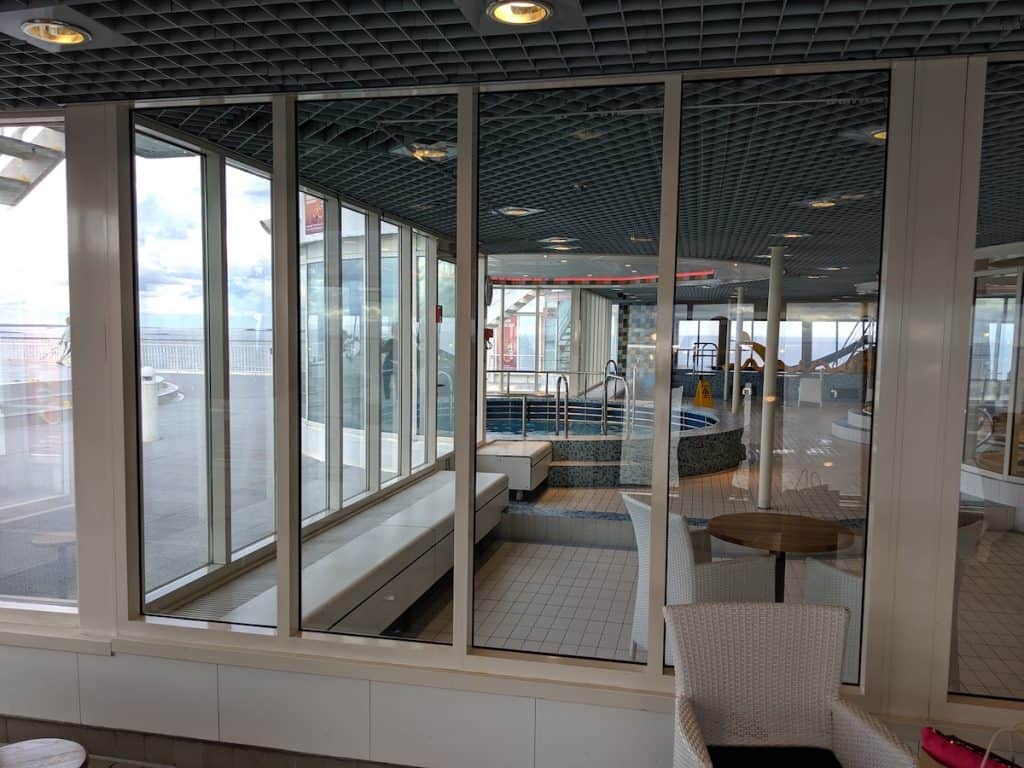 A couple of the decks had kids areas. 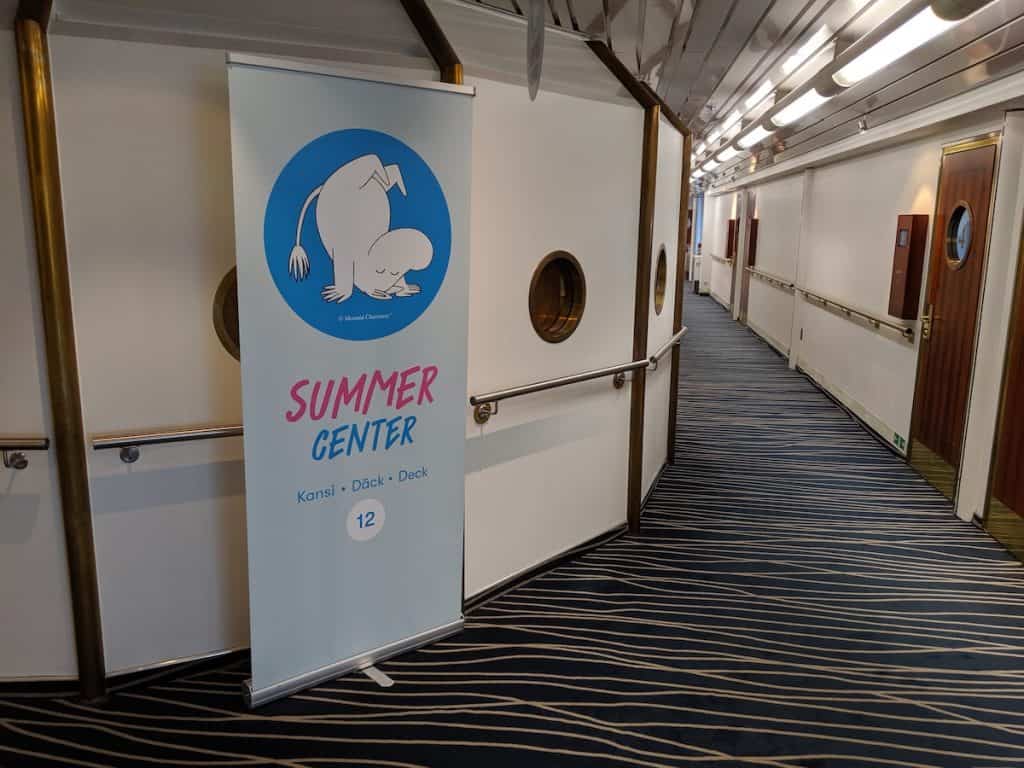 More of the boat is covered than the Symphony.  Still there are a few outside spaces on deck 12 in the front and back — including a helipad. 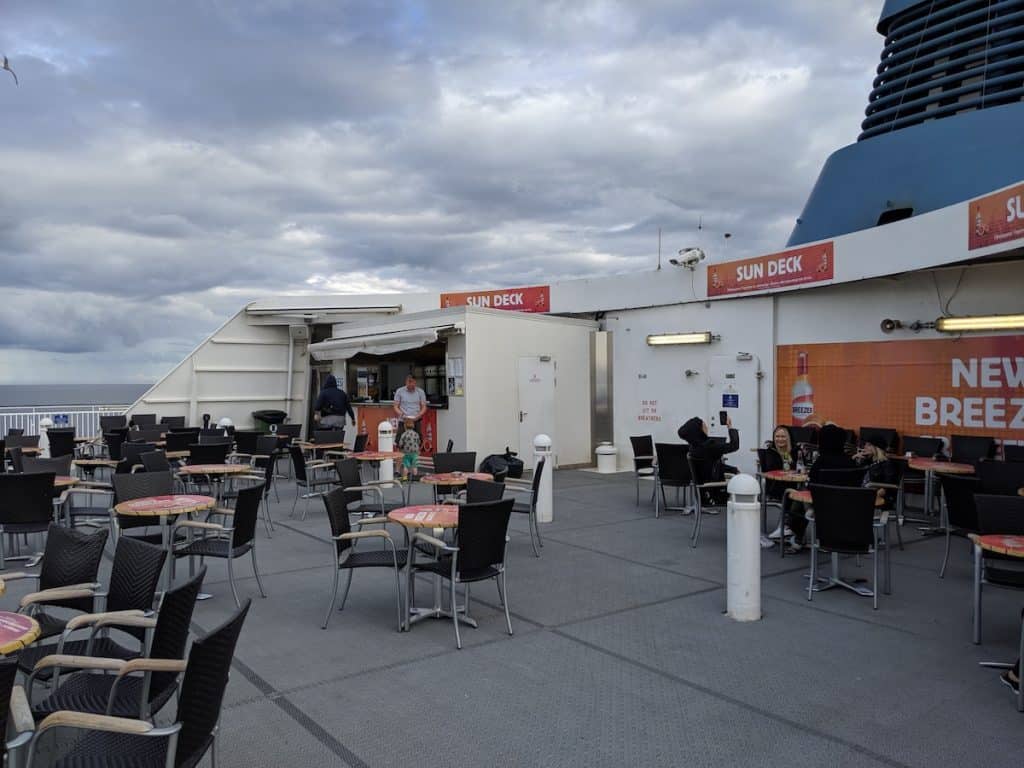 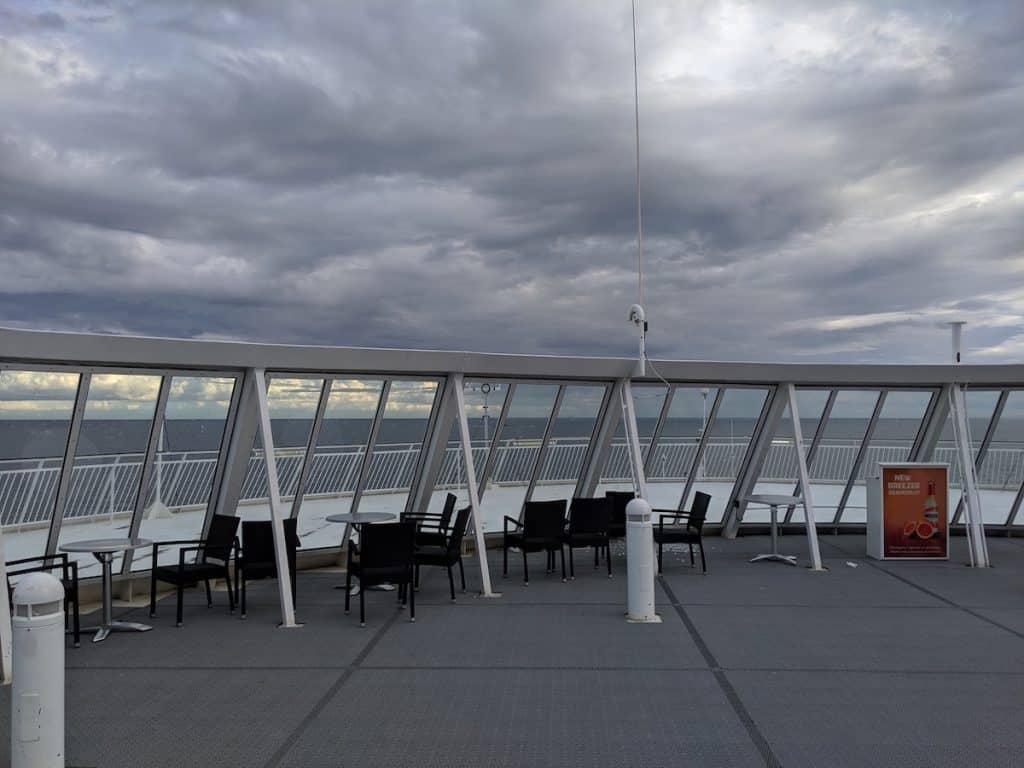 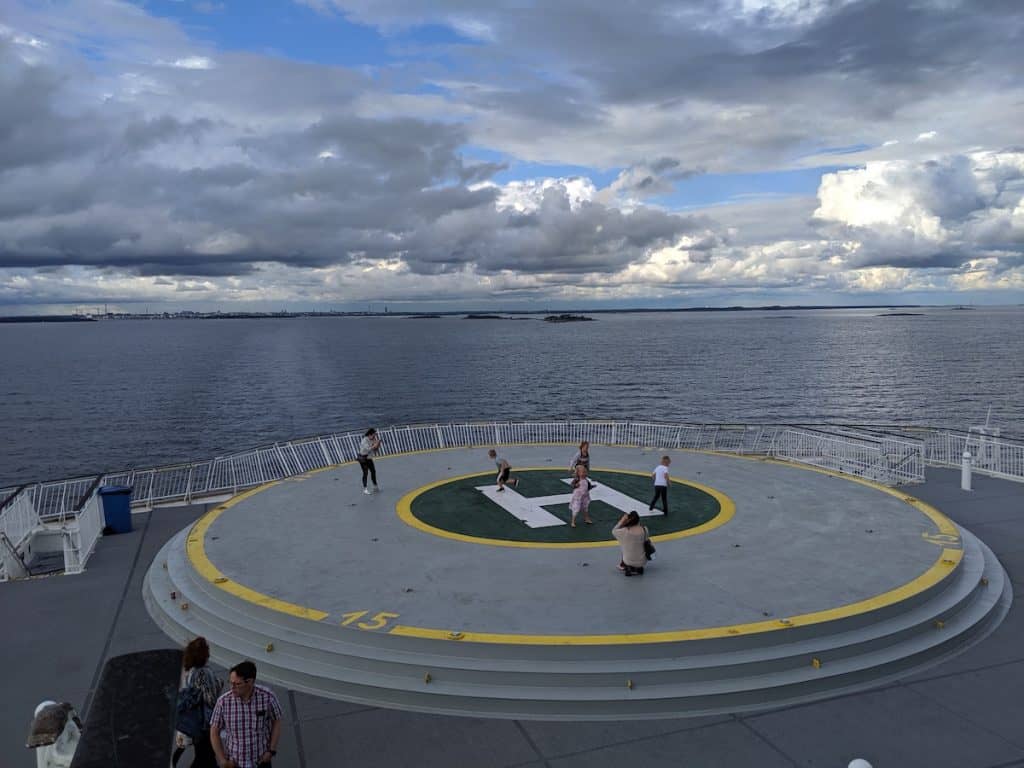 There is a small casino and small night club area as well. 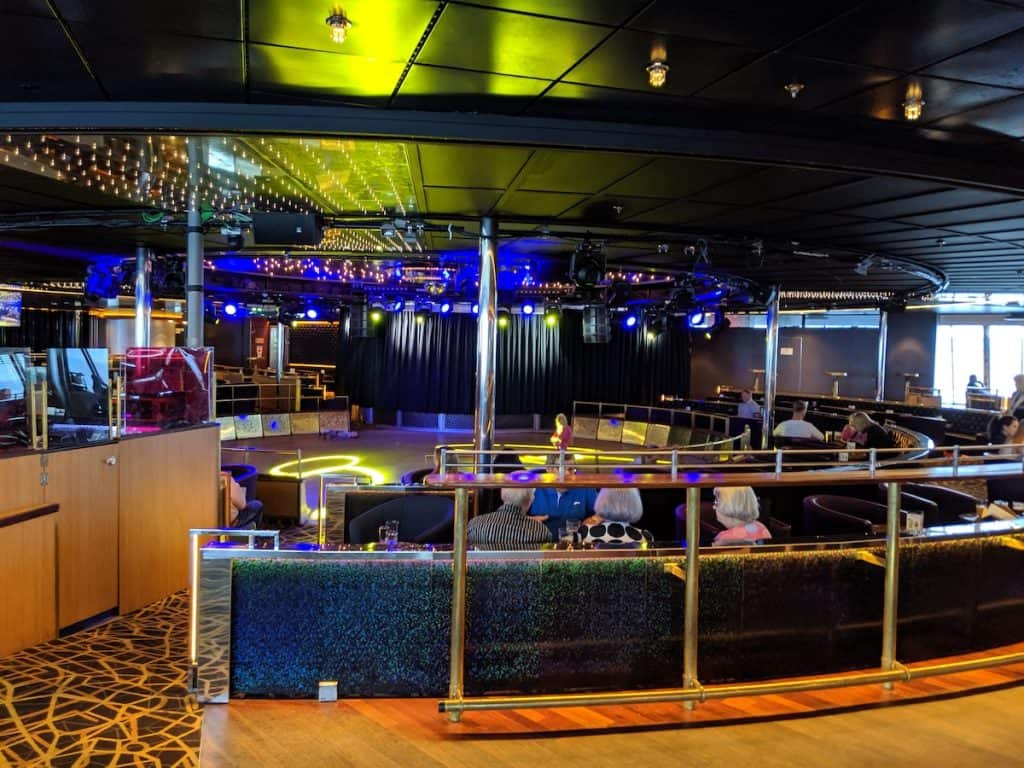 There was also a large space called the Teatteri Europa on deck 6 but I don’t think it was in use at the moment.

A bit of history about the ship: it was used in the rescue of the MS Estonia that sank in 1994, killing 852 on board.

The Europa arrives in Tallinn at the D Terminal.  It is a long walk to the Old Town but there is a bus stop out front. 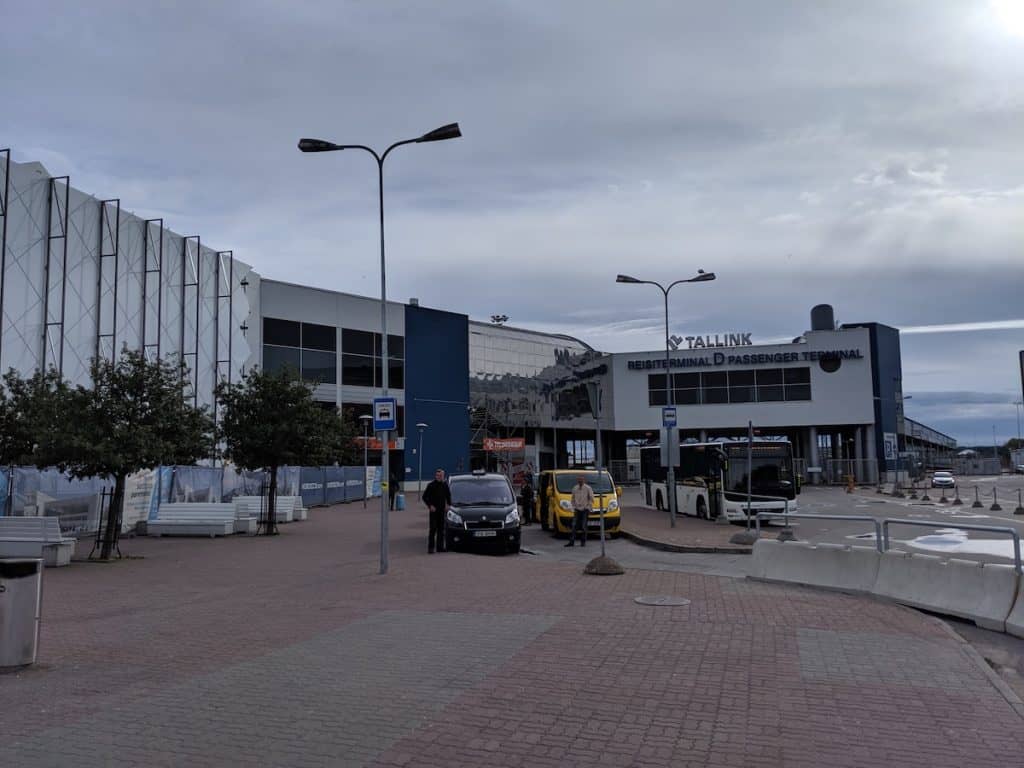 While the size of the Europa is comparable to the Symphony, the Europa seems more geared towards ferrying people from one port to another rather than a “resort” that Symphony advertises itself as.  A lot of people use the ferry as a party boat and place to purchase duty free.  My room was close to the elevators and I heard a lot of inebriated individuals throughout the night.

Still, for €59 I had transportation from one country to another and a place to sleep (not particularly well) for a night.  Not a bad deal.  Sadly, no Harry the Seal on this ship. 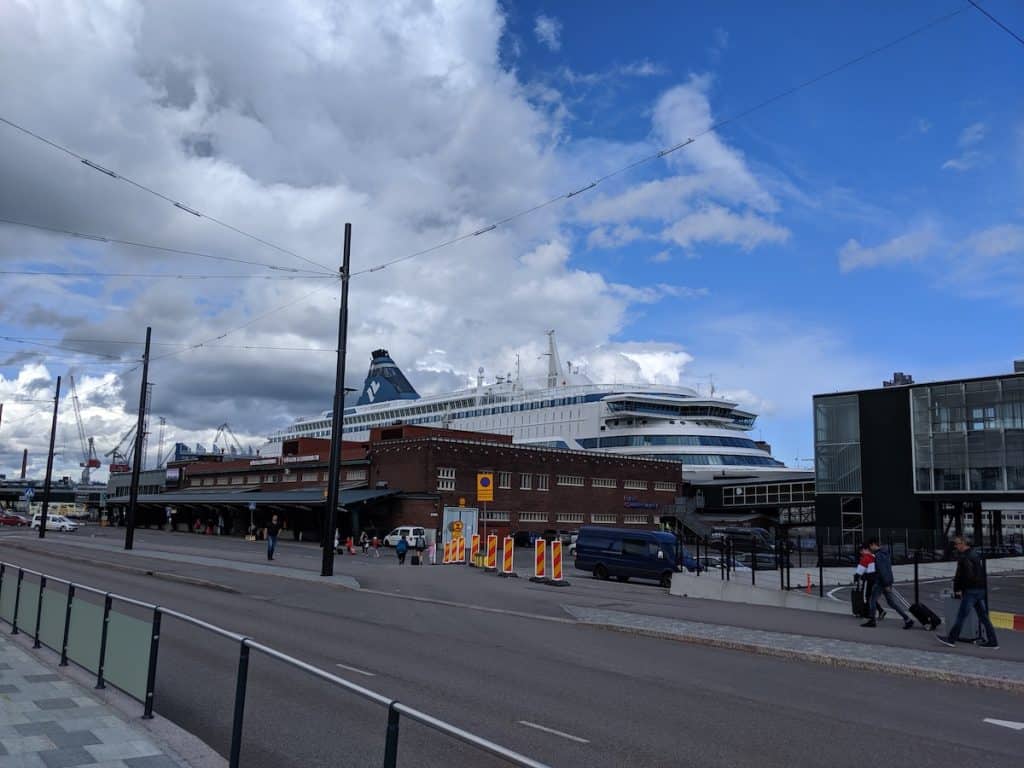 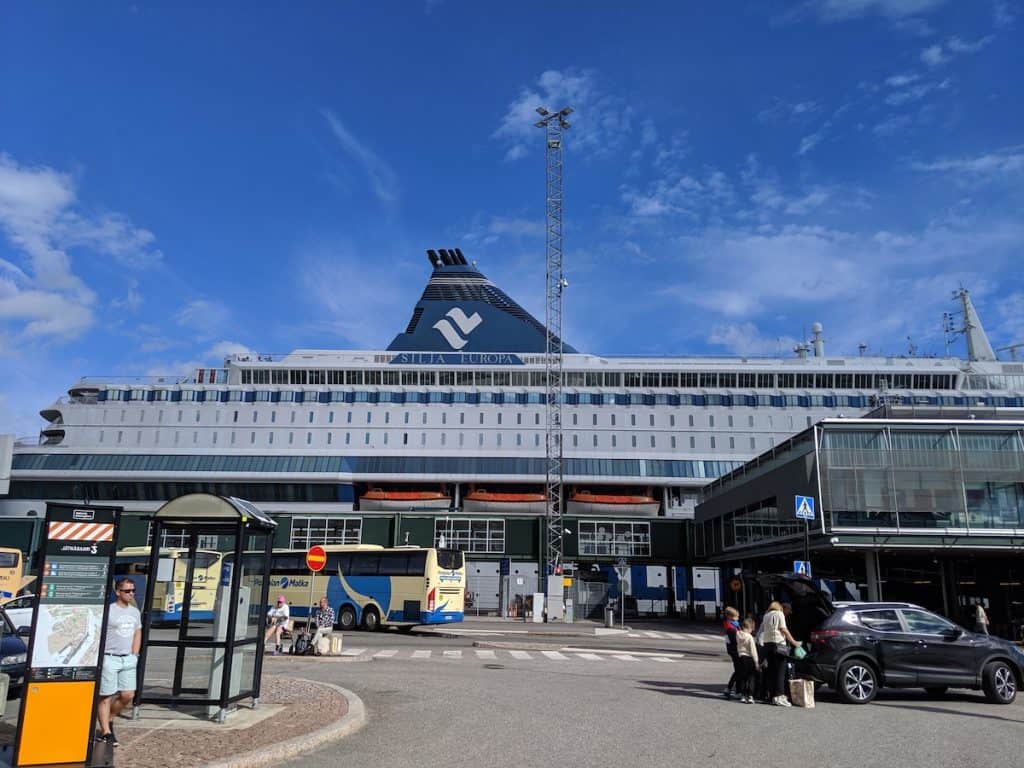 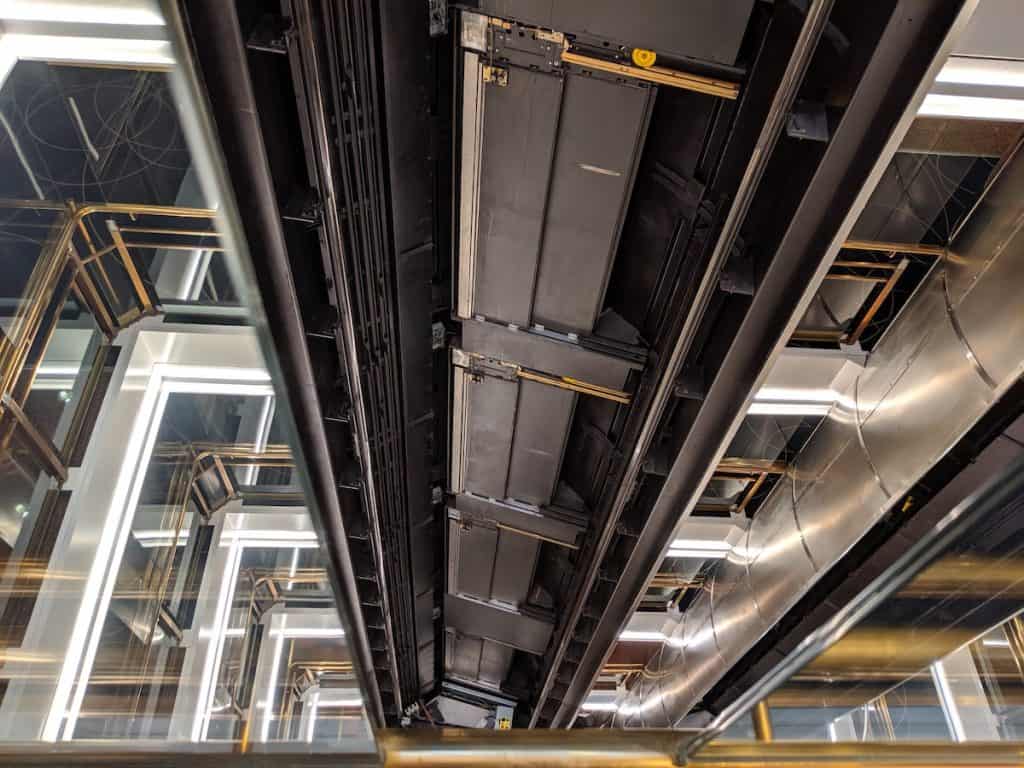 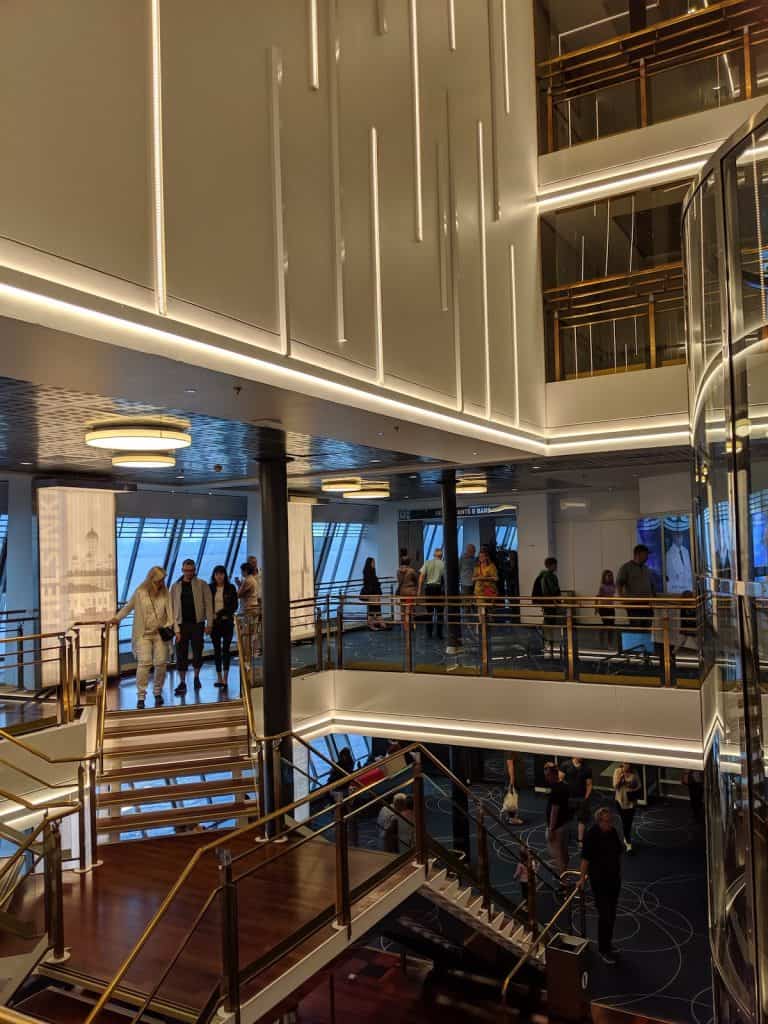