After flying Vancouver to Reykjavik on Icelandair, I was booked to continue on to Amsterdam.  However, with the grounding of the 737-MAX, I found out I would actually be continuing on a leased EuroAtlantic 767 but operated “in cooperation” with Icelandair. 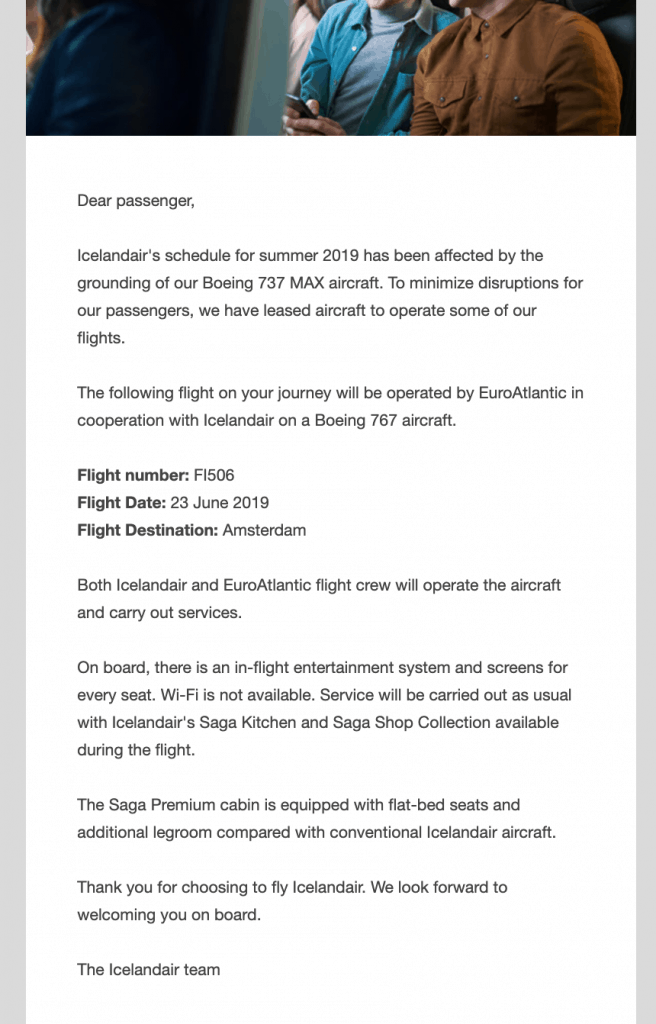 EuroAtlantic is a small Portuguese airline that mainly leases and offers chartered planes.  This flight was a bit of a Frankenstein’s monster mash up of the two airlines.

The boarding process was indistinguishable from Icelandair at KEF.  I was able to visit the Saga Lounge as a Saga Class passenger.

However, as the bus pulled up to the remote gate, the airplane was clearly not your standard Icelandair plane.  The plane had been repainted in all white for use with Icelandair.  I looked up the plane number (CS-TKS) and found out it was originally a Kenyan Airways plane delivered in 2001.  Definitely an aging aircraft. 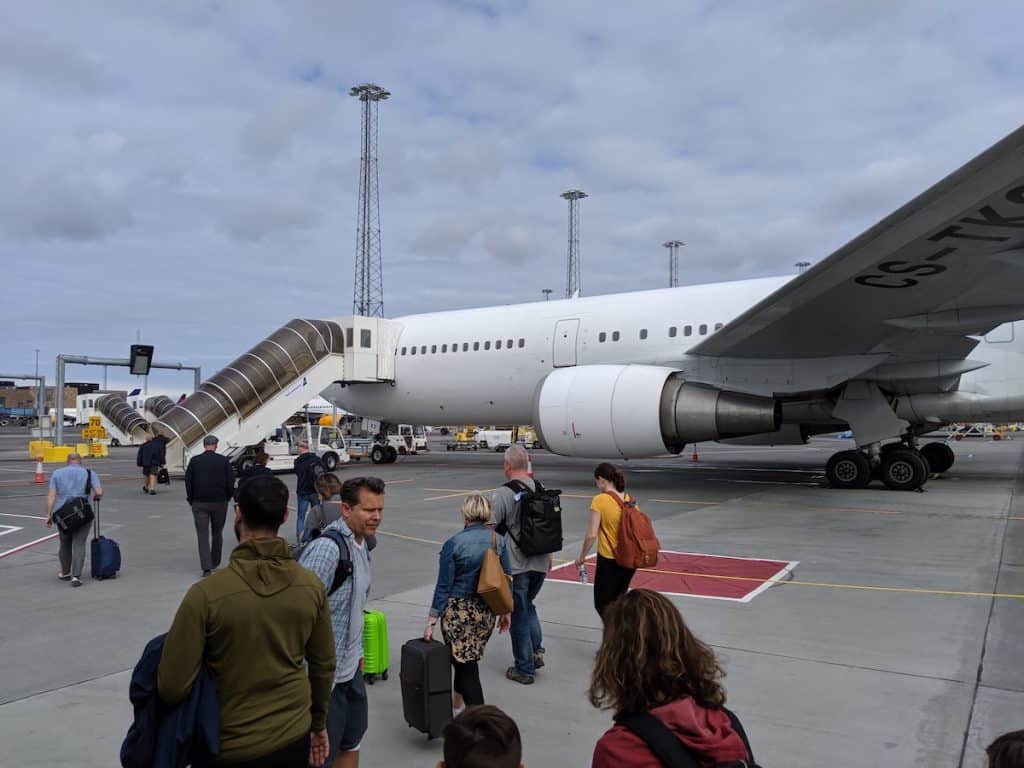 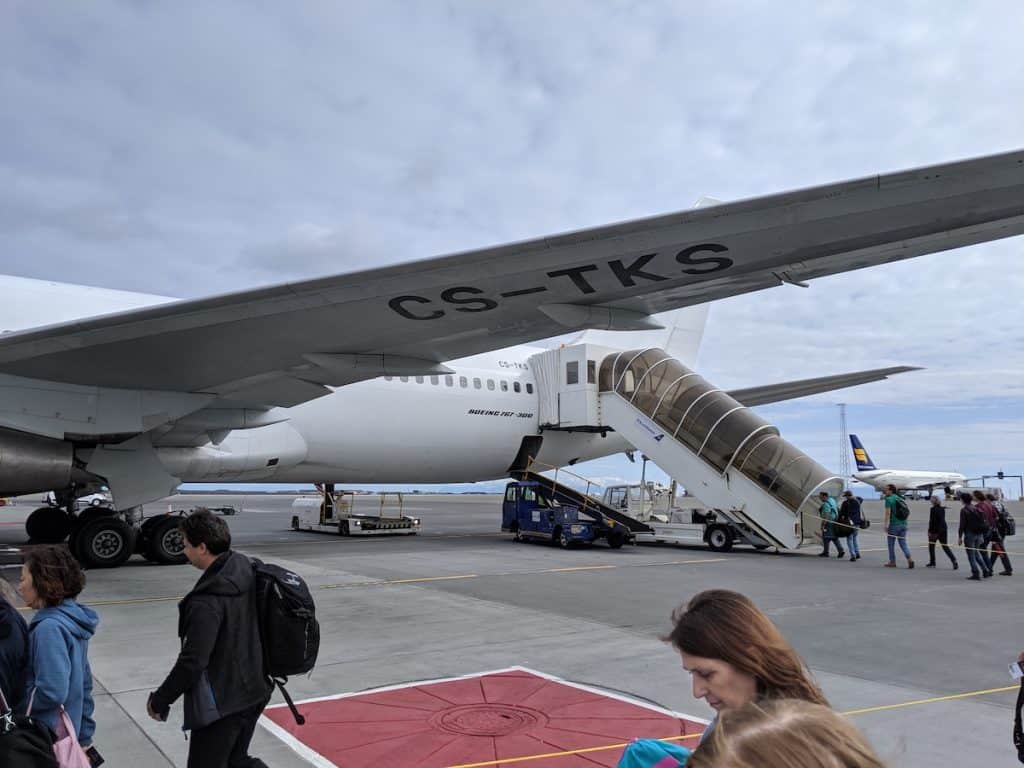 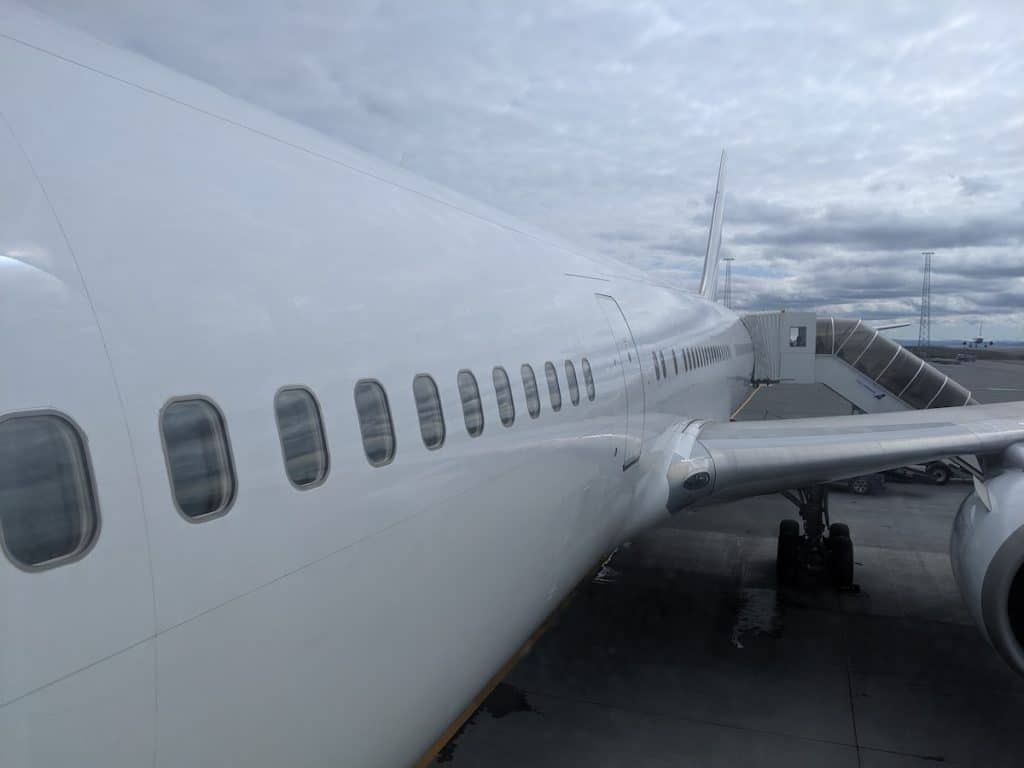 I boarded the plane from the front door.  The large Business Class cabin features a 1x2x1 layout.  I was in seat 2A which offers the most privacy of any of the seats as it is staggered away from the aisle. 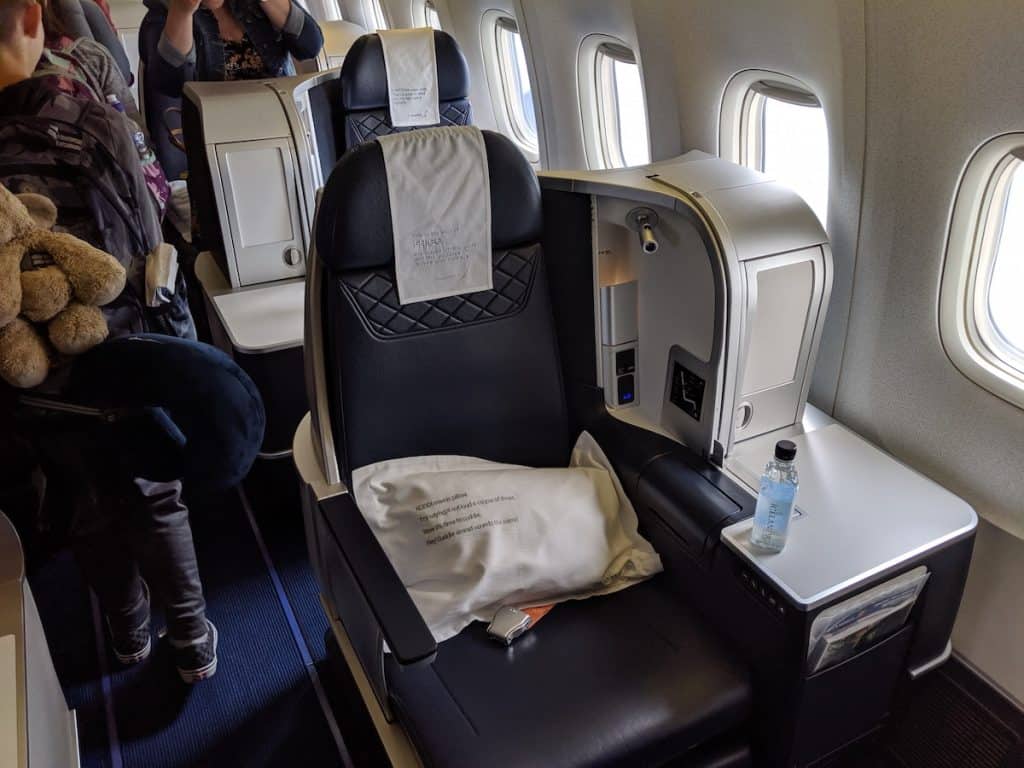 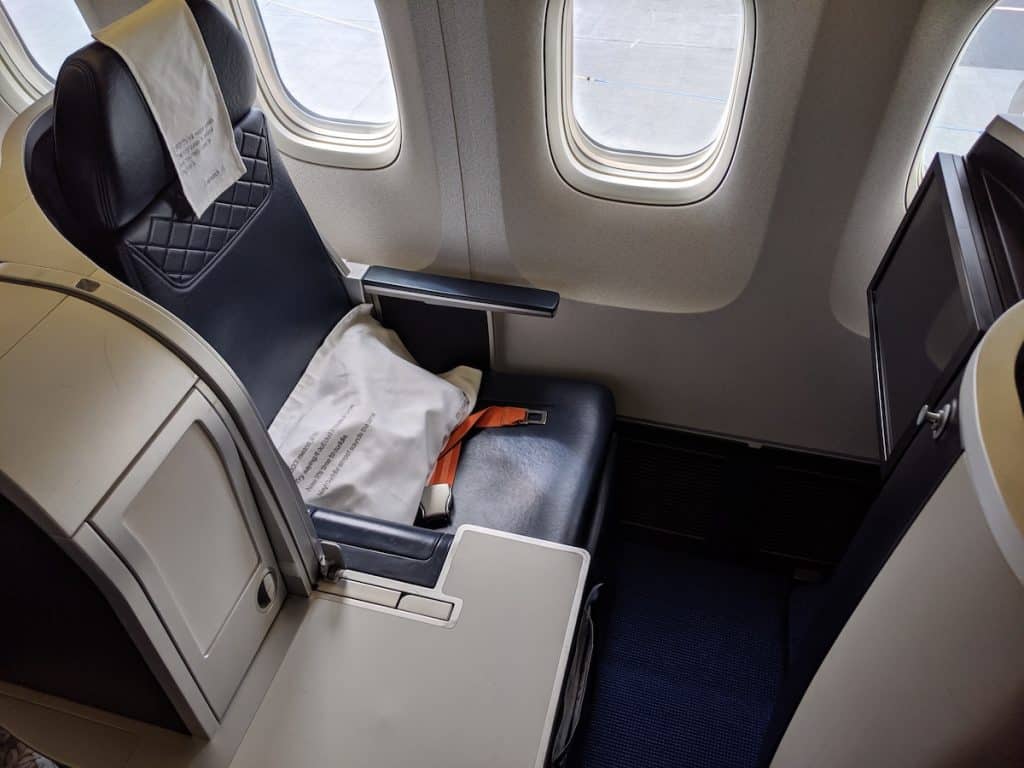 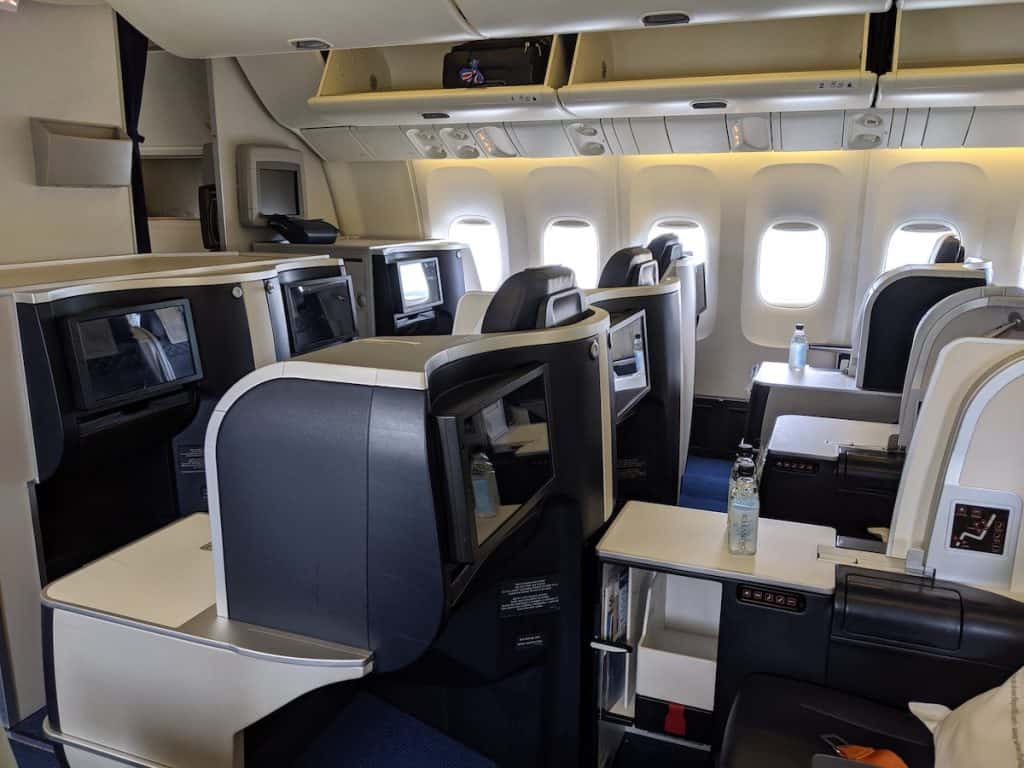 The cabin is generic; though the headrest covers and pillows are standard Icelandair branded.

The seats themselves are an upgrade from the normal Saga Class seats.  They can recline to a fully flat position for more comfortable sleeping. 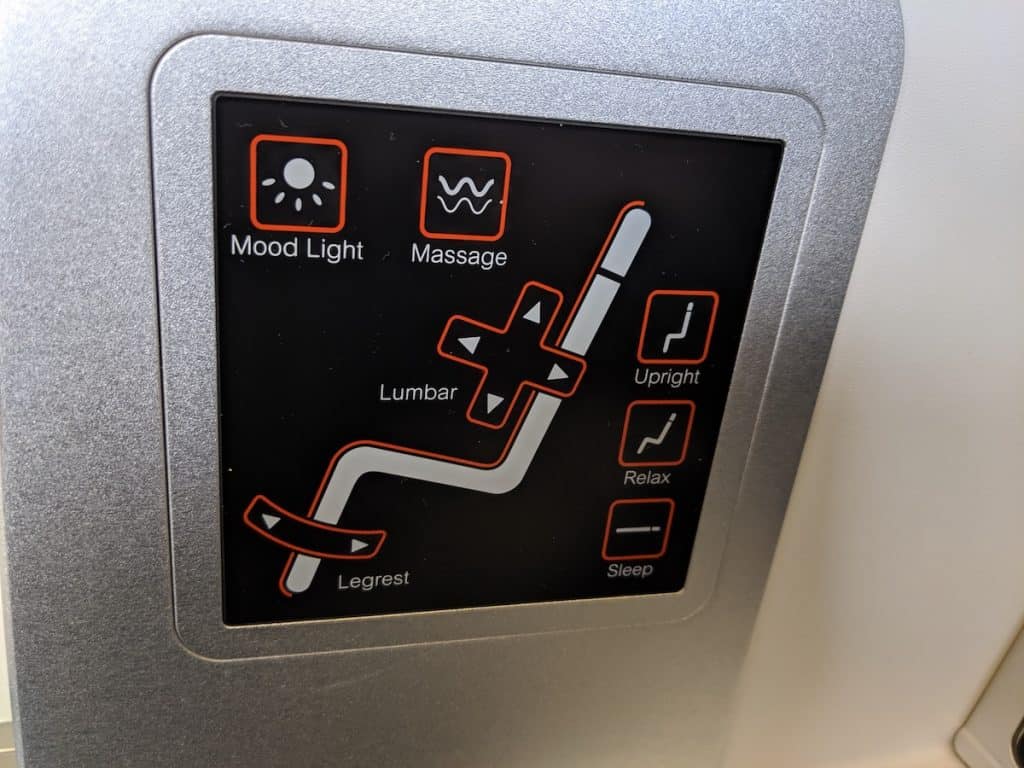 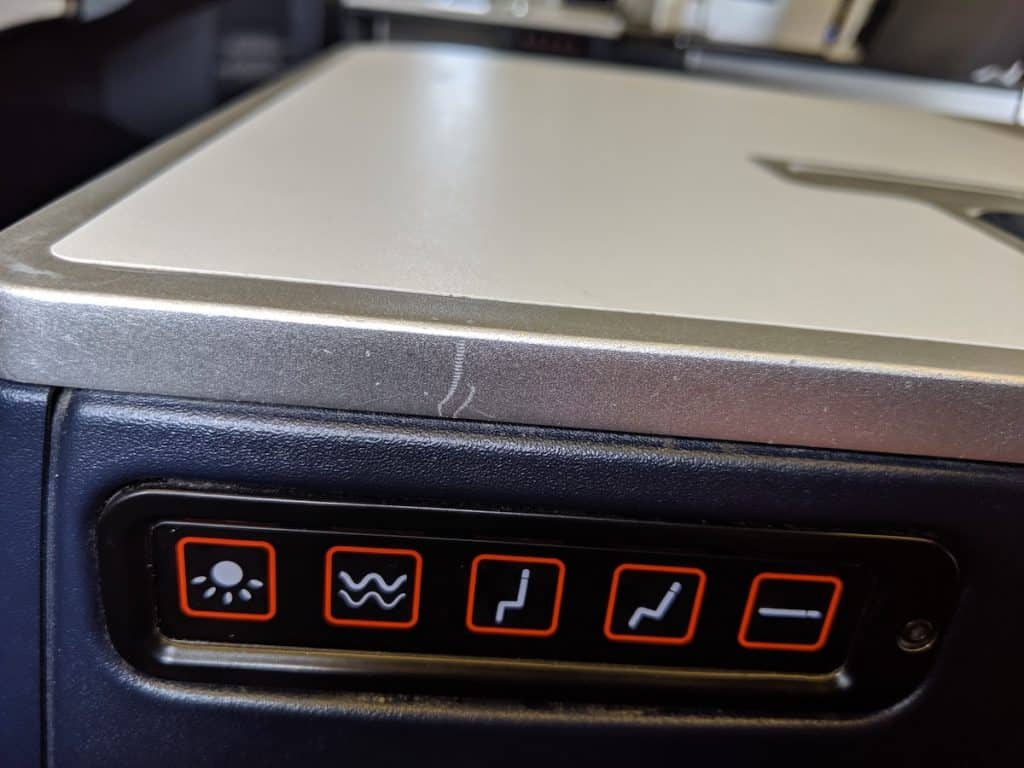 Still, the seats are clearly old and not well maintained.  While my seat did recline to a flat position, it got stuck multiple times along the way and required patience in the process.  The massage function, lumbar, and light were all non-functional.

While the in flight entertainment screen was plenty large, once I started one of the limited movie choices there was no way to stop it, return to home, or even change the volume.  I believe it was again a faulty device at my seat. 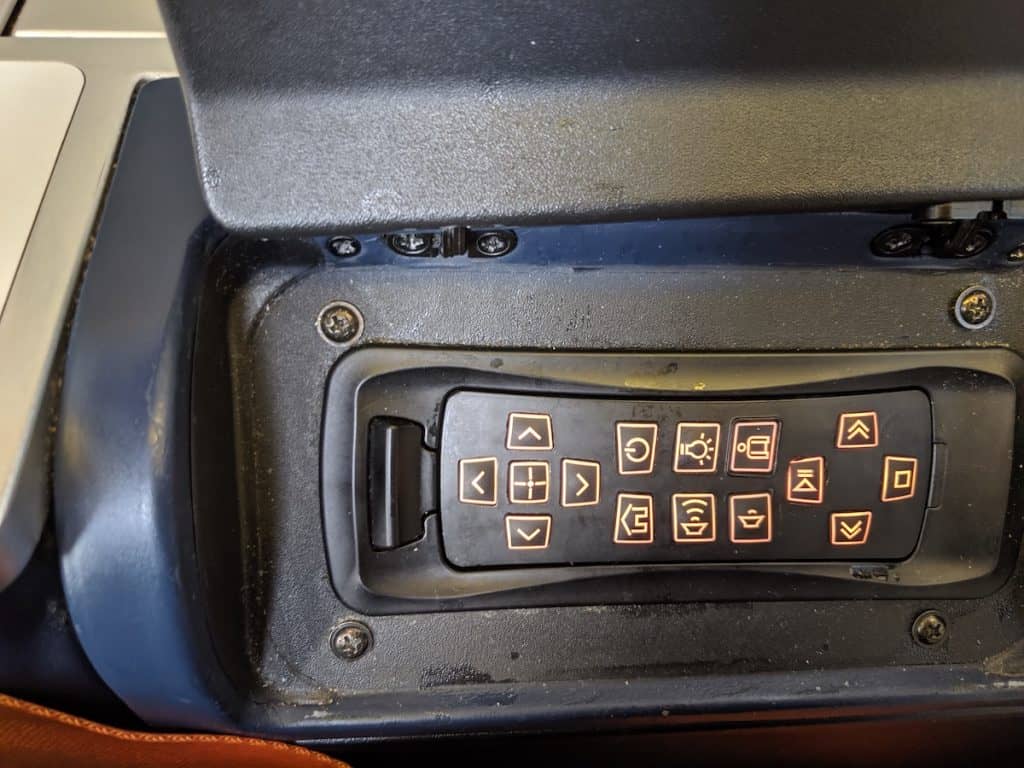 The seat could also have used a good cleaning — the photo of the remote above is enough to give me nightmares.

The food was catered by Icelandair and the same as you would get on any Icelandair flight.  I pre-ordered the Saga Chicken which was decent.  The mystery sauce on the chicken was a big congealed but otherwise the dish was tasty. 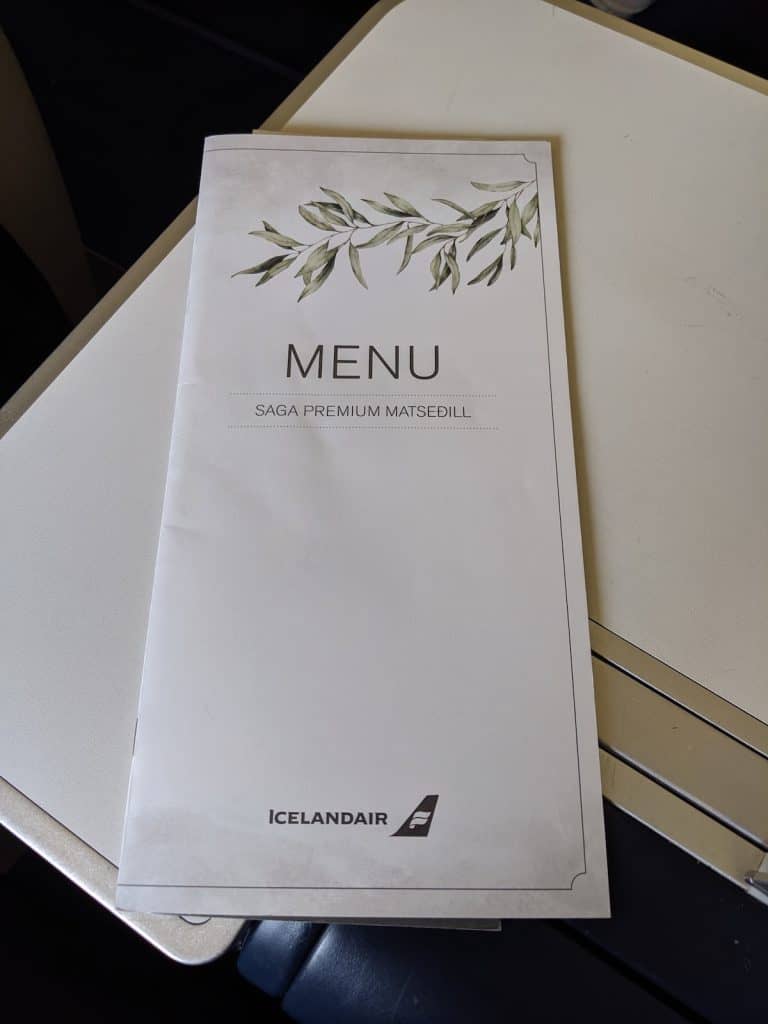 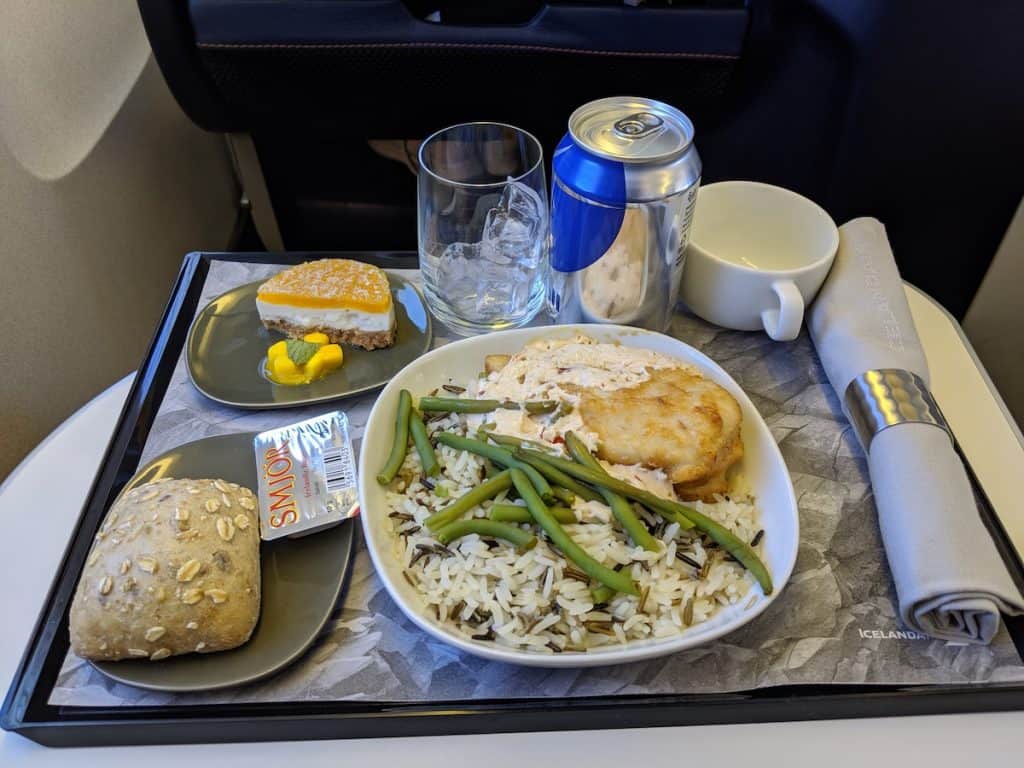 I found the Icelandair flight attendants to be friendly and warm as I have come to expect.  At one point I was trying to get some sleep and the flight attendant brought me a blanket without being asked.

While the aircraft is in need of a good cleaning and some interior maintenance work, I found the addition of a lie flat seat to be a bonus.  There is no wifi on the plane (Icleandair offers free wifi to Saga Class guests) which is a bummer.  Mostly I enjoyed the unique flight that few will get to experience.

Have you flown the Icelandair/EuroAtlantic “ghost plane”?  What did you think?