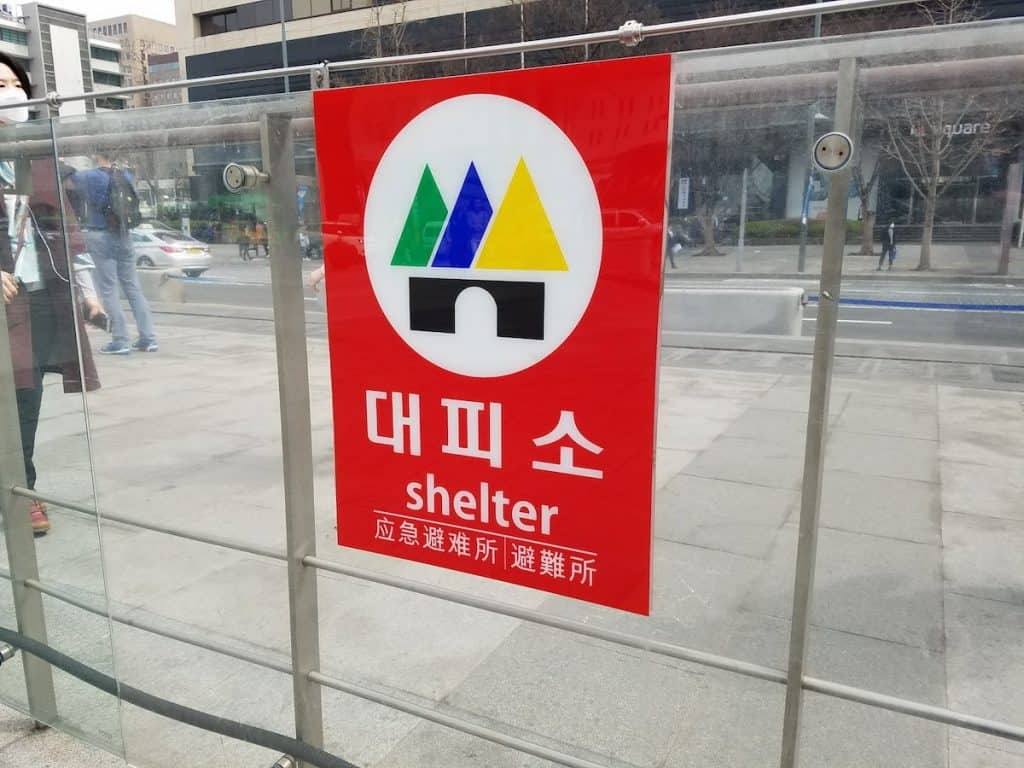 When I mentioned to people that I was going to be visiting Korea for a few days, the two comments I received was “I hope you aren’t going to the North” and “I hope that are going to be safe”.  I was only visiting Seoul (and not venturing to the North).  Still, Seoul is only 35 miles to the border of North Korea.  This is a fact that the citizens of Seoul seem to accept and mostly ignore.  There is very little to remind you that a dictatorship with a nuclear arsenal is as close as Palo Alto is to San Francisco.

The one place where I did see signs of the constant threat from the North was in the Seoul Metro.  The subway first opened in 1974.  It is a huge system now with over 20 lines in operation.  It is a great way to get around the city.  If you are visiting, make sure to pick up a T-Money card in order to easily pay for your trips.

The first thing I noticed about the Seoul Metro is that the stations are deep.  Not as deep as those in the North, but still quite deep.  Typically I found myself taking three long escalators down to the train platform.  My guess would be that part of the reason for the needed depth was relative recent construction (needing to go below other infrastructure) but also with the thought of using the stations as shelters should the city be shelled from the North.

I also noticed that on many of the stairs, there were little ramps built into the sides.  I understand that these are for passengers with bikes.  I also wonder if they might be installed in order to transport people in wheelchairs and strollers into the stations quickly if needed in an emergency situation. 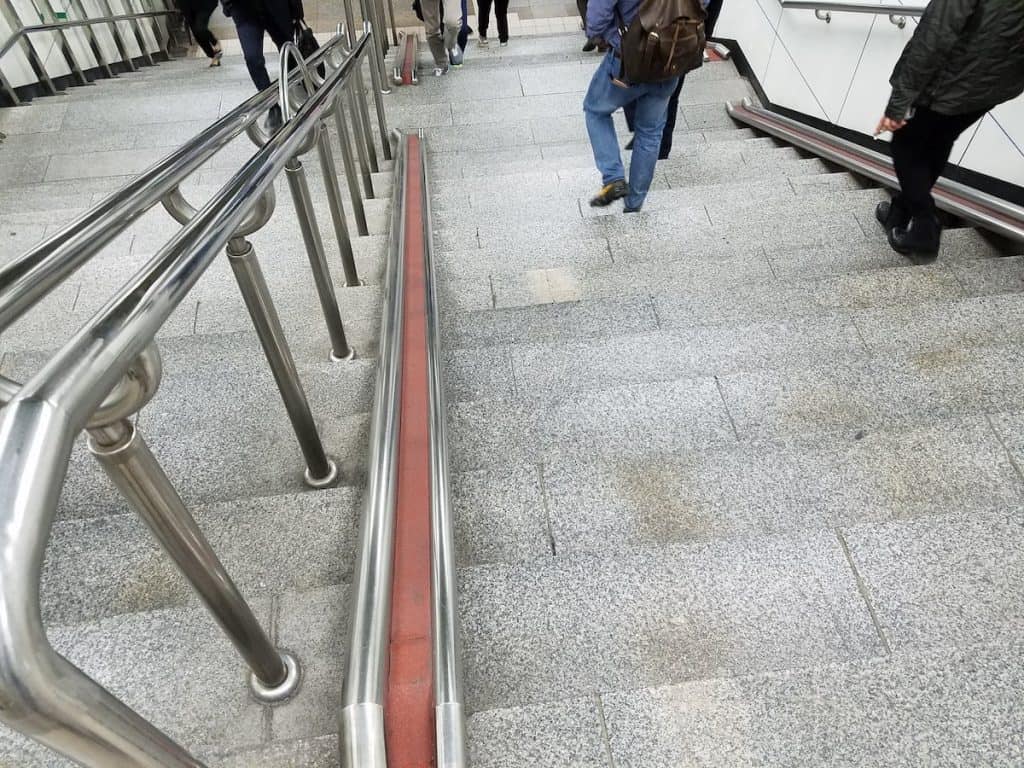 There are plenty of emergency supplies in each station as well.  Glass cabinets are all over that have smoke hoods, oxygen, and water. 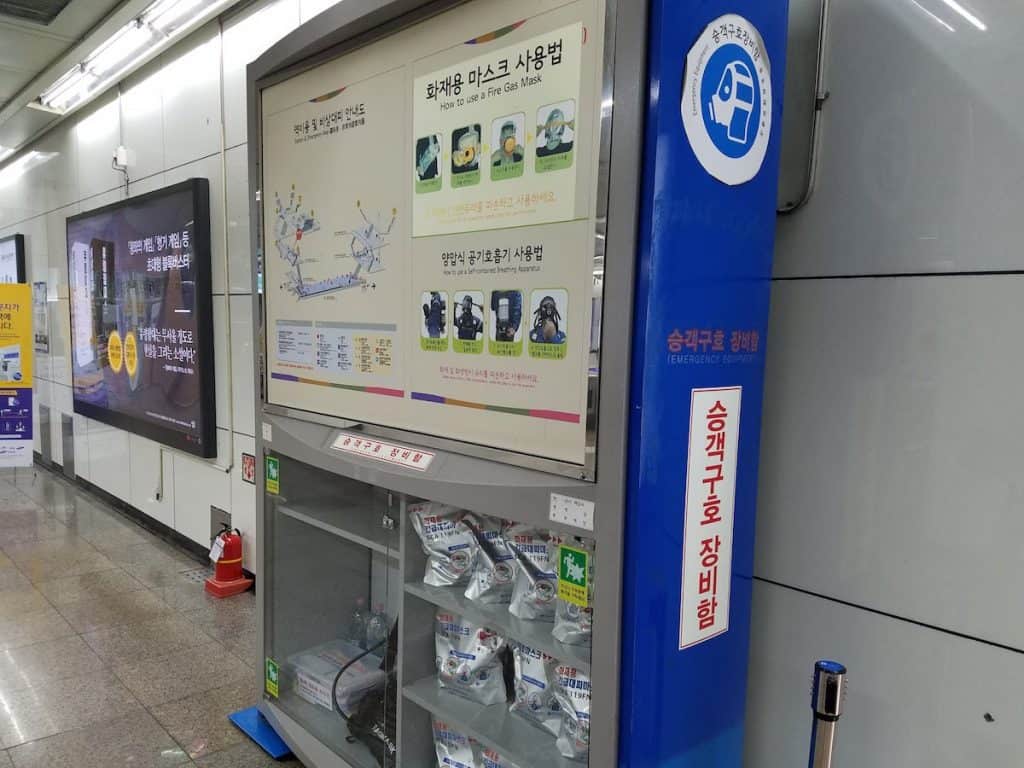 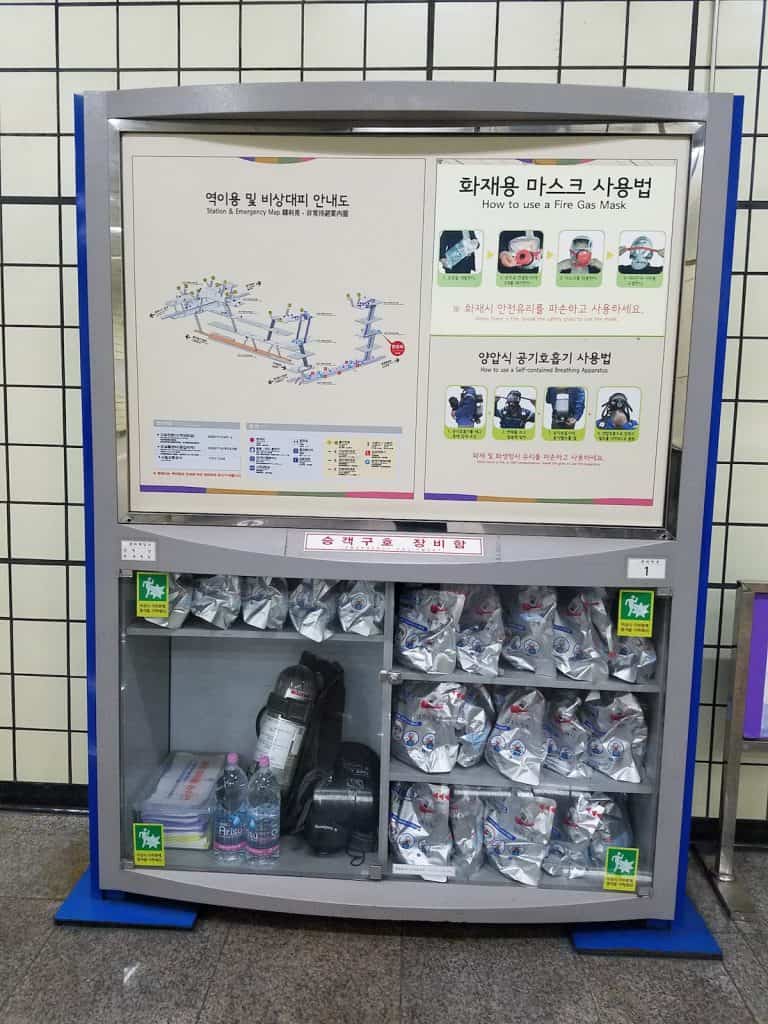 There are also flashlights installed on walls. 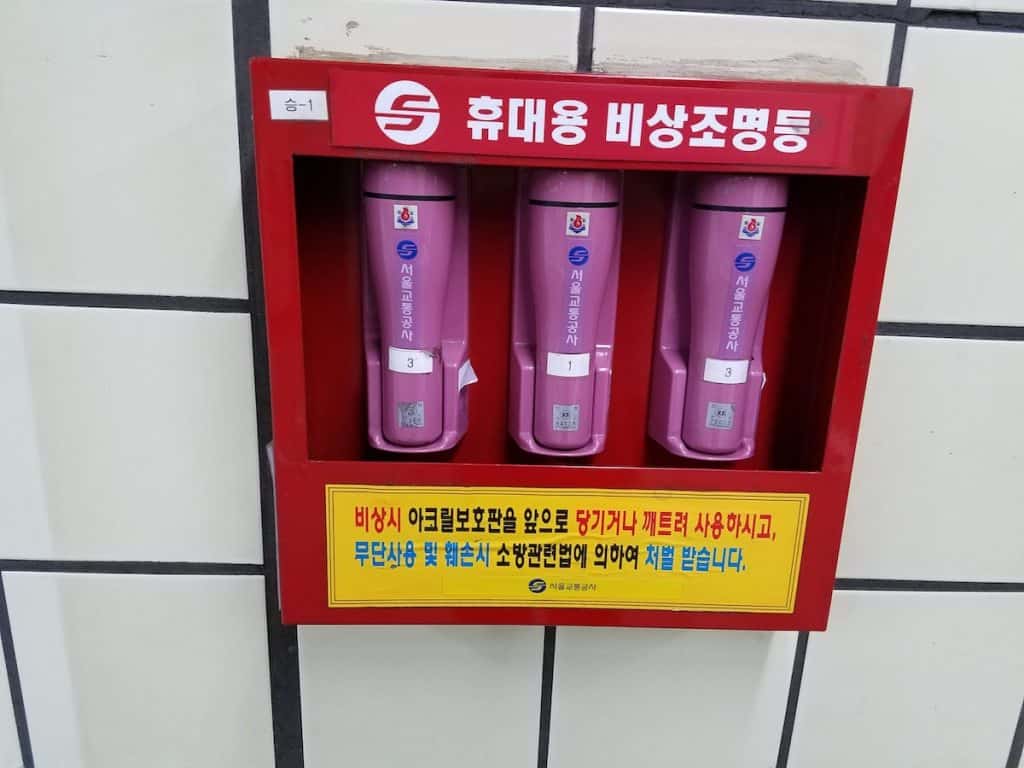 I don’t recall ever seeing something like this in another subway system.  At least not so visible.  Probably partially because they would be stolen/vandalized in many other cities.  This is probably good precaution in general but I am guessing it is at least partially in response to the threat of the North.

There are glass safety barriers at each station to prevent from people falling/jumping onto the tracks.  Besides videos at each station showing what to do in an emergency, there were signs explaining escape through the tunnels. 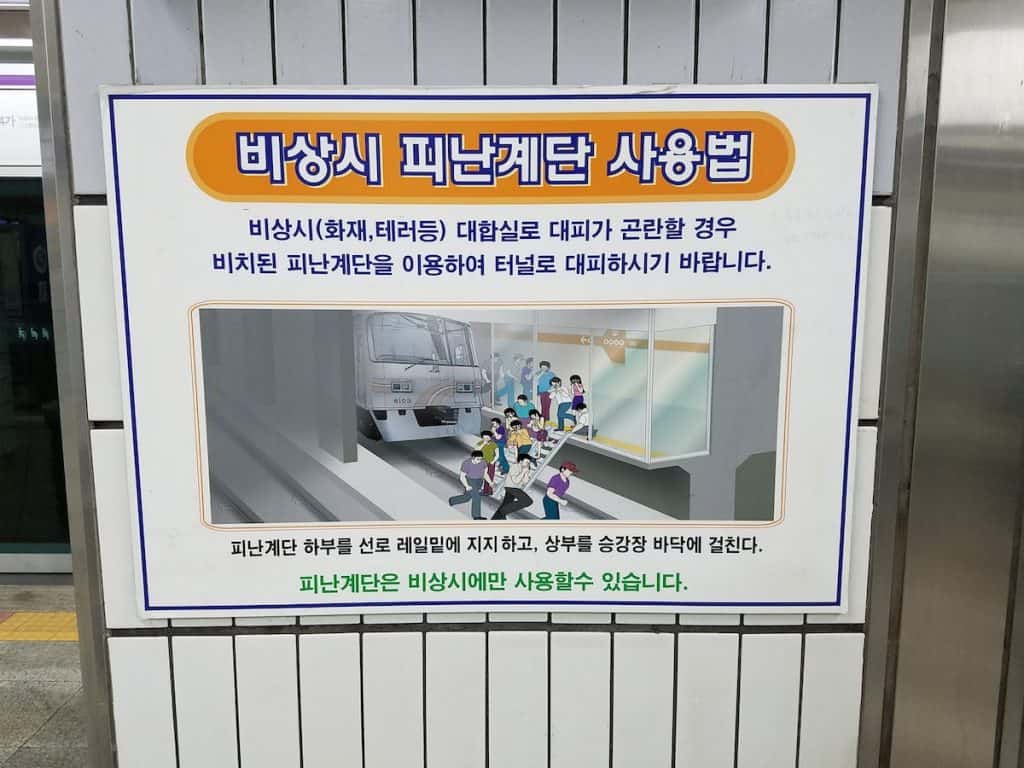 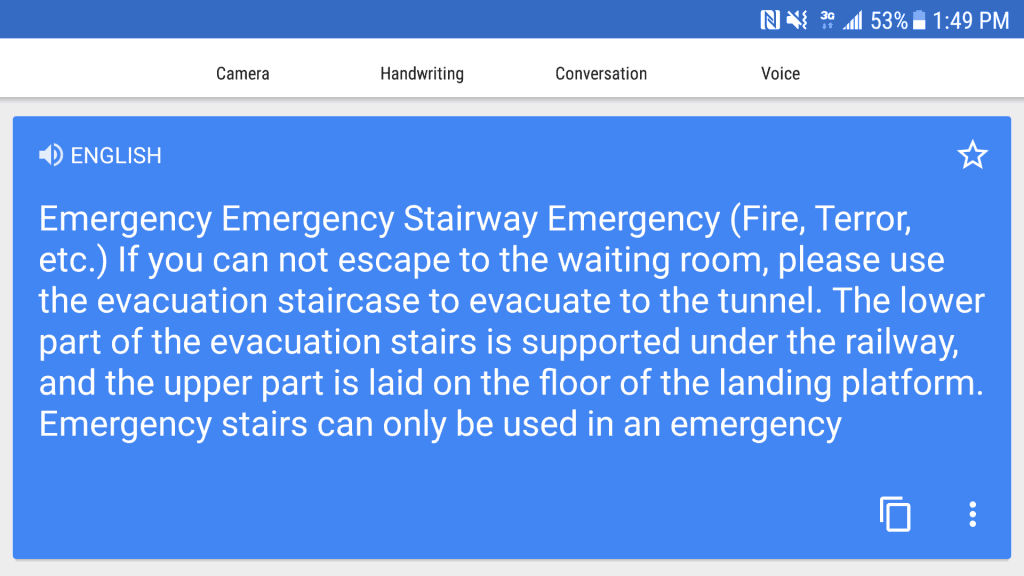 In contrast to Tokyo, where I was prior to visiting Seoul, it seems to me that Seoul has taken more preparations for emergencies than other cities.