Recently I flew SEA-LHR in British Airways’ World Traveller Plus.  A Premium Economy ticket does not grant you access to the Galleries Lounge at London Heathrow.  However, British recently began granting access to their Galleries Lounges as LHR to Alaska Airlines MVP Gold and MVP Gold 75K elite members.  While it is advertised on Alaska’s website, I could not find a mention of it on BA’s website.

To gain access to the lounges in LHR, all you need is a boarding pass for a British flight and your MVP Gold/75K card.  I brought my physical copy but the website says you can show your digital card (available in the Alaska app).  Both the Mileage Plan member and one guest receive access.

I have found that many airline lounge staff do not have correct information about who is granted access.  Specifically looking at you, American Airlines.  So I was a bit skeptical that I would be able to get access in London.

The first lounge staff I spoke with had heard for the Alaska/British partnership but wasn’t sure how to grant me access.  She spoke to the other agent and was able to figure it out.  I was impressed.

I visited the Gallaries Lounge in Terminal 5, B Satellite.  My flight was leaving from the C Satellite, but there is no lounge there.

As you come up from the train, the lounge is located on one floor up from the main terminal concourse. 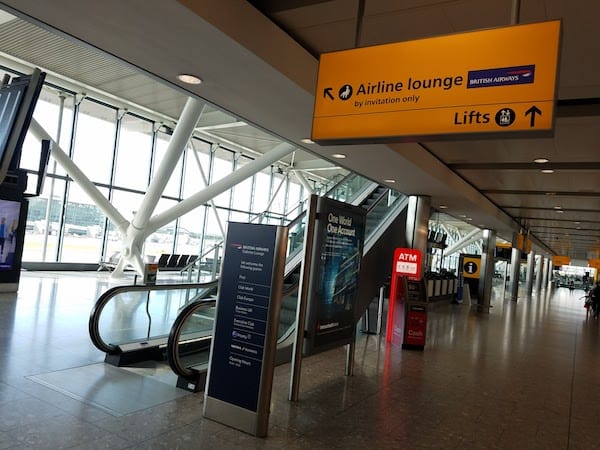 As you enter there are two sides to the lounge with a front desk on either side.  Behind each desk is a work space with computers and copiers. 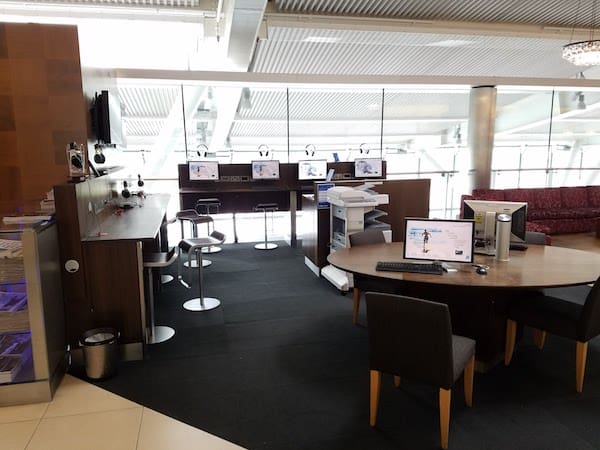 There is a small seating area beyond the office area. 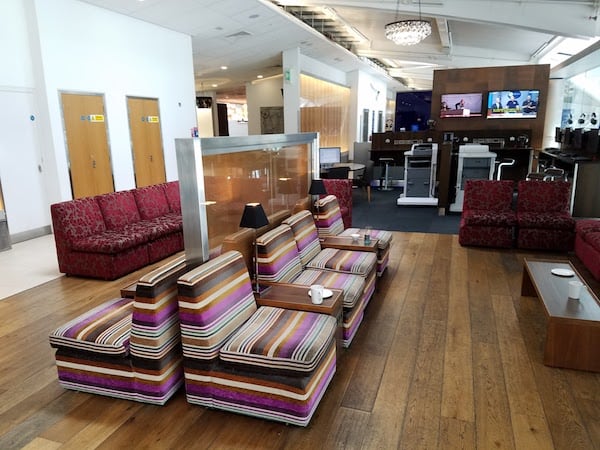 The main seating area is on the opposite side of the elevators from the check in area.  The space is divided by glass partitions and breaks the large area into smaller nooks. 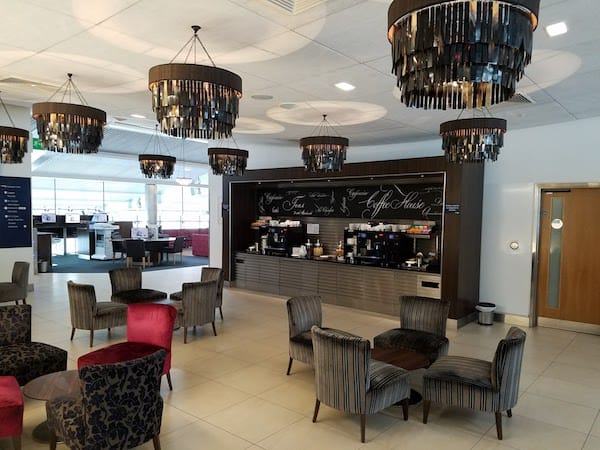 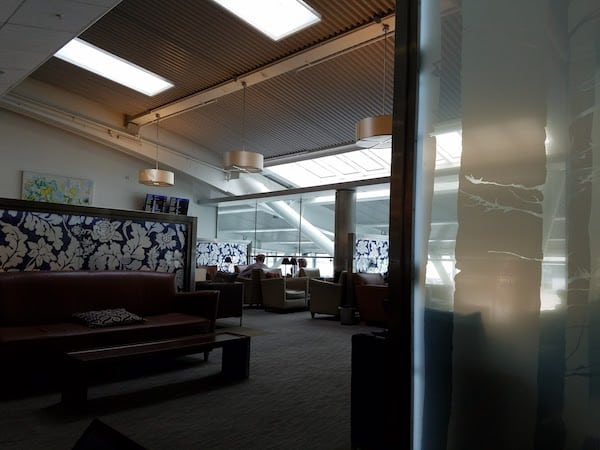 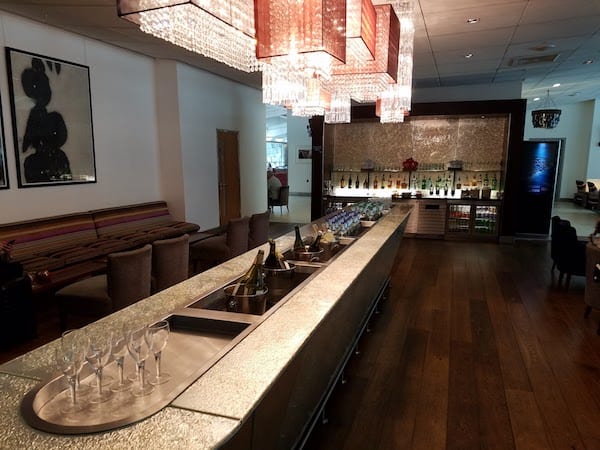 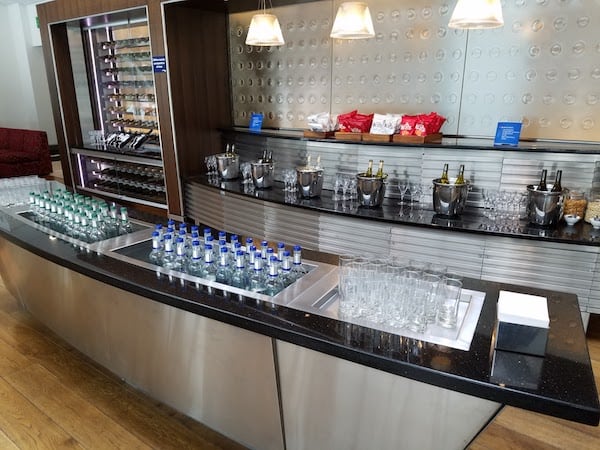 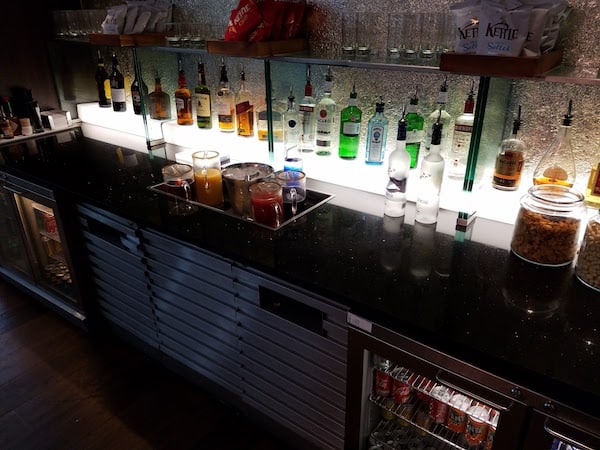 There is a food buffet that had tea sandwiches during my visit.  There is also a soup and dessert station. 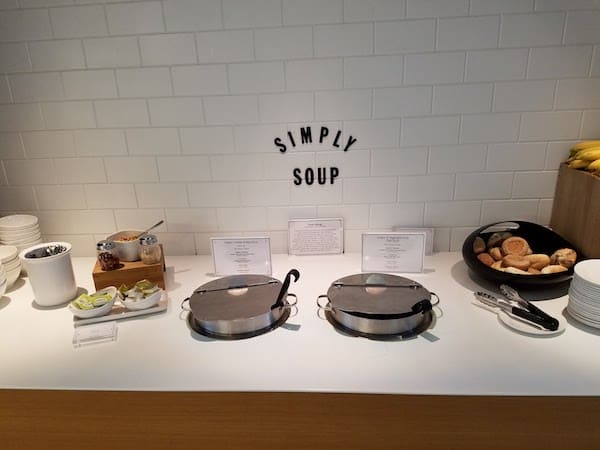 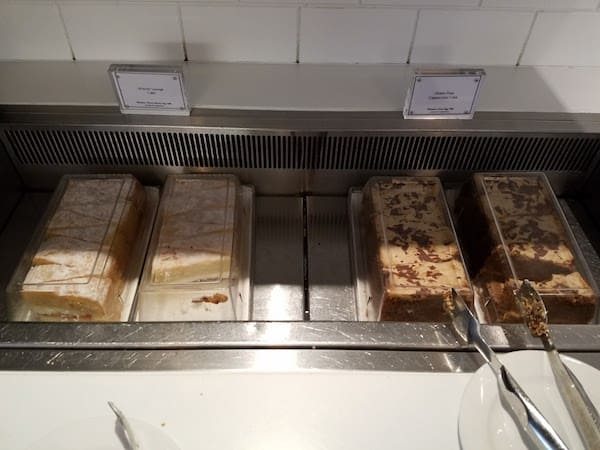 There is a spa area at one end of the lounge.  Services are free but during my visit the wait was a few hours and my flight left before I would be able to get in.  I did make use of the shower suite — no wait for it.  The showers looked a bit 1990’s futuristic combined with a cruise ship bathroom.  The shower had a rain shower head, hand held shower, and wall mounted jets.  Nice after a long flight. 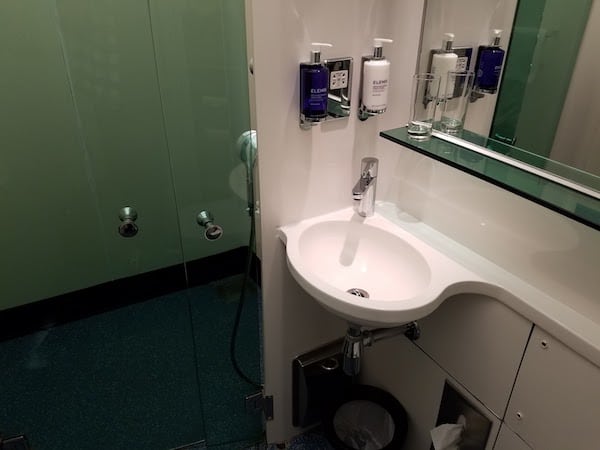 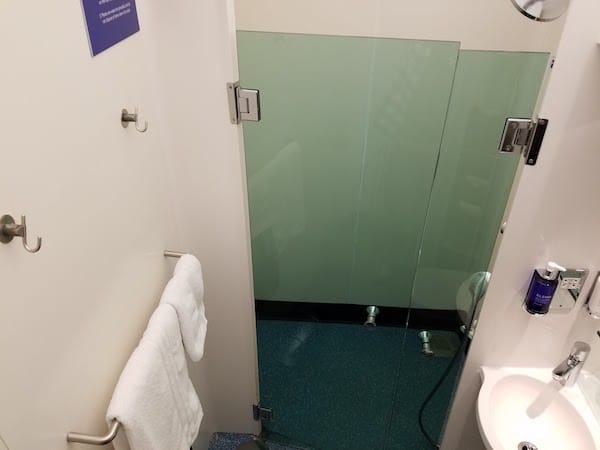 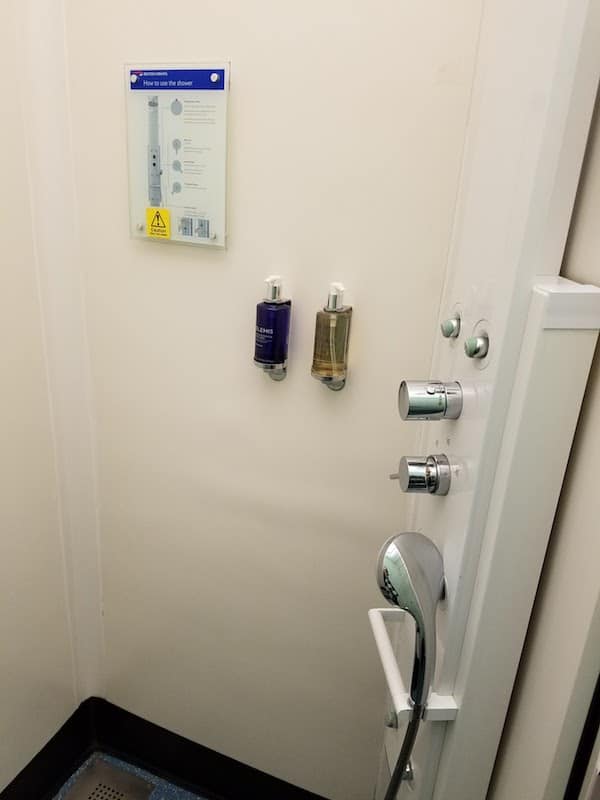 I don’t know how many people will be able to make use of the British lounge benefit as an MVP Gold.  But for those MVPs flying through LHR on British, the Galleries lounge are a nice way to kill a few hours.