I had never heard of Delta 360 status until yesterday.  I am not a frequent Delta flyer, so I am not too surprised.  Apparently it is a top tier, invitation only status unadvertised by Delta.  Not unlike United Global Services or American Concierge Key.

A friend on Facebook posted that he had just received a Delta 360 welcome package.  It included a bottle of Glenlivet 18 year old single malt Scotch and two Tiffany & Co whiskey glasses.  A valuable $180-200 gift, not too shabby. 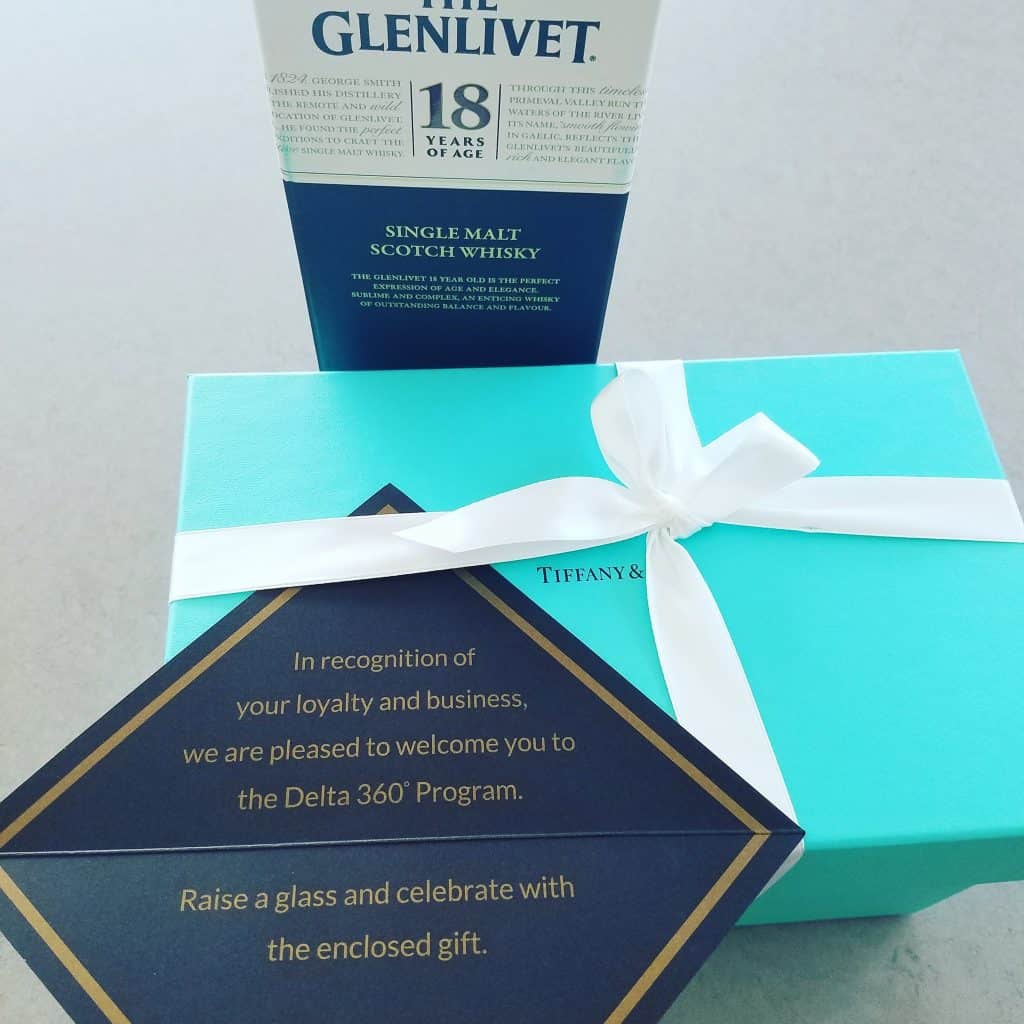 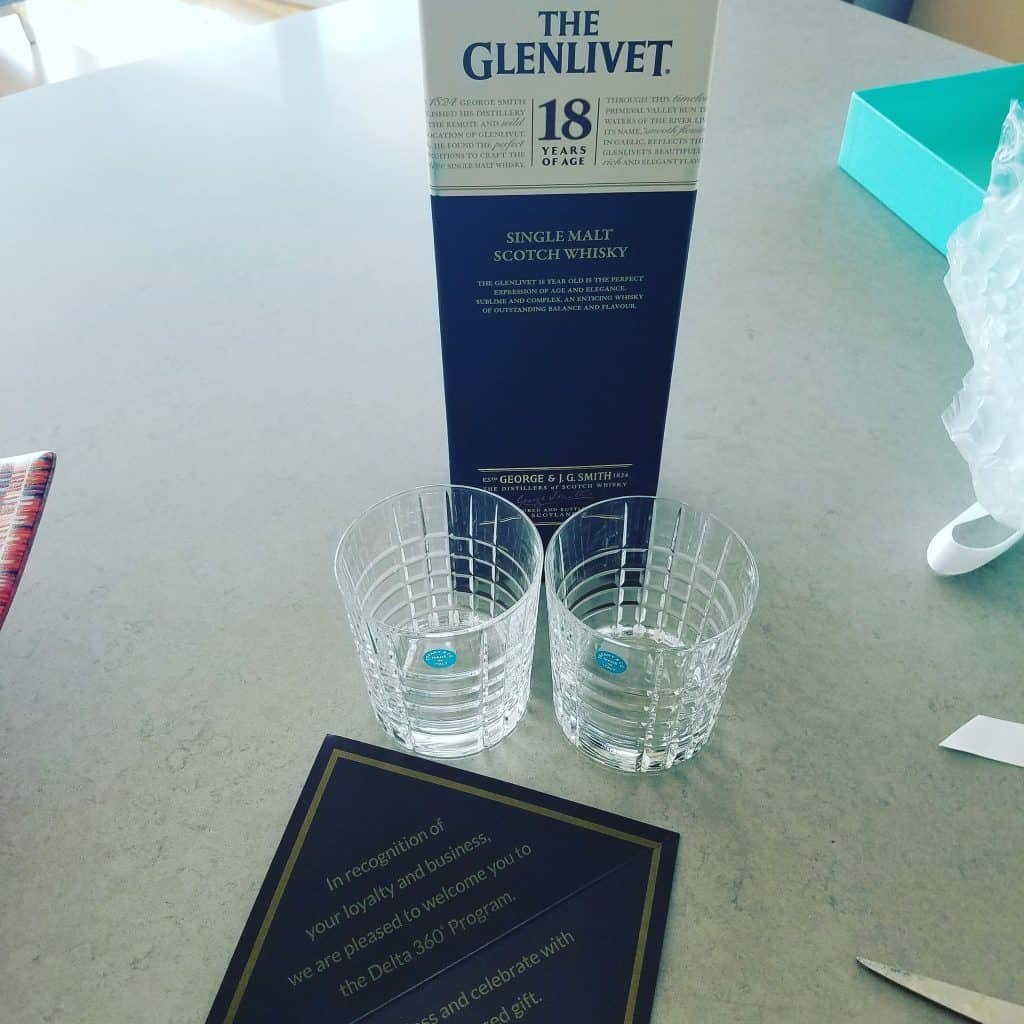 In speaking to my friend I found out he flies roundtrip transcon on Delta every week for business.  He estimated he flew Delta at least 150,000 miles last year

It isn’t clear what other perks come with the status, but rumors of Porsche airport transfers and dedicated customer service lines abound.