The W Lakeshore Chicago recently had a great sale on rooms starting at $67 per night.  I read reviews and it sounded like a decent hotel; not the best but not bad.  I decided I would book two weekends in February, one for my birthday and one for Presidents Day.  The rooms were a bit more than the $67 rate but still pretty good for a weekend in Chicago. 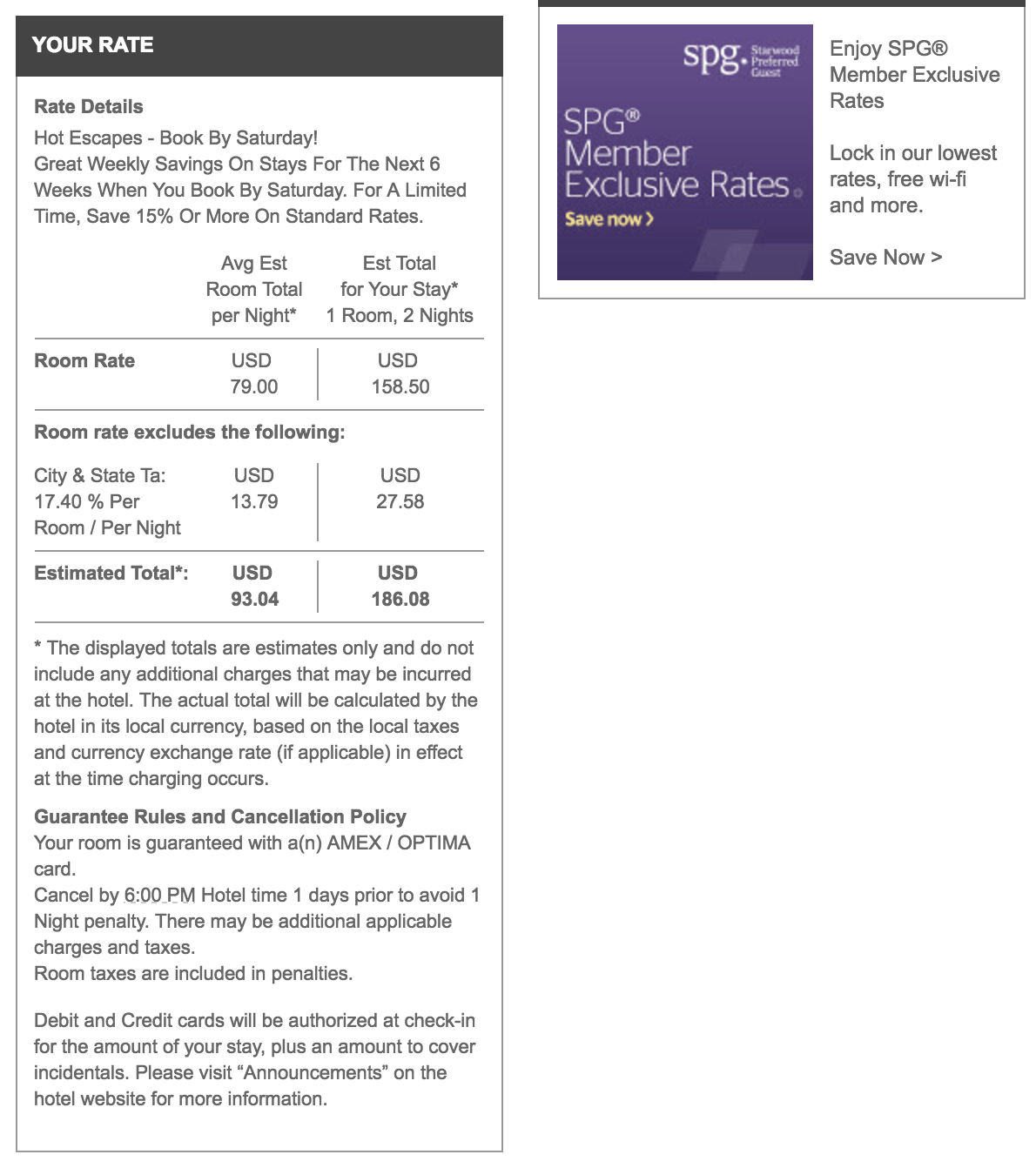 The second reservation was for three nights at $88/night for a total of $309.94 after taxes.

The full amount for both reservations was charged immediately to my SPG Amex card.  Seemed a bit strange, usually I am not charged the entire amount at booking, but didn’t think much of it.

I started looking for flights and they were all quite expensive.  The weekends away were not looking so inexpensive after all.

I decided to cancel my hotel reservations.  I did so online and received confirmation that they had been canceled.  It included a cancelation confirmation number. The email again showed the cancelation policy — fully refundable. 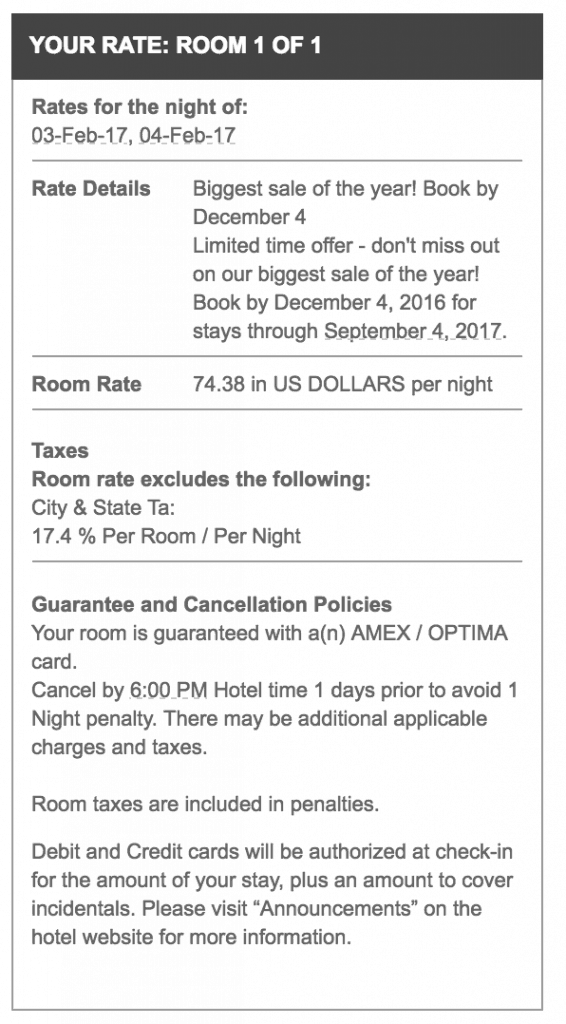 That was on December 2, 2016.  I checked my Amex statement and the charge was still there.  On 12/8/16, I contacted the hotel to find out what was going on; why I hadn’t received my refund.

I received a response from the Director of Operations.  It said:

Feel free to reach out to me if you need anything else.

I figured that it was taken care of.

I waited a while and the charge wasn’t taken off so I filed a credit card dispute with Amex.

Well, this week I got a response from Amex saying that my dispute had been denied.  The W Lakeshore had provided a “bill” showing that I had a non-refundable reservation.  Here is one of the two documents the W sent to Amex as proof — the quality is as I received it (however I cut out a few of the personal info bits).  The second one is almost identical but for the other reservation. 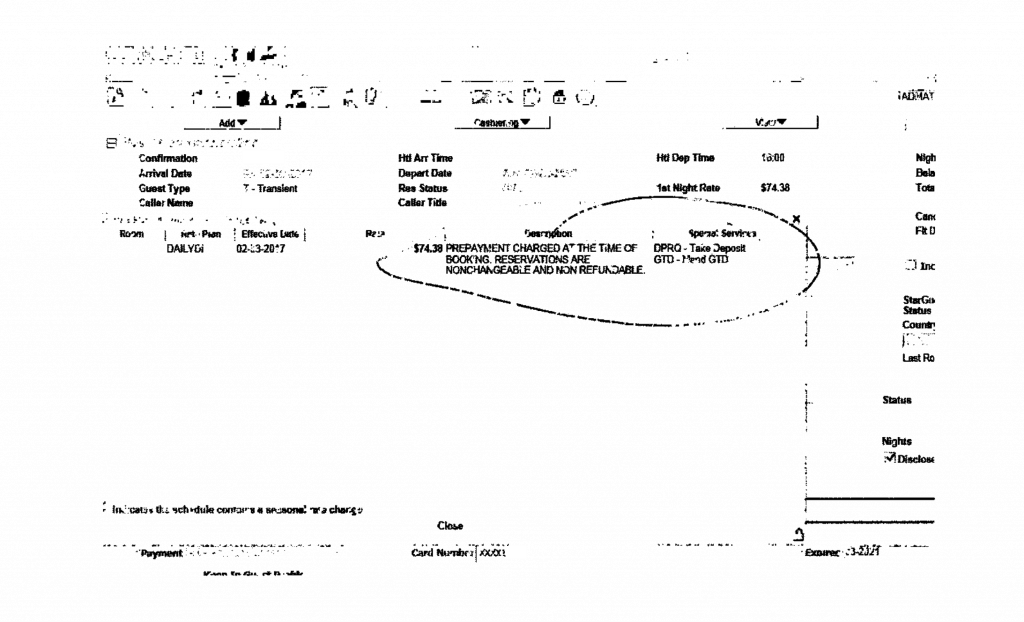 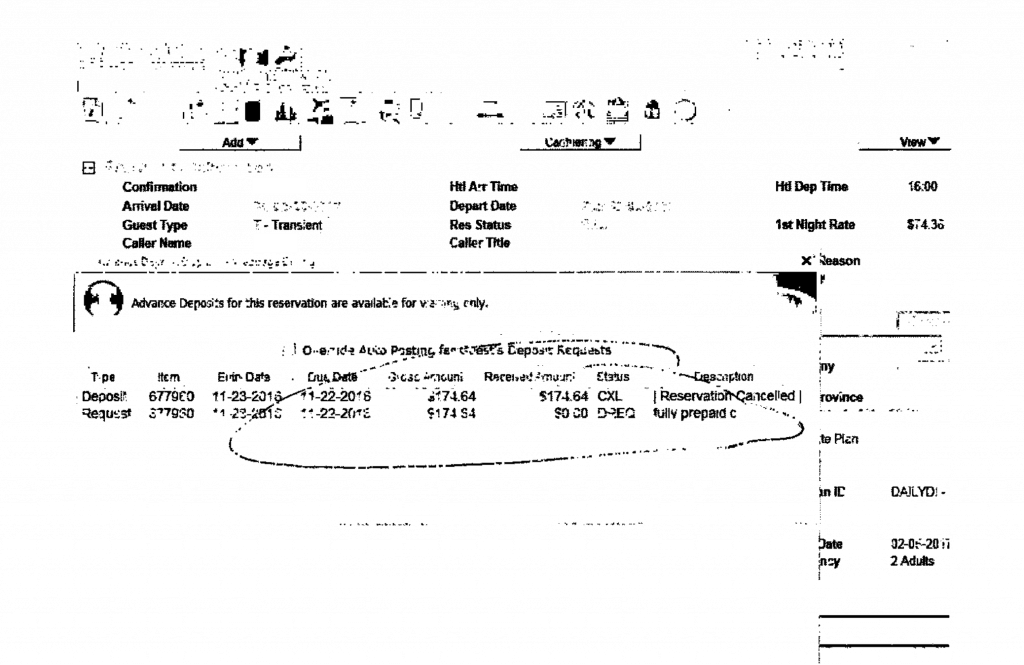 I’m not even sure what these are that the W sent to Amex but apparently it was enough to convince Amex to deny my claim. Where would this document have come from?  Why would the W go to all this work to “prove” that the money was non-refundable after I received confirmation that it was?

Today I called the hotel and they said they are looking into it.  In the mean time, my credit card bill is due and I’m on the hook for $484.58 until the W gets their act together and refunds me my money.

What do you think?  What other steps can I take if the W decides not to refund me my money?  Has this happened to you?

UPDATE: Today the refund came through!  It is a miracle.  Now if I could only get the hours of my life back it took to fix this.  I won’t be staying at an SPG property any time soon I can promise you that.

UPDATE 2: SPG deposited 3,000 points into my account after I asked via Twitter if they would offer any sort of consolation for my trouble.