After my 24 hours in Auckland, I arrived at AKL with plenty of time to spare.  There are a few lounges at the Auckland International Terminal located past security (map).  Lounges include Emirates, Air New Zealand, Qantas and the Emperor Lounge (the one lounge accessible with Priority Pass).  As a oneworld Sapphire elite I had the option to visit the Qantas Business Lounge Auckland since I was flying home on American. 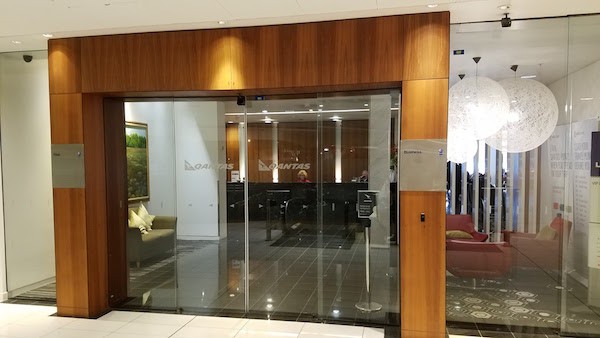 The Qantas Business Lounge Auckland is located on the second floor; up an escalator and next to the Emirates lounge.  As you enter to the left of the check in desk is a door to the Qantas First Lounge.  The Business Lounge is to the right.

When I arrived around 10:30am the Qantas Business Lounge Auckland was nearly empty.  However, it filled up quickly and by the time I left nearly all seats were taken. 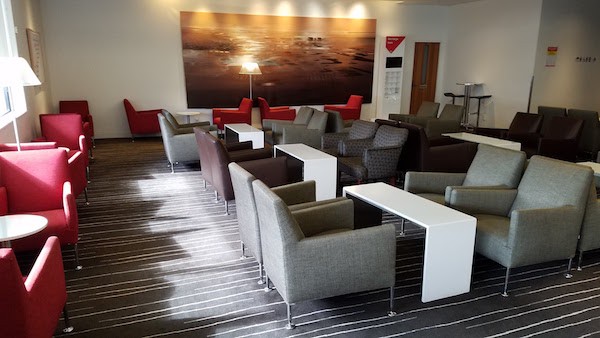 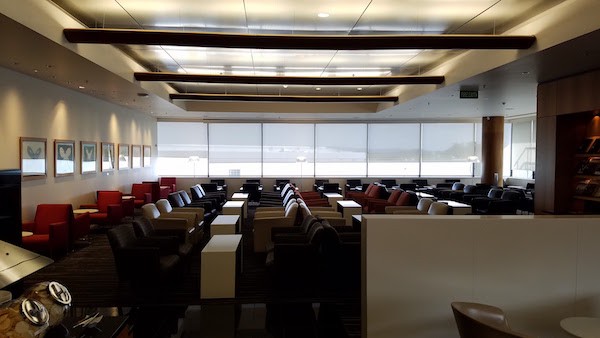 The views were of a roof top.  No plane spotting from this lounge.

The food options were decent.  There was one hot option in addition to a soup.  Lots of cold finger foods. 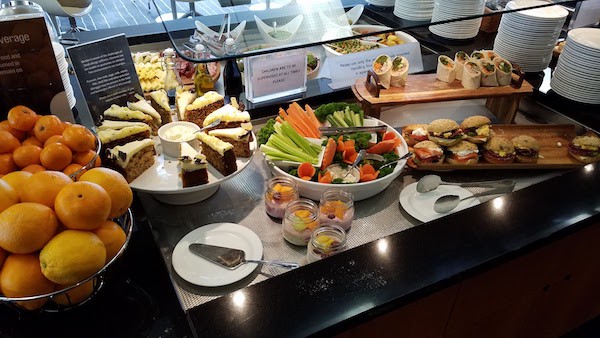 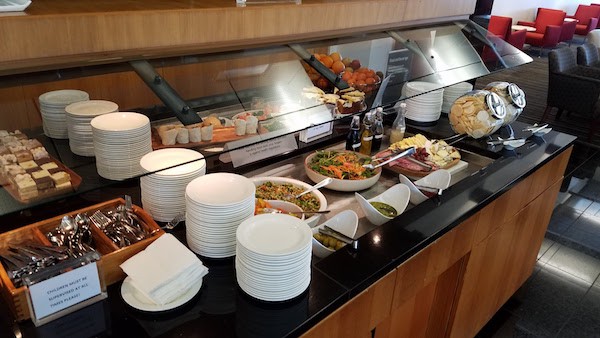 The had a freezer full of ice cream, however the flavor options were rather odd.  One was nectarine and I think the other was honeysuckle or something. 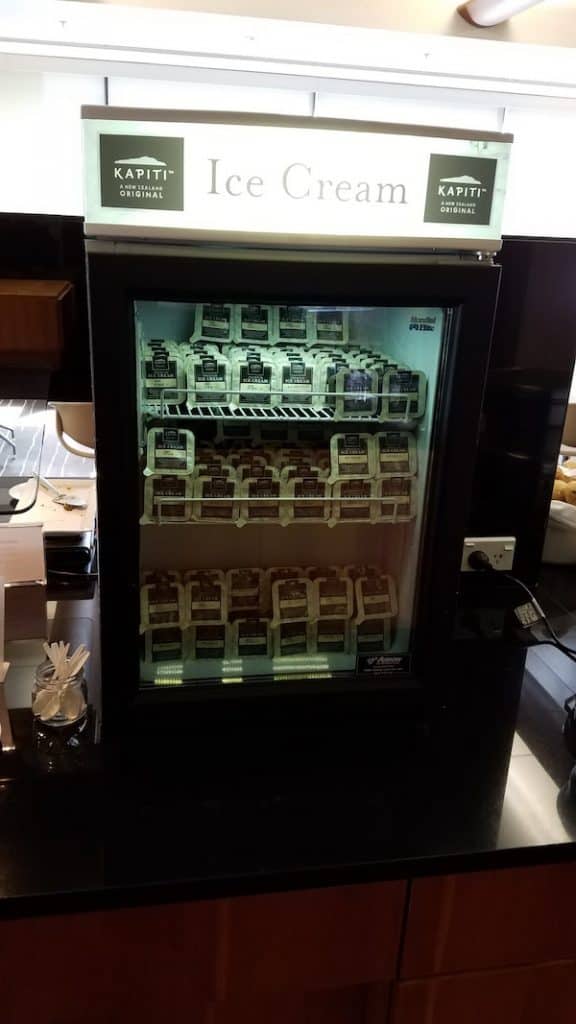 The bar and coffee was self service.  I enjoyed a pear cider but there were various beers, wines and liquor. 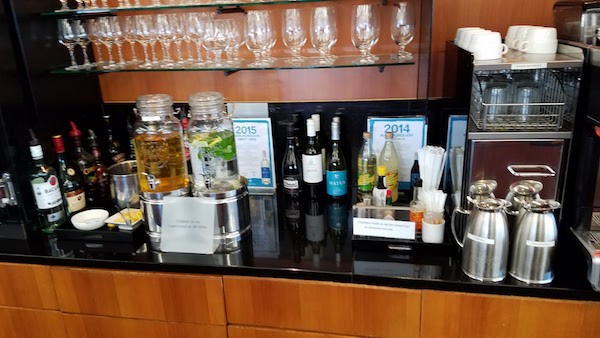 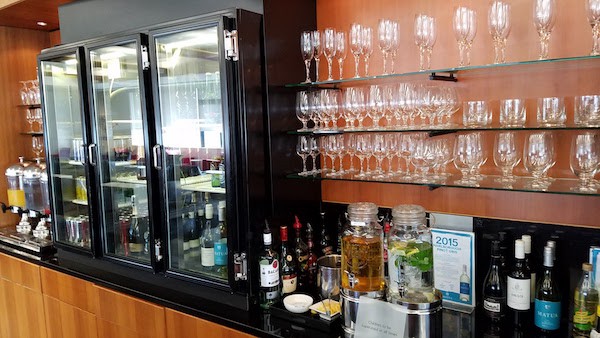 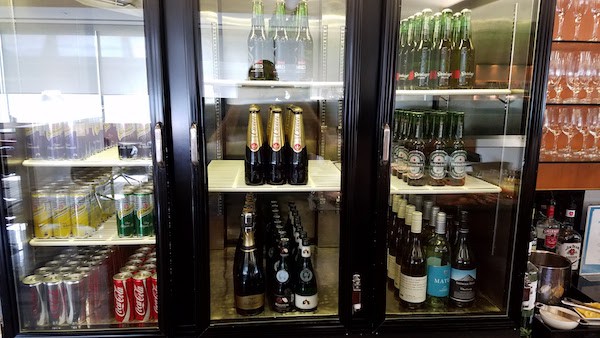 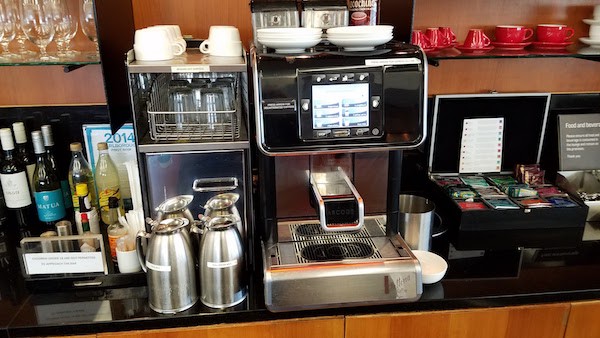 In addition to the food there were a couple of TVs and racks of magazines. 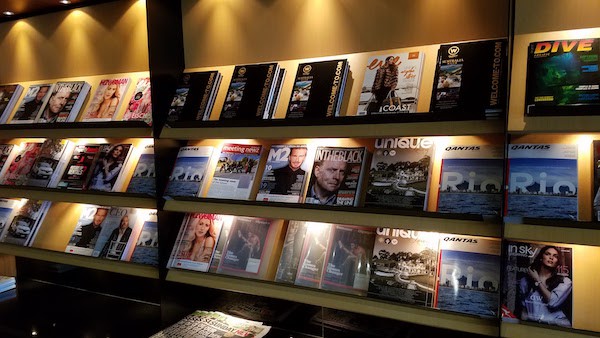 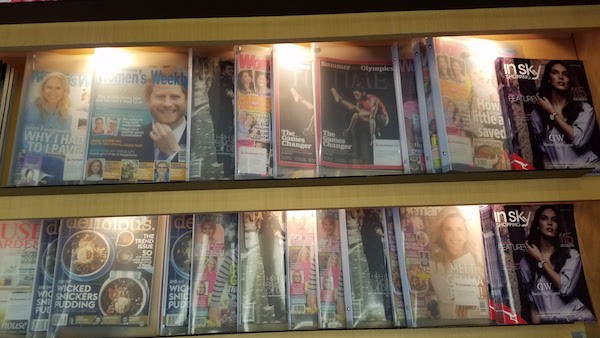 There were outlets throughout but they all were New Zealand style plugs; no USB.  There was one “charging station” for cell phones but that was it.  I noticed a couple of the charging cords were broken.  Make sure to bring an adapter. 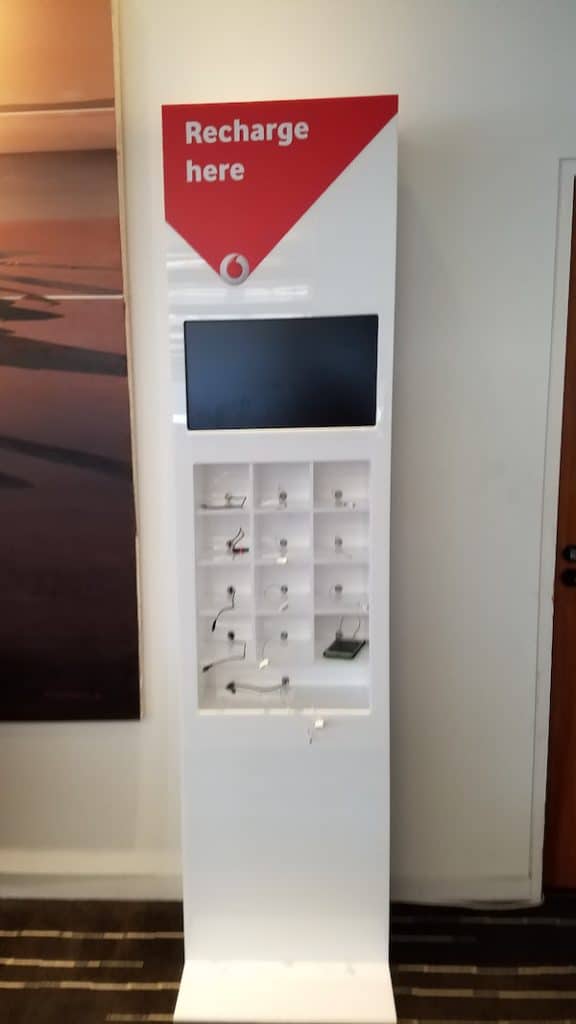 A pretty standard lounge that I wouldn’t go out of my way to visit.  The food was okay but the lounge was small for the number of guests.  The decor also felt outdated and worn.  If you want a drink and some snacks before your flight and have access, the Qantas Business Lounge Auckland will suffice.