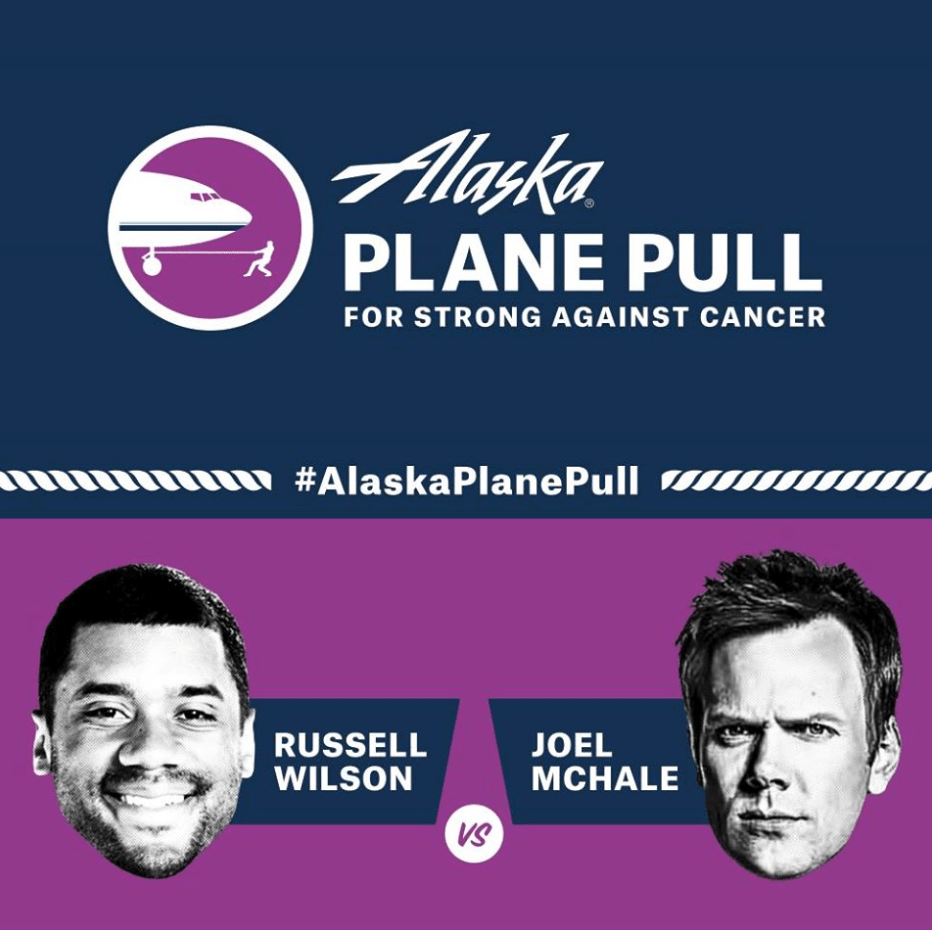 Full disclosure: I have a personal and professional connection with the organization involved in the Strong Against Cancer Plane Pull.  I have donated in the past because I believe it is a worthy cause.  However I do not stand to benefit from this event in anyway (except for maybe going and having a great time!).

One of my favorite non-profit organizations is The Ben Towne Foundation.  The Foundation raises money for pediatric cancer research.  They do some amazing stuff that, I truly believe, will revolutionize the treatment of cancer.  Strong Against Cancer is a campaign aimed at raising $100m to support this work with Seahawks QB Russell Wilson as the spokesperson.  Alaska Airlines has partnered on this campaign (Wilson is Alaska’s “Chief Football Officer”).  And out of that has come the Strong Against Cancer Plane Pull on July 28 in Seattle, WA. 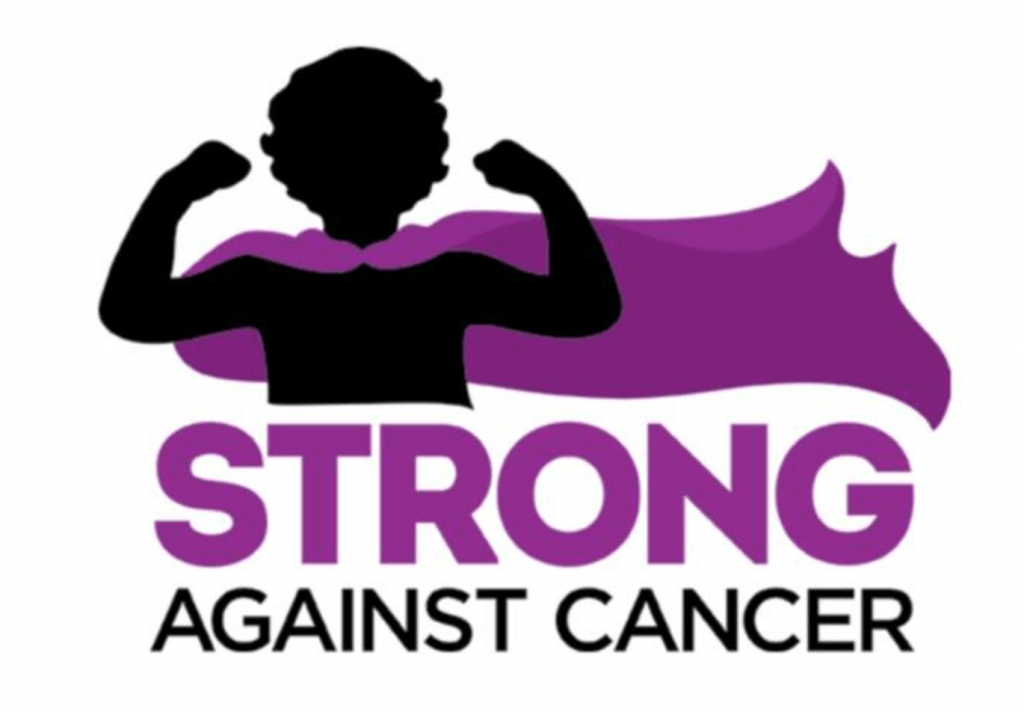 The Strong Against Cancer Plane Pull will feature two teams.  Russell Wilson will lead up one team and Joel McHale (of Community and a supporter of the Ben Towne Foundation) will lead up the other.

There are two “levels” of tickets available.  The first is General Admission and is $50 per person to get to join and help pull an Alaska Airlines 737.  The other is the VIP Access which adds a ticket to the post-pull reception where you can meet with Russell Wilson, Joel McHale and the other folks involved.

It is not clear where the plane pull will be (my guess is Boeing Field, but perhaps SeaTac, Renton or Paine Field).  If you plan on attending the Strong Against Cancer Plane Pull, please comment below; it would be fun to meet you at the event! 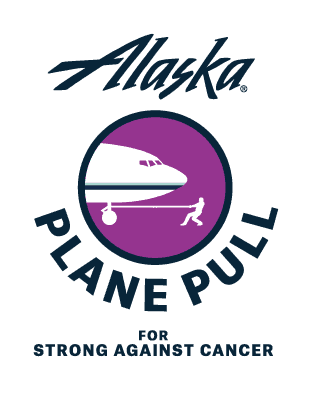