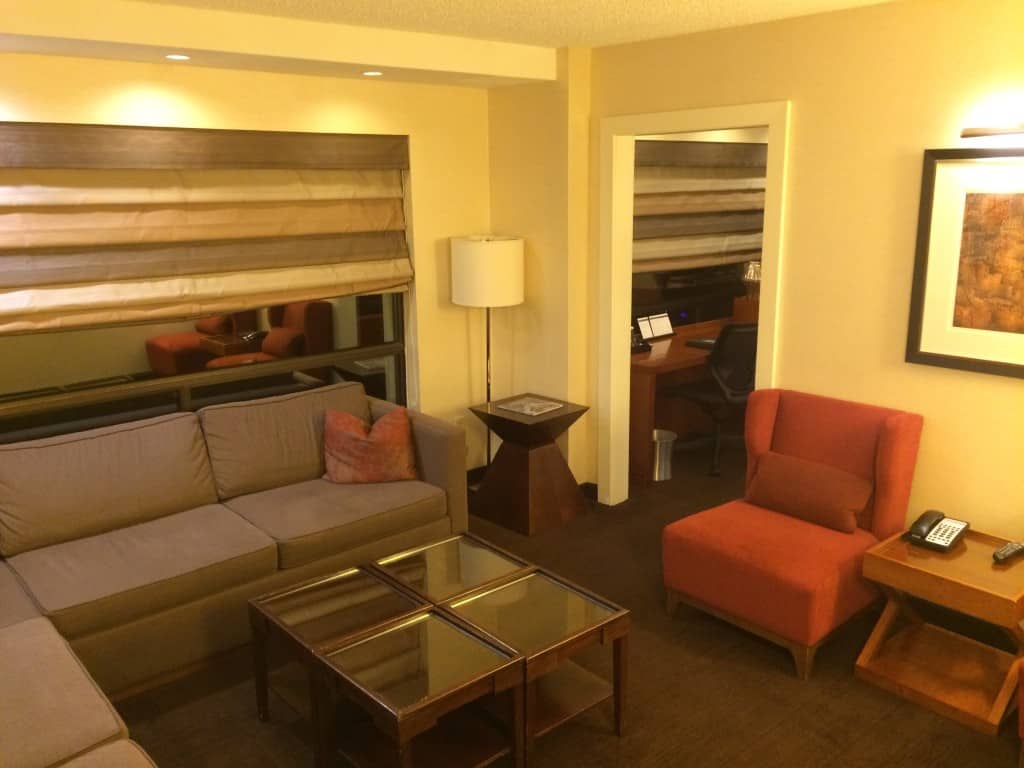 After spending only 7 hours at the hotel, it seems a bit presumptuous to write a review about the Hyatt Regency Crystal City at Reagan International (technically in Virginia).  However I think I slept a total of 2 hours, giving me 5 hours to experience the hotel.  I think that qualifies me as an expert.

I booked the spectacular mistake fare to Beijing but needed to position myself at DCA to begin the run.  As my flight out of DCA was at 7:15am, and I was coming from Seattle, I knew I would need to spend the night in DC.  My flight arrived at 10:00pm and they Hyatt Regency Crystal City was a good option as it had a free shuttle every 20 minutes to/from the airport.  Apart from the driver leaving the airport with the shuttle door still open, it was a painless experience to get to the hotel.

Check In:  I was sent an email inviting me to check in over the web; however I do not suggest this option for standard practice.  I don’t have data to back it up, but my thought is that there is more flexibility with room upgrade when you check in with a human at the property.  For me, it paid off to skip checking in online.

When I arrived there was no line and was helped by a very friendly agent.  When he began checking me in he mentioned my Platinum number was on file.  I mentioned it should be Diamond and he seemed to question this a bit.  Asking, “Do you usually get points for your welcome?” seemed more of a test than asking what he should enter for my welcome amenity.  However when he looked it up he saw I was in fact Diamond (although I wasn’t at the time of booking) and was immediately overly apologetic.

I asked if the Regency Club was still open and he, again, apologized that this location did not have a Club.  Breakfast would be provided at the restaurant starting at 6:00, but I explained I would be checking out at 5:00am.  The also mentioned that the pool was closed.  I was beginning to think maybe I booked dud.  The agent asked if I had eaten dinner, which I hadn’t.  He asked if I would like a glass of beer on him and I said a glass of wine would be great.  He then said that he would also talk to room service and set me up with dinner!  I’m guessing part of it was the fact that I wouldn’t be eating breakfast in the morning; great service none the less. 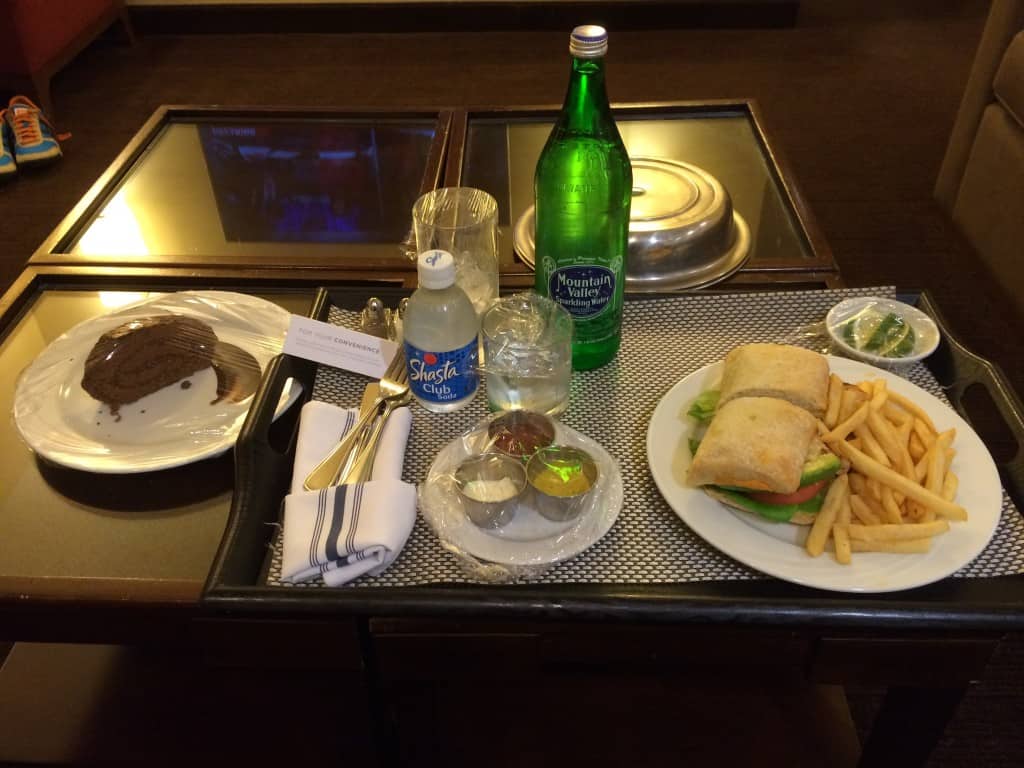 The Pièce De Résistance was that he said that he also had a suite arranged for me on the fourth floor.  Score!

Room:  I have to say, for how great the service was, the hard product was substandard.  I didn’t get a chance to check out the property; I checked in, went to my room, and then checked out the next morning.  The room was large (suite) but definitely dated.

As you entered the bathroom was on the immediate right.  Living room with wall mounted TV, “L” shaped couch and chairs.  The bedroom was a triangular shape with another TV, king bed and a balcony.  The room felt gloomy.  I can’t exactly put my finger on why.  Lightening.  Tan colors.  Low ceilings.  Not sure.  But I am glad I didn’t spend more than a few hours in the room. 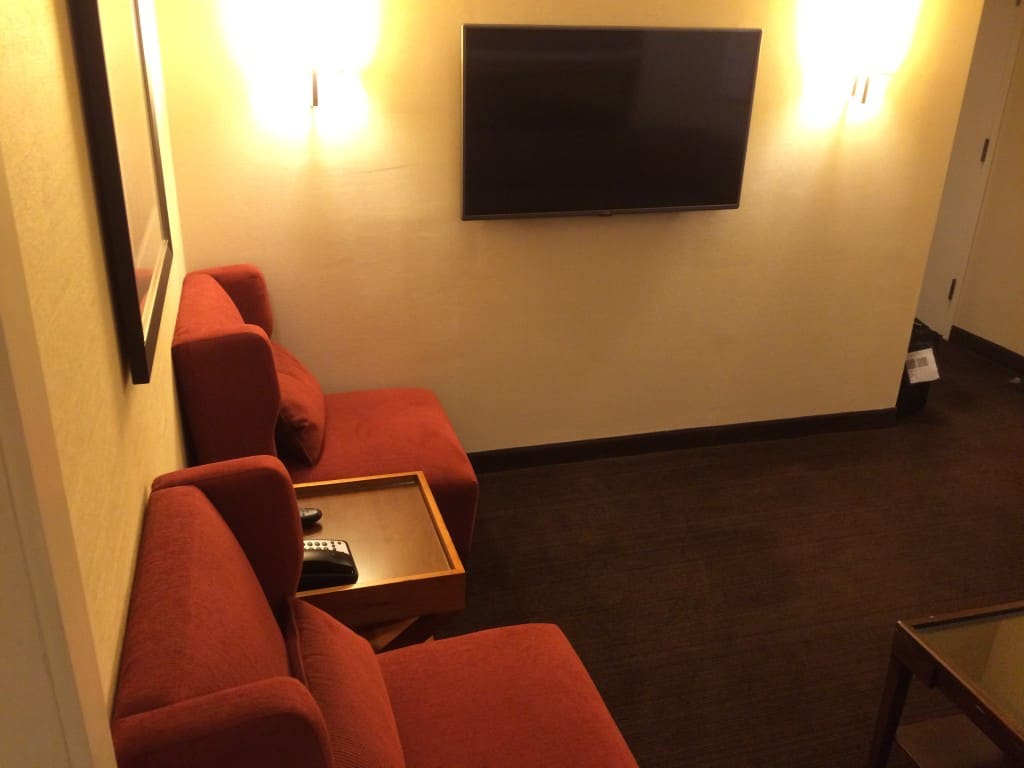 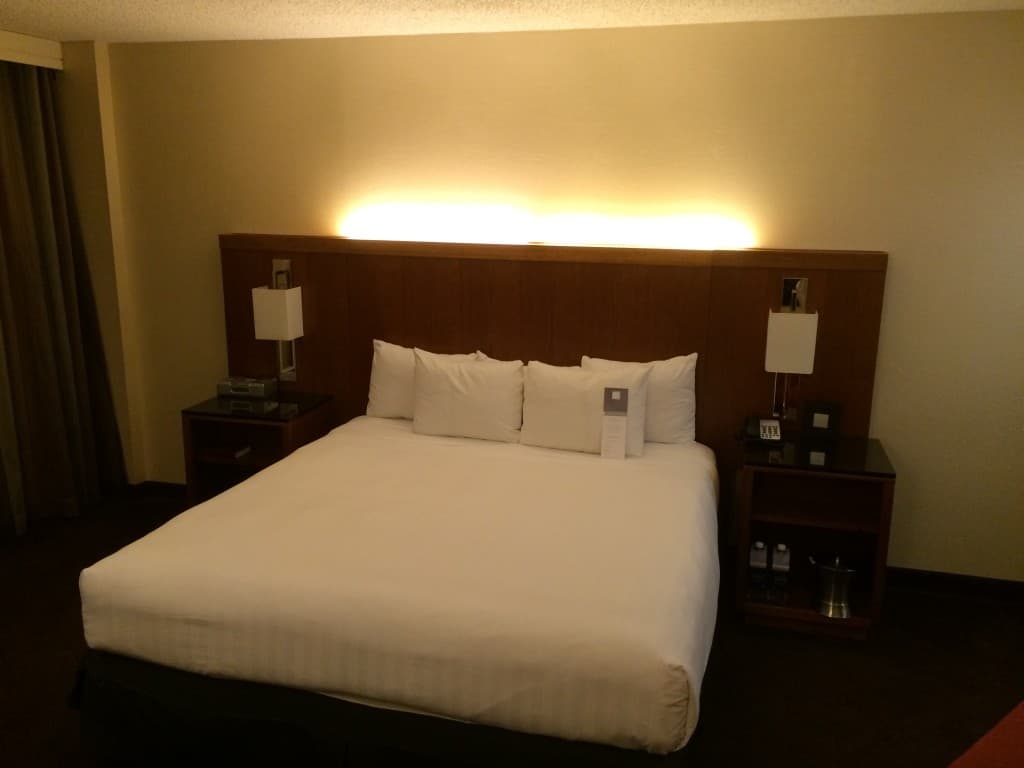 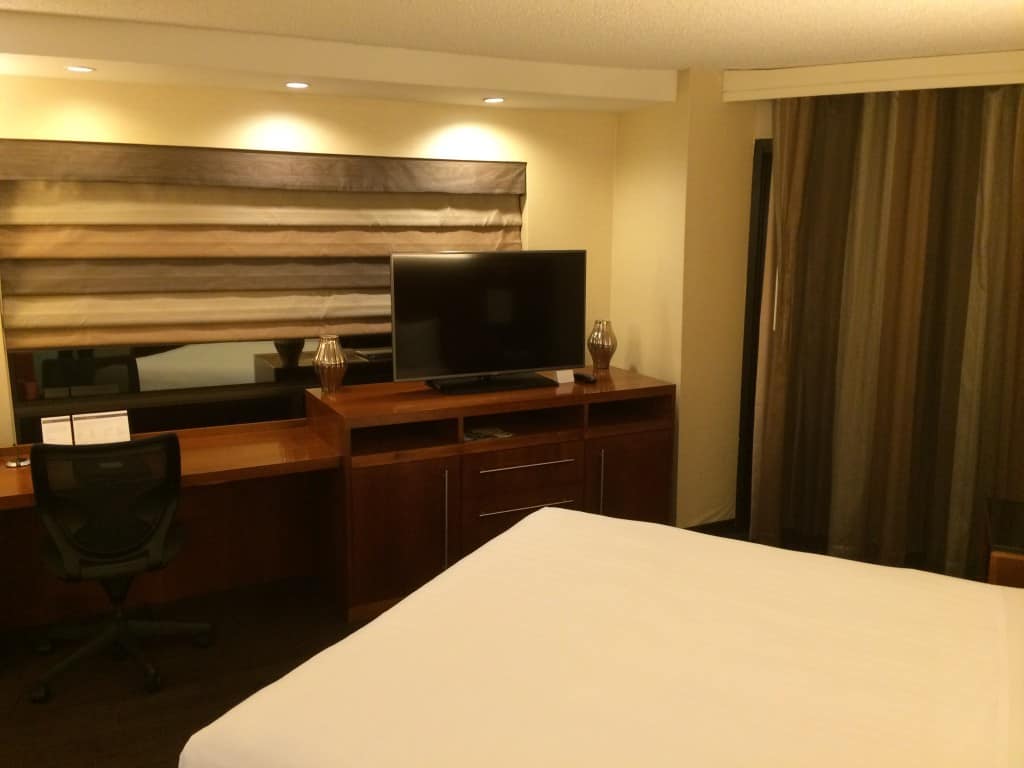 Strange note:  All night there were two people stationed in chairs in the hall outside my door.  They didn’t have anything identifying them as security, but I assume that’s what they were.  Someone mentioned there may have been a Homeland Security conference nearby and that these were hall monitors to make sure nothing crazy went down with Homeland.  No sneaking out or hanky panky between staff!

Bathroom: Like the rest of the room, the bathroom was showing its wear.  Oddly the toilet was bolted to the wall like you would see in a public restroom.  Vintage 1990’s vanity that was chipping and showed water damage. 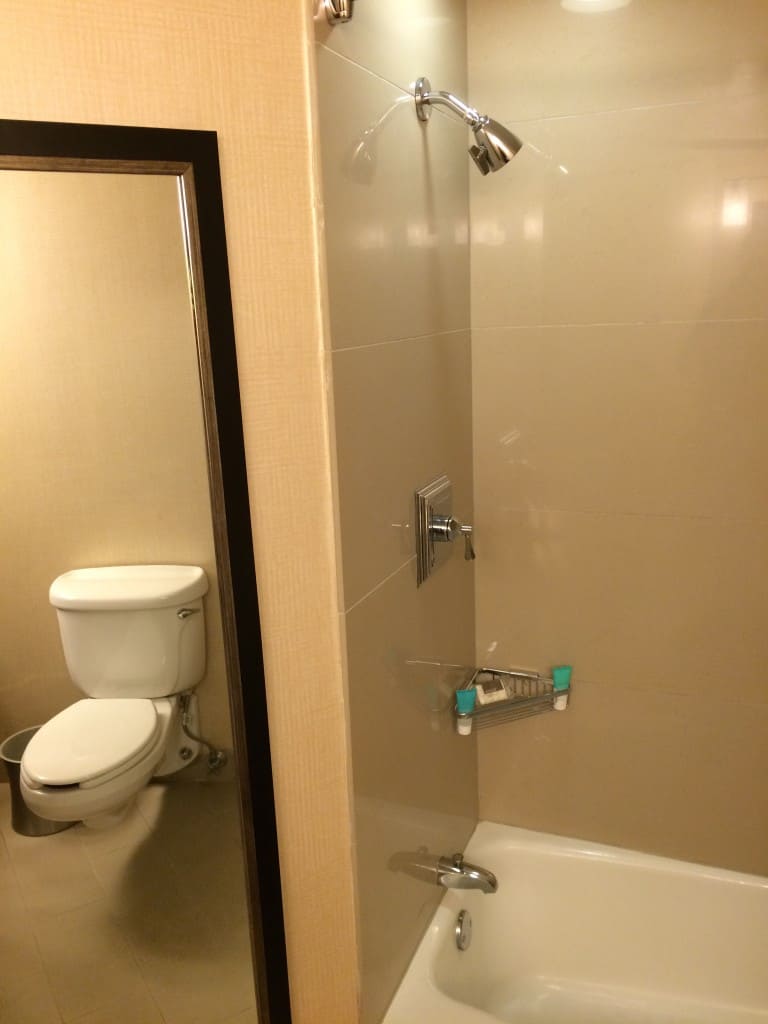 Regency Club:  There is none.

Overall:  Good location if you are on a layover at DCA.  The shuttle is convenient to/from the airport.  The highlight of the hotel is the service, while the hard product needs some TLC.  Not a hotel for sightseeing in DC.