I was alerted to an amazing business class fare from Washington DC to Beijing by OneMileataTime.  In the rule of travel hobbyists, I booked immediately and knew I could sort out details later.  I couldn’t pass by a mileage run in business class. 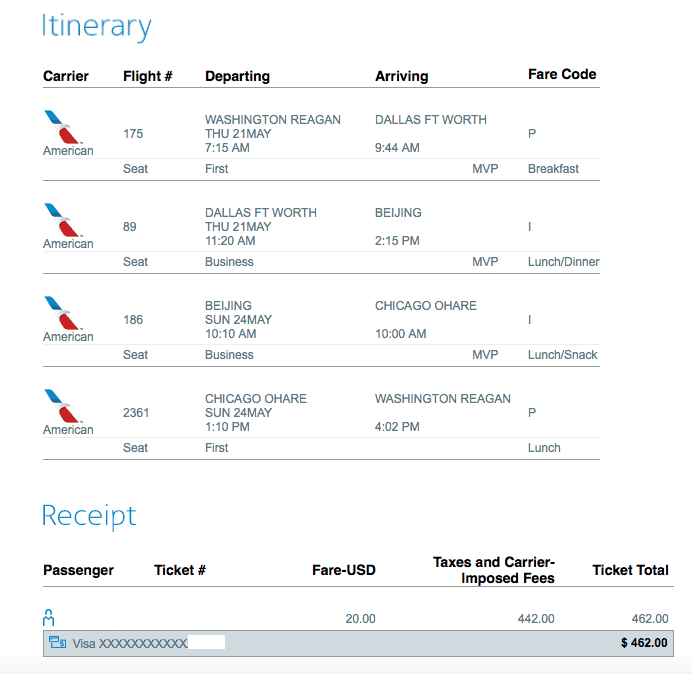 I am glad that I booked quickly because the fare was gone in less than an hour.  Read more to find out additional details.

First class/Business class from DC (DCA) to Beijing (PEK) for $462.  Layover in DFW outbound and ORD inbound.  I’ll be applying the miles to my Alaska Airlines Mileage Plan which will equate to 19,637 elite qualifying miles towards MVP Gold/Gold 75k.  As MVP, I will also get an additional 50% elite bonus for a grand total of 27,312 miles.

I’ve never flown business class internationally, but there are mixed reviews about American’s seats.  It sounds like they are transitioning to a new version as they retrofit their older 777, but not sure if either of my planes will be the new seats.  I am still confirming whether or not I will have lounge access.  EDIT:  After reading the Admirals Club website, my understanding is that I will be able to access the lounge at all airports I’ll be flying through (DCA, DFW, PEK, ORD).  This will make the layovers more enjoyable.

Three problems I had to sort out:

Well, there you have it.  Plans are in motion.  Some additional great info from OneMileataTime about this fare.  Who else is joining me on this Beijing mileage run?

UPDATE: And American Airlines confirms (via Twitter) that they are honoring the paid fares.  I’m going to Beijing! 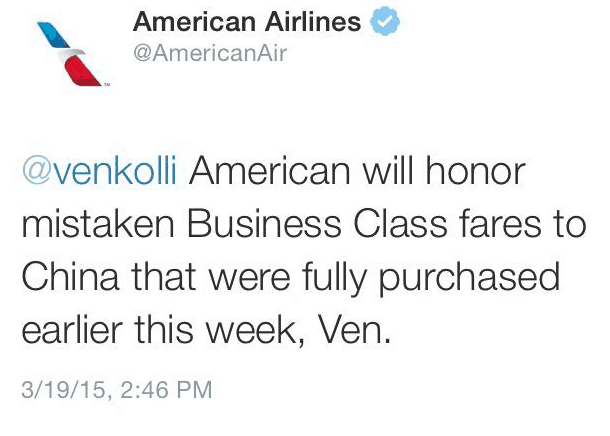