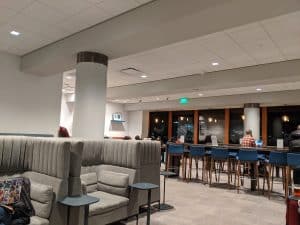 Renovations at Alaska Lounge LAX During a recent arrival at LAX I was surprised to see an updated exterior to the Alaska Lounge in Terminal 6.  It is the “reclaimed wood” look that is popping up at some of their other lounges like JFK.  I’m not a fan by the way.  I think it already … Read more 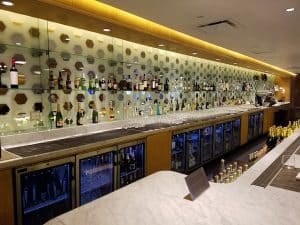 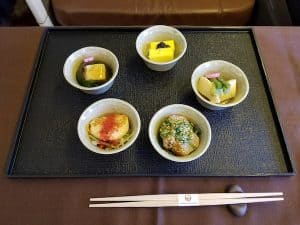 Japan Airlines First Class LAX-NRT I have traveled very little so far in 2018 due to increased demand from my masters degree program.  So for my spring break, I really wanted to go big.  Using Alaska Airlines miles I booked a trip to Tokyo and Seoul for the week.  To get to Tokyo, I flew … Read more 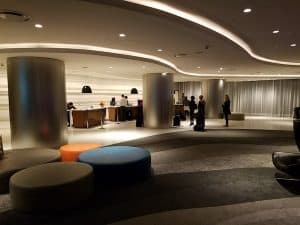 Hyatt Regency LAX Review This past weekend, my friend and I went on a domestic mileage run on Virgin America.  The schedule of the flights had us on a layover for 9 hours at LAX from 2:00-11:00 PM right in the middle of the mileage run.  Knowing we would be tired and wanting a shower, we … Read more 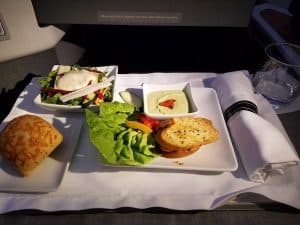 AA 777 Business Class LAX-MIA For the second time in about a month, I am flying American Airlines’ 777 Business Class transcontinental service from Los Angeles to Miami.  Both flights were mileage runs (the first to Haiti, the second to Cancun) and I specifically routed my trip through LAX to MIA so I could fly … Read more 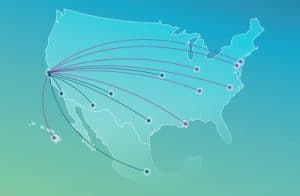 Alaska Airlines signaled they were serious about expansion when they purchased Virgin America back in December 2016.  For the time being, Virgin America is sticking around.  While not as flashy, Alaska has continued to show it’s commitment to dominance on the West Coast with subsequent announcements of new routes from Portland, the Bay Area, Los … Read more