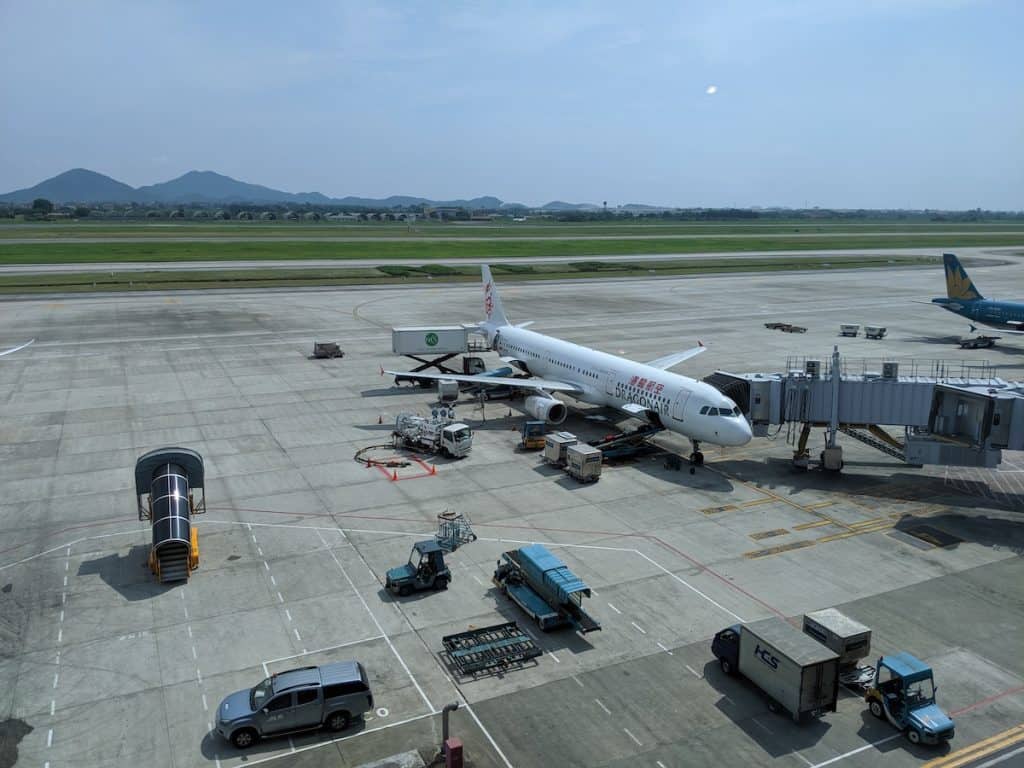 Cathay Dragon is Cathay Pacific’s regional airline (formerly Dragonair as you can see in the livery above).  The are part of the oneworld alliance, however unlike Cathay Pacific, they are NOT a partner of Alaska Airlines.  Which, honestly, makes no sense at all.

For my Cathay Pacific First Class mileage run, I would be starting in Hanoi.  My first leg, Hanoi to Hong Kong, was in Cathay Dragon Business Class.  After a visit to the Business Lounge in Hanoi, I was ready to board.  In my mind I was imagining European “Business Class” where it is the same seats as Economy just with the middle blocked out.

I was pleasantly surprised that it is much more similar to domestic First Class in the US.  On the A321, the Business Class cabin is a 2×2 configuration with a total of six rows (24 seats). 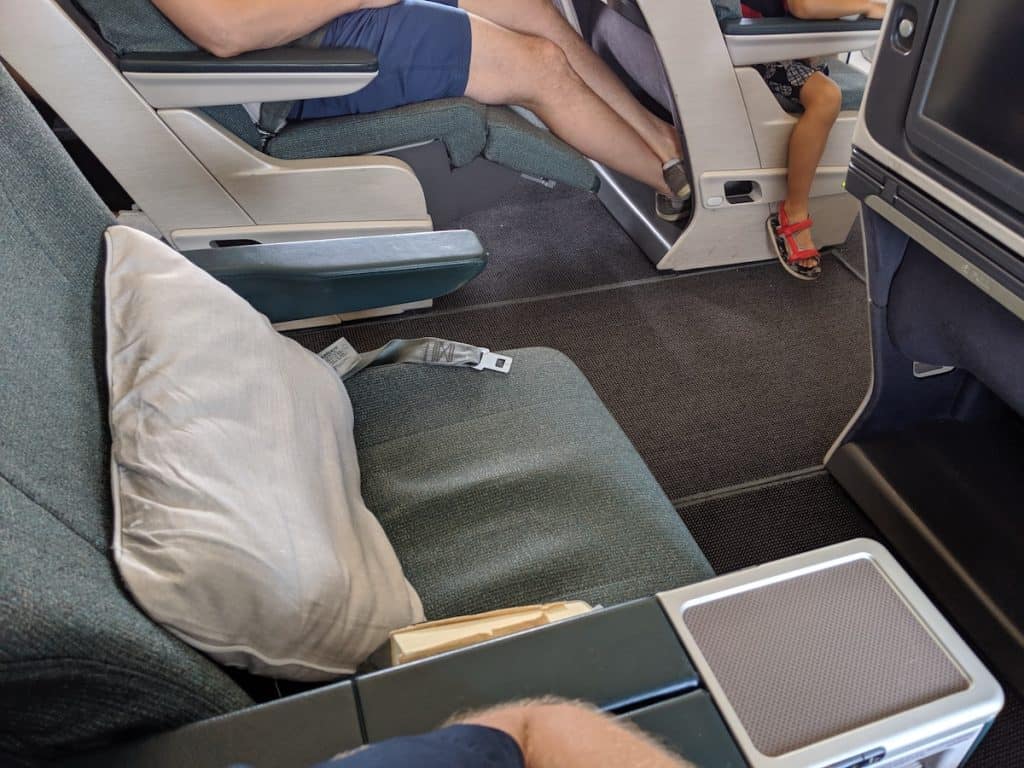 The seats are adjustable and actually recline a good amount.  And because the seats have a hard shell, reclining doesn’t reduce the space of the passenger behind you. 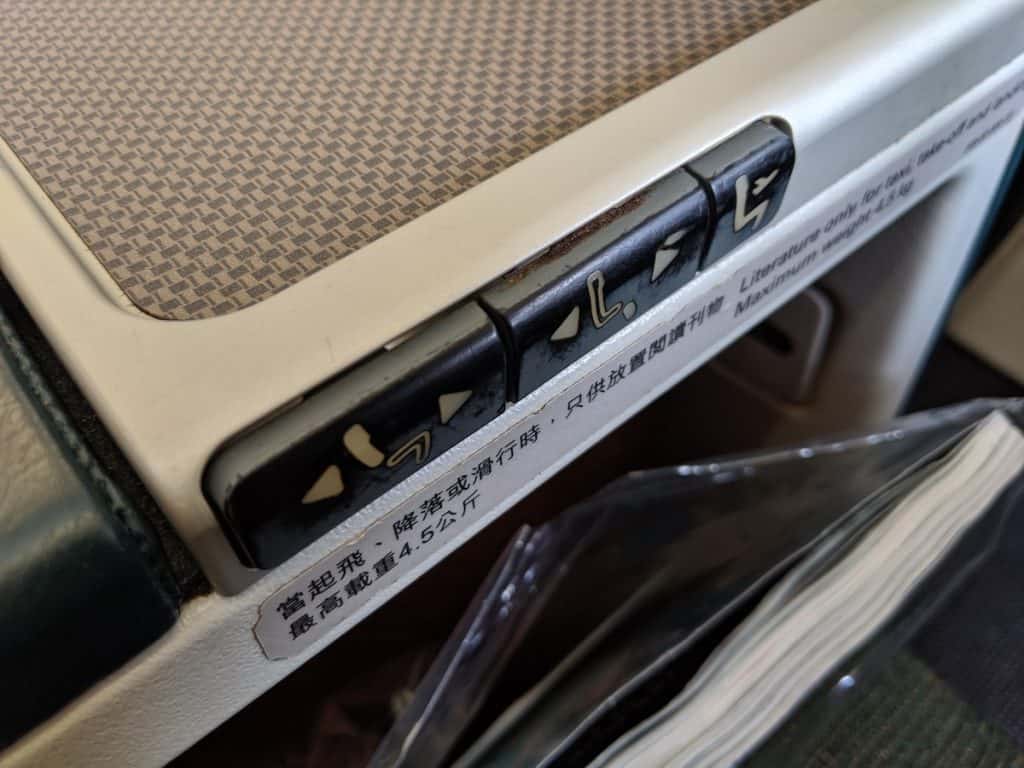 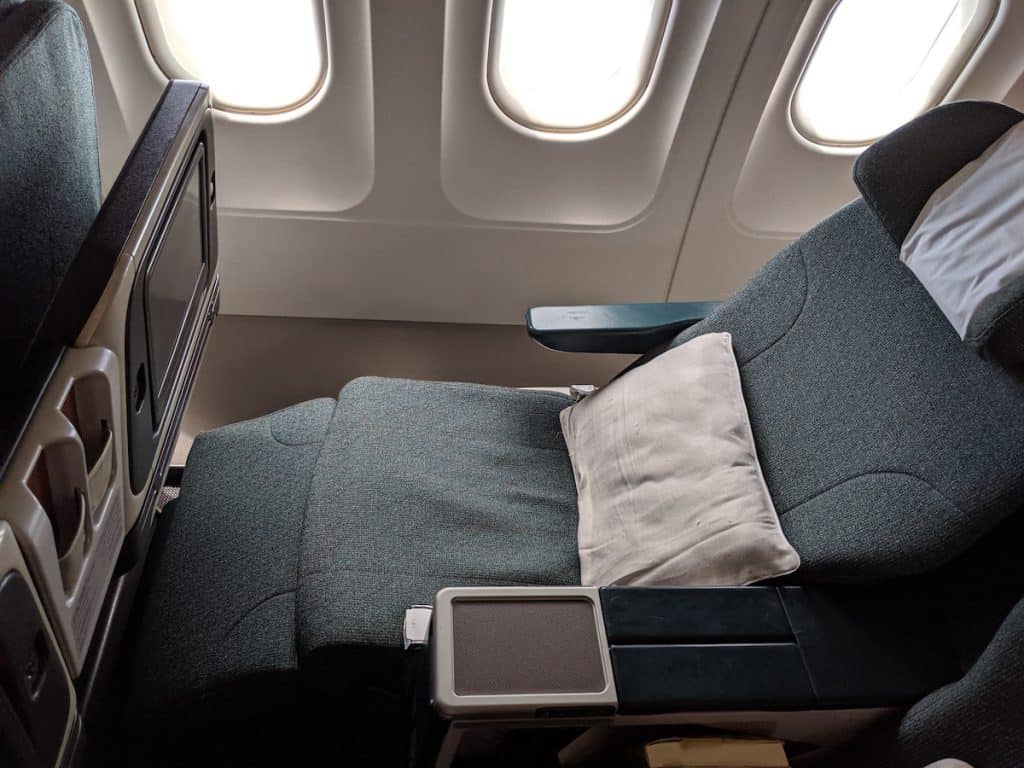 There is a good sized touch screen inflight entertainment system that can also be controlled by remote. 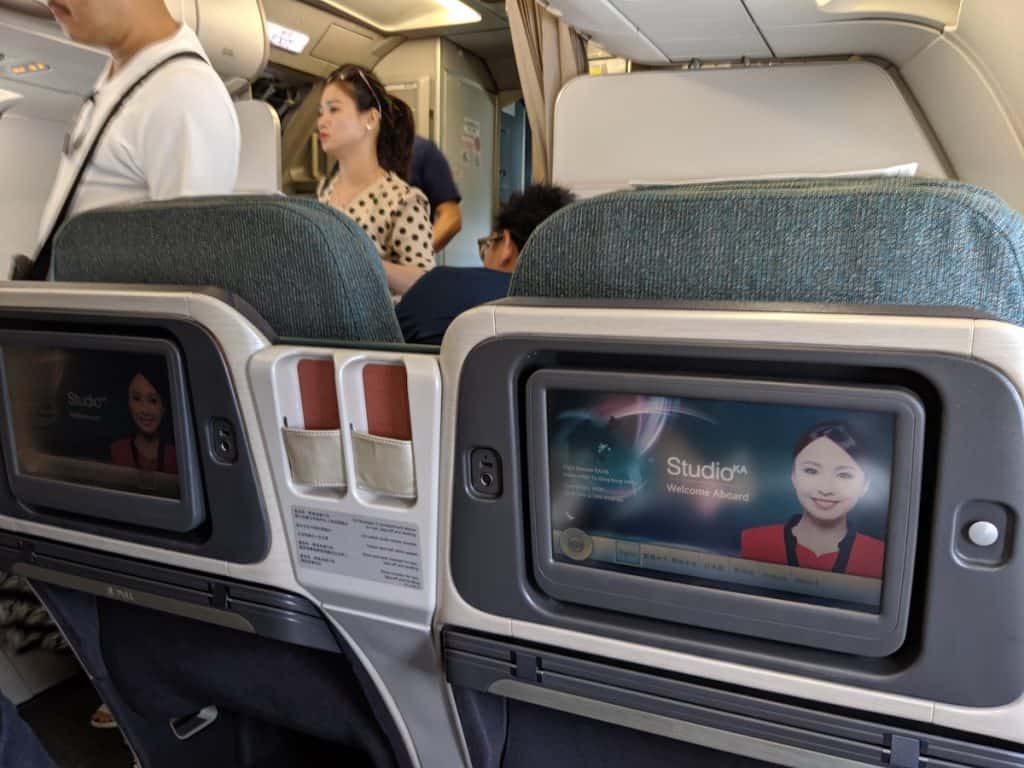 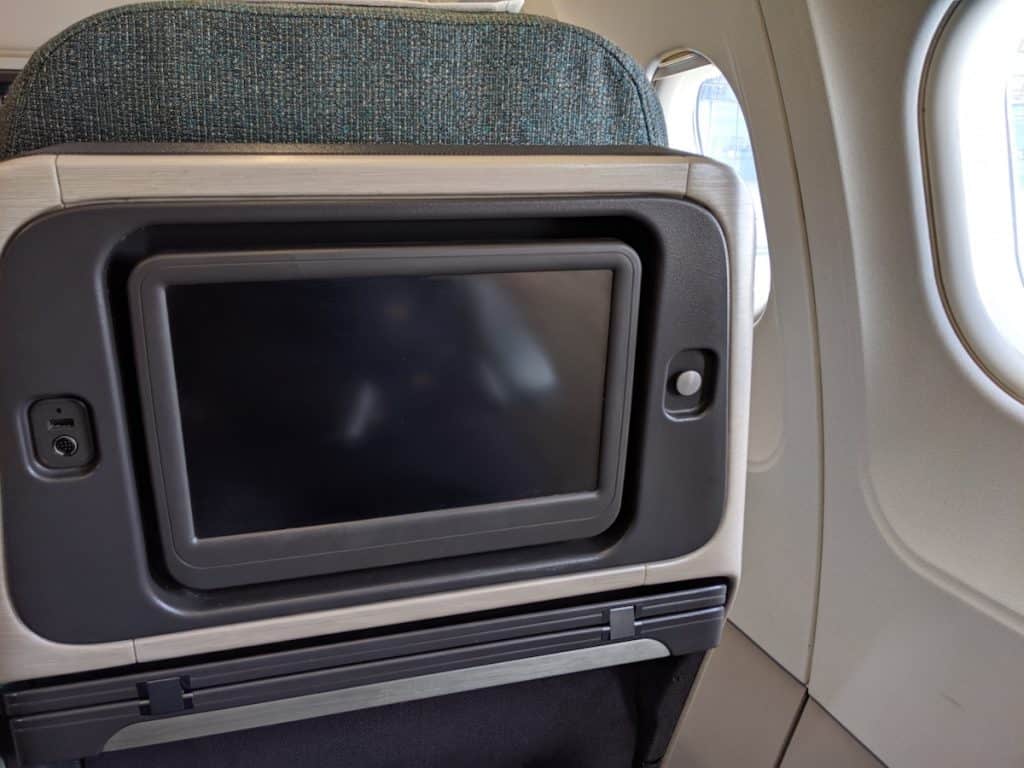 Between the monitors is space to put a cell phone (near the USB port for charging). 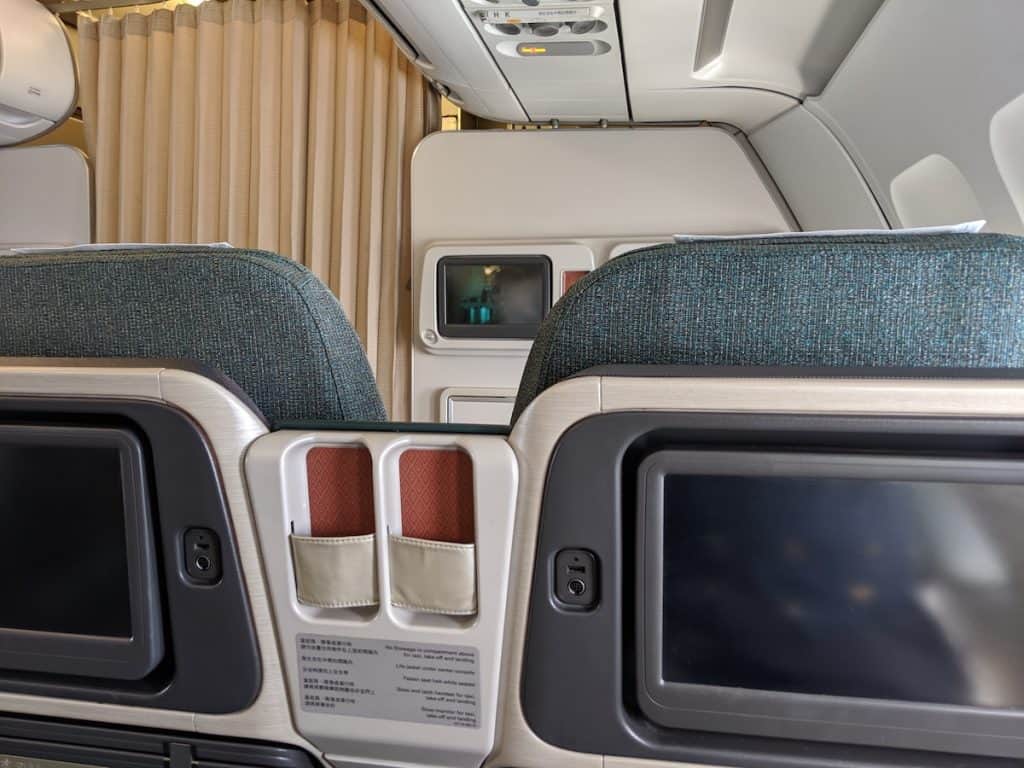 I was offered a welcome drink; Cathay’s speciality cocktail which was delicious. 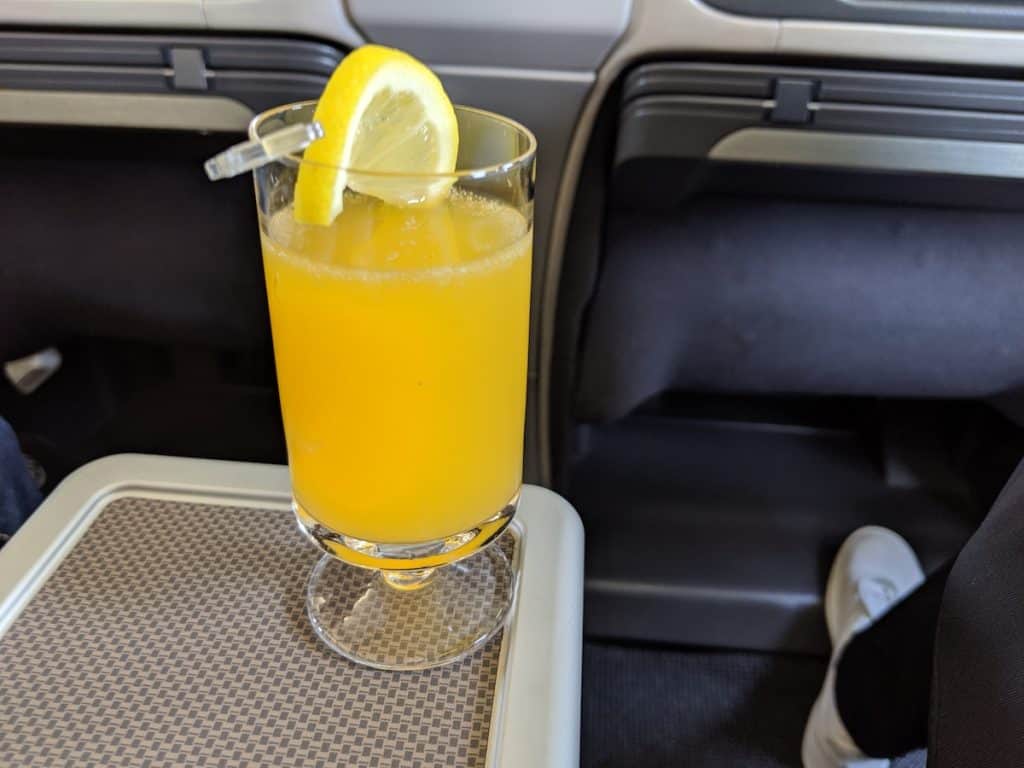 Though the flight was only two hours, a full meal was served. 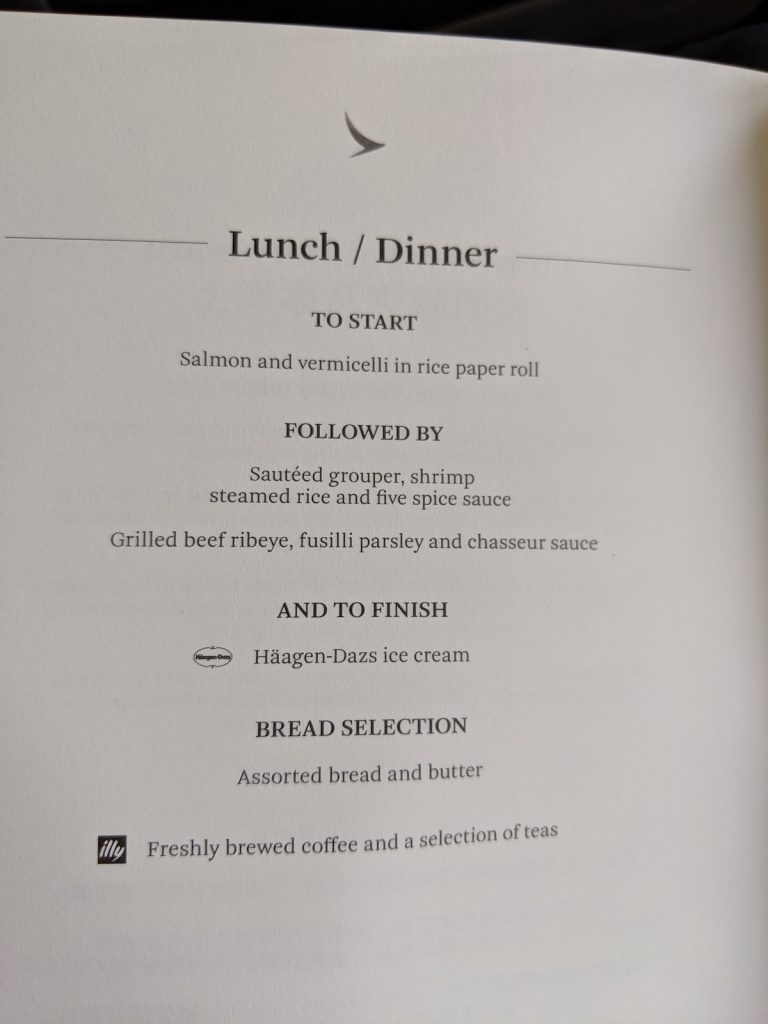 I had the beef dish and it was okay.  I thought the spring rolls were the best part (that is fish sauce in the little round container). 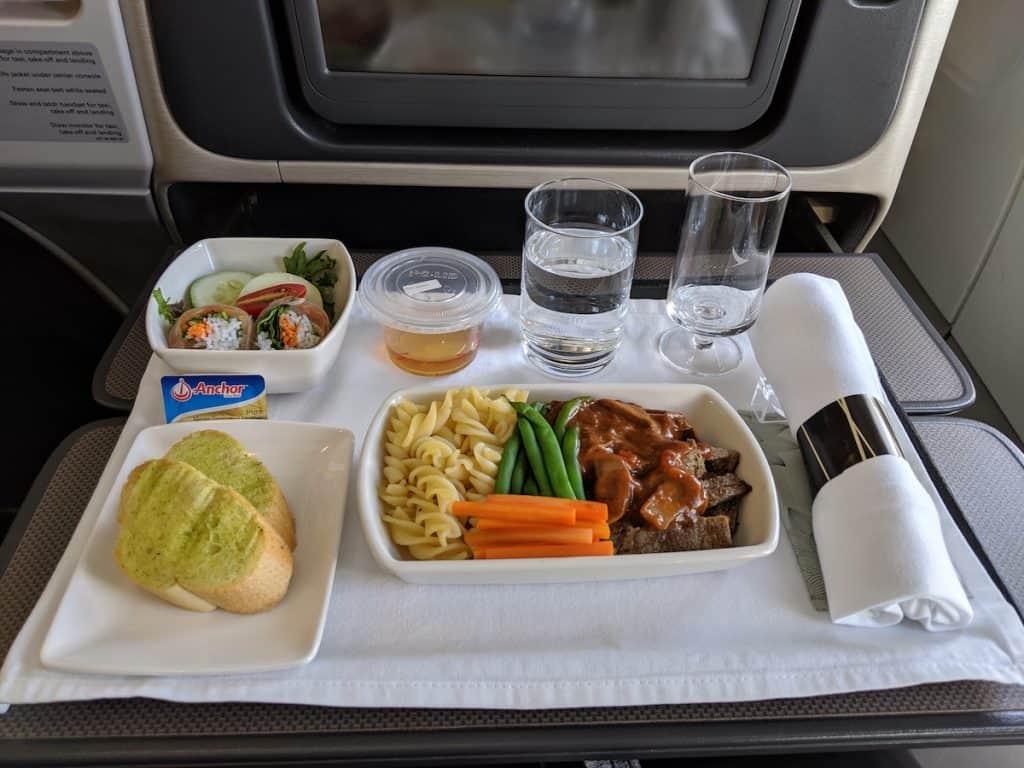 For dessert a selection of ice cream was offered. 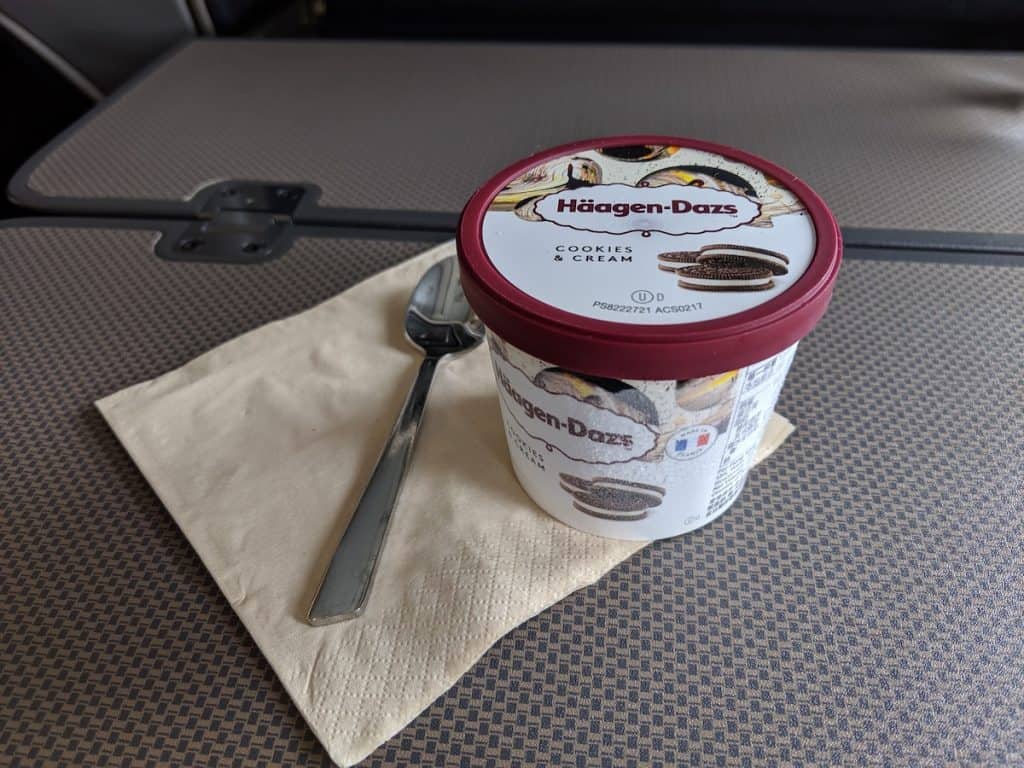 As I couldn’t credit the flight to Alaska Airlines, I decided to credit it to British Avios.  I received 40 Tier Credits and 678 Avios points.  The points posted quickly (within a week).

Overall I was very impressed with Cathay Dragon.  I expected it to be scaled down version of Cathay Pacific but their service standards seemed similar.  I would not hesitate to fly Cathay Dragon in the future IF they figure out a way to credit miles to Alaska Airlines.

Have you flown Cathay Dragon?  What did you think?