David Cooley, a business owner from Los Angeles, reports that he and his travel companion (Note: this is the language that Cooley uses in his post, though he also says they are a couple) were discriminated against by Alaska Airlines. 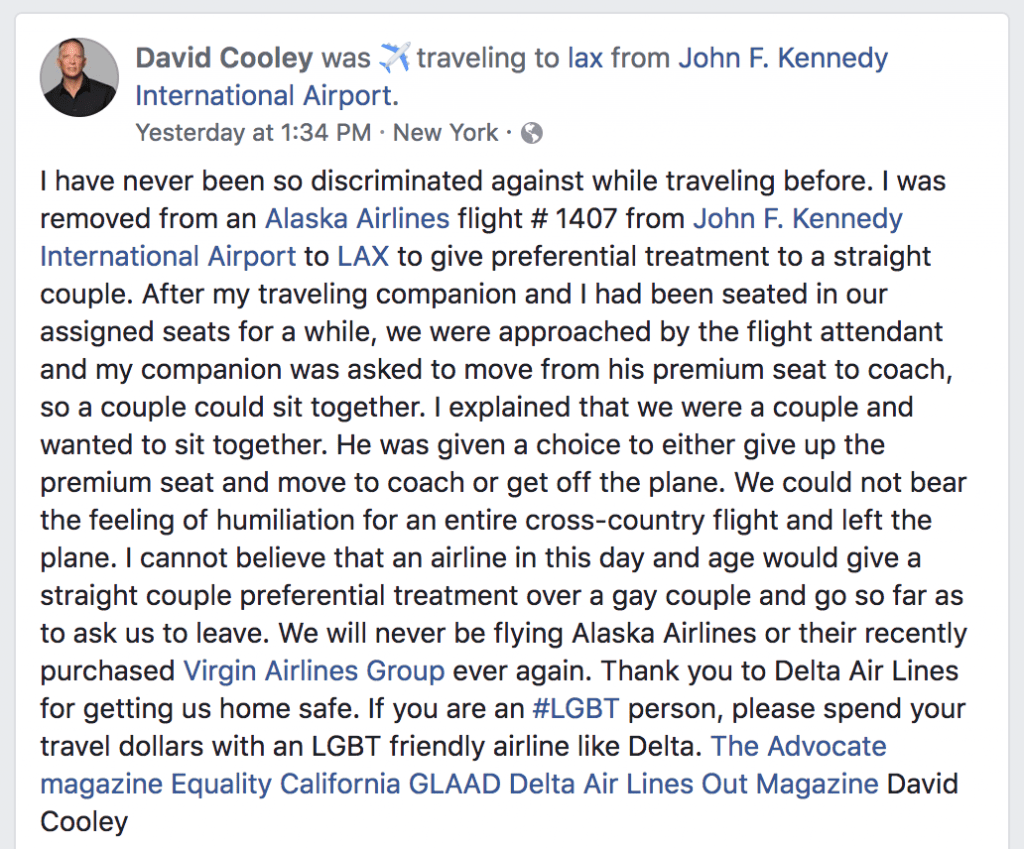 I have never been so discriminated against while traveling before. I was removed from an Alaska Airlines flight # 1407 from John F. Kennedy International Airport to LAX to give preferential treatment to a straight couple. After my traveling companion and I had been seated in our assigned seats for a while, we were approached by the flight attendant and my companion was asked to move from his premium seat to coach, so a couple could sit together. I explained that we were a couple and wanted to sit together. He was given a choice to either give up the premium seat and move to coach or get off the plane. We could not bear the feeling of humiliation for an entire cross-country flight and left the plane. I cannot believe that an airline in this day and age would give a straight couple preferential treatment over a gay couple and go so far as to ask us to leave. We will never be flying Alaska Airlines or their recently purchased Virgin Airlines Group ever again. Thank you to Delta Air Lines for getting us home safe. If you are an #LGBT person, please spend your travel dollars with an LGBT friendly airline like Delta. The Advocate magazine Equality California GLAAD Delta Air Lines Out Magazine David Cooley

Alaska Airlines planes are set up in three sections: First Class, Premium Class, and Main Cabin.  However, As1407 is a former Virgin America plane, meaning that it is not reconfigured to the Alaska set up.  In the former Virgin America A320 planes, Row 3 (first row of Economy) and Rows 9 & 10 (Exit Rows) are the only Premium Class seats on the plane.  These seats have more leg room due to their location which is what makes them “Premium”.  The Airbus planes are all going to be reconfigured in the future to conform to the standard reconfigured Alaska Airlines Premium Class of Rows 6-10. 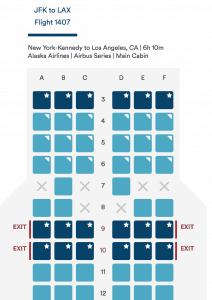 There have been multiple reports of strange upgrade behavior on former Virgin America planes.  Alaska is reporting that the system assigned two passengers to the seat.

We are truly sorry this event occurred. We mistakenly booked two people in one seat. I can assure you we are an inclusive airline and hold a zero-tolerance policy for discrimination of any kind in our workplace. -Dalce

Either way, Alaska made a mistake.  Either it was an innocent one (booked two people in the same seat, moved one person either based on policy or at flight attendant’s discretion) or it really was a rogue flight attendant.

In my hundreds of Alaska Airlines flights, I have never witnessed a passenger forced to move in order to reseat someone based on a request to be near a family member.  I have experienced the airlines to ask for volunteers to move seats in order to put families together (small child with parent for example), but I have never heard “switch or get off the plane”.

Alaska and Virgin America both have a well known reputation as being inclusive of the LGBTQ community.  Though that doesn’t mean it isn’t possible to have an employee with certain prejudices. 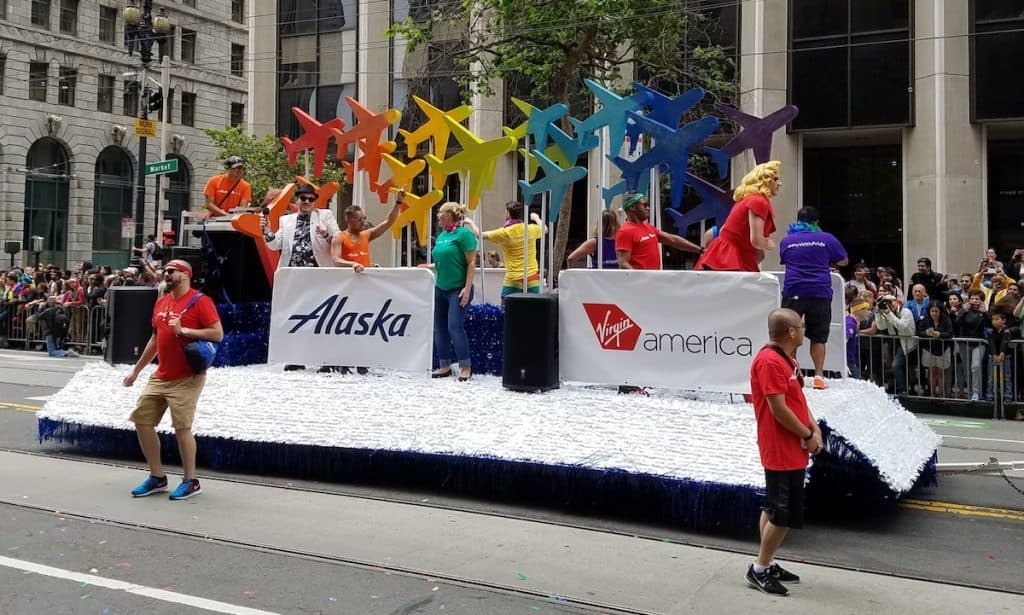 This makes me to conclude that Alaska’s statement, that the seat was double booked, is accurate.  In the same breath, I will admit that I am not unbiased; if you read my website you know I am a big fan of Alaska Airlines.

Now, why was the passenger already in the seat asked to move (assuming he was actually ticketed for that seat)?  It is hard to know.  If I had to guess, it would be that there was an upgrade error and when the tickets were checked, it was decided that the second passenger was supposed to get the upgrade, not Cooley’s companion.

If (and that’s a big IF) there was no clear policy about which passenger should receive the seat, and Cooley’s companion was picked by the flight attendant to move because the other passenger wanted to sit by their partner, then I would have a problem with that.  But the problem I have with the situation may not be what you think.

My problem would be any airline forcing any passenger to move so that a couple can sit together.

I am single (as you probably guess from my website name) and travel a ton by myself.  I have no problem with couples sitting together if they reserved seats next to each other.  But asking me to give up a seat just because I am traveling solo is not okay.  If I picked a seat, I probably did so for a reason.  I want the aisle, I like where it is on the plane, etc.  You can feel free to ask me to move, but likely my response will be no, since I picked the seat for a reason.  And you will then need to move on, no hard feelings.

If a flight attendant ever forced me to move so that a couple could sit together, especially if I was ticketed in a premium seat, you can bet I would be unhappy.

Either way in this scenario, the blame falls on both the flight attendant and Alaska as a company.

In the end, assuming that Cooley and his companion were in their ticketed seats, and one of the seats was incorrectly reserved for two different passengers, Alaska should have let whoever was in the seat (Cooley’s companion) stay in the seat unless they have a clear policy that stated what to do in this situation (based on who was assigned the seat first, for example).  I don’t think travel companions should be brought into the equation at all (unless extreme circumstance like a disabled companion).

What do you think?

6 thoughts on “Alaska Airlines Accused of Discrimination against Gay Couple”