Tokyo DisneySea In A Day

I just got back to my hotel after putting in a full day at Tokyo DisneySea. I put in almost 12 hours and walked 18 miles (I tracked it). Phew.  I am a big Disney Parks fan, though I’ve never done one solo.  Still, it was my last full day in Tokyo so I decided to go for it.  It was also my first Disney Park outside of the US.

The first thing to know is that DisneySea is CROWDED.  I visited on a Tuesday in the end of March.  It coincided with a lot of spring breaks which probably explains the crowds.  Though I have heard that crowded is the norm.

The second thing to know is that this park is done right.  While built around the same time as Disney’s California Adventure, it cost FOUR times more to build.  They did not skimp on Tokyo DisneySea.  It also happens to be the only park not actually owned by Disney. 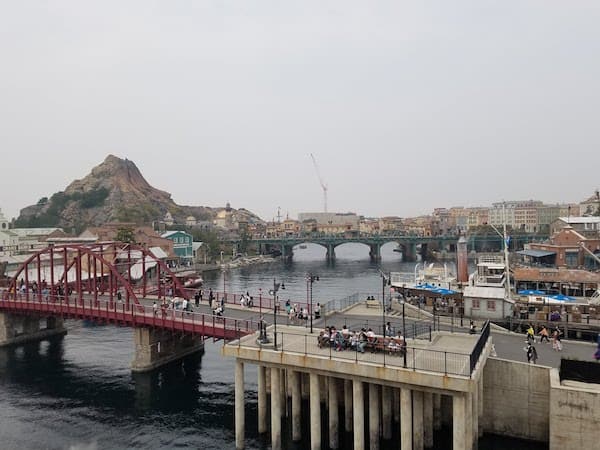 I planned to arrive at the park at 7:30; 30 minutes before gates open.  I purchased my ticket the night before — this saved time but also guaranteed I had a spot in the park.  DisneySea can sell out on busy days.  I took the Keiyo Line train that drops off at the Maihama station.  It’s only about a 20 minute ride from Tokyo center.

After getting off the train you have to get on the Disney Monorail (it’s a short walk to your left after exiting the station).  Note that unlike the properties in the US, you must pay to use the monorail.  The good news is that it takes Suica cards, which you MUST have if you are visiting Tokyo.  DisneySea is only one stop away on the monorail, however the trains go counter clockwise, meaning you have to go to all the other stops before getting to DisneySea.  My advice is to walk in the morning (about 15 minutes at a good pace), then take the monorail back (just one stop) at the end of the day. 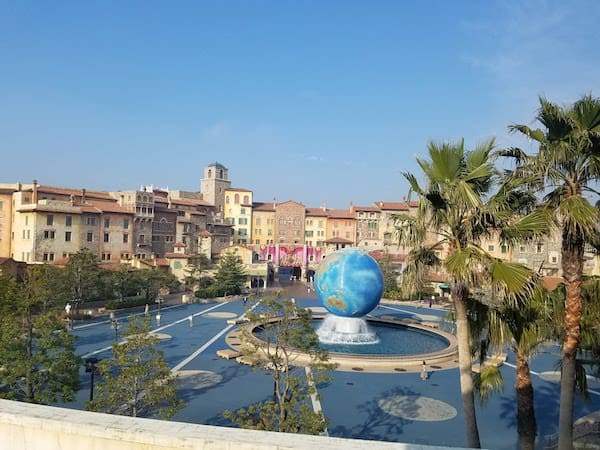 When I arrived at the gate, about 20 minutes prior to opening, the line was huge.  There are two entrances; the photo below just shows one entrance; 20 minutes before opening time.  If you already purchased your ticket, just hop in line with everyone else.  If you did not purchase your ticket before arriving, you must make your way to the front of these lines and purchase it at the front.  Do NOT get in the massive line thinking you will purchase it when you get to the front.  You must bypass the lines, buy your ticket, then go back and get in line. 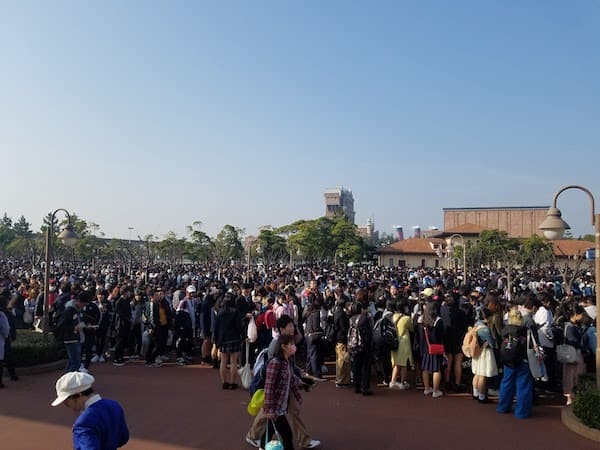 I had been warned that it is important, nay, crucial, to have a plan of attack for starting the day.  That is because Fast Passes tend to run out by noon.  While I wanted to try all of the rides, the top of my list included the DisneySea exclusives: Journey to the Center of the Earth, 20,000 Leagues Under the Sea, and Nemo & Friends SeaRider.  If possible, I wanted to also do Tower of Terror, Toy Story Mania, and Indiana and Jones; however I have done each of those many times at Disneyland.

So when the park opened, I hurried and got a Fast Pass for Journey to the Center of Earth first thing then went and waited 15 minutes in the Standby Line for the new Nemo ride (cute, but like a very tame Star Tours and all in Japanese).

I then made my way over and did single rider for Indiana Jones: Temple of the Crystal Skull (very similar to the Disneyland version) with a quick 5 min wait; always do Single Rider even if you aren’t visiting alone.  It’ll save you hours.  Later in the day I also did Raging Spirits Single Rider.  The tame rollercoaster still had a 20 minute wait for Single Rider. 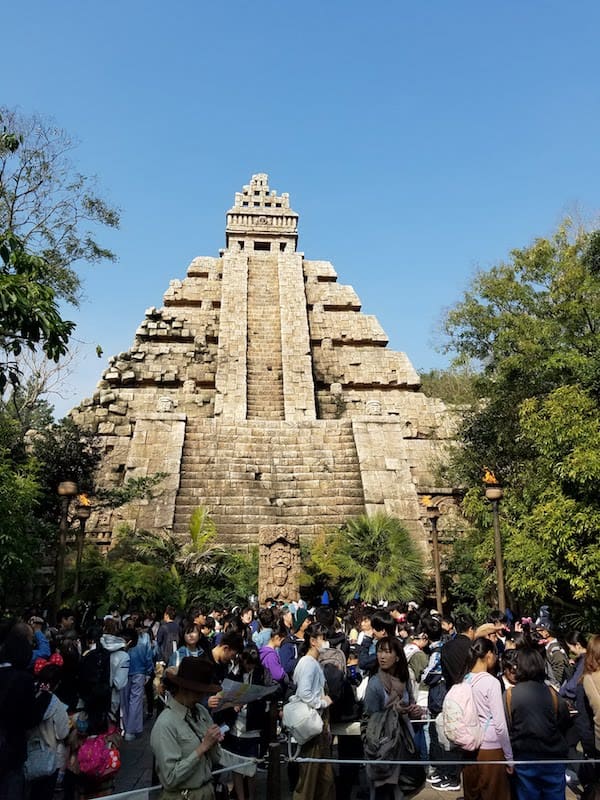 I was also able to get a Fast Pass for Tower of Terror (better than the former ride in California Adventure) and dark ride with a twist 20,000 Leagues Under the Sea (one of the last rides to run out of Fast Passes). 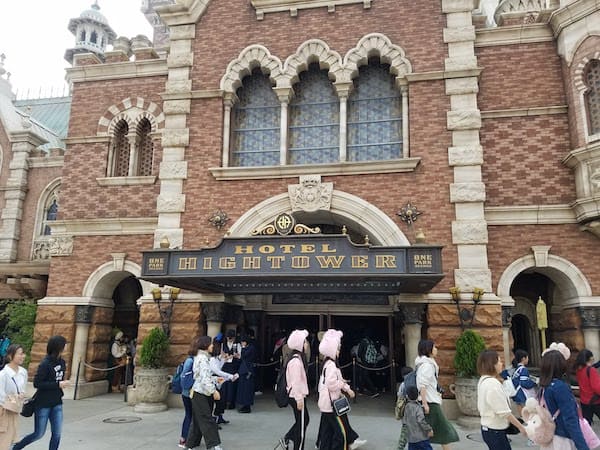 Journey to the Center of the Earth is the same ride technology as Radiator Springs Racer and Epcot’s Test Track but the theme is fun (and a bit scary). 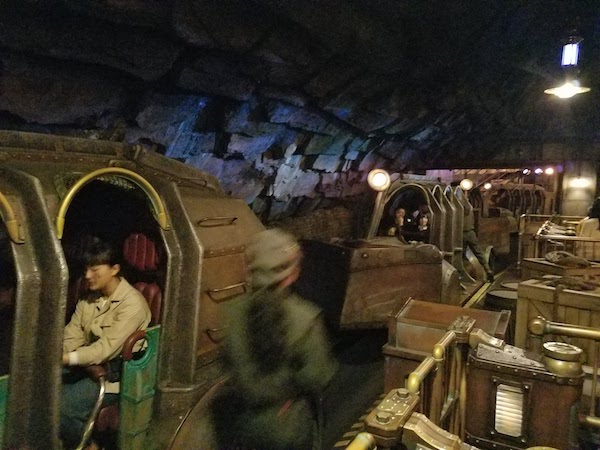 Besides Nemo, I waited in line for Sinbad’s Storybook Voyage (similar to It’s A Small World combined with Ariel’s Undersea Adventure in California Adventure) for 20 minutes. 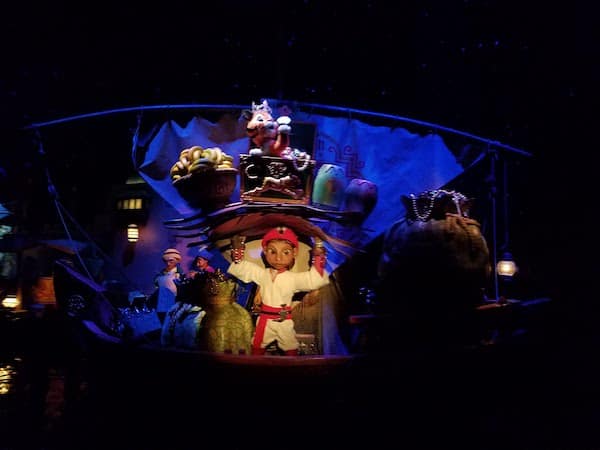 Only got 7 rides in but felt like I got to do everything I wanted except Toy Story Mania. I could have easily done Indiana Jones and Raging Spirits multiple times as a Single Rider, but once was enough for those.

I caught part of the afternoon Easter Show; a seasons production that is combination of parade (on water) and fashion show.  I am glad it exists for the only reason that people lined up to watch it, thus getting them off rides for an hour. 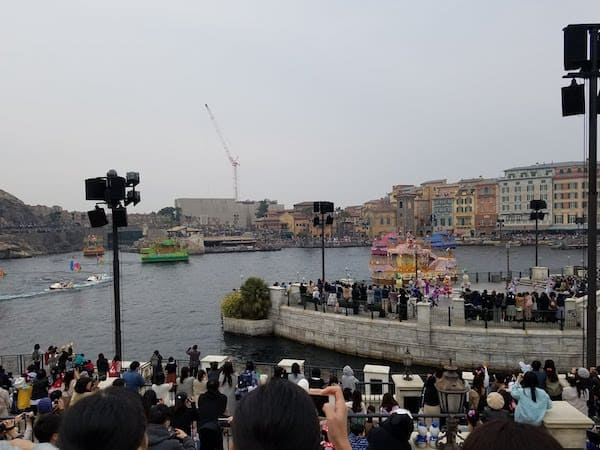 I really liked Big Band Beat (Sponsored by Japan Airlines!), a high production show so popular that they have a lottery system to get tickets.  The lottery is located by the gondola entrance.  You scan your park pass, say what time you want to see it, and it will tell you if you win or not.  I didn’t get picked for the lottery.  However, you can still line up for general admission balcony seats prior to each of the shows.  I got in line about 45 minutes ahead of an evening performance and got in.  The show is fantastic; with a real live band and singers performing songs from the 1920’s to 1940’s.  Some Disney characters make appearances.  It is also all in English.

I was tired and decided to leave before Fantasmic!, the nightly show on the water.

The snacks at DisneySea are unique.  And that’s a good thing.  The big draw is popcorn (believe it or not).  People will wait in huge lines for the various flavors (blueberry, cracked pepper, curry, garlic shrimp, etc) that rotate over time.  They have other traditional Disney park snacks (churros, turkey legs, ice cream). 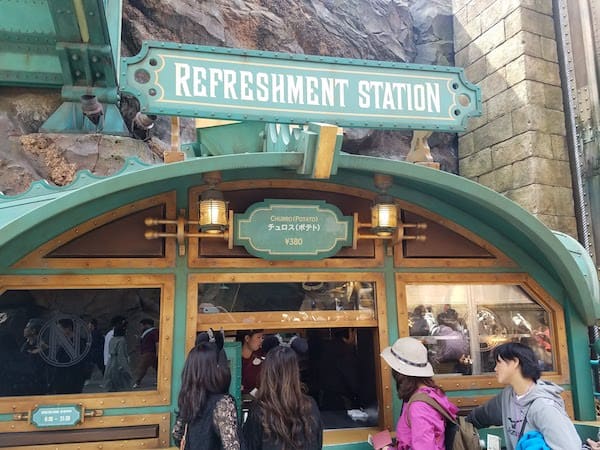 But they also have some very unique snacks that you can only find at DisneySea.

One of my favorites is the Chandu Tail.  Chandu the tiger is the friend/pet of the title character in Sinbad’s Storybook Voyage.  The Chandu Tail is bun filled with chicken curry and costs about $5.  At the same snack bar, you can also order maple cream puffs with soft serve which are delicious. 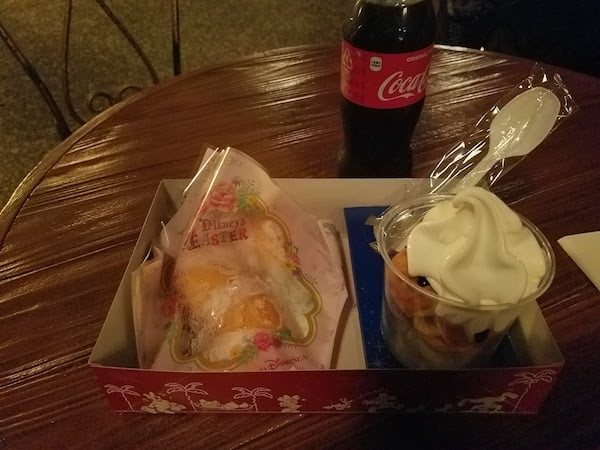 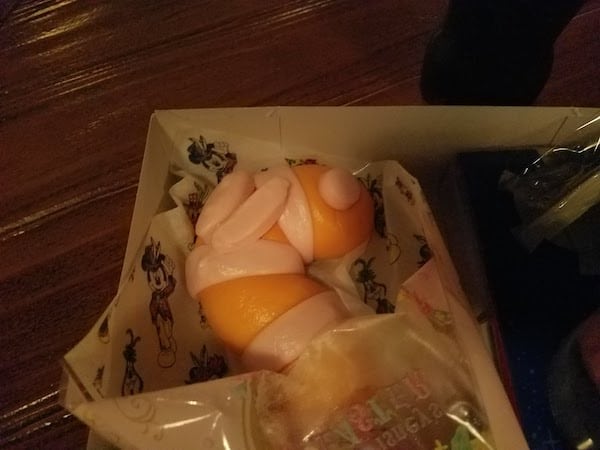 I also enjoyed the Mickey Castella Cake that you can get at most of the ice cream carts throughout the park.  Basically it is a frozen twinkie in the shape of Mickey.  What’s not to love? 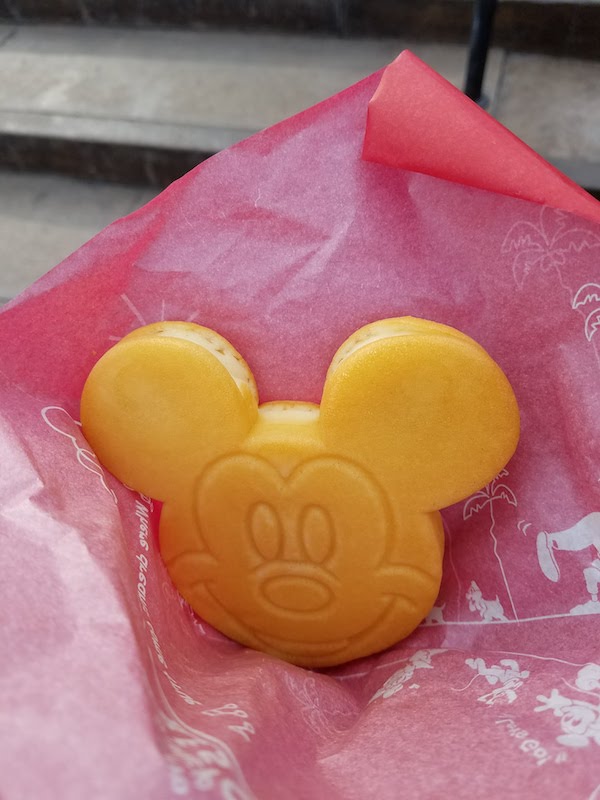 Another popular snack I tried was the Gyoza Bun from the Mysterious Island.  It’s located downstairs and isn’t that easy to find — which is great because I didn’t have to wait in line!

If you want a relaxing place to grab food with table service, check out the Teddy Roosevelt Lounge.  It is on the S. S. Columbia and offers a nice atmosphere with a huge cocktail menu.  See if you can spot a Hidden Mickey. 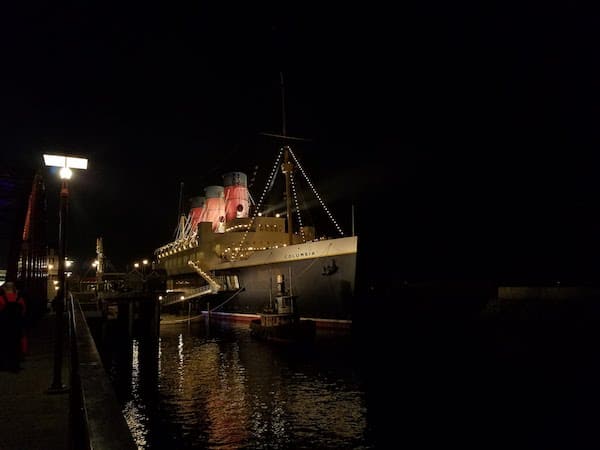 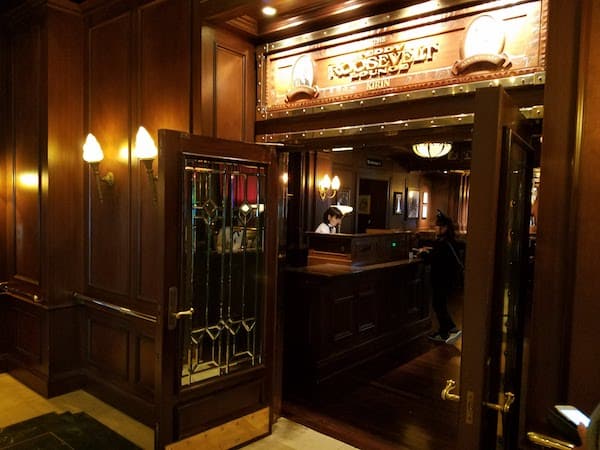 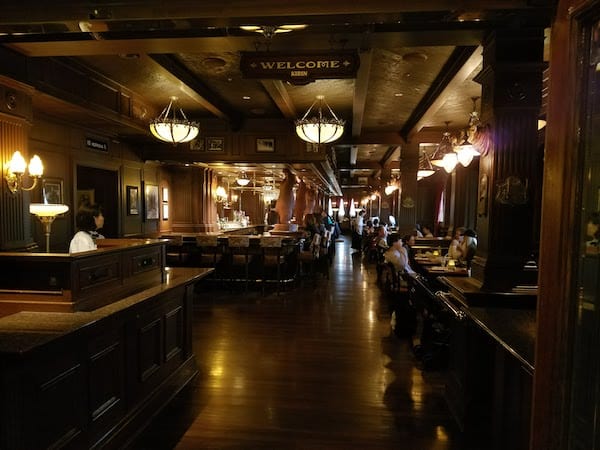 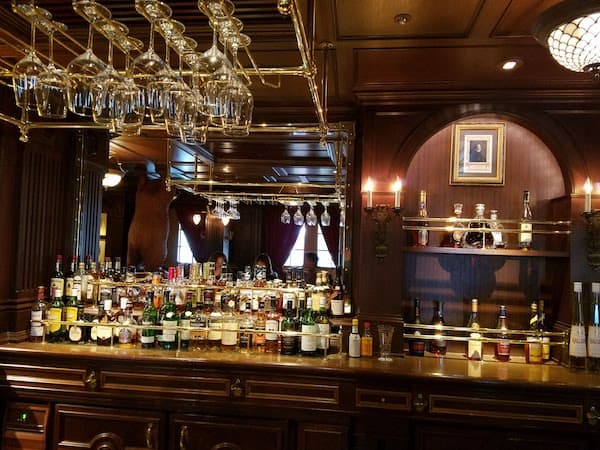 There are a million other blogs about DisneySea so I won’t go into any more detail.  Like how people dress is matching outfits/costumes when they visit.  Or how DisneySea was originally supposed to be built in Long Beach, CA.

It is a great park, one of the best, and definitely worth visiting if you are in the area.  Just try to avoid going on a busy day.

Some additional photos for fun: 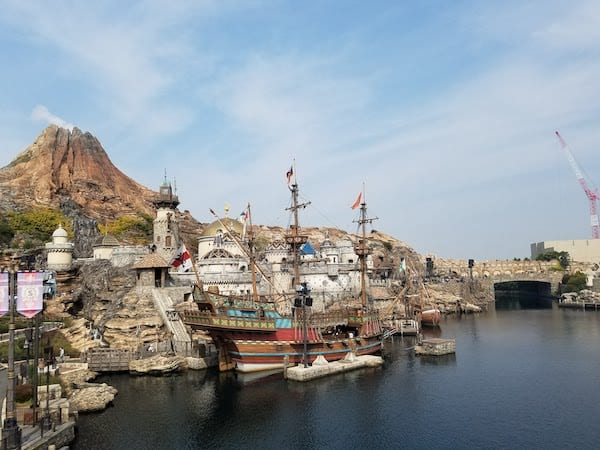 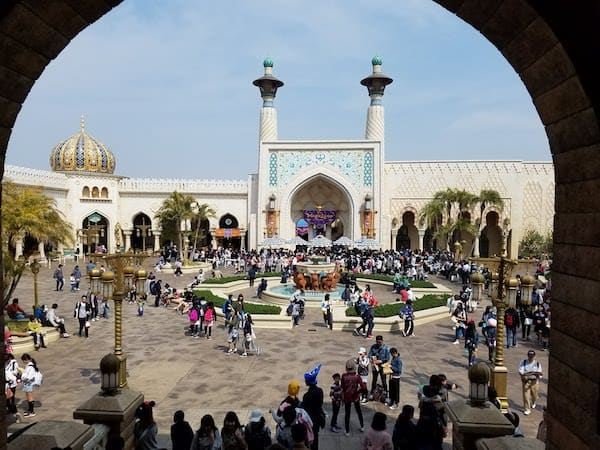 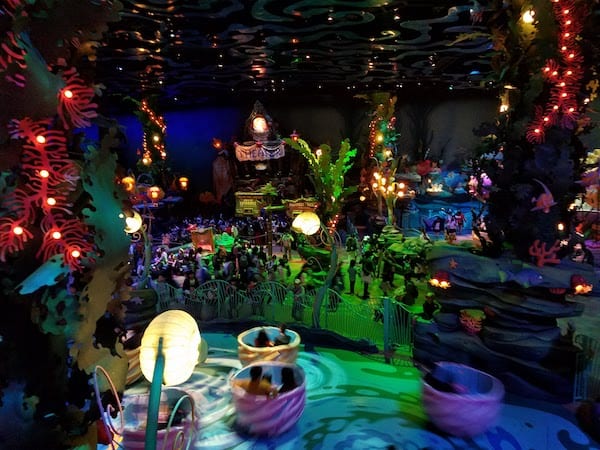 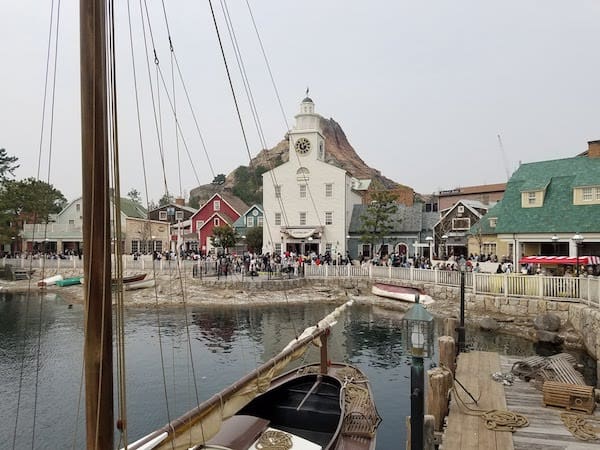 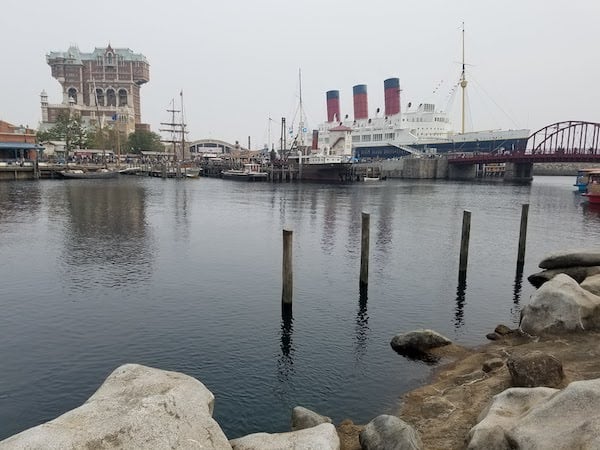 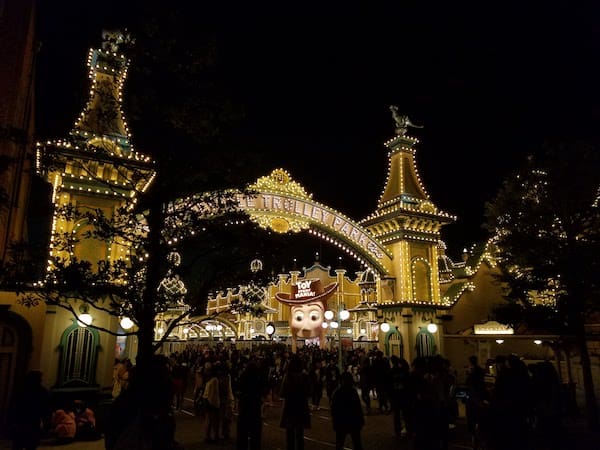 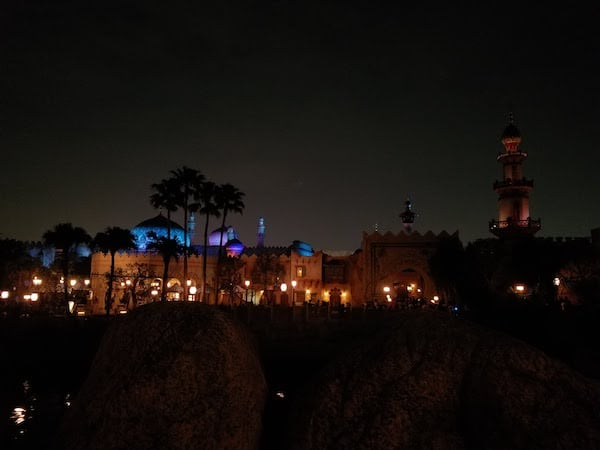