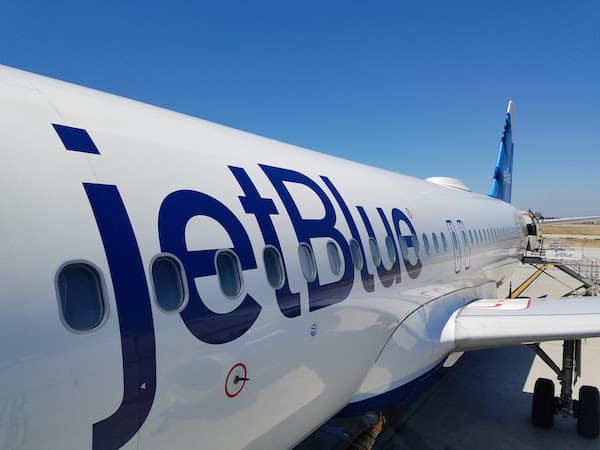 Earlier this month JetBlue was running the promotion of the year that promised to match (and then some) your Virgin America points after one roundtrip flight.   I signed up for the promotion and then status matched from Alaska MVP Gold to JetBlue Mosaic, their one level elite status.  I needed a trip before the end of August so I decided to book a JetBlue mileage run.

I had only flown JetBlue once, a quick Las Vegas to Long Beach flight.  So I was also looking forward to my JetBlue mileage run in order to try out their product. 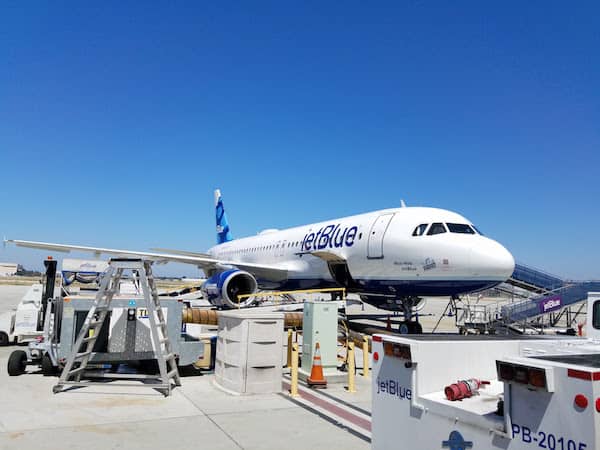 I took a look at where I could travel on JetBlue from Seattle.  The options were Anchorage, Long Beach, New York or Boston.  The cheapest was Long Beach.  Anchorage was not much more (and I would like to get to Alaska), but the timing was not as good for a weekend trip.

I found a Saturday to Sunday flight on JetBlue for $211 with decent times.

Now that American Airlines has gutted their mileage program, the 1.6 cent redemption of ThankYou Points is not as valuable to me.  So I decided to book my JetBlue mileage run with my ThankYou points.  I paid 16,161 points + $1.25 (I used up every last point for the trip). 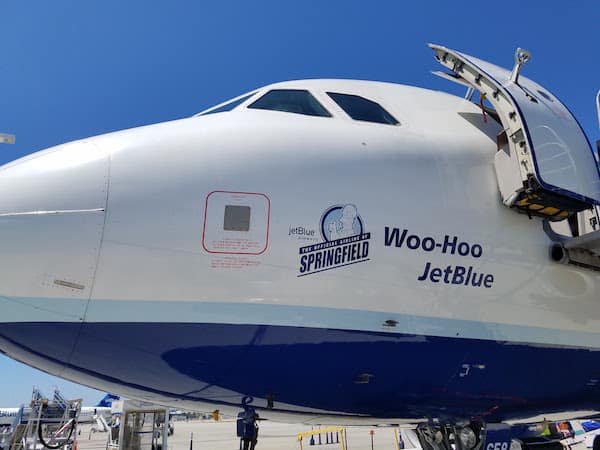 There are a few other benefits (no change fees, dedicated phone line, free checked bags, bonus points) but for my JetBlue mileage run I wasn’t thinking about those benefits.

There is an unadvertised benefit that I will talk about in a bit. 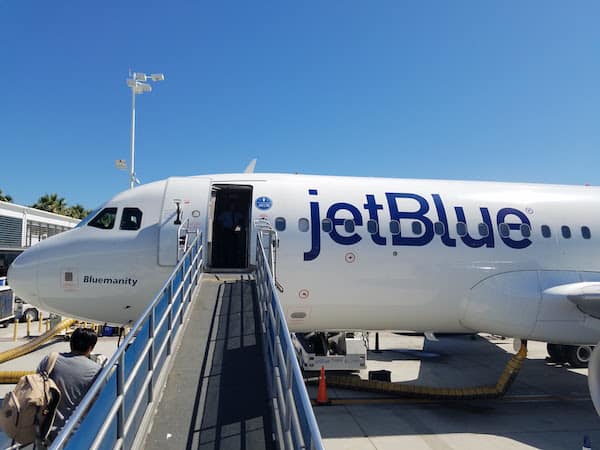 My flight to Long Beach was delayed by about 30 minutes while my return flight was on time.  When they were ready to board they called for those needing assistance.  To my surprise Mosaic elites were next, before families with small kids.  There were two of us that boarded when Mosaic members were called.  On my return flight there were five Mosaic elites and they actually read out our names when we were to board.

The only benefit I see to boarding early is to get a spot for my luggage in the overhead bin.  Otherwise I’d prefer to not spend a minute more in my small seat than I have to.  I didn’t hear a request to gate check bags so potentially everyone that had a carry on could have fit it in anyway.  But I don’t like to take that chance.

Both A320 planes I flew were older (12 years and 9 years old).  The older of the two planes showed it with wear and tear and a broken tray table. 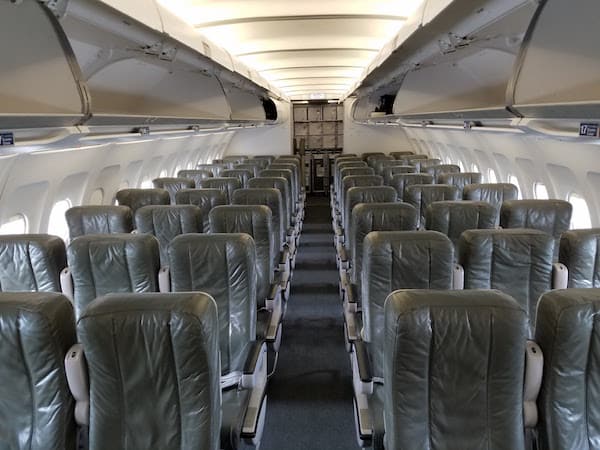 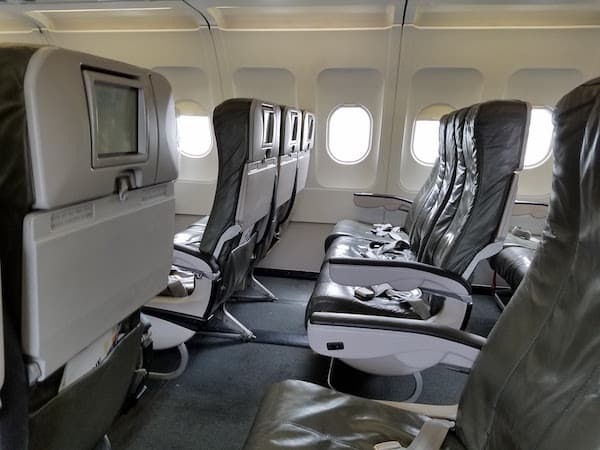 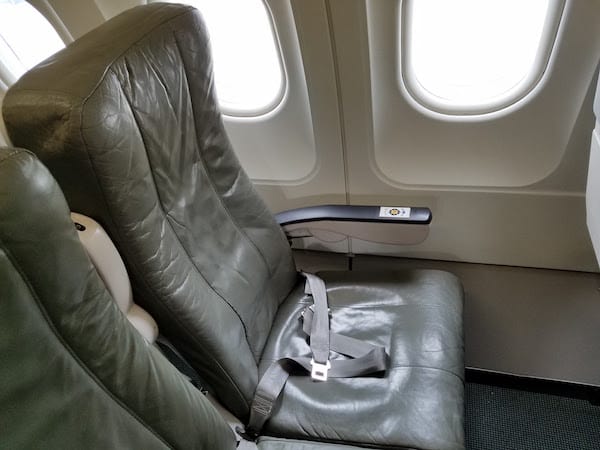 However I was pleasantly surprised by how much legroom the standard seat has.  JetBlue advertises that they have the most leg room of any domestic carrier and at 34″ on the A320 I believe it.  Of note the newer A321s have 33″ of legroom.

The Even More Space seats have slightly more legroom at 38″ (give or take depending on the aircraft and row).

One gray area of Mosaic status is “upgrades”.  JetBlue doesn’t have a First Class (except for on flights with Mint).  They do have Even More Space which is like Economy Plus in that you have added leg room and seats are located in the front of the cabin or exit row.  Technically you are supposed to use points to upgrade to these seats.  On my flight down to Long Beach I didn’t get one of these seats (I was in a window seat in the back).  However, on the way home I didn’t print out my boarding pass so ended up needing to check in at the counter.  The agent reseated me in 2A, a Even More Space row at no cost.  She said that if no one has purchased these seats you can often get upgraded at check-in as an elite.  Makes sense and glad they do this.

Once I was seated I began to play around with the In-Flight Entertainment that is (somewhat) available on the ground.  The controls are a bit clunky and embedded in the seat on the A320s.  The screens are tiny and quite low quality and lack touchscreen capability.  I am sure they were nice in 2000, but 16 years later they are quite dated.  Be sure to bring your own headphones or you’ll have to buy a pair. 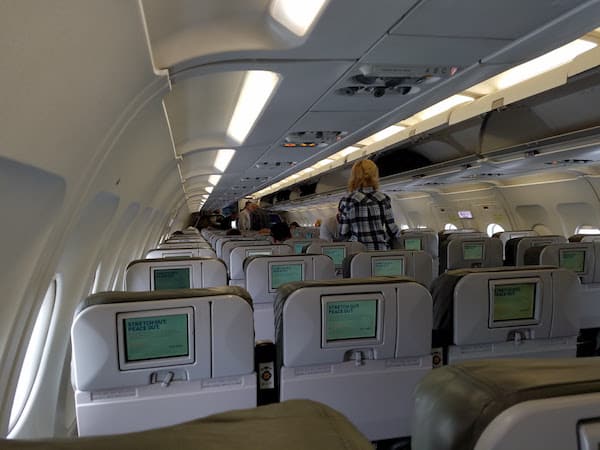 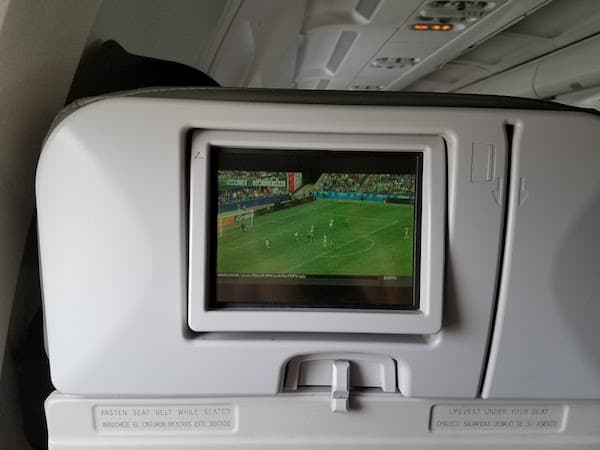 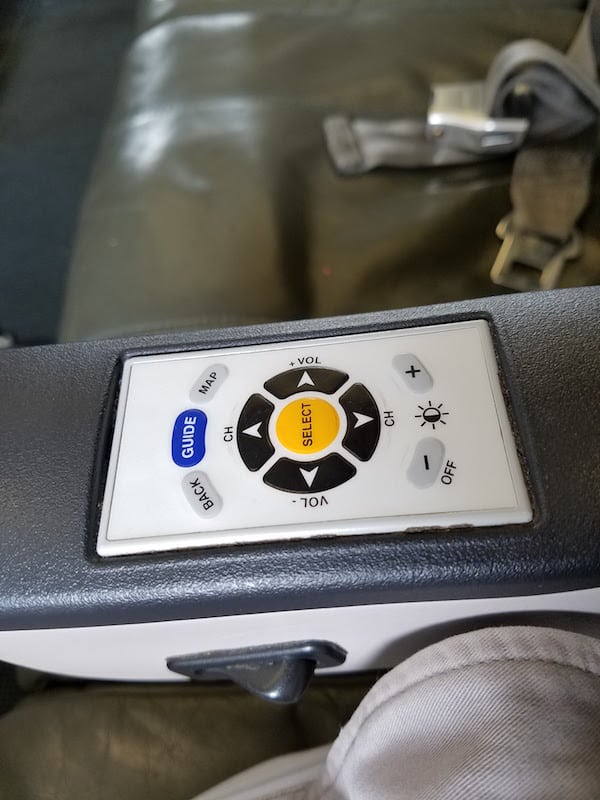 With that said, I found it quite nice to be able to watch live TV during the flight.  I watched some of the Seattle Sounders’ game against the LA Galaxy.

Besides the free live TV there are also various satellite radio stations.  There are pay movie options but note that (on the A320s) there is no on demand video so if you want to watch the movie you must decide to do so at the start of the flight or risk missing some of the film.

Perhaps the most fantastic amenity on JetBlue flights is free Wifi.  JetBlue uses FlyFi instead of the more common Gogo.  It is quite a bit faster than Gogo, both of my JetBlue mileage run flights clocked internet speeds of over 600Kbps which is more than enough for quick web browsing.  If you have an Amazon Prime account you can also stream videos for free on your table/computer/phone. 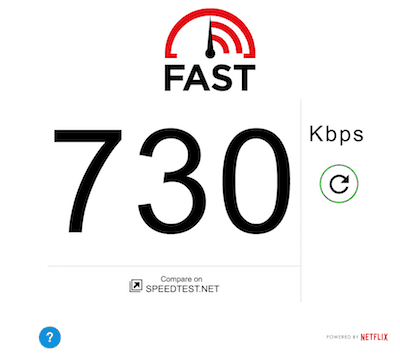 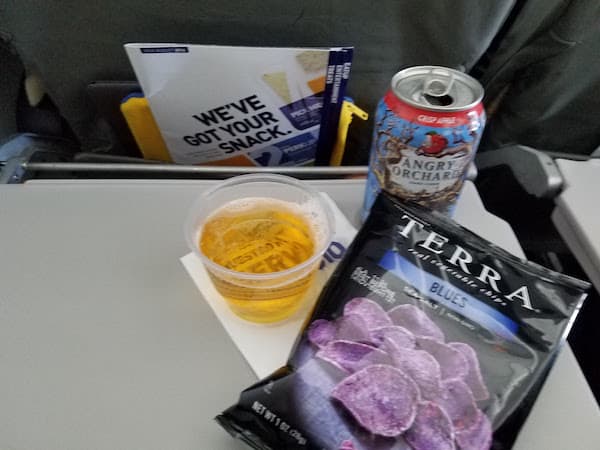 As a Mosaic elite you receive free alcohol.  Not just one drink, but as many as you would like.  On my return flight I was offered a total of three drinks (I turned down the third one, this was only a two hour flight).  They have a good selection of both free and paid drinks for non-elites.

Note: If you have the JetBlue credit card you get 50% inflight drinks, food purchases, and movies.

Overall I enjoyed my JetBlue mileage run and would definitely fly with JetBlue again in the future.  I would really like to try their Mint product when it launches on routes to/from Seattle.  Between my points match and getting the JetBlue credit card I will have over 105,000 points to use for future flights so I’ll definitely be back to JetBlue.  Mosaic status is nice but I won’t go out of my way to re-qualify for 2017. 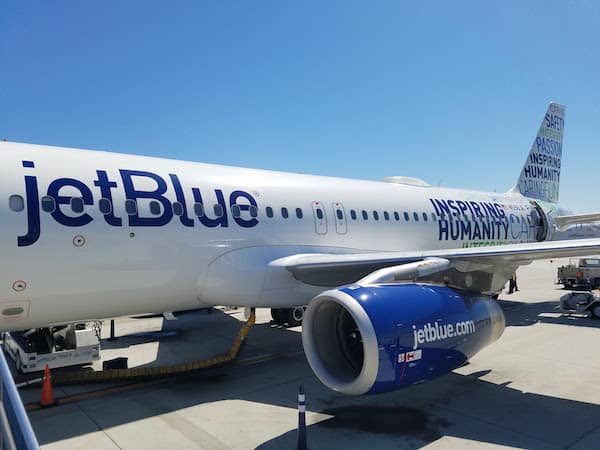