This year Alaska Airlines and Uber are teaming up for LGBTQ Pride events across the West Coast.  There are three aspects of this partnership which I go in to below.  But perhaps most interesting is the Alaska Airlines Uber Pride Contest for for reasons I’ll go in to. 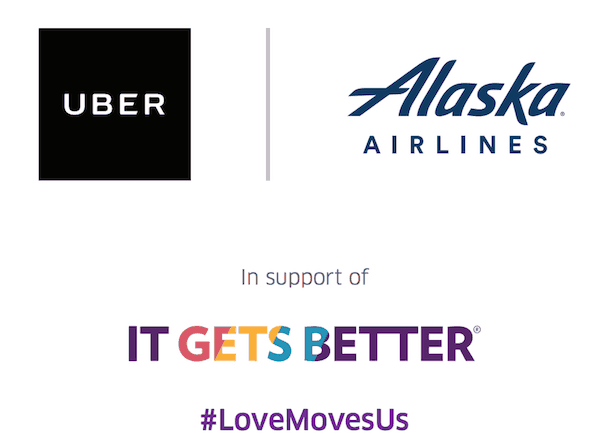 The first aspect of the partnership is a hashtag that, when you tweet it, Uber and Alaska will each donate $1 to the It Gets Better Project, a “non-profit spreading messages of hope and support to LGTBQ youth”.  Each company will donate up to $14,000 during the month of June. 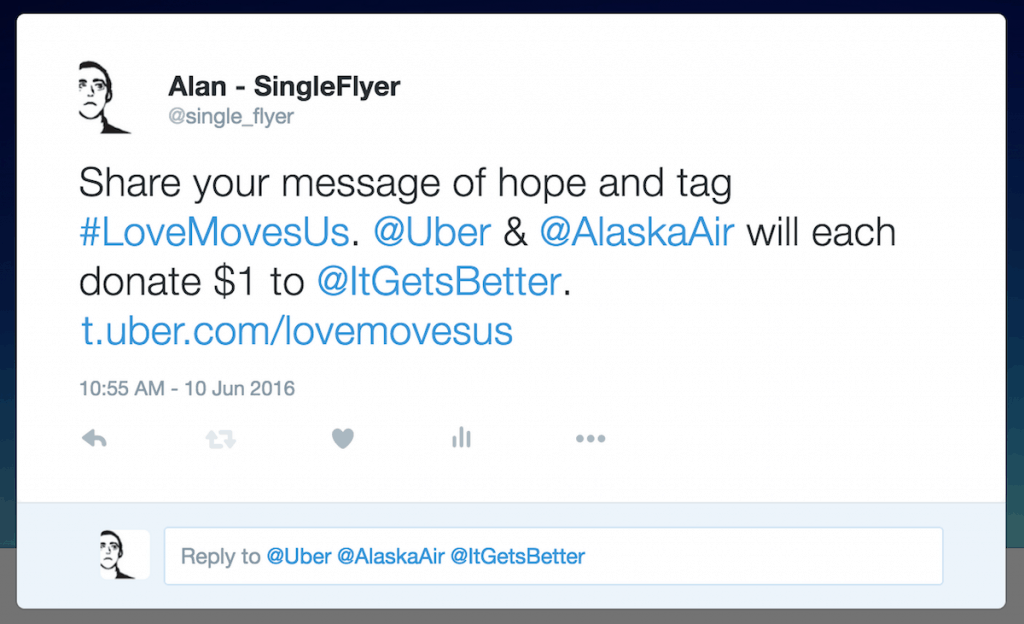 The second aspect of this promotion is 10% off a flight to a destination hosting a Pride event.  The discount code is EC7994 and works for 10% off during the following dates per the terms and conditions: 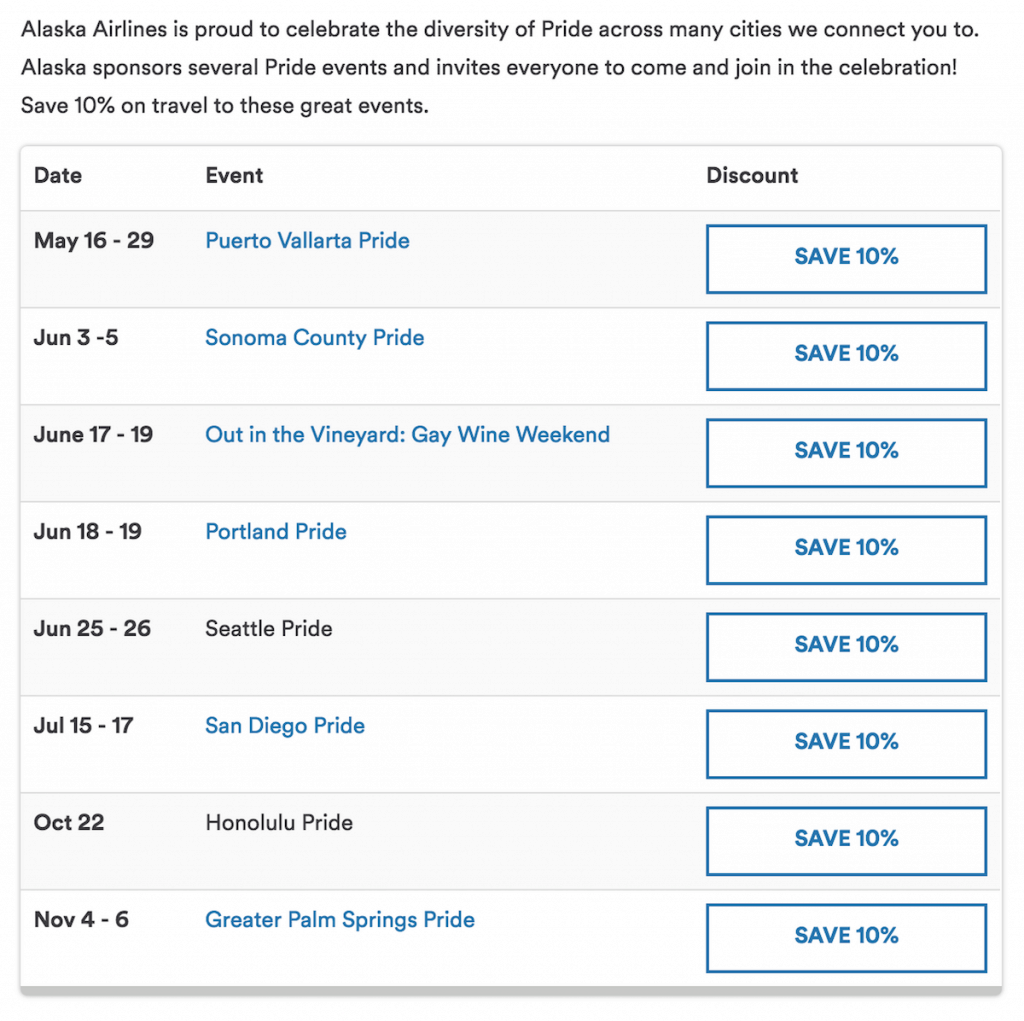 The third, and perhaps most interesting, piece of this promotion is the “Ride With Pride” Alaska Airlines Uber Pride contest.  When you take an UberPool (or UberX if the city doesn’t have UberPool) during the week of Pride in the listed host city AND enter the promotion code in your Uber app, you will be entered in a contest to win two round trip tickets to anywhere that Alaska flies.

Use the code (bolded) during the dates listed below for each city to be entered in the contest:

But, what if you aren’t in the city on the dates listed?  No problem, because, like all contests, there is an alternative way to enter that doesn’t involve you taking Uber.  From the terms and conditions:

Or enter by Electronic Mail: send an email to emailentry@uber.com specifying the name of the sweepstakes (“Uber – Alaska Airlines Pride Sweepstakes”) in the subject line of the email. Entrants must also include ONLY the following details in the body of the email: Entrant’s email address, mailing address, and name. All email entries must be received by no later than the end of the specified Sweepstakes Period. There is a limit of 22 entries per Entrant.

In other words, your email should look something like this: 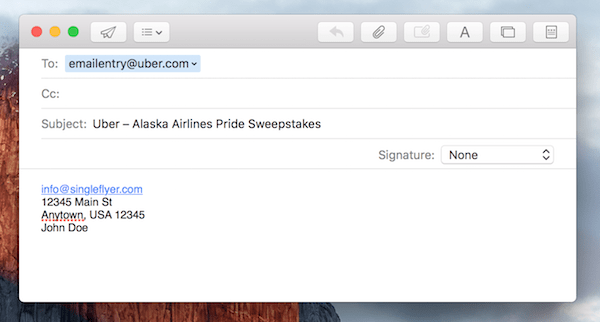 It is a pretty easy way to enter a contest — no cost and copy and pasting should only take you a couple of minutes to send the 22 emails each week.

It’s great to see Alaska and Uber supporting Pride.  Are you planning on taking advantage of the 10% off flights or entering the Alaska Airlines Uber Pride contest?