It seems that the Battle for Seattle between Alaska and Delta is heating up.  There is a new Alaska Airlines “fly nice” ad campaign running in the new Capitol Hill light rail station in Seattle.  This comes on the heels of a minor kerfuffle this past week over the Seattle Pride Parade sponsorship. 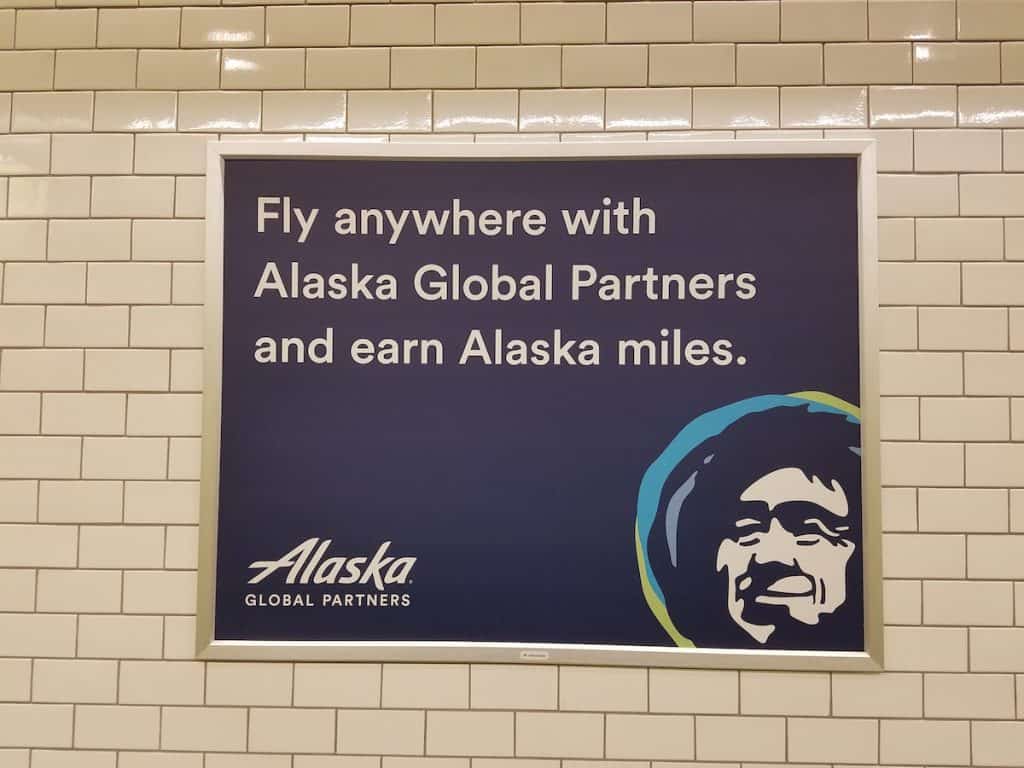 Alaska’s newest partner, Japan Airlines, is not on the sign (yet).  Delta is listed on the sign; as Delta and Alaska are still partners.  For the time being.

The posters were all clean and looked fresh.  No graffiti yet.  It leads me to believe they were put up over night.  I don’t know if this is a new Alaska Airlines “fly nice” ad campaign that we will see rolled out across the city and country or just one focused on this specific light rail station

Here are all the posters that are currently up as part of the new Alaska Airlines “fly nice” ad campaign. 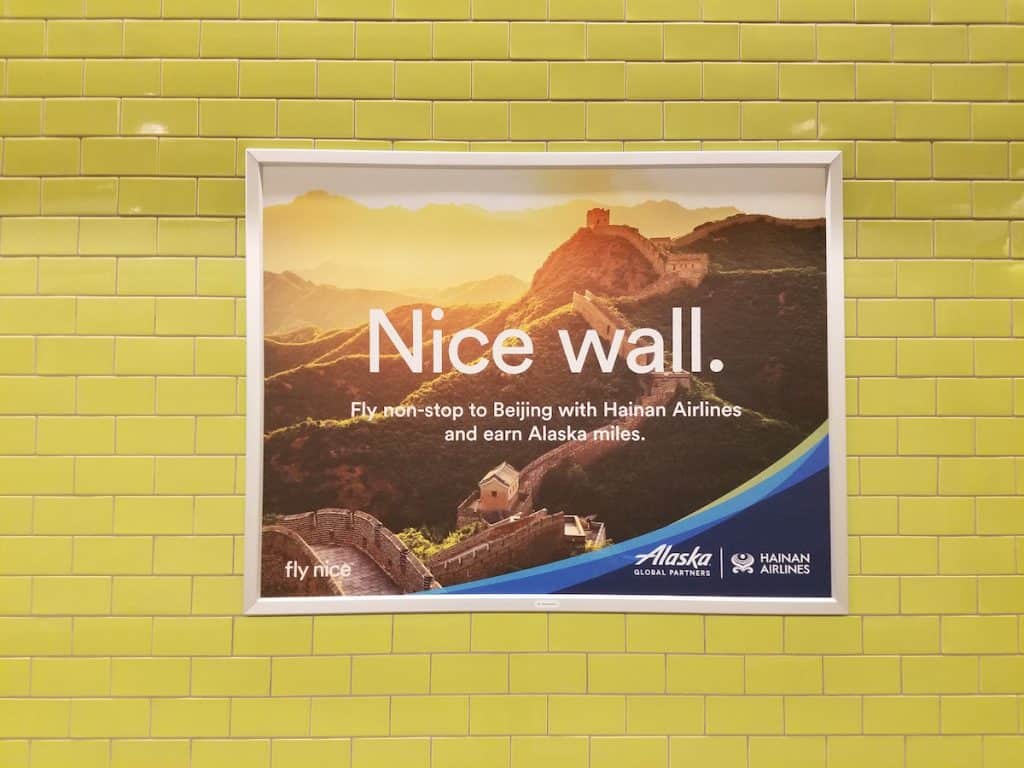 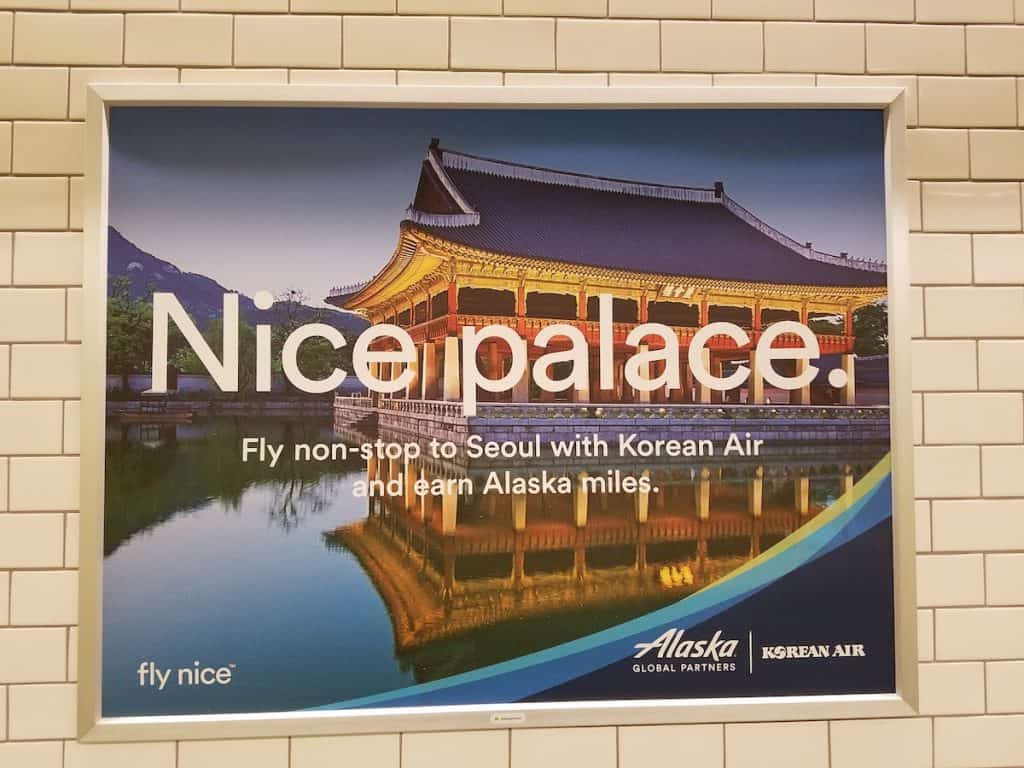 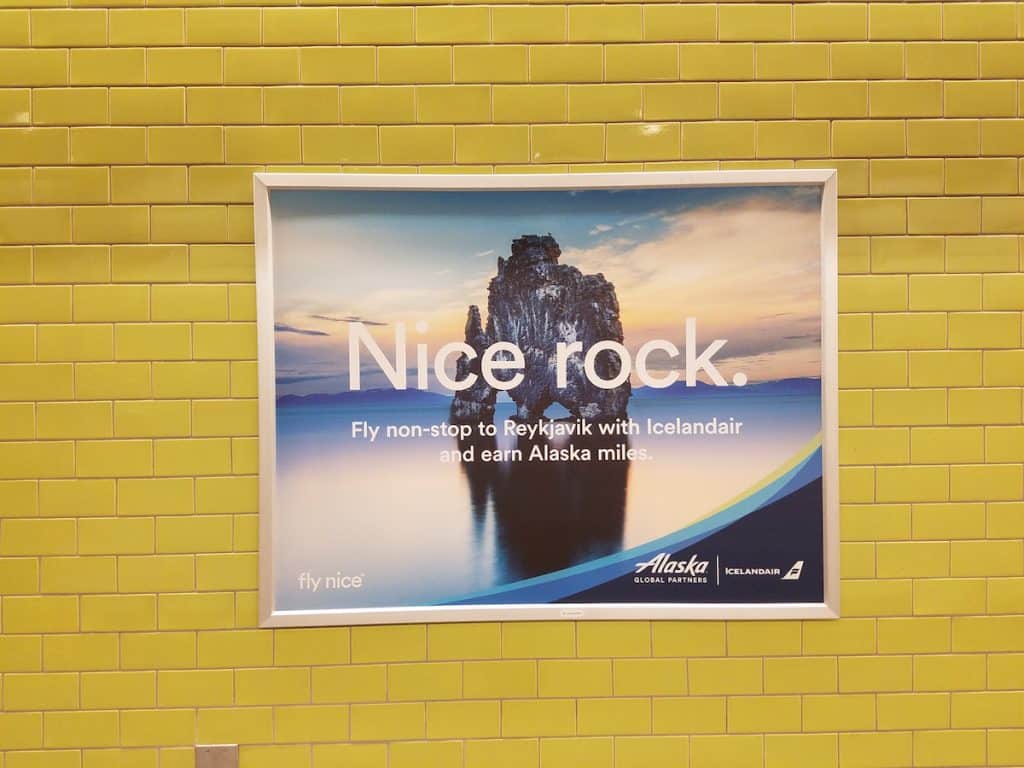 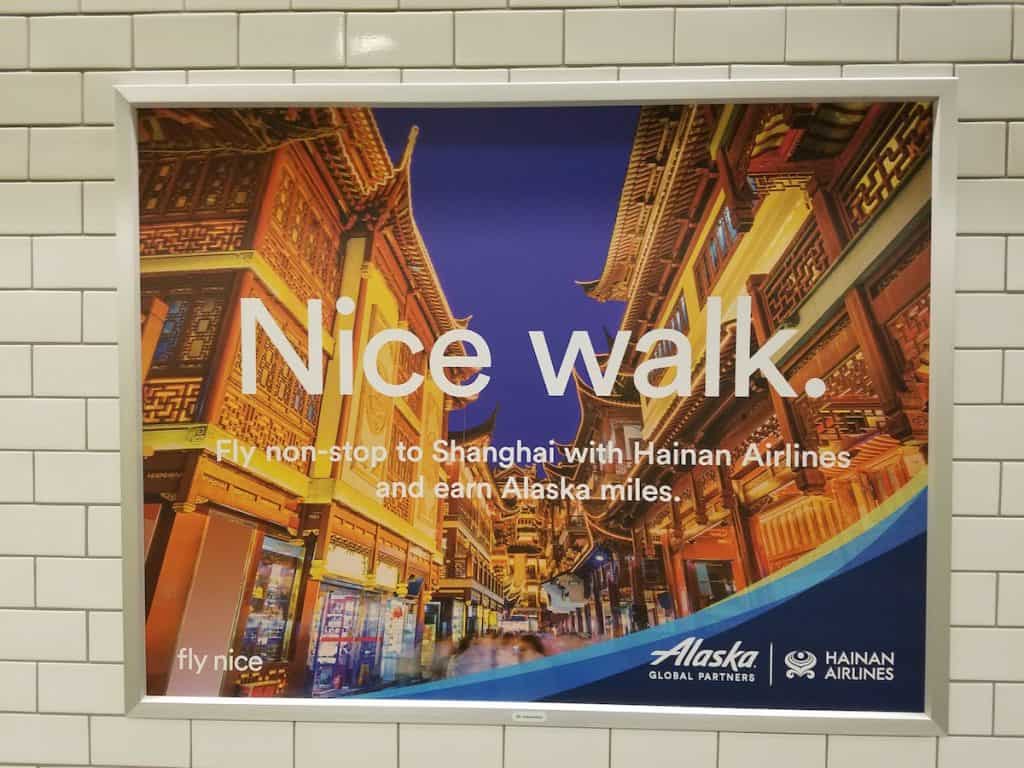 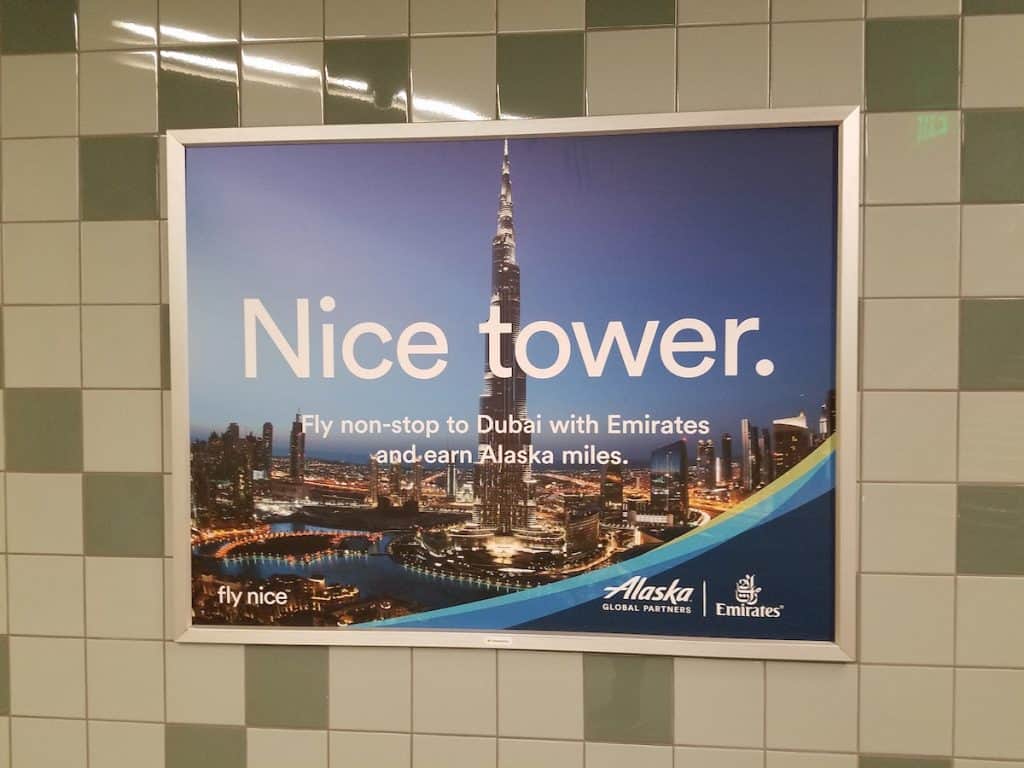 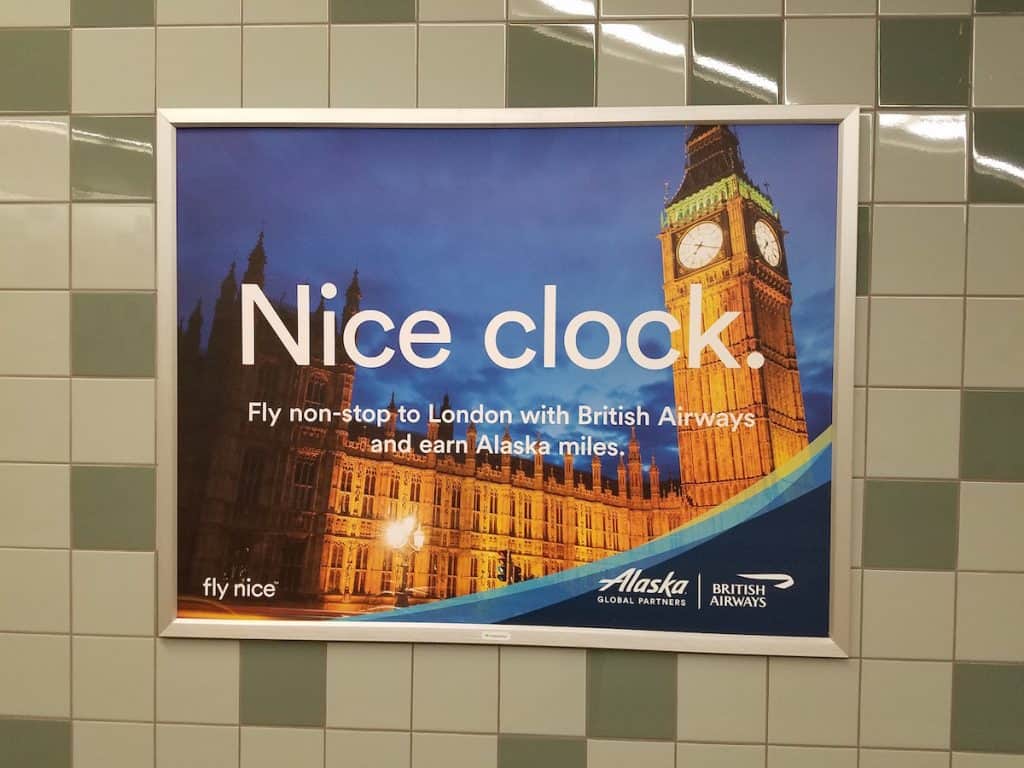 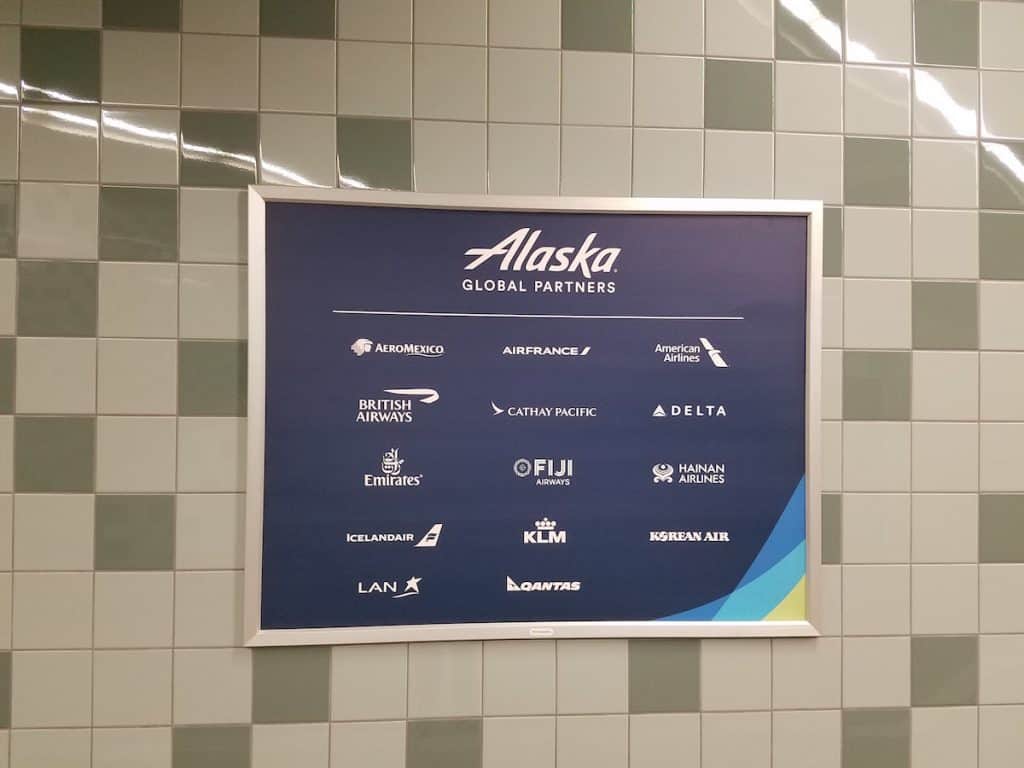 UPDATE: I was able to snag some photos of the Seattle Monorail decked out in the new ad wrap. 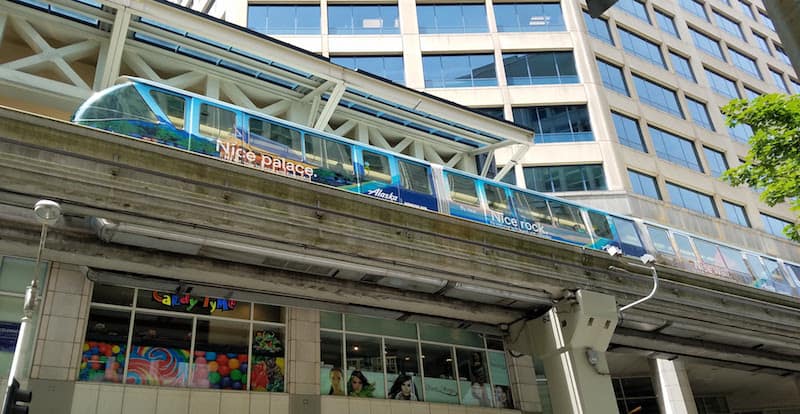