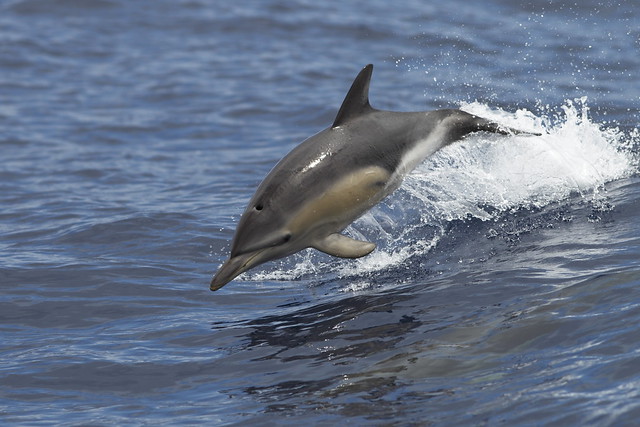 Swimming with dolphins is portrayed as a family friendly activity.  Dolphins are social and smart animals.  Hell, they are the only animals besides humans that have sex for fun!  What’s not to like?

While observing dolphins in their natural habitat at sea from the beach or even a boat is a non-invasive way to learn about these creatures, swimming with them is not.  Particularly problematic are resorts or amusement parks that keep dolphins in captivity and allow guests to pay to swim with them.

If you have seen Blackfish, you probably already know where this is going.

Dolphins are meant to be social creatures with a huge territory.  Removing them from their community and placing them in a relatively stagnant tank a fraction of the size of their normal habitat and asking them to repeatedly perform mundane tasks can cause psychosis, according to an article posted on thedodo.com.  The same article quotes one dolphin trainer who witnessed a female dolphin committing infanticide so their offspring won’t have to live in the cruel environment.

With the increase in cruise traffic to the Caribbean; these swim with the dolphin programs are booming.  Hilton has at least one property with dolphins and my preferred chain, Hyatt, is set to open a property with a dolphin tank in late 2015.  Disney and SeaWorld both have dolphin tanks.

I contacted both Hyatt and Hilton via Twitter to ask if they have statements or policies around the welfare and treatment of animals at their properties.  So far I have not received a copy of their policy/statement.  I was able to find Hyatt’s Corporate Responsibility Report from 2013-14 but this may have been before there were any animals at Hyatt properties.

How you spend your money sends the strongest message about what you value.  This includes decisions you make in regards to travel.

My encouragement would be to visit a seaside town like Kona where you can sit on the shore, dry and comfortable, sip on a tropical cocktail and watch the dolphins play from a distance, knowing that they are right where they want to be.