Last week I reviewed the Hyatt Olive 8, this week I review the other downtown Hyatt option in Seattle, the Grand Hyatt Seattle.

These two main Hyatt properties are half a block away from each other and both centrally located near the Washington State Convention Center.  The Grand Hyatt Seattle may have a slightly better location as there are multiple restaurants and a Starbucks that you can access without leaving the hotel.

Check In: I was checking in to the Grand Hyatt Seattle on a Sunday evening just after a large convention was wrapping up from the weekend.  I was impressed that the wait was less than a minute.  The front desk clerk that helped me was very professional; the usual acknowledgement of my Platinum status, notifying me of the amenities, and offering me a choice of newspapers.

Room:  I was notified before check in via email that my room was ready.  It was on the 25th floor, the highest non-suite floor in the building.  I had a standard room (King Room) with a east facing city view.  The preferred view would be west towards Elliot Bay. 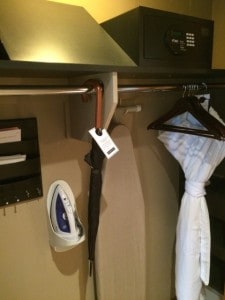 The room was large and very standard.  Lots of storage, large television with the ability to use the StayConnect app on your phone (although it didn’t work while I was there, more later).  Amenities in room included a small fridge, iron/board, two robes and an umbrella, a nice touch for Seattle.

The bed was comfortable; the only issue was outside light in the morning.  The room has automatic black-out shades that are controlled with a light switch next to the bed.  However they have small gaps on each side that allow the sun to come in which made it hard to sleep in at all.  Digital “Do Not Disturb” sign is controlled with a switch by the door.  There is a doorbell as well, although I didn’t try it out.

Bathroom:  The bathroom was very large and “grand”.  Lots of white marble on the floors and walls.  Two large mirrors.  Glass enclosed shower, although an old, non-rain, shower head.  Large soaking tub separate from the shower.  Single vanity with marble counter and plenty of towels.  June Jacobs bath products (I prefer the KenetMD). 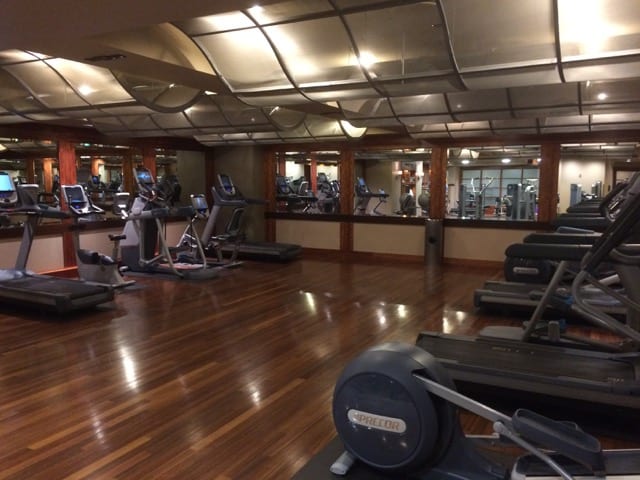 Spa/Gym:  It is definitely worth noting that there is NO swimming pool at this hotel.  I have heard you can walk across the street and use the Olive 8 pool, but there was no sign or notice of this option.  The gym was large and had new equipment.  There was not another soul in the gym when I visited on a Sunday evening. 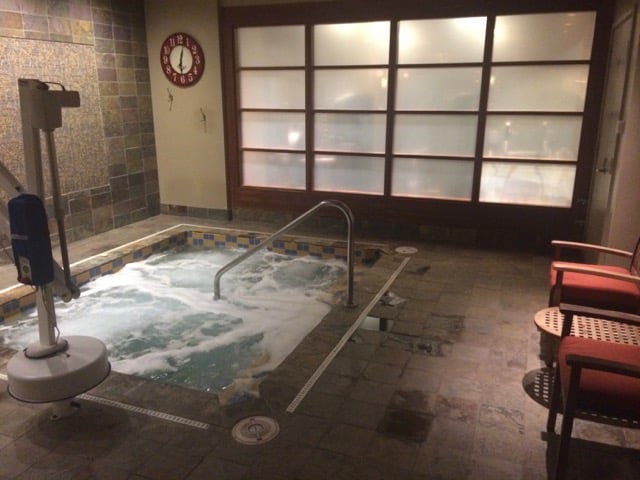 There is a medium size jacuzzi in the all gender spa area.  It was very hot, which I prefer.  Also a steam room and sauna were located in the same area as the hot tub.  All the spa areas were clean and well maintained; however it is in the middle of the building so there are no windows or natural light.  It feels a bit like you are in a cave or a basement.

Service: The only interaction I had with staff was during check-in and check-out.  I did see staff at the entrances opening doors, etc.  All seemed professional but I didn’t have much opportunity to interact.  It definitely felt more like a large hotel then boutique.

I twice tried to order up a toothbrush through the “Hyatt Has It” program, once through the StayConnect app and once through the menu on the TV.  Both times it said my order had been received, but neither times did I receive my items.  Quite different than the Olive 8 experience where they brought up my items within 5 minutes.  I am sure had I really needed anything I could have called housekeeping or gone down to the front desk.

The wifi was decent and free/open to all guests.  No password needed — just the annoying click through that most hotels have.  I found it interesting that there was no option for internet speed.  At other Hyatt’s as a Platinum member you get free premium wifi.  At the Grand Hyatt Seattle I was told that everyone was given the premium wifi.  To me it seemed more like everyone was given the standard, slower speed. 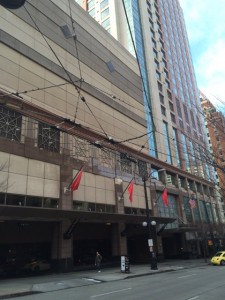 Bottom Line:  I would say the Grand Hyatt Seattle is a high end, cookie cutter hotel.  That may be a huge positive for some (you know what you are getting) or a negative for others (this is the same hotel as in every other big city).  Personally I preferred the Hyatt Olive 8 as it felt a little more unique and had a swimming pool.

I will be posting a comparison of the two Hyatt Seattle properties shortly that puts the Grand Hyatt Seattle head to head with the Hyatt Olive 8.