This summer, Seattle introduced free floating bike share program.  Pronto, Seattle’s prior bike share program, was city run and was dissolved due to high costs.  Part of the problem with the old program was that bike rentals had to be started and ended at one of the established stations.  Having learned a good lesson, the city has started issuing operating licenses to two private companies for free floating bike: LimeBike and Spin.  Here are how these two programs compare. 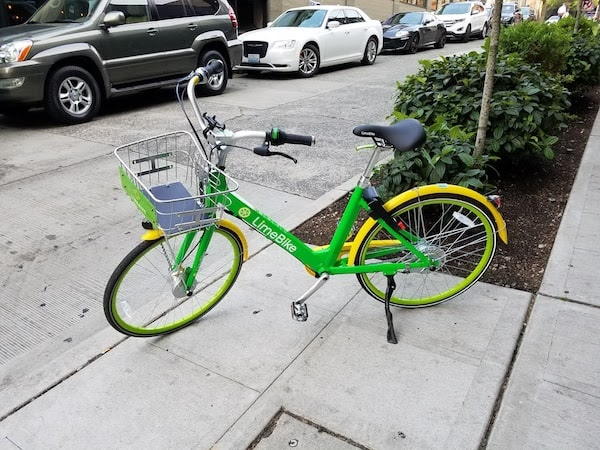 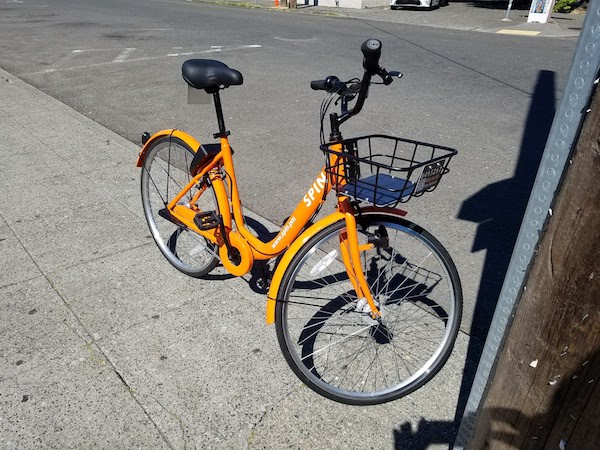 Bikes for both LimeBike and Spin cost $1 for 30 minutes.  Bikes can be located and unlocked using the a QR reader in the phone app.  Neither program allows reservations; the bikes are first come first served.  To rent a bike, you just download the app, enter your credit card info, and scan the code.  You ride the bike and when you get to your destination, just click the lock on the back wheel shut.  Your ride automatically ends.  There is no monthly subscription you have to sign up for, though both do offer a subscription for those heavy users. 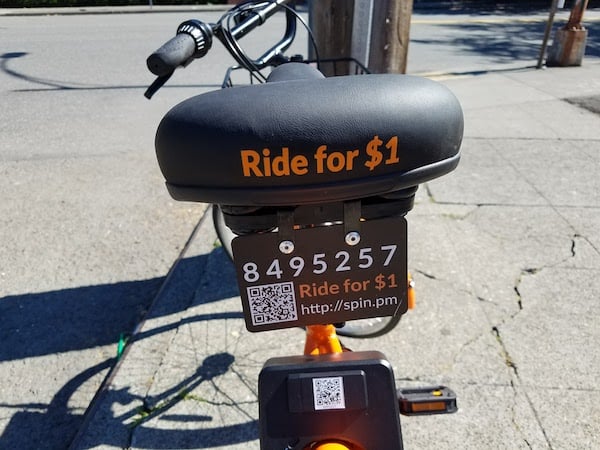 Each bike is equipped with a built in lock that automatically pops open when you start the rental. 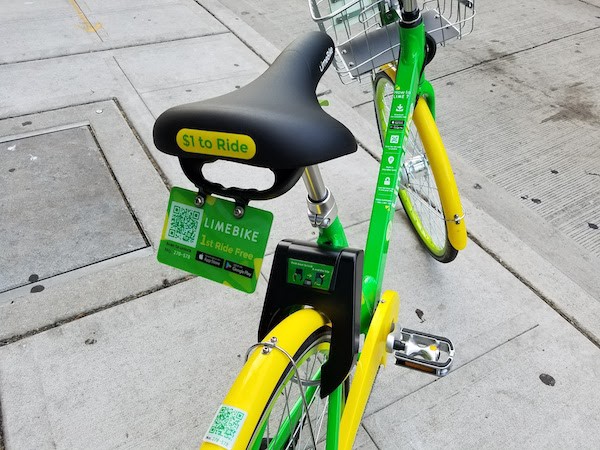 Currently both LimeBike and Spin have very basic apps.  There is a map function, though I would say about 50% of the time the bikes are not in the location it shows on the map. 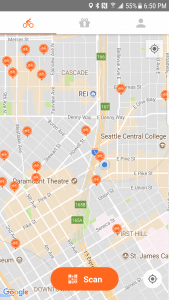 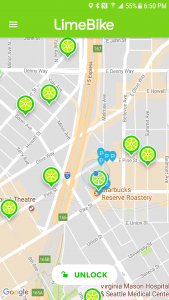 Both apps show your start and end points of the ride.  However LimeBike will show your actual route of your trip.  Or at least, that is the idea.  Most of my trips only showed my starting point. 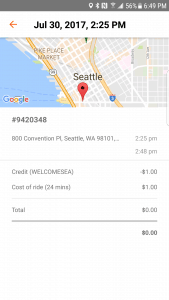 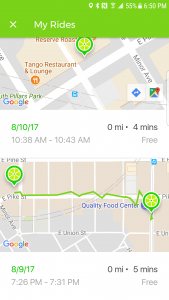 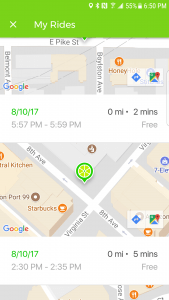 LimeBike also shows parking spots.  Which is totally useless since most any where out of the street and not in the middle of the sidewalk is a parking spot for the bikes.

Overall the GPS on the bikes seems pretty terrible.  Hopefully they will improve.

The seat on Spin bikes can be raised much higher than that of LimeBikes.  Anyone over 6′ tall will not be comfortable on a LimeBike.  However, I understand that LimeBike is working on extending seats.

Adjusting the seat, however, is much easier on the LimeBike.  You just pull a lever and the seat goes up or down but always stays facing the front.  Spin seats require you to line up the seat and if you don’t get it right, you will be sitting on a seat that is askew. 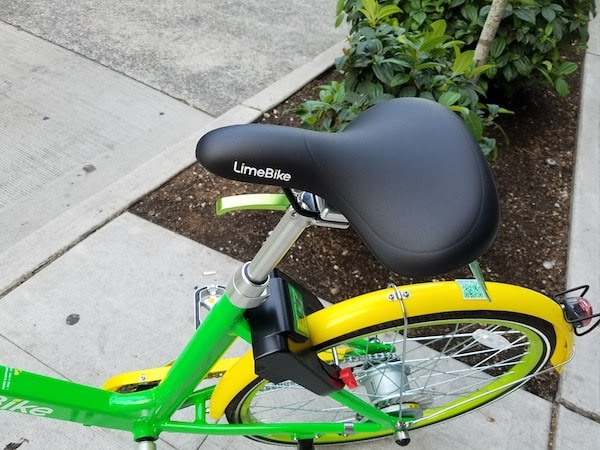 I find the kickstand on the LimeBike to be much more stable and easy to use.  Spin bikes require you to first press in on the kick stand to disengage it, and then flip it up.  Both could use some improvement. 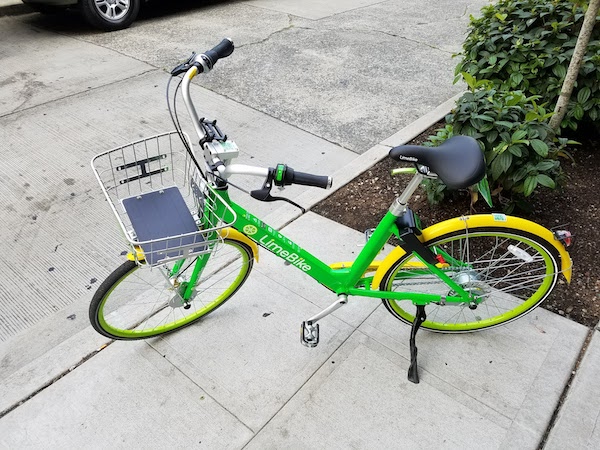 Both bike companies have gears that are very easy to control.  Spin only has three gears while LimeBike has eight gears.

Neither program offer helmets so it is BYOH.  In the city of Seattle, legally you must wear a helmet.  So for now you have to carry your own helmet with you if you want to stay legal.

Both LimeBike and Spin have lights on the front and back of the bike.  The lights on Spin must be turned on which is a bit tricky.  LimeBike automatically come on when you are riding.  Both have a bell on the left handle bar.

LimeBike has begun to install cell phone mounts on the bikes.

Both also have a basket to hold your stuff while you ride.  At the bottom of the basket is a solar panel that charges the GPS device. 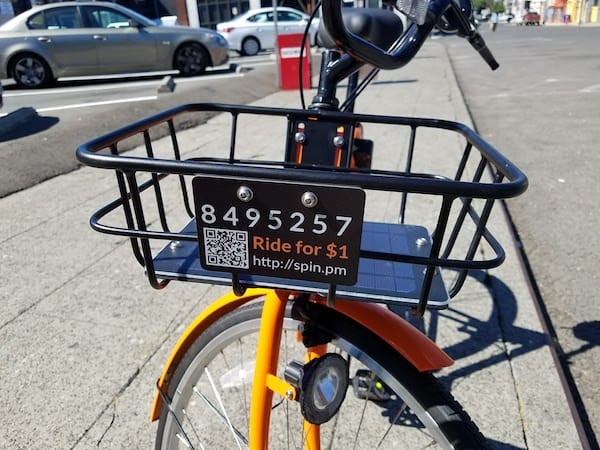 I have taken both types of bikes for numerous rides over the past couple of weeks.  In most ways I find LimeBike to be a superior product with one HUGE issue and that is seat adjustment.  Being on the tall side, it is nearly impossible for me to pedal the LimeBike.  Until they fix it, riding the LimeBike is just too uncomfortable.  So while I like LimeBike’s app, kick stand, gears and lights better, I will stick to Spin for now.

Free floating bike share is a nice compliment to car share programs for those of us urban dwellers without a car.  As much as I advocate for safety, I think Seattle will need to do away with the helmet law.  It just isn’t practical for short trips (which is really what these bikes are for).

I hope free floating bike share programs take off.  I will be interested to see what happens in the winter.  Right now I see a lot of people riding the bikes.  In fact, I had barely ended my trip tonight when the next rider was approaching the bike to start his rental.  But in the rain and cold of Seattle, will people be as apt to use the programs?

2 thoughts on “LimeBike vs Spin: Bike Share in Seattle”