In the world of travel, customer service is hugely important.  When your flight is delayed or you have an issue checking into a hotel; customers need help immediately.  With the rise in social media use, Twitter has become a front line for customer service.  And expectations are high; waiting an hour for a response can be a big deal if you are going to miss a flight or locked out of a hotel room.  Because of this, I believe that bad social media is worse than no social media. 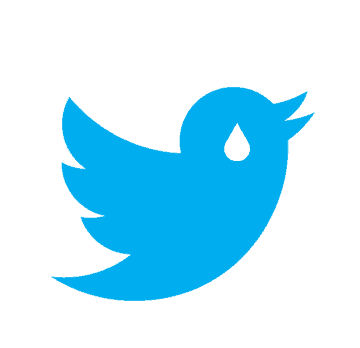 I decided to do a mini study on Twitter response times for various corporate accounts that specialize in travel.  Here is what I did and my results.

Background I looked back at my Twitter timeline and identified Tweets I sent to four companies over the past couple of years.  I picked the companies I have Tweeted a good number of times; the more data points the better.  Two airlines (Alaska and American) and two “hotels” (Hyatt and Mlife).

I sampled the most recent 15-20 interactions I’ve had with each of the four companies.  Obviously this does not meet scientific rigor but it provides some interesting data.  These Tweets were sent at all hours of the day and night — not just during business hours.

I recognize that I use my blog Twitter handle, so that may bias the response times.  But to be honest, I am a small fish in a big sea of bloggers and I doubt I get special treatment over other customers.

Both Hyatt and Alaska Airlines have a fantastic Twitter presence.  I received a response every time I Tweeted at them.  And received it quick.  There was actually one outlier for Alaska that I removed as it was after the purchase of Virgin America and a very technical question that required research.  I decided not to include that as it really didn’t seem fair.

I was also impressed by responses that came at inopportune times.  For example, when I tweeted Hyatt late on New Years Eve, I still received a response in 6 minutes.  I reached out to Alaska during a snow storm in Seattle when many of their flights were being canceled.  While phone calls had 3+ hour wait times, I received a response on Twitter in 1 minute (even though it just directed me to call in, they ended up being able to help via Twitter).

@single_flyer Unfortunately our Social team cannot rebook. You will have to contact Reservations at 800-252-7522 -Jordan

American Airlines actually performed better than I thought it would.  However, the data above doesn’t show the entire picture.  On two occasions I received incorrect information from the Twitter team.  Another response was just a link to a customer service feedback survey instead of helping to solve the problem I had encountered.  And while their response time is quick, sometimes the response was a simple, “I’ll look into this for you”.  Nice to receive a response, but a quick answer would be more helpful.

@single_flyer We’re sorry to hear this.. Please share this with Customer Relations once your trip is complete via: https://t.co/DsN2Kur8Cu

Mlife, the parent organization of many hotels and casinos in Las Vegas, was by far the worst of the companies I looked at.  However, they aren’t strictly a hotel company.  Still, they are in the hotel business and for that reason I think they need to be more responsive with their social media.  I often had to wait a full day before receiving a response — even when it was something to do with my hotel room for that night.

There are other companies that I have had negative experiences with, but I don’t have enough data points to generalize my experience.  Uber and Cheapoair are two that come to mind that simply never responded to my Tweets.

In my opinion it would be better not to have Twitter at all if you are not going to be responsive.  In this age of social media, customers tend are reaching out first via Twitter rather than calling a 1-800 number. At the very least companies should put their toll free number on their Twitter profile and note that Tweets may not be responded to in a timely fashion.

What has been your experience with customer service on Twitter?  What are your favorite company Twitter accounts and your least favorite?