On my way to Istanbul, I had a 24 hour layover in Houston.  I was able to secure a room at the Hyatt Regency Houston for $112 online through the Hyatt Best Rate Guarantee.  As of March, 2019, the property is a Category 2 which allows for cheap award night redemption.  It is located in the heart of downtown so it is necessary to rent a car from the airport.  There are other options closer to the airport, but this ended up being the cheapest Hyatt property in the Houston area.

The Hyatt Regency, at 30 stories, is dwarfed by the surrounding office tours.  The valet area was under refurbishment during my stay, so the smaller main entrance was used instead.  Valet was $35 a night.  There were parking garages near by as well for slightly cheaper.  The streets around the hotel are all one way, so be prepared to circle a couple times throughout your stay. 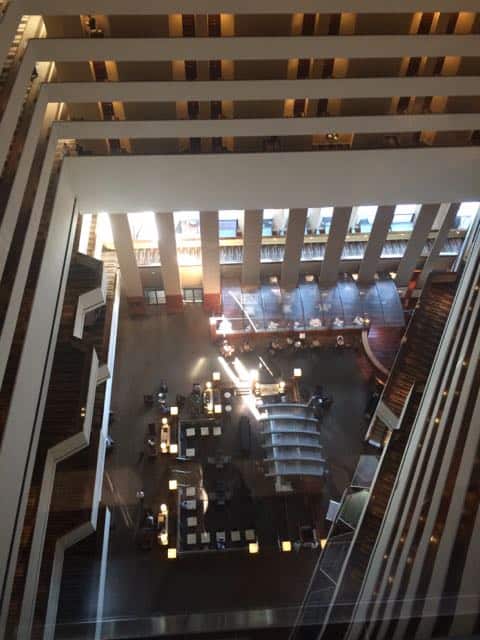 The lobby gives way to the 30 story atrium.  7 (or so) elevators service the 30 floors so never had to wait more than a few minutes.  This is clearly an older Hyatt property and to be honest a pretty bland property.  On the main floor is the check in desk (I used the Ask Hyatt app to check in), the lobby bar, an Einstein’s Bagel, and Shula’s Steakhouse.  There is no Regency Club (although there was a strange lobby on the first floor that had nothing in it except for some couches, not sure what that is about), so breakfast is available for HGP Diamond members as room service or breakfast at Shula’s where you can order off the menu or eat at the buffet.  I had a delicious sticky bun french toast. 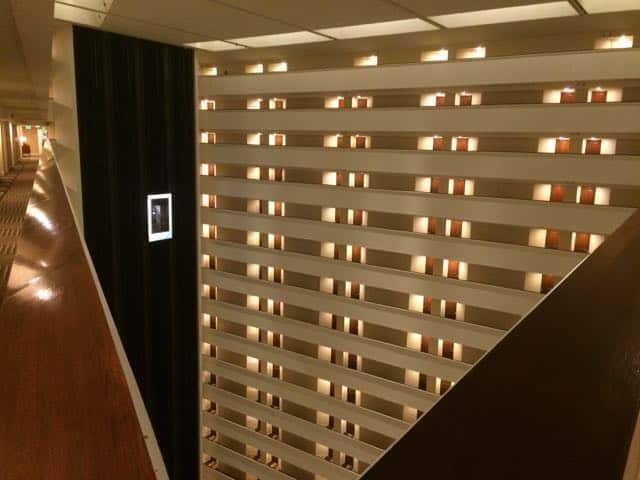 As a Diamond I was assigned a room on the 28th floor.  Again, there was no Club, so no Club floor.  There is no reason that this property does not have a Regency Club.  I can’t imagine it would take much to to covert three or four of the 947 rooms into a club. I am guessing the breakfast wouldn’t be as good as eating at Shula’s, but it would be nice to have the opportunity to enjoy happy hour and get a snack midday.

Rooms: The room itself was nice and relatively modern.  Definitely on the smaller size.  We were fortunate to have a high floor and a room that was off a bit of a side corridor (2813) as I have heard in other reviews that people can often hear noise from the lobby bar well into the night.  As it was, we didn’t hear a peep. 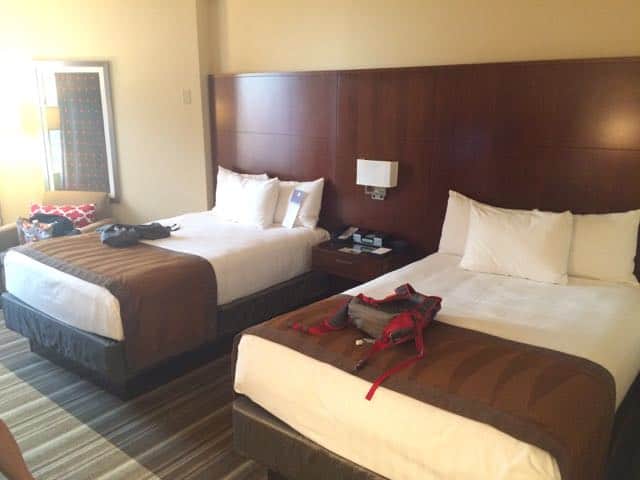 The room was in good shape and clean.  Like many properties, it had a dearth of outlets by the bed.  We did not have a connector room which also added to the silence.  Standard flatscreen tv, coffee maker, safe, and mini fridge.  Of course water was provided for $3.50 per bottle.  This would be fine normally, but since there was no Club your only other option was the vending machine down the hall.  Note to Hyatt: perhaps include free bottled water at properties where there is no Club. 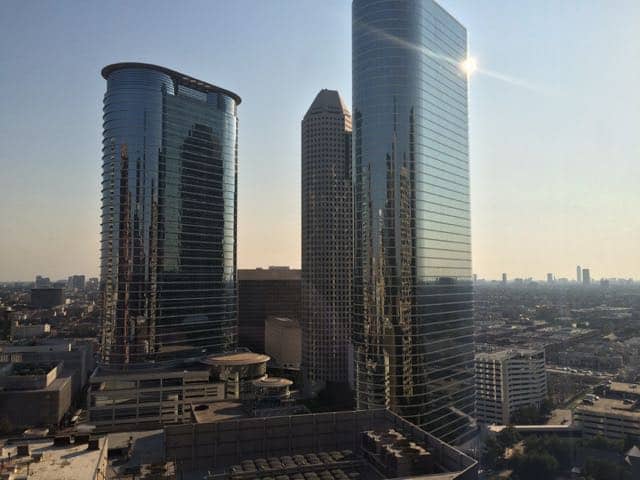 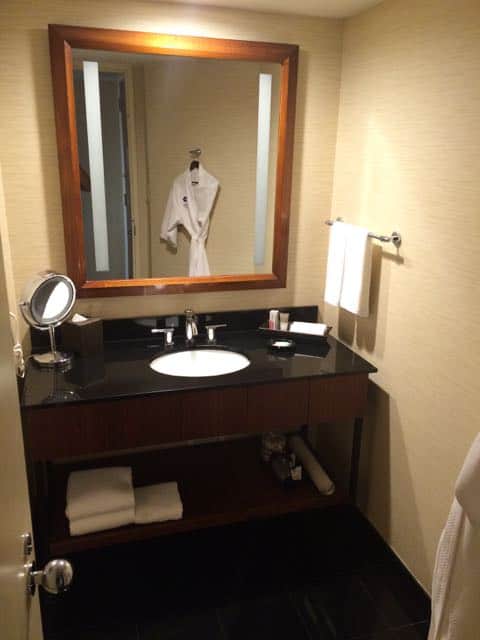 Bathroom:  The bathroom was oddly shaped but roomy.  My particular bathroom looked like it had some water damage and the ceiling had to be cut in to.  Instead of repairing it properly, they screwed a piece of plastic to cover the hole over the shower.  Rather tacky.  Standard shower/tub combo with plenty of shelf space.  Only one vanity.  The mirror looked like it had lights built in but I couldn’t figure out how to turn them on. 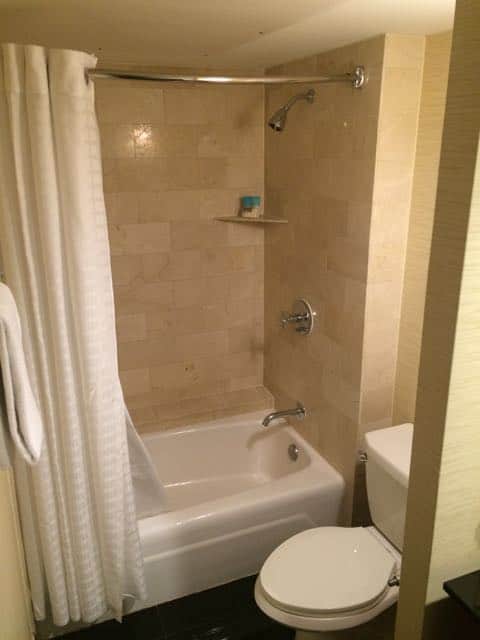 There was a pool, but I didn’t make use of it in my short stay.  However, their literature claimed it was the “best pool in Houston”.  Somehow I doubt that, but since I haven’t seen any pools in Houston, perhaps it really was as magical as they say (or else all the other pools in Houston are terrible).  I don’t believe there was a hot tub.

Service: Since I used the Ask Hyatt app to check in, the only interaction I had with the front desk was during check out.  The agent I spoke with was friendly and acknowledged my status but nothing more.  The valet staff were all friendly and very prompt; the car was always waiting for us when we called down.  The staff at Shula’s was average.

Bottom Line: Regency properties rarely “wow” me (with one exception).  The Hyatt Regency Houston lived up to my expectations; which is to say it was very average property.  I can’t say that anything was problematic but at the same time nothing impressed me.