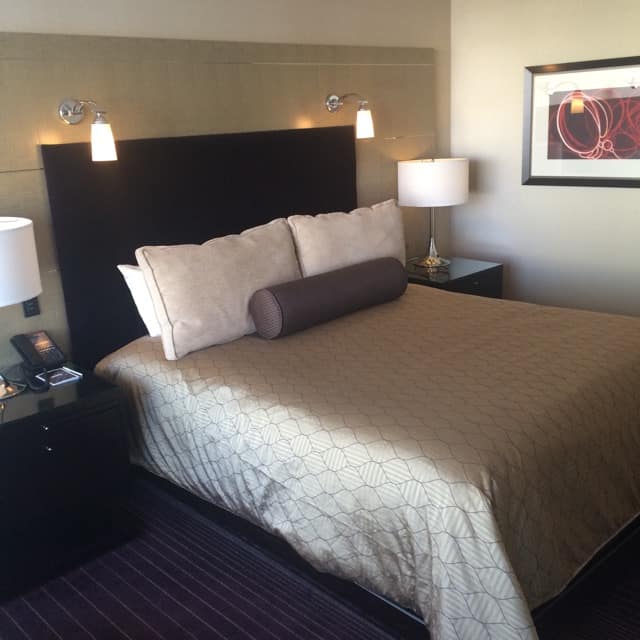 As a solo traveler, I prefer a single king bed in my hotel room.  I like having a bigger bed to stretch out in and more usable space in my room.  Having an extra bed in the room doesn’t benefit me.  So what goes into the decision to have a king bed or queen beds in a hotel room?

In the the book Hotel Design, Planning, and Development (Penner, Adams, Robson), which for the record I have not read from cover to cover, the authors break down hotel guests into the following groups (I am paraphrasing here):

I would also add a small subset of leisure group travelers that would prefer two queen beds (i.e. two millennial friends traveling together).  At least in America platonic, especially male, travelers prefer not to share a bed.

Rightfully, there is no formula for a hotel on what percentage of rooms have one bed vs two beds.  My guess is that it is dictated by what type of guest the hotel is marketed towards.  For example, an urban hotel near a convention center will likely have majority single king rooms.  A property by a theme park would likely have majority two queen or double rooms.

A hotel that is catering towards both leisure and business would likely have more rooms with two beds.  While the cost of having two beds in a room is higher (double the linens, double the mattresses, more housekeeping time to change sheets, etc), the versatility is much greater.  You can always put a single guest in a room with two beds without much fuss.  Putting a family of four in a room with only one bed will make unhappy guests.

A quick, non-scientific scan of hotel rooms in/near Seattle (where I live) found a mixed bag; many hotels charged one price for a room (no matter if it had one or two beds).  The ones that did charge a difference tended to be the more business oriented hotels; and they charged a premium for two beds, likely due to less supply.  One hotel even put a disclaimer: “[Hotel] cannot guarantee double/double requests.  The hotel has limited double/double guest rooms.”

When I compared this to Orlando (near Disney World), I was surprised to find the same pattern if the property had rooms with only one bed.  Many of the hotels I looked at only had rooms with two beds.  This also seemed to hold true when looking at hotels near airports.  When I have stayed in Vegas, I can think of at least one hotel that charges an extra $30 a night for two beds (likely because they expect it will be groups staying in these rooms, not families).

I am a nerd when it comes to the hospitality industry, so I find thinking about this interesting.  For most of my readers, this probably seems like the most boring post ever.

What about you other solo travelers?  Do you prefer a single king or does it make no difference to you?